SOUVENIR: The ‘Monday Is OK’ Mix Pals Claire Voyant and Elle Andrews don't care for following trends; a refreshing characteristic amongst the uniformity of the dance music industry. Playing under the guise of SOUVENIR, the pair host a regular show on their local station, Peckham linchpin Balamii Radio, bringing their diverse influences, from dedicated digs and a life spent growing up in South London, to the airwaves each month.

Over the four years they've played together, they've continued to approach their sets with a complete sense of ingenuity. Trust us, you can hear it. Ahead of their slot at Field Manuevers this year we're excited to host a mix of experimental and immersive selections that will give you a window into what SOUVENIR do best…

We are two pals who have been playing records together for around four years.

Claire: I am the shop manager of Rye Wax, Peckham and co-founder/director of The Run Out – a free festival reacting to the growing commercialisation of RSD by supporting independent music culture and local artists and labels.

Elle: I am a Photography teacher from South London; I’ve been dj’ing for about 10 years.

I suppose it sounds like various influences from having grown up in South London, stitched together, in a coherent way that’s personal to us. Primarily we started playing together in raves but we are equally at ease doing experimental home listening mixes. 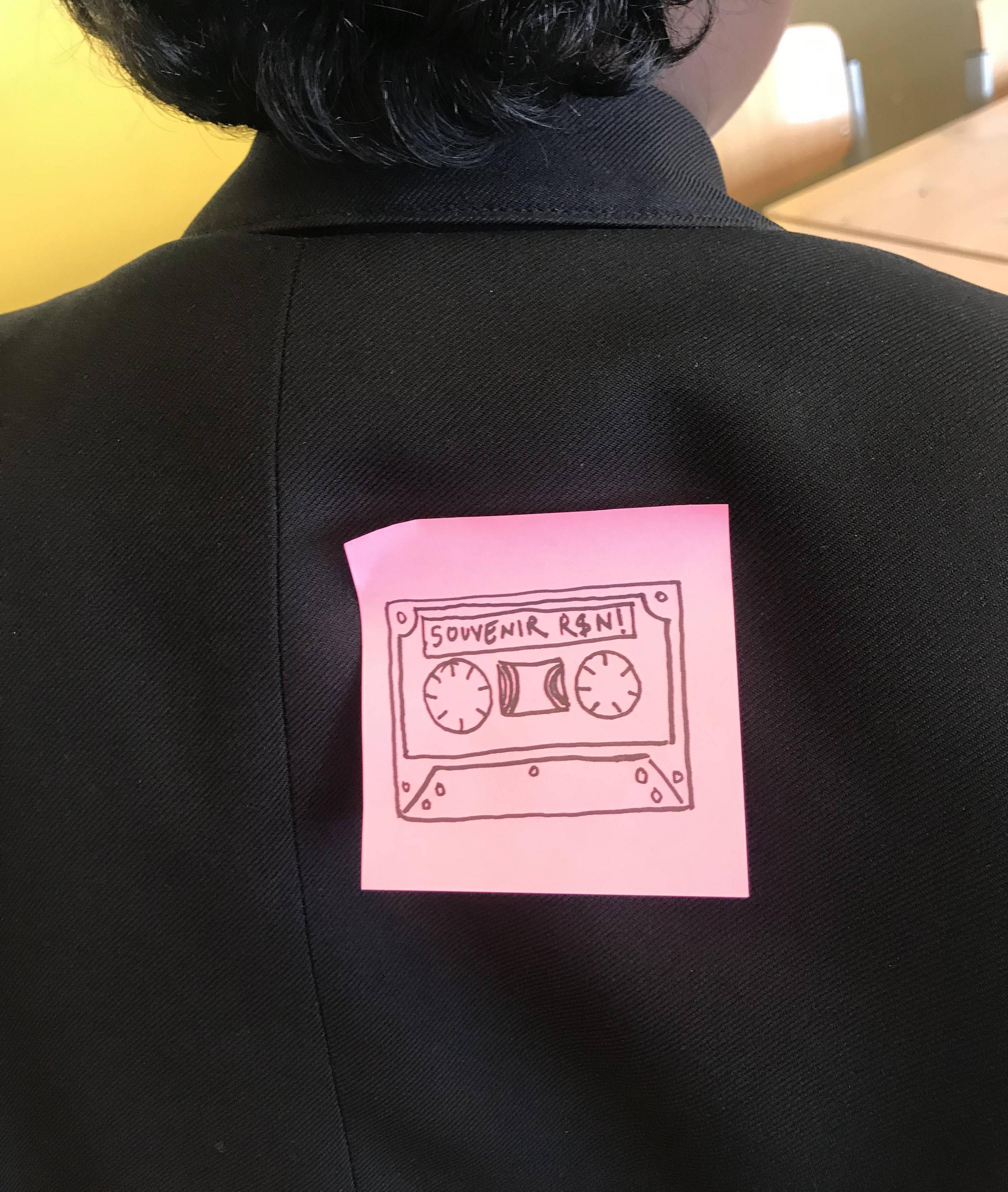 You might get a couple of funny looks at points but you could definitely get away with this one at work.

We recently did a live recording on Operator Radio in Rotterdam, the set up there was ace; the booth is set up high, overlooking a really nice outdoor bar with plants everywhere, the sun was shining through the booth. All of the equipment, including the turntables, had been properly serviced and sounded top.

Claire: Weird Weather's 'Tongue Drum' – in fact it's so good I'm releasing it on a label called Whip + Lash. We'll be doing a limited run of dubplates with Peckham Cuts, available on Rye Wax's website.

Elle: I included a track by Helm off the new Chemical Flowers LP, which is easily one of my favourite LP’s of the year so far.

Claire: Old Liaisons Dangereuses, Baldellis, the Daft Punk BBC Essential Mix from 1997 – bit cheesy in places but it's a banger.

Elle: Not sure about of all time but one of my favourites of late is Mother’s 12th Isle Forecast.

Elle: I had two chunky but precarious Numark turntables, and a shonky 2-channel Gemini mixer. We managed to record this mix on my current set up so I guess there has definitely been some improvements.

Claire: Technics with coins blutacked on top of them with cable ties around the carts where the handles snapped off and a sock replacing a missing foot and a Vestax PCV 275 with half the inputs in the back missing. Now I've serviced everything and got some proper functioning gear.

Claire: When playing out, the beginning – I think it's fun to set a slightly different tone to what was before.

Elle: The first and last tracks are obviously key to any good set but as a duo we’ll often pick out the new material we’ve recently found and try to build our set around incorporating those elements and making them flow. I think it’s most important to get the tracks that we’re both really excited about singing together in the set.

Elle: Low Company (WICKED SHOP!) found a few extra copies of Thomas Bush’s LP, Old and Red, so I recently scooped up one of those.

Upcoming in the world of SOUVENIR?

Catch us going B2B with a special guest, Natalie and Grand Inquisitor for Clockwork at Tola London on 27th June. We’re playing GDANSE‘s (2nd Birthday) on July 5th at Venue MOT and Field Maneuvres Festival in August. There’s also stuff in the pipeline at ADE, Glasgow and Manchester later in the year.

Elle is starting a label this year with Jon K (Manchester) called N o T a N. Also check for further forthcoming material on Claire’s label Whip + Lash. Listen out for us guesting on Rinse FM France in July and we are switching to a monthly slot on Balamii Radio on the first Monday of the month from 7-8pm.

If you want to book us you can contact sharri@deliabookings.com