Atlanta In Focus: A lens on the creatives, DIY spaces and venues in the city’s dance scene
Minute Read

Atlanta In Focus: A lens on the creatives, DIY spaces and venues in the city’s dance scene I’ve lived in Atlanta my entire life; born at Grady Hospital, raised on the city’s south side. My first live music experiences, other than church and the warped tour, were hardcore shows. I went to punk shows, noise shows, noise punk shows and continued along that trajectory.

Around 2011 labels like Hippos and Tanks, Fade to Mind and Hyperdub were releasing records that mingled between RnB, guitar pedals and various strands of club music. In particular, The Claw’s cdr on Fade to Mind really piqued my interest. Around the same time, I started going to nights like Hunger and Service in Atlanta with my friend Drew Briggs (Divine Interface). That’s how I became acquainted with Atlanta’s dance community.

Now, to be honest, I don’t consider myself a house head or anything like that. There’s so much that I don’t know about that history, and in particular that history in Atlanta. I thought it would be a good idea to ask some of the scene’s stalwarts about their experiences here.

Artists like Divine Interface and Stefan Ringer have been producing and DJing in town for years, and both have released music on my label Harsh Riddims as well as CGI and 2MR. Taves, Black Forces and Stemlines are fairly new and very talented voices in Atlanta’s scene. Kai Alcé (NDATL) and Ash Lauryn (Underground and Black) are from New York and Detroit respectively, but both call Atlanta their home.

Thank you to all the artists for their time, and to Gabby Afable for helping with the interviews.

What are some of your first memories coming into the scene and what do you miss the most about that time?

Kai Alce: So I moved here from Detroit when I got here places like the Metroplex, Weekends, Traxx, Loretta’s & The ColorBox were the clubs. The DJ’s were Stuart Gardner, D’as Wright, Tedd Patterson & Ron Pullman. The scene has changed a few times since then. The most I miss is the intermingling of demographics that you no longer see now. Back then it was nothing to see a few drag queens, guys in khaki’s and dancers in sweats are all under the same roof enjoying the same vibe.

Taves: I’m not from Atlanta but grew up in the outskirts. I started to travel in and out of the city in the beginning of 2012 for school. I spent a lot of time in DIY spaces like the Cleaners, Eyedrum & Murmur around 2016 — two of which are now gone. At this time I wasn’t in the dance scene, but soon after I started to see more DIY dance parties pop up. It first started in houses then moved into clubs.

Stefan Ringer: My first memories were playing at 529 in East Atlanta, meeting Drew [Divine Interface] and Ryan [Fit of Body] and also Matt. Matt and Elise [TWINS, Featureless Ghost] had a night at 529 that was called “Hunger”. I met C Powers for the first time there. “Service.” was a Tuesday Night at The Sound Table. It was a night where a lot of us got to play the music we were into in a more mature environment. This was all back when we used CDs. 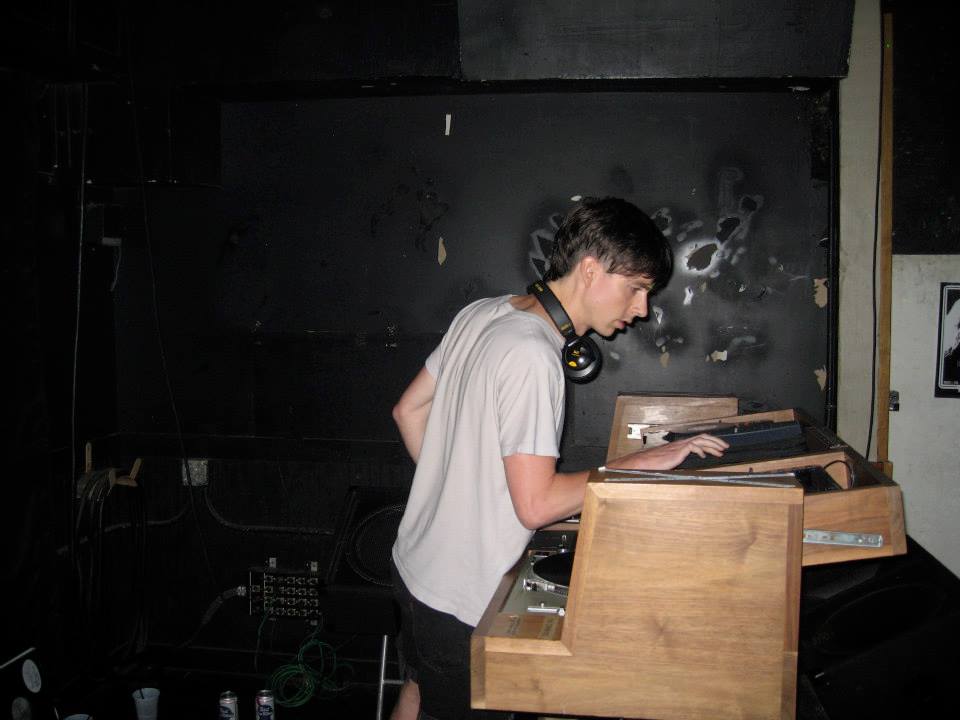 How do you see or define Atlanta’s dance community? In your opinion, is there one coherent dance scene in Atlanta, or many?

Taves: There are spots in the dance scene that are coherent, but there could be more inclusion of queer pocs who aren’t being centered. That’s what I love about ‘Morph’. Their parties are always so warm, welcoming and most importantly, inclusive. It’s like being with long lost family. I stan J sport and all of their projects. There are many different spots aside from ‘Morph’ that tend to stick to a “safe” approach as far as who they book though — A lot of cis straight people. There’s so much budding talent that kind of flies under the radar because of that. It’d be cool to see more experimental line ups with newer or unsung talent. We play a lot of house here, don’t get me wrong, love it, but I wanna hear new voices that keep me on my toes. There’s nothing like the unexpected. 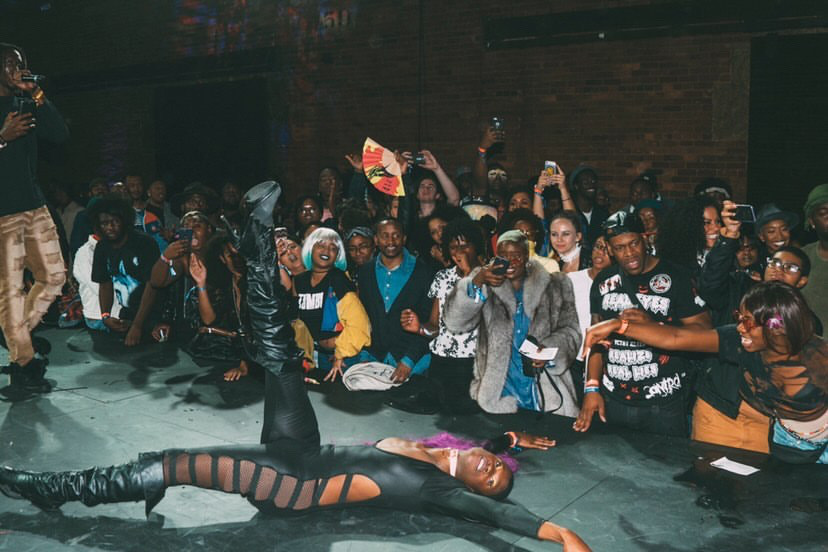 Where do you see yourself fitting into that landscape?

Taves: I fit into the landscape by floating.

Black Forces: As a sometimes unified front of freedom through musical expression. Scenes overlap but there are definitely schisms. Overall, I would say that you’ll see a lot of the same folks at some parties but some parties are for some people. I just go wherever they dancing.

Stemlines: As someone who is fairly new to Atlanta’s dance scene, I’m still uncovering a lot of artists and groups who’ve been a part of the dance scene for years, but they’re new to me. So my perspective is kinda skewed. That being said, I feel like Atlanta’s dance scene is very powerful in the way it provides spaces for people to actually enjoy themselves. To be honest, dance parties are really the only functions where I see people genuinely enjoying themselves freely. And that’s not to say if you go to any other type of event, you won’t enjoy yourself. More often when I see people actually having fun, it’s a DJ set or a rave, anything dance related, instead of focusing on one thing in the event like a performance or an art piece. But that really just comes down to the structure or purpose of the event really.

Are there any misconceptions about the Atlanta scene you see in outside coverage?

Ash Lauryn: I don’t quite know, I think usually just the misconception is that we don’t have a scene here, being that Atlanta is moreso known for trap music; sometimes people are somewhat surprised to learn that we do have a scene here in Atlanta. But I think also a big thing is that Atlanta is just a mecca for Black creatives and rightfully so; it makes sense that we do have a thriving house music scene, or electronic music scene, that definitely has a lot of Black players at the forefront of it.

Kai Alce: I find that most just see Atlanta as a trap mecca and what they don’t know is there is a very diverse foundation of creatives that give breath & energy to what the world sees. Well like the name of my label NDATL which stands for New York, Detroit & Atlanta, the three places in which I’ve lived but now being expressed through what I’ve gained from being in Atlanta.

Divine Interface: Ummmm It may look like we party a little much lol and that’s fine

Do you see Atlanta or your own music as having special connections or ties to any other cities or regions in the country?

Divine Interface: My music gets a lot of love in Paris. For years now. I’ve always felt a connection with them. I need to visit.

How do you think the Atlanta dance community will adapt to the covid situation? What venues would you save if given the chance?

Kai Alce: I’m not sure what to expect. The future seems very unclear, but I also know that we will find our way through this. Venues I would like to save are The Sound Table and The Music Room. 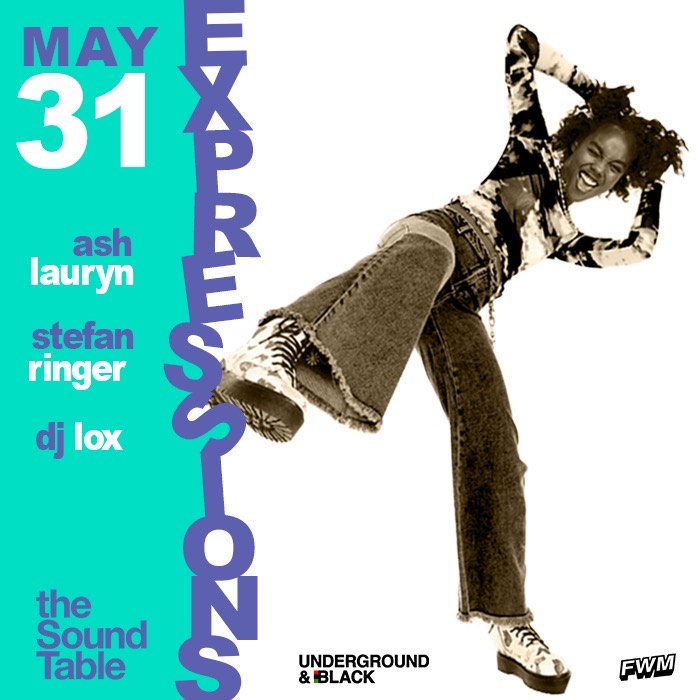 Black Forces: I’m just hoping for the best right now with Covid in mind, unfortunately a large part of the problem has had to do with the government’s response to the whole ordeal so until that gets ironed out I’m holding my tongue. Mother, gonna miss that place. 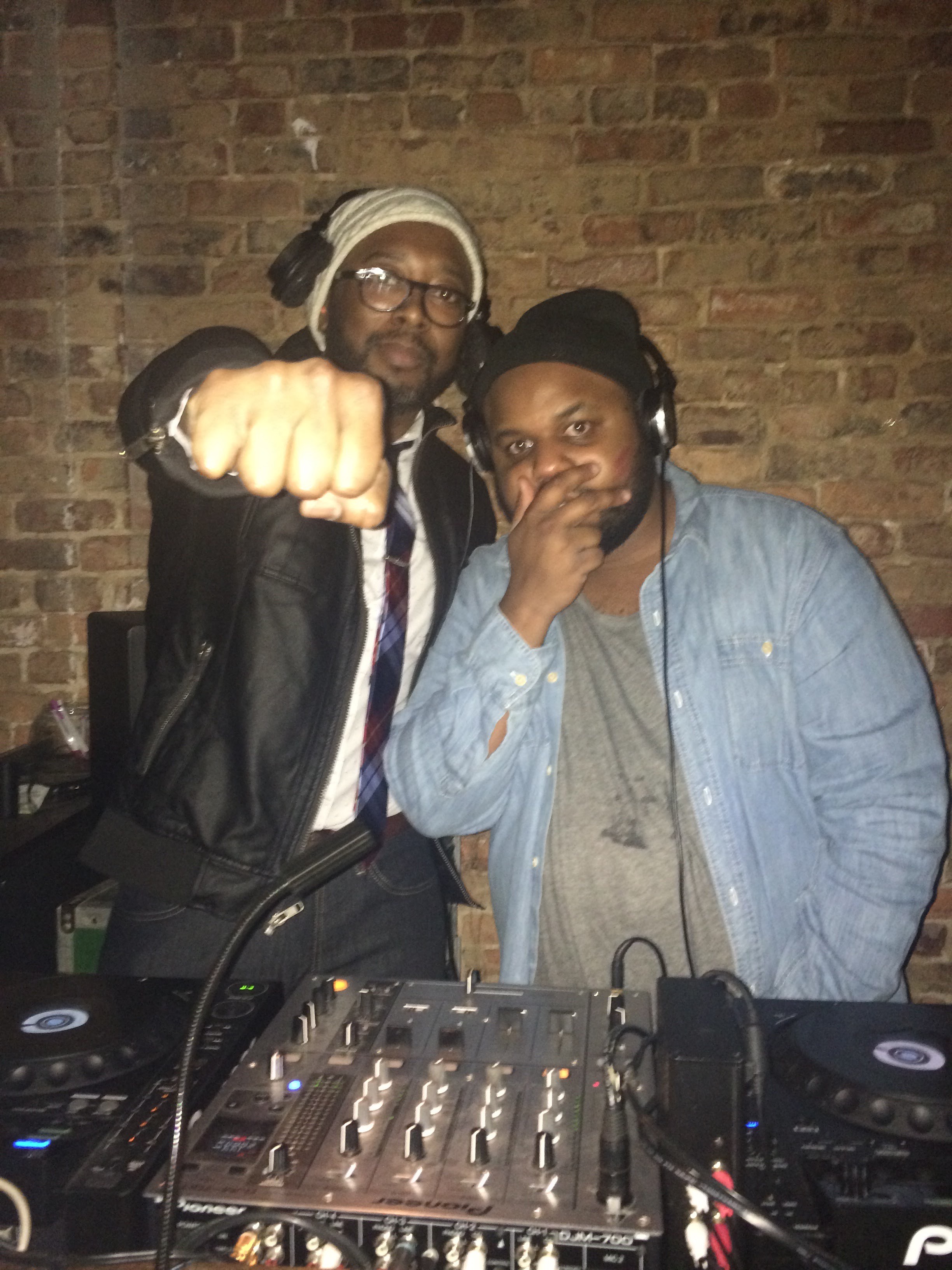 Stemlines: I’ve seen virtual concerts, zoom parties, more IG live sets. The “IRL” connections are still unmatched, but that goes without saying. I also see that people are starting to shift their focus in respect to why they create and share their art. I feel like now it’s less about business and more about community and maintaining our connections. Given the effects of COVID and the recent uprisings, a lot of artists are focused on giving back to the community. I’m happy that’s happening on this scale and hopefully it never stops.

Murmur is really the only venue left worth saving in my opinion and as far as DIY spots are concerned. There aren’t a lot of safe spaces left that are owned by Black people and we need more. I’m excited about the space SFQP is working on because it’s Black queer and trans owned. We need more spaces like that. 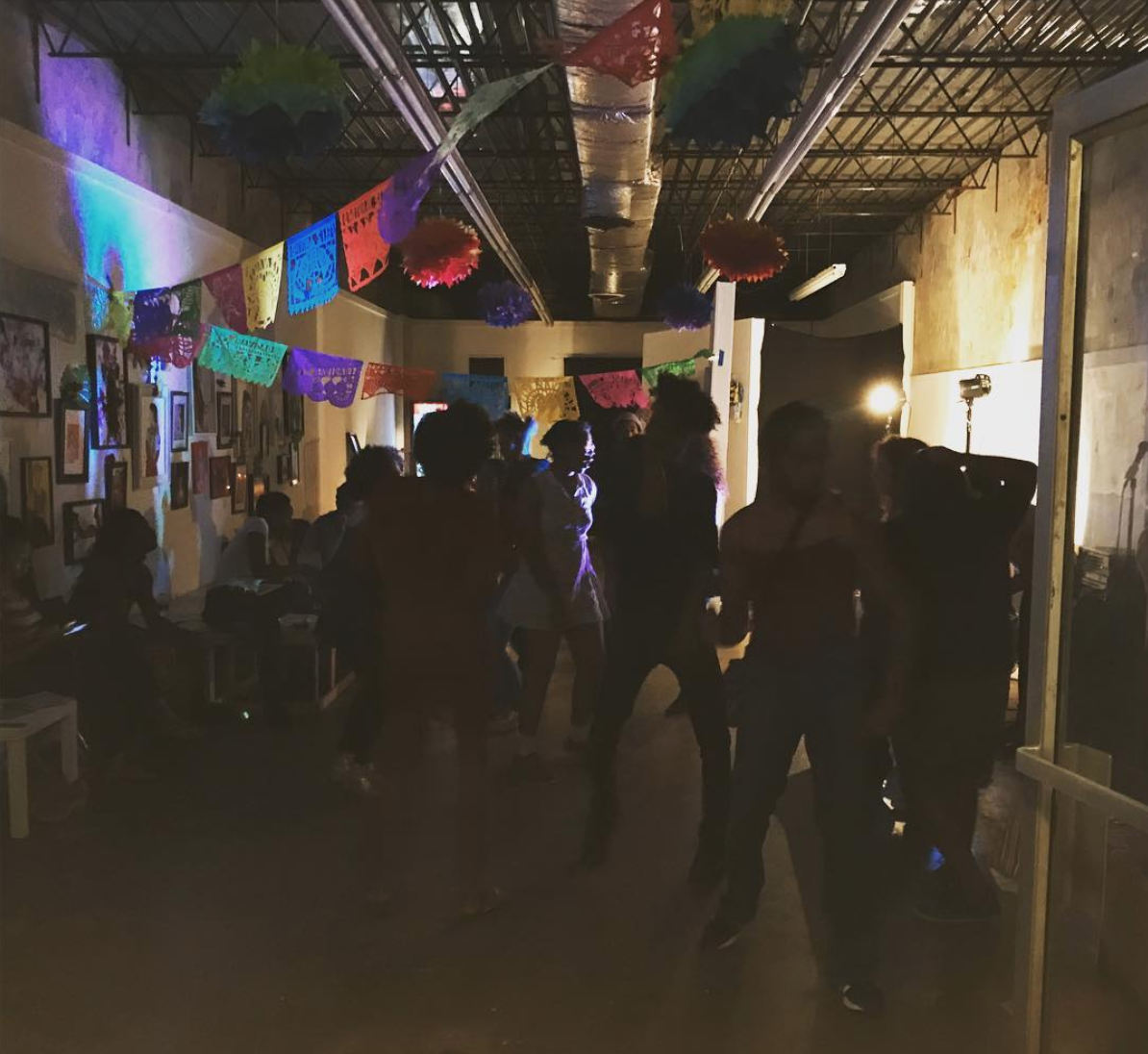 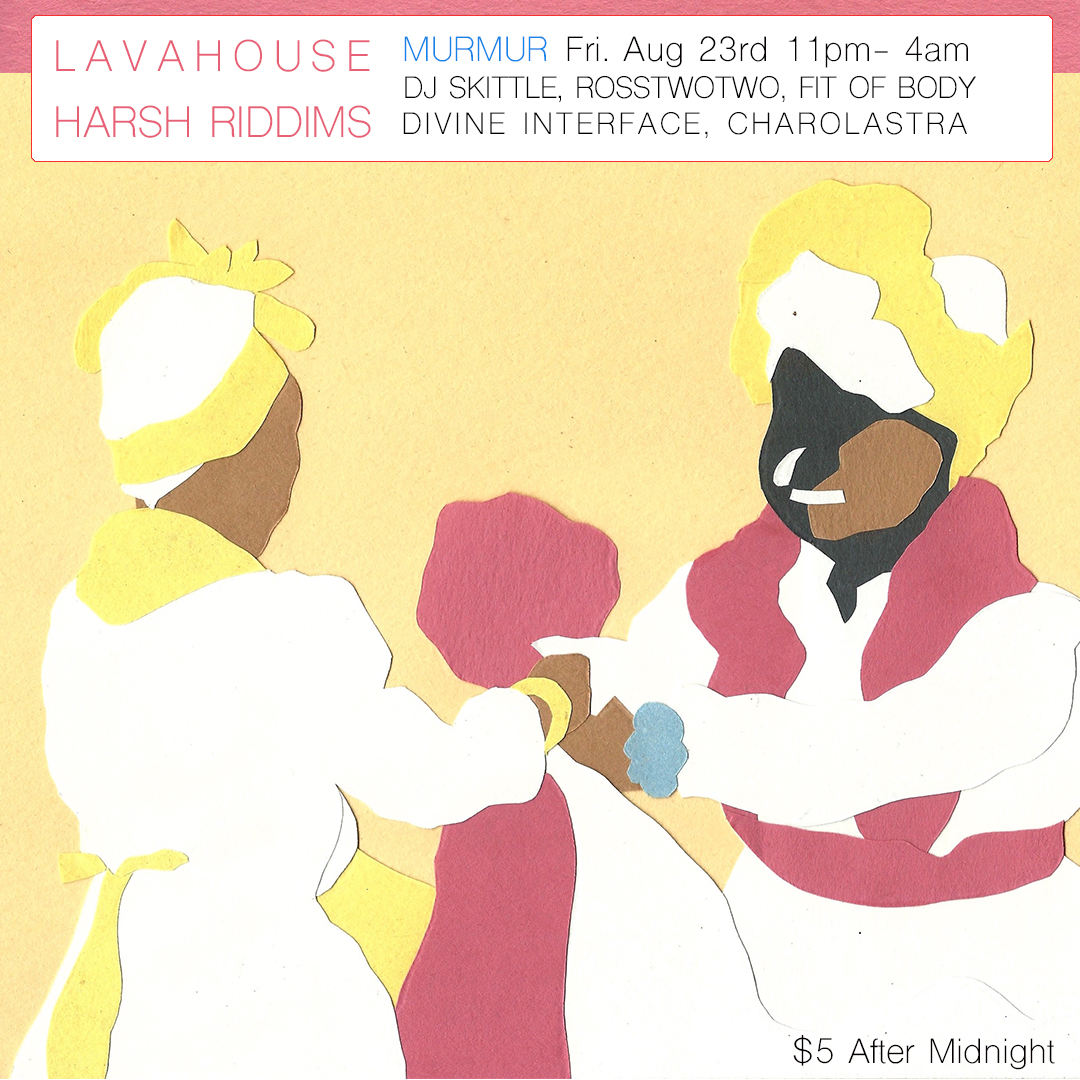 Ash: I’d like to highlight my favorite venue in Atlanta, the Soundtable, which has been the focal point for house music in Atlanta for many years now. It’s the place where me and Stefan hold a residency called Expressions, and they seem to be surviving okay through the pandemic, although they are indefinitely closed until we can get things under control in the US and in Atlanta also. So shoutout to the Soundtable, shoutout to Karl Injex. It’s a great venue, they do great work, they serve awesome food. Him and his wife Mona have run it great for years so I’m just really hoping to see them get through this. 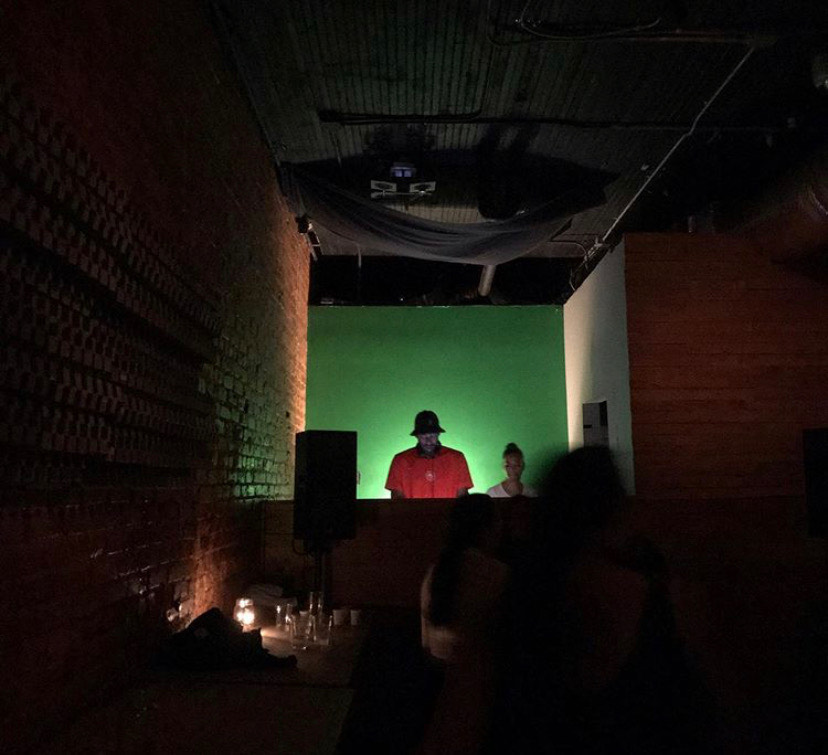 Black Forces: Everybody on Harsh Riddims Vol. 4, Viadante, Sanguine / CYBERIA (shameless plug), all the Morph parties, Revery, Space2, Soundtable. Cyberia came from my want to see black and brown youths and other folks of color embrace and dance to a form of music that they created but don’t really know about. So many black ppl don’t know that house came from us so I wanna bring folks back home any time they come to cyberia. Basically using the past to chart a different course for the future through dance and electronic sounds.

Taves: Shouts out to Zaida Sanchez, she one of da best DJs around.