A label reborn under watchful eyes.

A label reborn under watchful eyes.

The iconic UK independent label BBE has just celebrated their 500th release and after over 20 years at the coalface of exploring eclectic, soulful music from around the globe they are ramping up rather than basking in their achievements. With a roster of underground heroes like J Dilla, Masters at Work, Roy Ayers, DJ Spinna, Keb Darge, Mr Thing and John Morales as just a few of their regular contributors, BBE have always sought out the best and rarest sounds, the indefinable cuts that become our new favourite tunes.

Alongside their already hectic release schedule, the label has been investigating the idea of reissuing (or indeed releasing for the first time) entire catalogues from labels little known outside of their indigenous markets. On this note, BBE have teamed up with Nigerian behemoth Tabansi Records to release over 50 full length albums from their archives under the banner of the Tabansi Gold Series. With 11 albums already released in 2019, I spoke with BBE co-founder and CEO Peter Adarkwah, legendary DJ and compiler (200 and counting!) John Armstrong who curated the project, and current Managing Director Prince Joseph Tabansi, youngest son of the label’s founder Chief Tabansi about this meeting of music and record men. 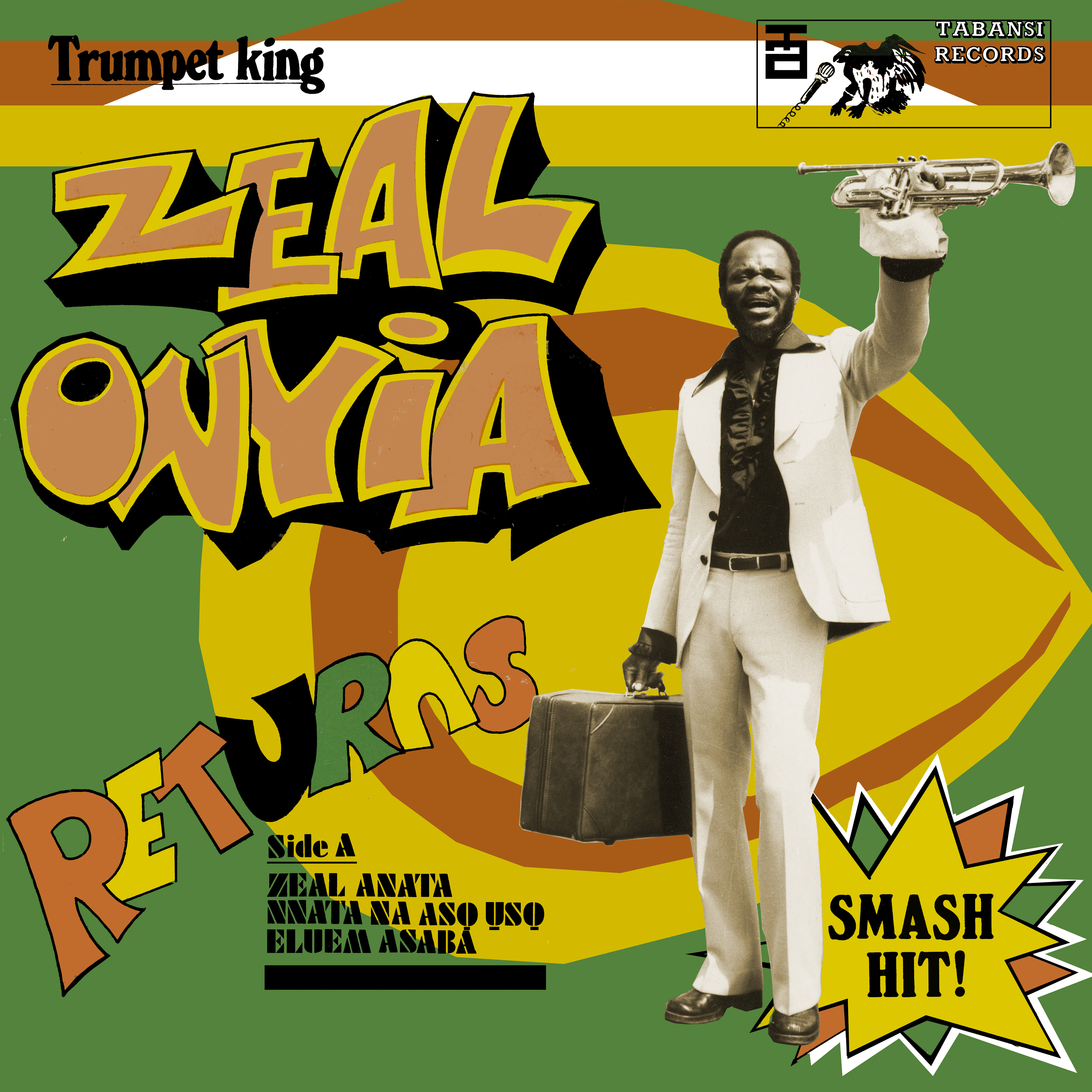 Chief Tabansi set up his imprint in 1952 in order to quench the ‘local’ market, the major labels such as Philips and EMI not always able or willing to identify authentic ground level talent as successfully. Driving his records around the villages in his ‘music van’, by the 1970s he was the leading record man in northern Nigeria. Based in Onitsha, Lagos, Tabansi Records had its own pressing plant and studios and remained impressively busy well into the 80s, recording and releasing everyone who came their way, often using their own inhouse musicians as players and arrangers. As John Armstrong notes:

“People like Chief Tabansi knew instinctively what other Nigerians, and Ghanaians too, would like; what Igbos would like; what Yoruba people would like; what would be popular in the Cross River area; the francophone records that he could sell well up on the Cameroon border, and so on. And so he could target his audiences for each release in a way that the expat majors had never got the knack of.”

When the majors departed in the 70s the market was left open for the regional independents to take the lead. Peter Adarkwah explains:

“There wasn't much of a choice in them (the major labels) leaving.The post-colonial stance by the African countries was to not let the conglomerates monopolise any of the local industries. Kwame Nkrumah put in place a policy that if any foreign company came to Ghana, the majority ownership would have to be with a Ghanaian entity. Other countries like Nigeria also adopted this policy. So rather than remain in the game, the foreign majors like Philips just left. After they all pulled out, it provided an opportunity for the local record companies like Tabansi in NIgeria and Ambassador in Ghana to fill a void that was left.  However, it was the state of affairs that ultimately had no longevity - i.e. political instabilities like the Biafran War and the Jerry Rawlings Coup in '79." 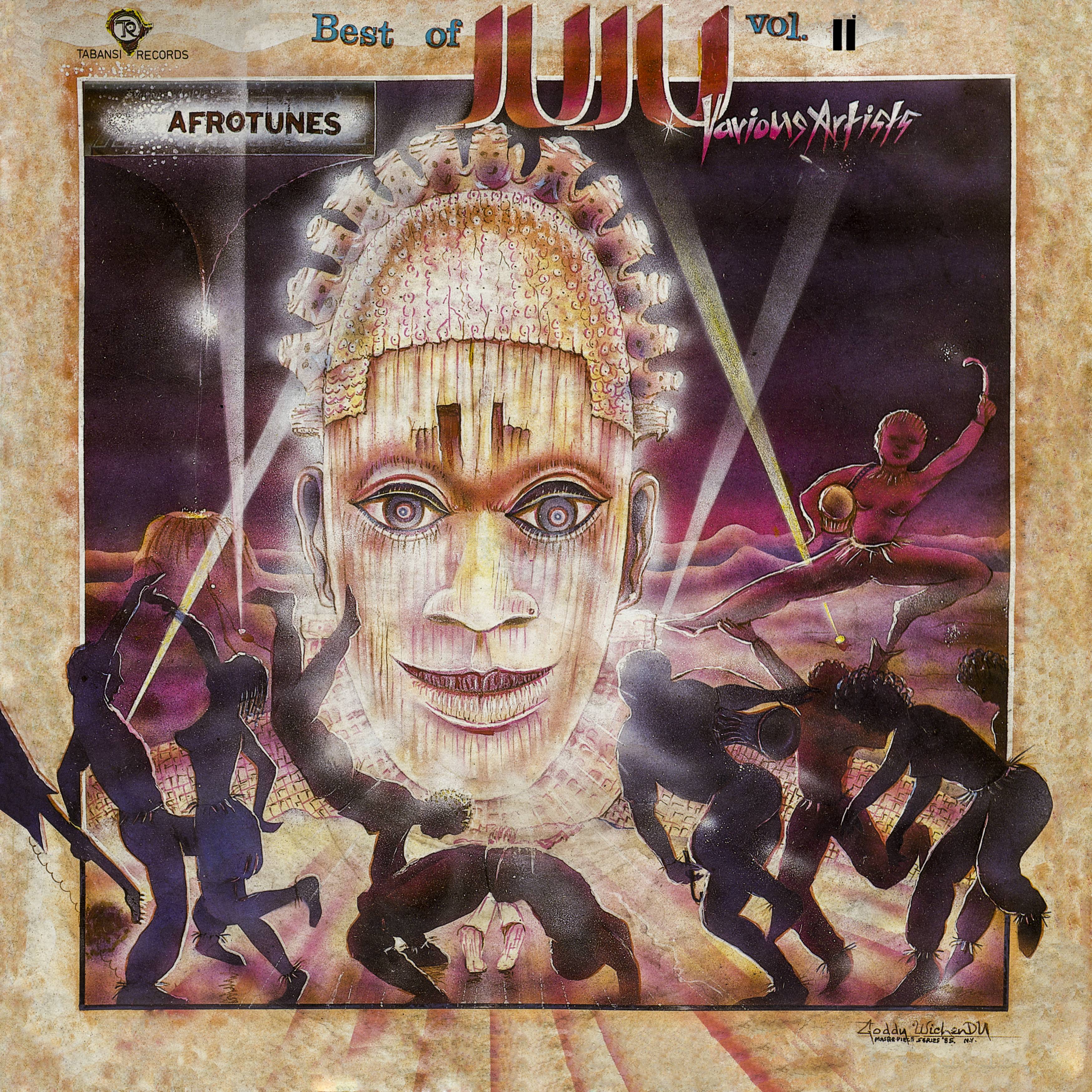 Back to the tailend of this decade and Peter was on an African visit searching out various independent labels that included Tabansi Records and when Prince Joseph offered his entire catalogue to examine, Peter and John (who already had a number of the label’s records in his collection) jumped at the opportunity. With such a large number of titles in the catalogue, the challenge was what to take, what to leave on the shelf? John reflected on the process:

“The curatorial approach was to reflect the sheer musical diversity of Tabansi. It struck me as a sort of independent version of Universal or Sony: rock, funk, country-flavoured music, disco, afrobeat, soukous, rumba, cultural drumming: it was all there. It struck me that it must simply have reflected the diversity of West African musical taste at that time, and we wanted to accurately reflect that in my choices, too.”

A vital ingredient of the Tabansi catalogue’s richness is its multiplicity of sounds with releases championing highlife, afrobeat, funk, soul, boogie, disco, guitar-bands, soukous, Congolese rumba and reggae. I wondered if this helped or hindered the curatorial process but as Peter says:

“It actually made it easier. If there had only been one style, the process would have been a bit boring. Plus, one thing that BBE has always prided itself on is variety.”

“First job was to listen to as much as I could, because there's nothing like one's own ears as a first, reliable port-of-call. The rarest (Discogs being an obvious reference point) had some influence on my decisions but that's a poisoned chalice. Sometimes, a record is rare for a negative reason: it just wasn't much good, or it sold so badly that  it only ever survived a first pressing, for example...We've seen this many times before in Northern Soul, Deep Funk etc: some records are rare for a good reason, some for a not-so-good reason...There are a few records left out of the deal, but nothing that we couldn't live without. I think we've been incredibly lucky to get what we've got. It's all been helped by the fact that Joe Tabansi is a sheer pleasure and delight to work with, with a phenomenally good memory for what's in the catalogue and the musicians involved." 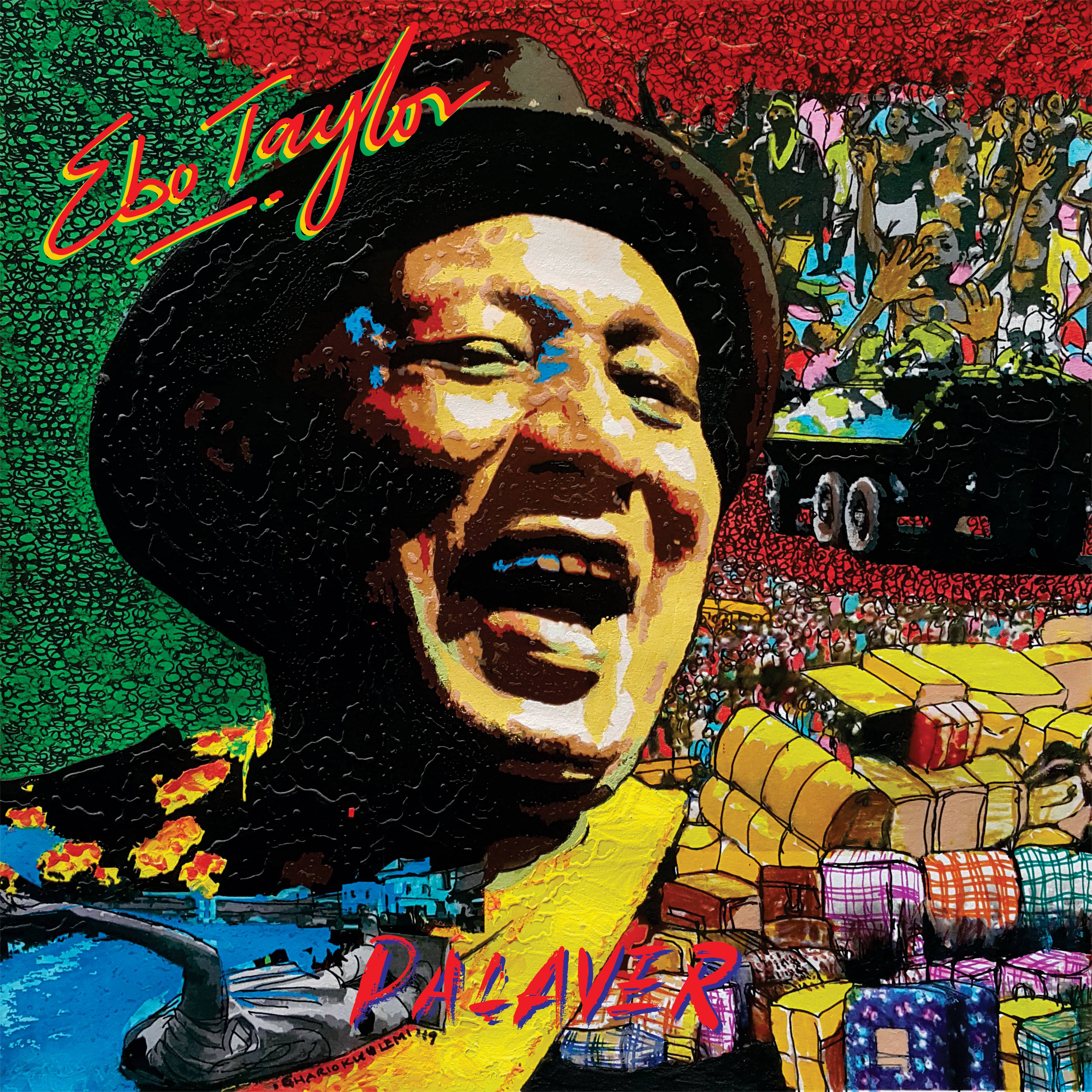 “One morning at 8am, I had a call from Joe: 'John I'm outside your house right now and I've found something that I didn't know we had until now. I think you'll like it.' I come down to the door in my dressing gown and he hands me a couple of dusty white-label 33rpms. They turn out to be a series of Tabansi Studio Band jam sessions in different Afrobeat styles and tempos. The band is essentially the same as The Martins Brothers, a sort of Nigerian version of Detroit's Funk Brothers… How many other record label executives would provide service of that level?”

One of the most exciting releases from the 2019 Tabansi cohort has been the discovery and first time issuing of a ‘lost’ album from the Ghanaian highlife maestro Ebo Taylor. Recorded at the Tabansi studios in 1979 whilst touring Nigeria, ‘Palaver’ is an essential missing chapter in Taylor’s illustrious career. Peter was present as the dusty masters were handed over.

“Very exciting! BBE has been fortunate enough over the years to procure a handful of unreleased material.  So the Ebo Taylor find was a nice addition. Especially because of the family connection, he is a cousin on my Mother's side of the family from Saltpond in Ghana”. As for John - “Of course, it was wonderful, and most importantly, has come at the right time for Ebo. He's just been awarded a Lifetime Achievement Award 2019 by Ghana's most prestigious music organisation, he's doing lots of live shows in Ghana- and he's 83 years of age. We just feel so happy for the man, not least because this discovery adds to the legend. And it is a legend, a legend with a significant London theme, in parts. In the early to mid-60s, Ebo studied music here in London and in his spare time he was jamming at the African and Caribbean clubs in Soho, as well as sitting in his bedsitter with his good friend, another up-and-coming young London- based musician named Fela Kuti, listening to Miles and Thelonius albums together!” 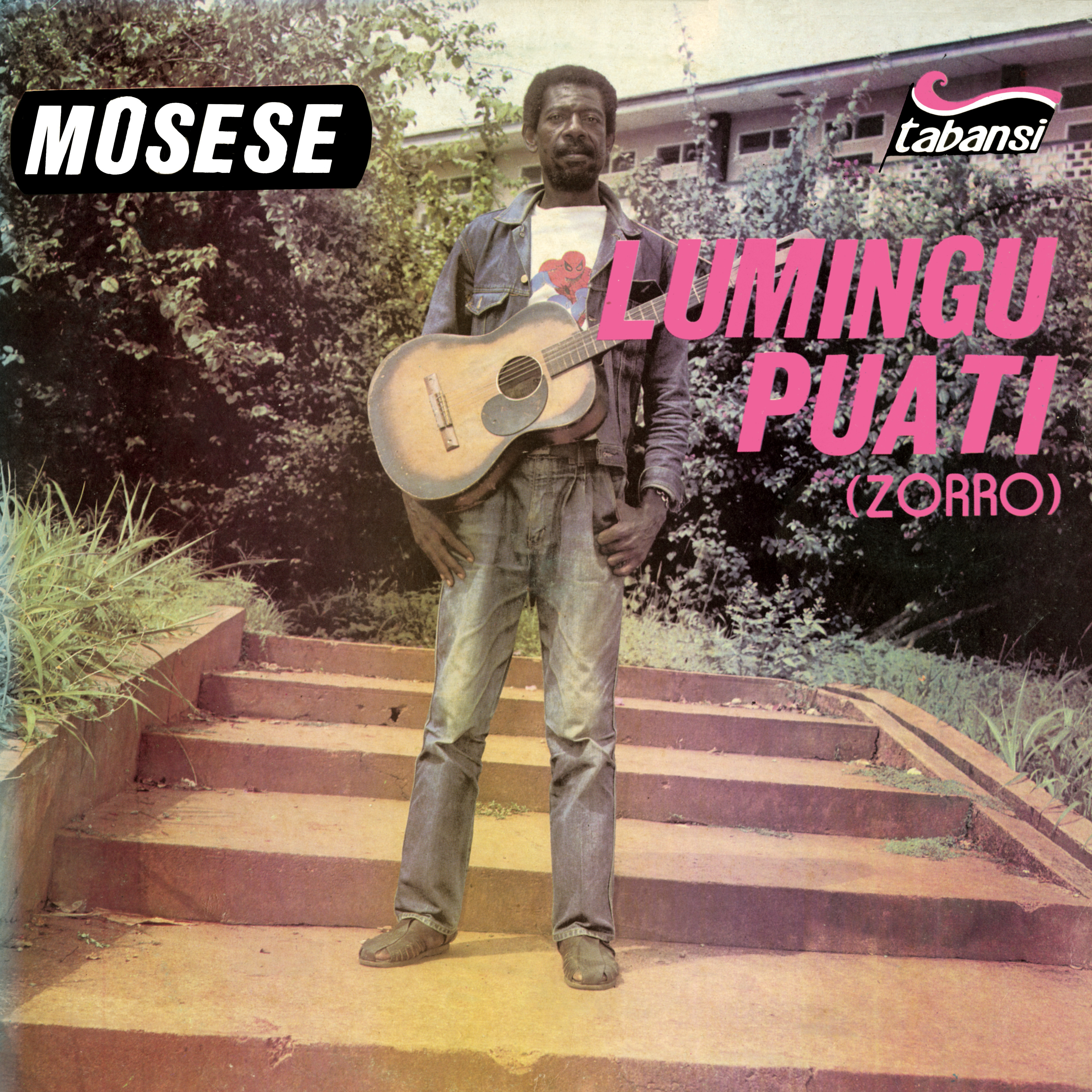 With 50 plus titles from his catalogue being lovingly remastered and repackaged for 21st Century audiences I asked Joe Tabansi how he felt about this win-win collaboration..

“I have always been a director of the business but actively took over the mantle of being the Managing Director from the year 2008 when my Dad was about to retire. However, I and my siblings who are co-directors in the business, work together as a close knit family and interrelate in all aspects of the business...It was extremely important for us the current directors to fulfil our late chairman’s wish that his vast repertoires be released worldwide across international frontiers. It was for this reason he initially opened subsidiaries of Tabansi Records offices in London and New York. On his demise, we his children aptly stationed in these locations had to carry on the task of fulfilling his awesome dream particularly of taking African music and repackaging them in order to be acceptable to the wider international music lovers. From Heaven where he is in the bosom of the Lord Jesus Christ, My father will be happy and thankful to God for working on the minds of such a great label (BBE) to be excited enough about our repertoires that they want to release some of them”. 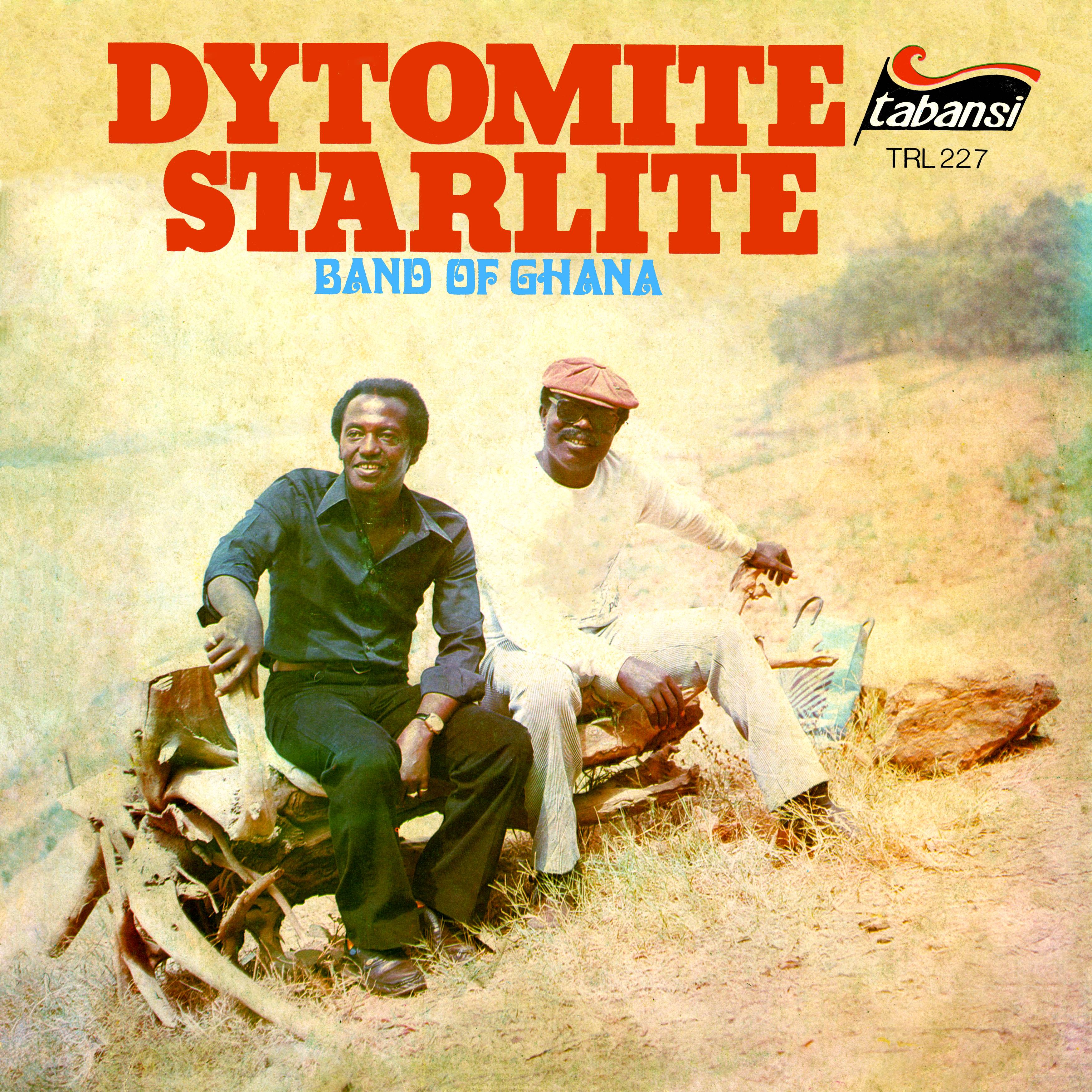 There has been a growing and very responsive international audience for original African music across the world (once again), I asked Joe if he was proud to be the gatekeeper for some of West Africa's best music.

“I am ever thankful to God Almighty for making us the foremost Indigenous African Private Music Label with the largest Repertoire of African Music for Worldwide Release and Licensing. If not for God who started it all through my Dad - (Late) Chief, Dr, Prince G.A.D Tabansi and gave him the vision to embark on this wide ranging and overwhelming capital injection project, it would not have been possible. When we were doing it passionately & tenaciously, some laughed at us and some thought we were taking on so much risk especially at such a time when there was minimal interest in African Music. But our Efforts as leaders in the field paved the way and opened up the massive gateway that made African music, particularly Afro-beats, to be accepted the world over and promoted a very high interest in African music exploration and enjoyment that resulted in it being accorded a very high position and perceived to be the most exciting music genre currently being explored and enjoyed by many music lovers, worldwide. All these started from the unflinching efforts of the Famous African Music Giant Record Label - Tabansi Records of Africa."

Alongside this article, I was asked by BBE to put together a mix of my personal favourites from the first 11 Tabansi albums so here we have highlife, rumba, soukous, boogie, Juju and more tasty juice for your ears!

“There are over 1 billion Africans in Africa alone and so much lost music out there! Based on trends, we know that people are currently in a stage of returning to their musical roots...and with technological advances, music consumption is now easier and more accessible than ever before all over the world (digital platforms are the leading mode). So of course we feel compelled as always to reissue everything we find that fits under the BBE umbrella."