This week we pair the Xerographic Air Plant with the calming vocal improvisations of Lauren Doss.

This week we pair the Xerographic Air Plant with the calming vocal improvisations of Lauren Doss.

Queen of the air plants, Tillandsia xerographica is a species of bromeliad and the largest of the air plants, growing up to three feet in size in the wild. It is native to southern Mexico, El Salvador, Guatemala and Honduras, where it is happiest on the highest branches in the dry and thorny scrub. Taking its nutrients from the air and its water from the morning dew, it grows as if by magic, entirely without soil, clinging to the trees.

It gets its name from the Greek ‘dry writing’ or ‘dry painting’ and you can see why as it sends out beautiful calligraphic leaves that curl and spiral around themselves, creating a mystical, spherical, silver sanskrit in the air. It will bloom only once during its lifetime if conditions are right, sending up a spiky inflorescence, on a thick stem.

Being native to dry regions, Tillandsia Xerographica needs less water than your average air plant. Observe and it will let you know it’s requirements; when it is thirsty its leaves will curl up tightly; if over watered it stretches its leaves straight. In your home it will need heat, light and the occasional misting and it enjoys being submerged in water at least once a month for 15 minutes in the growing season. Among the air plants, this silver queen reigns supreme. 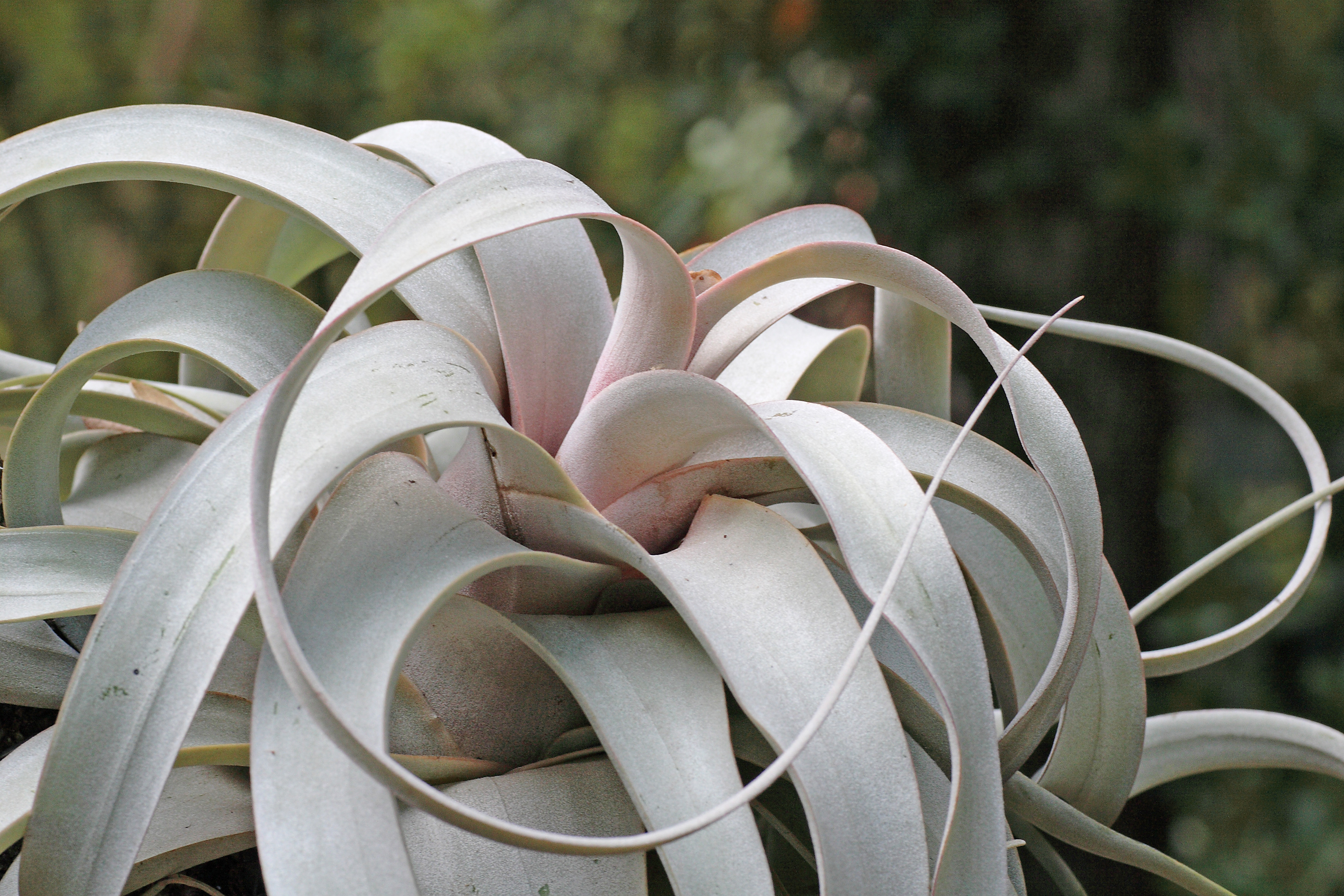 Lauren Doss is a British-American audio-visual artist and Voices is her debut album, released in July on the wonderful tape label Salmon Universe. Just as an air plant doesn’t need soil to grow, Doss’s beautiful compositions seem to exist without any real substance. Vaporous and ethereal, there is a dryness (as in arid, not unemotional) to her music that fits perfectly with our chosen plant.

Doss’s aim was to “capture the kinesthetic energy developed during dancing”, but there is also something very still and calming about ‘Voices3’ as her looped vocal improvisations curl and spiral around themselves like the silvery leaves of the Xero.