Marrakech is a city that would test anyone's patience. The streets are packed, price haggling is a national sport, the heat is stifling and in the centre of the city it's hard to define left from right or up from down. You must always keep an eye out for mopeds and the marketplaces that front every postcard image you have of the city are an assault on all five of the senses; a beautiful Gladiator gauntlet that's both rewarding and a death-defying challenge in equal measure. But solace can be found in hidden pockets across the city, behind unassuming locked doors, wrong turns and secret gardens. Similarly, Oasis Festival is Marrakech's dance music moment away from the madness.

Oasis embarked on its third outing in the outskirts of Marrakech with its most ambitious selection of selectors yet. Clearly, the past two years of its existence have been kind to the crew behind the three-day weekender. Marcel Dettmann, Jackmaster, DJ Stingray, Nicolas Jaar, Modeselektor and all manner of global headliners that you'll usually find littered on Warehouse Project flyers or trying to sell you sake fill its programme. The Source, the luxury hotel complex-cum-makeshift rave refuge, ordinarily caters more to honeymoon romancers than techno tourists. But what a place it is. The main stage looks over a shimmering blue pool, glistening for at least a short while until the hordes arrive later in the night and decorate it with plastic cups and deflated lilos. The only thing that outnumbers the amount of harem pants being worn are the palm trees that scatter the skyline as you look out from one of its terraces, cocktail in hand. It feels a world away from your everyday life but on a Ryanair budget. 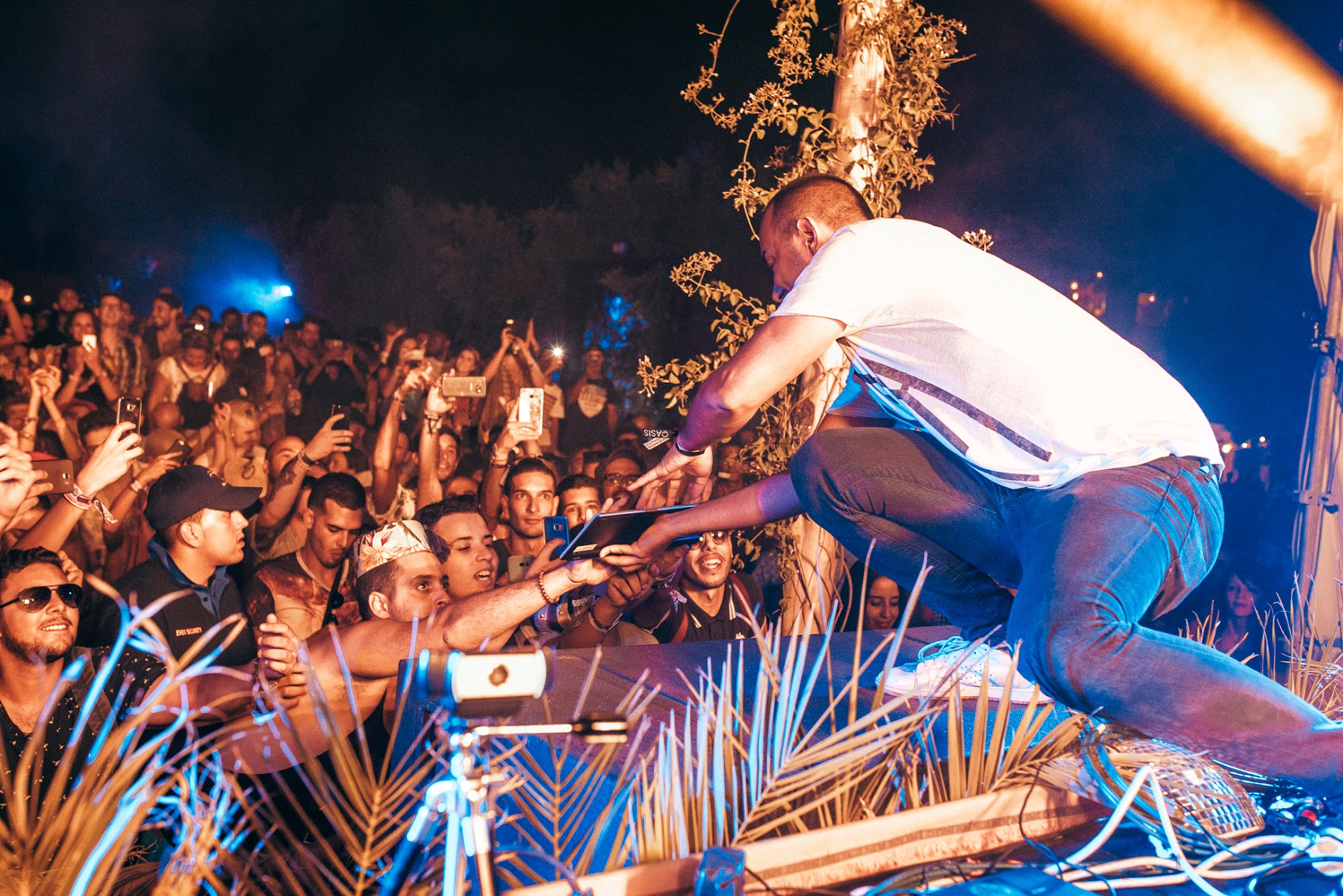 The first day is by all considerations the toughest. Berghain in bikini weather, if you will. But first everything kicks off with the Phonox-resident HAAi and an impromptu back-to-back alongside Daniel Avery. As they brought the sound of London acid to North Africa, Thris Tian was spanning music from disconnected continents from the festival’s second, and only other stage; a no frills dugout that’s closer to a dusty bunker than the luxurious surrounding confines. It was all the better for it, a little bit of grit for you to enjoy if ever the secret gardens or the odd champagne bar was a little too upmarket for your tastes. Later, Harvey Sutherland’s solo live set brought the Juno funk to a packed crowd of groovers, while over on the main stage a last minute cancellation by Mike Servito meant both Young Marco and KiNK had three hours each to play with.

As the night hit near 3am and Richie Hawtin’s unnecessarily complicated brand of DJing came to a close, the gem of the evening came in Karenn’s thundering live set. It’s hard to describe why the sound of one, very specific kick drum can keep it pumpin’ for two hours, especially after a day spent enjoying what was probably too much of a good time. Blawan and Pariah more than commanded the stage, one that could easily dwarf the duo with its size, and as Marcel Dettmann took control to bring the night to a close the Berghain resident almost seemed ambient in comparison. Nevertheless, and it goes without saying, Dettmann still did the business. 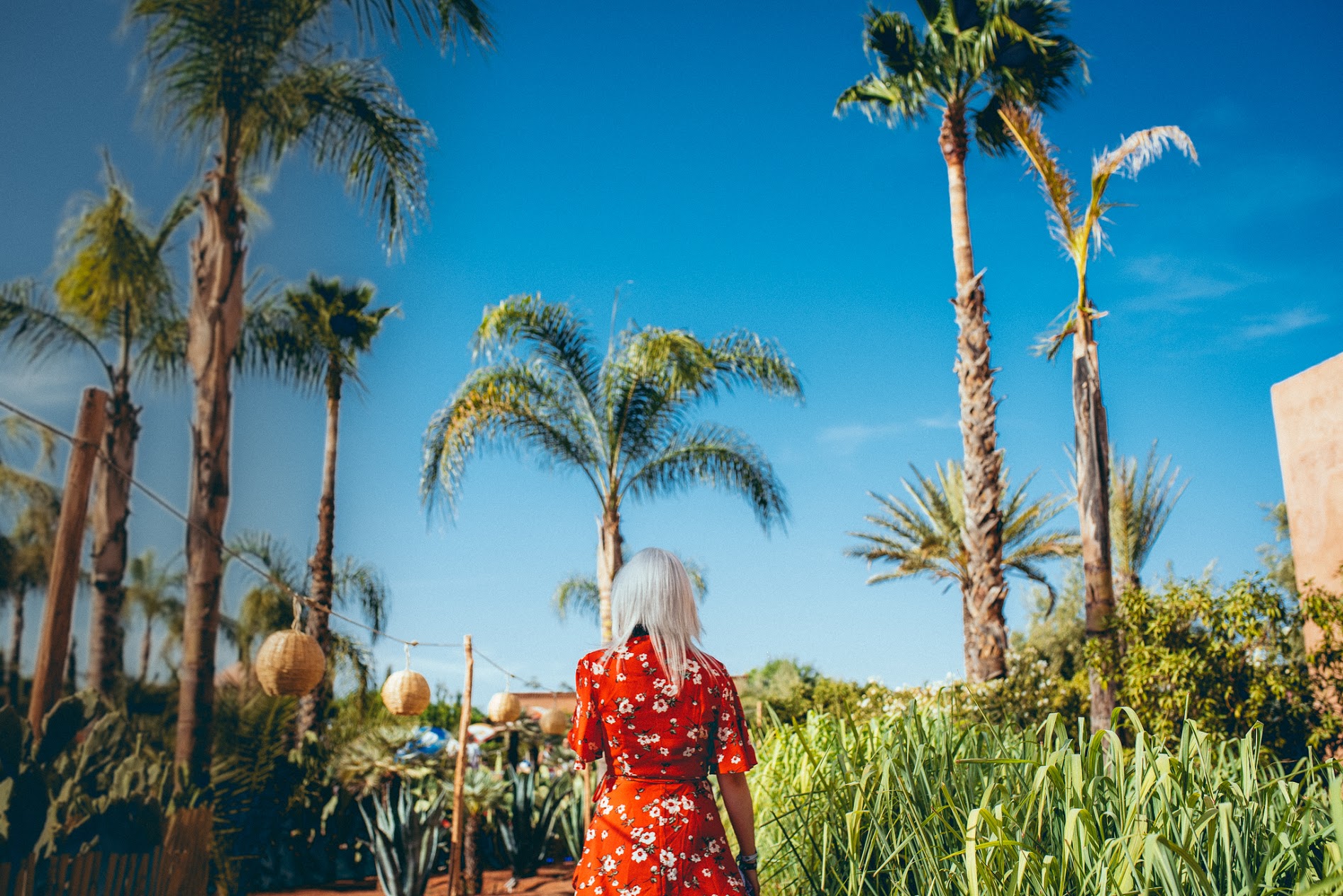 The next day, all roads lead back to the festival. Call Super, Chloé B2B Ivan Smagghe and Shed were all twice underlined in the schedule of my mind, with a closing set from DJ Stingray being the day’s diamond. Unfortunately, a decision to eat an 80p chicken panini found at an all-night food stop two nights before rendered me bed bound for what seemed like an eternity. My evening was still spent with a clammy forehead in a darkened space, but instead my soundtrack for the evening was provided by the drone of an air conditioning unit and my own intermittent cursing of the spicy chicken sandwich that, having found it at 2am, had probably been sitting there for quite a while. Oh well, you live and learn, and now my jeans feel slightly bigger so it’s not all bad.

With a 16-hour sleep behind me and the feeling of being on death’s doorstep subdued until the next idiotic late-night dining decision, I’m back. Auntie Flo kicked things off on the main stage, delivering one of my favourite sets from the weekend. As Floyd Lavine’s ‘Masala (Pablo Fierro remix)’ played out to a crowd of sun-drenched nappers and avid dancers somehow still filled with energy, his selections couldn't really be more suited. The early-evening soundtracks didn’t always suit its surroundings, peak-time material meant for club basements sometimes feeling a little out of place as sore heads were being nursed poolside. But whereas Friday was music more suited for the inner walls of Berghain, Auntie Flo set the pace for a night that was an altogether more colourful affair. Three Chairs member Marcellus Pittman followed, representing Detroit with a funk-tinged selection of house music and smooth as D’Angelo’s silk milkshake electronica, while on the other stage Matthias Mayer and Patlac were in full force at 8.30PM – Bicep’s take on Isaac Tichauer’s ‘Higher Level’ demanding a particularly rapturous response from the packed crowd. 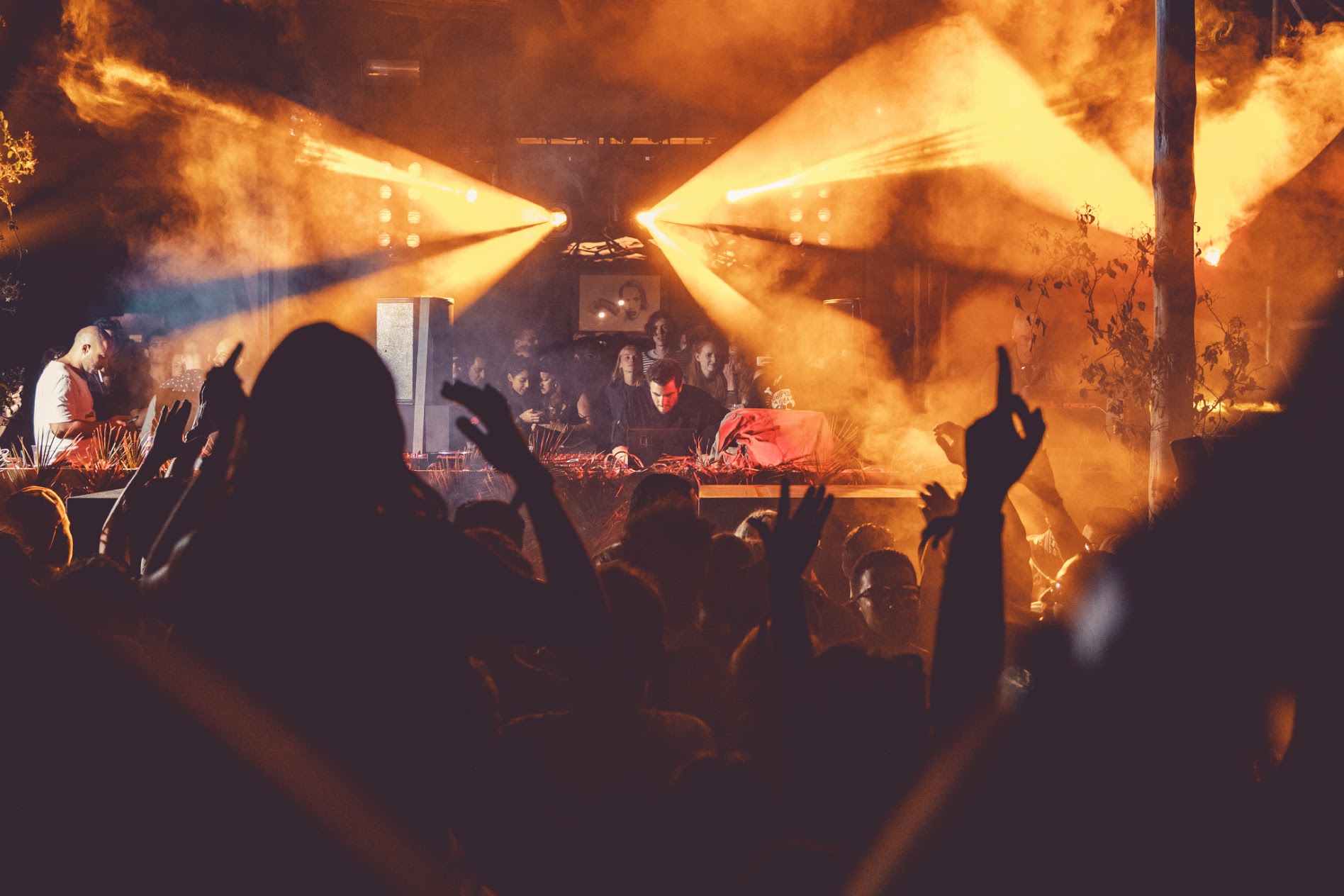 Later, Jeremy Underground blistered through two hours of staple classics from the Fantastic Aleems ‘Get Down Friday Night’ to Mike Dunn’s house mix of Armando’s ‘100 Percent Of Dissing You’. Worth the five star hotel suite with sauna and steam room? I couldn’t possibly comment, but the crowd that filled the main stage over his two and a half hour set certainly seemed to think so. Good investment, Oasis. After, as Nicolas Jaar took to the stage for his headline set the crowd seemed to triple in size, every single one of them transfixed for the entirety of his 90-minute set. More than a few times I think I witnessed in people what pure happiness looks like as I enviously ate a burger.

As Jackmaster and Axel Boman followed to bring the weekender to a close the crowd and DJ Deeon’s ‘Freak Like Me (Lee Walker’s Garage Re-Edit)’ echoed through the night sky, it was evident that Oasis is building something special in Marrakech. The place can be intense, and if we here in London complain about our lack of clubs then you should maybe visit Marrakech first as a comparison. But dance music is an escape, a brief trip into a place unlike your normal surroundings, and Oasis is just that for the people of Morocco. Just be careful what you eat… 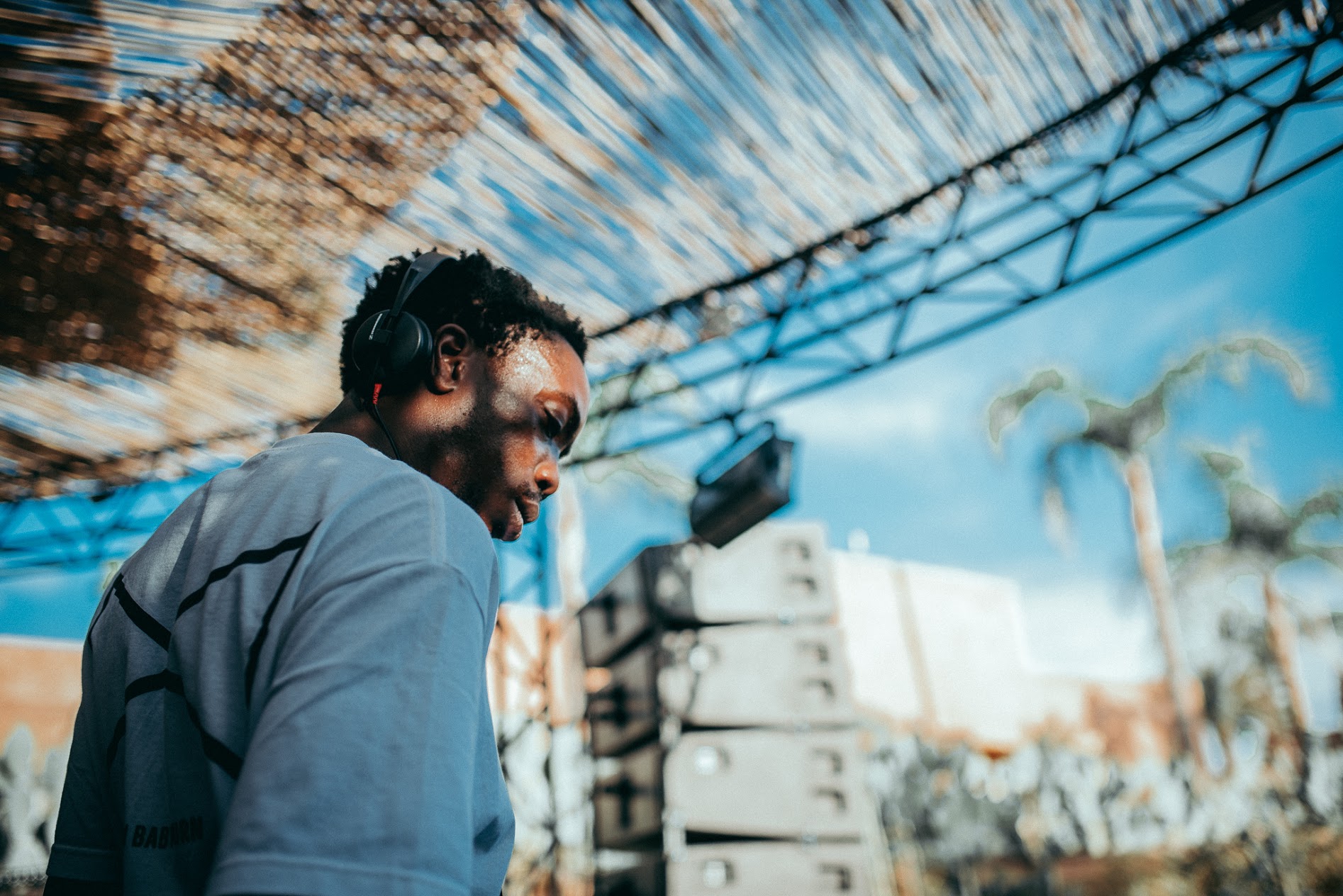