The new cans from AIAIAI are based on an idea so obvious I can’t imagine they’re the first to try it – working with Grammy award-winning engineer Young Guru, they’ve broken the headphone down into its distinct parts, creating a product where cable, speakers, ear pads, and headband are all interchangeable. There’s clearly a good reason for doing this – something that everyone who’s ever own a set of cans will appreciate; it stops the hassle and financial grief of having to ditch a set of headphones because the lead’s got a bit squiffy.

However, AIAIAI’s ambitions stretch further than knocking up a headphone with replaceable components – instead they’re marketing the kit as a modular product that can be used with different configurations optimised for different circumstances.

Here’s what you get when the box shows up. And it’s got to be said, AIAIAI aren’t messing about – I got a genuine thrill of geekish excitement at the individually-labelled, vacuum-sealed component bags. It’s fair to say these cans are most likely to appeal to the same kind of music nerd who loves modular synths, and I found the construction kit aesthetic deeply satisfying. 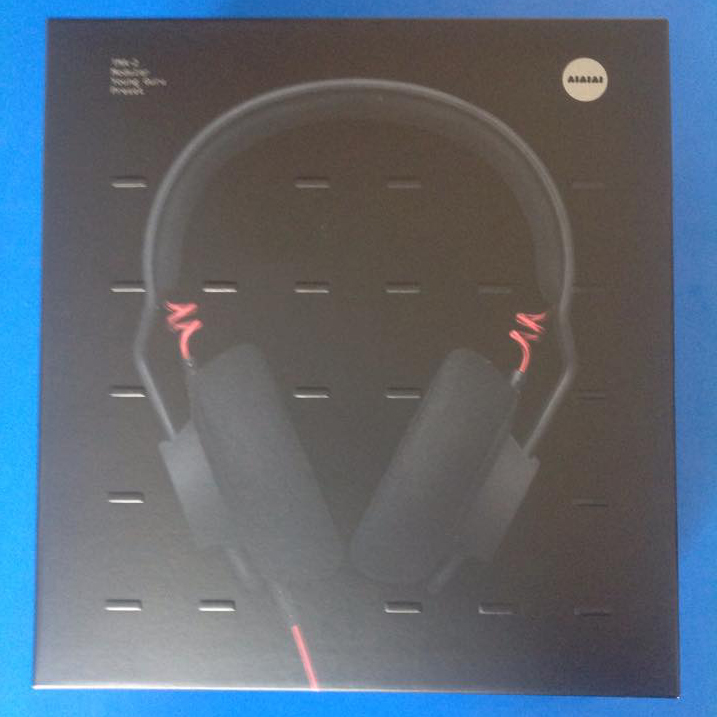 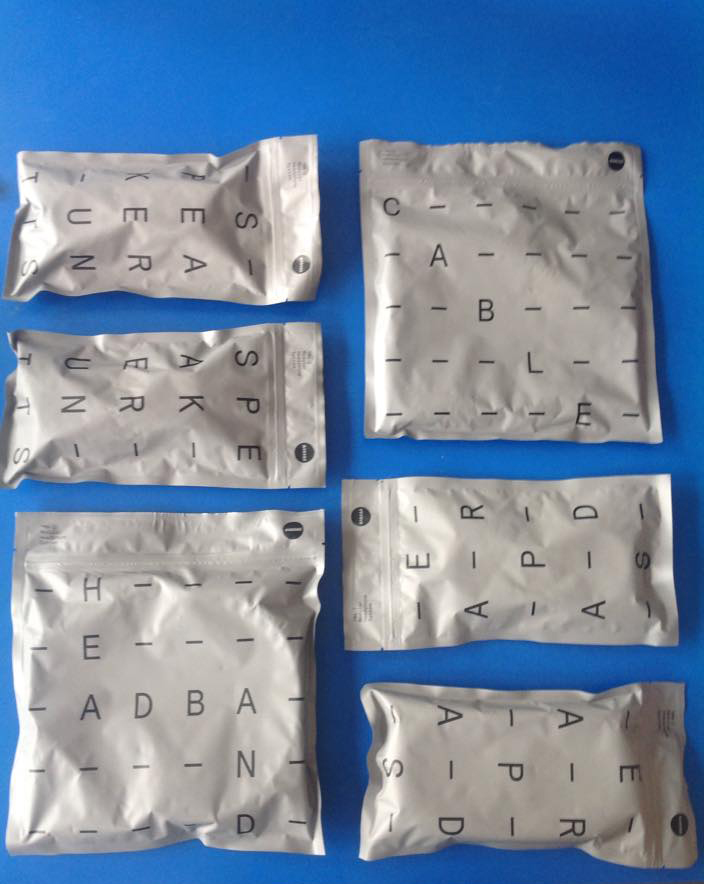 Looking at this lot makes me feel like an astronaut. Obviously, that's always going to be a good feeling.

In the pack we got sent, we were given a standard headband and cable, and two choices of speaker and speaker pads. Here they are: 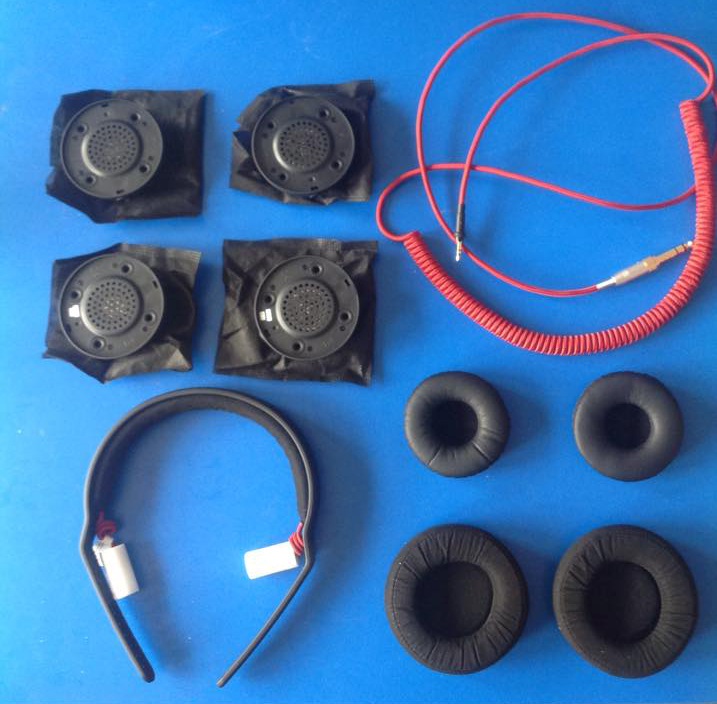 The speaker pads on offer are either ‘leather on ear’, or ‘micro fibre over ear’. The difference between the two is largely personal preference – the on ear pads are less comfortable but offer a louder, intense sound –good if you’re only going to have the headphones on for a shirt tube journey – especially as they’re a bit less leaky than the over ears. However, for long term listening I’d probably go with the over ear – they soften the sound somewhat, and are noticeably more comfortable.

The speakers came in ‘Punchy’ and ‘Vibrant’ configurations. From a non-techy perspective, Punchy was louder and bassier. It worked well for hip hop bangers, as might be expected. Carnage’s bass heavy trap anthem WDYW sounded ridiculous through the ‘phones, bolshy, loud and crystal clear, the frequencies separating as smoothly as oil on water. However, when presented with Julee Cruise’s Falling, the punchy set up fell down somewhat, reverberating rather than clarifying.

In contrast the Vibrant speakers, whilst not having the same sheer fire power in volume, proved a greater all-rounder, delivering a sweet rendition of both tracks, handling low subs and delicate mids with equal finesse.

As to the other modules, the cable is a well realised woven cord with a pleasing spring to its coiled length. It looks and feels nothing – not something I’m used to noting about a headphone cable.  The headphone band however is a little uncomfortable – and this isn’t the first time I’ve noticed this with AIAIAI headphones. The embossed ‘Young Guru’ font on the inside of the band is a strange choice on an otherwise pleasingly unbranded product, and this embossing creates a series of ridges running against the top of your head that are vaguely irritating. It’s not an insurmountable issue, but with so much excellence elsewhere it in the product, it lets the side down a touch. 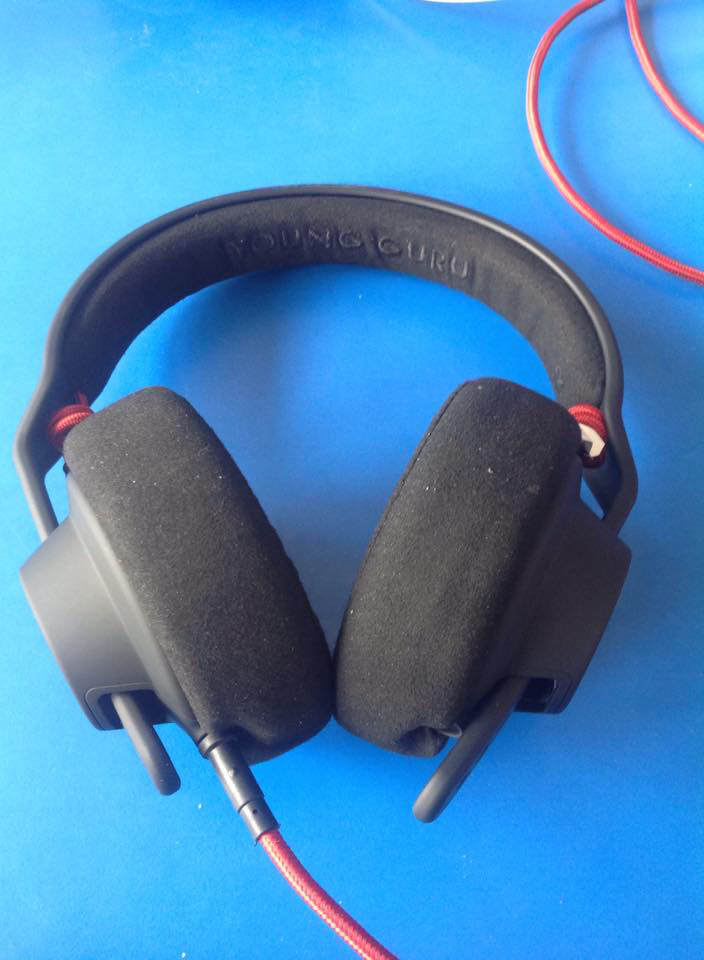 So, this gripe aside, the headphones can be rated on two criteria – as headphones and as a modular product.

As a modular product, I’m not sure how often a user will change their configuration. Once you’ve settled on what works for you it seems unlikely you’d want to switch up – even if it is a fairly hassle free process. I can see producers being interested in listening to their beats through a variety of speakers, but these certainly aren’t monitors for writing on, their response too sweetly coloured to trust at production level.

However, as a set of headphones, they are typically excellent work from AIAIAI. They sound great and look incredible, with streamlined curves and a complete absence of intrusive external branding. They start at a touch over £100, and the fact that they’re fully replaceable means you could happily keep upgrading or replacing as and when you need.  For this alone I think they’re worth a look – in an age of disposable tech, finally a product that harks back to a time when you’d buy something once, buy it well, and keep it for life.

For more info and specific tech specs on the AIAIAI, head over to their website