Track By Track: Susannah Stark – Time Together (Hues and Intensities) In troubled times it is often in music in which we find ourselves most at peace, connected to our own emotions, thoughts and feelings.

Susannah Stark released her debut album on Stroom yesterday but before now didn’t necessarily consider herself a musician as such. In recent years the Scottish creative has worked most prominently as a visual artist, it is only recently that she began to incorporate music into her art.

Her new album is titled “Time Together (Hues and Intensities)” – a collection of spoken word, poetry, samples and meandering textures atop a sometimes sinister backdrop of kraut, wave and post punk. It’s as much a statement and a reflection on the scenario upon which the world finds itself in as it is musical venture. It’s enchanting, haunting and hypnotic. An ethereal ode to ego, self and home.

We invited Susannah to talk to us about the thematic concept and structure behind the record, which she does so obligingly below…

“I came into this world under the sign of Saturn, the star of the slowest revolution, the planet of detours and delays”

This song tells about the influence of Saturn and the predicament of one who feels themselves slow to learn. They are suffering from a kind of short-sightedness; moving along on a slow, distended orbit, travelling through life in an indecisive, blundering manner that is neither practical nor ideal, but is good enough to get them where they need to be.

In looking for direction in life they are visited by a friend, whose touch brings forth feelings of bittersweet joy through the resurfacing of a romantic memory. Love finds new forms as time goes on, but the feeling persists.

The melodic riff for Saturn was composed on a PSR-16 keyboard, and the bass and percussion was done on Ableton live. This song is a sonic sketch for a character I feel connected to. At the time of it’s making, my friend Hussein and I were talking a lot about Benjamin and the german poet Holderlin, whose lives seemed to be characterised by melancholy and yearning. I was thinking about the importance of softness and in ‘being soft’ and ways to express this using my voice, and later worked on the vocals for this track with Jack Feilden-Irving at Echo Room Recordings in Poole, Dorset.

In the process of seeking truth are obstacles, distractions. Emotional echo-chambers, post-truth messages and spam. Those who at first seem friendly have an objective. Sensations of anxiety and desire emerge from communication structured around a business model that favors speaking over listening. The only option is to switch into a different frequency and engage different sensory capacities.

This drum track had a second life as a different  song. The melody was made using a PSR-16 keyboard. I recorded the vocals myself at home, by leaving a voicemail for myself and recording off my phone, to emphasise the sense of being inside an echo chamber, that the character then breaks out from in the chorus. 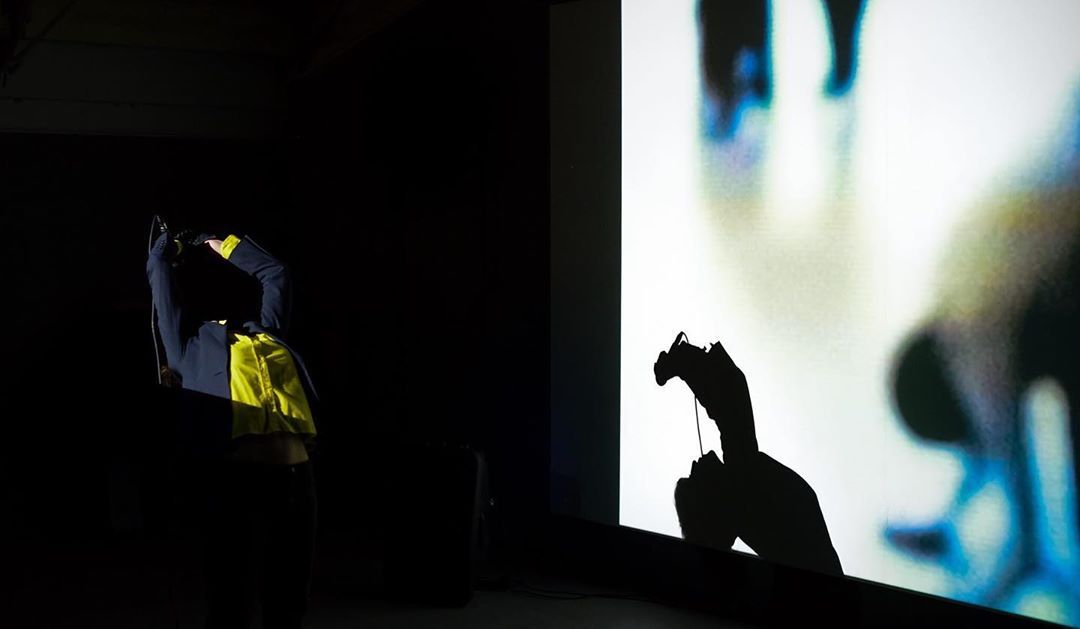 A recurring theme, the slow rotating dance of 1’s and 0’s. The lilt of a pipe tune is carried on the wind over peat bog and salt marsh; environments that breath, flow, and vibrate with life.

Reprise came about through experimenting with ideas for a music collaboration with my friend Don Hayden in 2015. We recorded something quickly using Garageband, which I later remade using a midi keyboard and Ableton live. There were lyrics at one stage but I left them out. There are several percussive elements, which were made from sped up field recordings of night time walks in peat bogs and other such places. There is also a looped sample in the background, from ‘Augmented Flute Live’ by Duchegerm.

This Is For Us

A song about injured pride and the ways in which we come together and apart over time. This is for us, a song for dissolving the words that fragment and separate us.

I wrote and recorded the vocals for this song during lockdown this year. It has a slowed down recording of a piano tune I composed in 2014, along with percussive extracts from a performance work I was also making around that time, that involved creating locked grooves on old records using pieces of string tied to the arm of the record player, and playing a few of them together at once. I like to experiment with percussion in this way, because it creates the sense of something that is not perfectly in time with the metronome, that is organic, bodily and at times vulnerable. 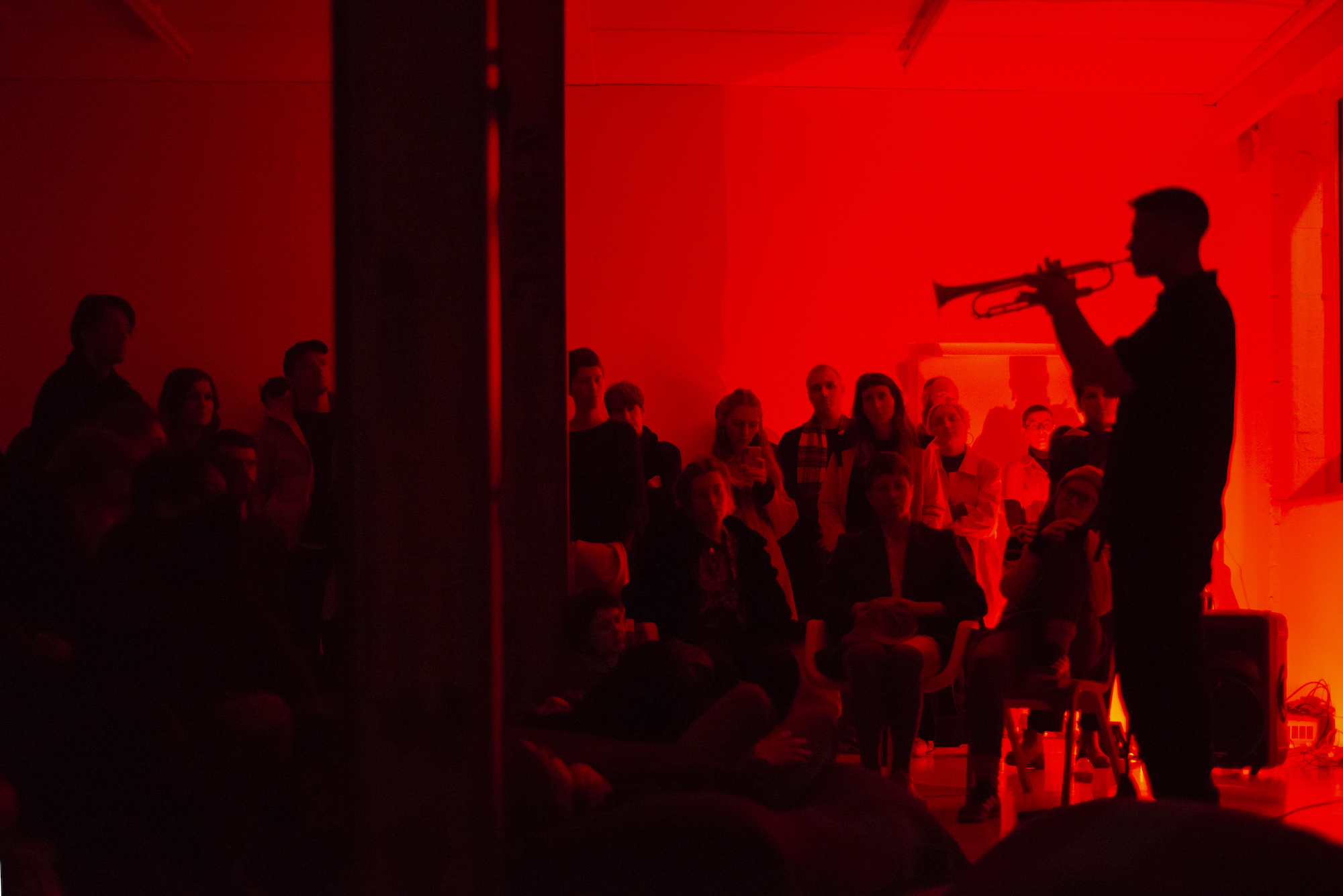 A piece of advice offered to a younger sibling, a living relative. A reminder not to give up on the search for truth, to not be afraid to transcend what you thought you knew about reality. The journey has just begun, and it is never too late to start.

There is someone/something knocking at the door, they are trying to get in. This is the alarm of one who loves you unconditionally. They have come with gentle but insistent urgency to encourage you to wake up. They want to help you to see that you can work towards balance and learn to live without letting the highs and lows of emotion, desire and fear engulf you.

I began to work on Remind You at a time when I had started performing music as part of my arts practice and trying to be more comfortable with being vulnerable in front of an audience.

I composed the track on a midi keyboard using Ableton live, and worked with Jack Feilden-Irving at Echo Room Recordings to record and mix the vocals. Jack invited trumpet player Harry Bassett to one of our sessions and we added a layer of trumpet improvisation to the song to broaden the sense of space.

“…among living beings, I am consciousness… whatever you do, make it an offering to me. The food you eat, the sacrifices you make, the help you give, even your suffering. In this way, you will be freed from the bondage of karma and it’s results, both pleasant and painful. Then, firm in renunciation and yoga, you will come to me… fill your mind with me. Think always of me”

The voice of Krishna speaking to Arjuna, from the Bhagavad Gita (“The Song of God”)

Can of Worms was the result of a short course in sound production I took in 2018 in Glasgow. I already had a keyboard riff made on the PSR-16 and a rhythm in my mind, which I interpreted using orchestra samples on Logic Pro X.

The lyrics came about from a time where I was deepening my interest in Ayurvedic medicine, and I treated this song as both a message and a call to meditation.

I worked with Jack Feilden-Irving to mix the vocals and we also added a trumpet, played by Harry Bassett.

Walking among tall, oppressively reflective buildings that are yet fragile, brittle structures that can barely sustain their own weight, running on energy extracted from the deep earth by brute force. Living is expensive but life seems expendable under the gaze of speculative property developers.

You are a matrix of binary systems – 1’s and 0’s, encoded into every living being. You are a puzzle of logic and theory, difficult to find an entry point into understanding. Biding my time in this city, I resorted to divination and ritual, with the help of some new tools. Night time flâneurie, wanderings, longings and yearnings that seem endless.

Unnatural Wealth was an exhibition I worked on in London with friend Karolina Lebek in 2017, and this was the soundtrack for it. I worked with Jamie Telford at Carlton studios in Glasgow to record the drum loops on a kit, and guitar played by Adam Lewis Jacob, along with the vocals which we recorded in the studio.