Back & Forth: Franz Scala In Conversation with Leo Mas
Minute Read Italo is perhaps one of the purest, most honest forms of dance music left. Prove me wrong? It holds a fruitful joy which can be sometimes difficult to find amidst the dense depths of 'business techno' and modern day house music – it offers enlightenment and high energy moments on crowded dancefloors where friendship and fun remain at the forefront of proceedings.

Franz Scala is the figurehead behind the record label Slow Motion, an Italian dance label based in Berlin. The imprint has long been affiliated with high energy dance music filled with life and peak time moments. He is now involved in the curation of an italo themed room at Salon Zur wilden Renate in Berlin as part of the Der Wilde Freitag party series. Tonight he has invited Leo Mas, a longtime purveyor of dancefloor excellence and a man with superb eclectic taste who has released music across decades.

We invited Franz to shoot the breeze with a prolific figure ahead of the party, see below:

When was the first time you played in Berlin?

The first time I played in Berlin was in 1996, at LoveParade, where I had organized the first Italian wagon, which participated in LoveParade, it was one of the greatest emotions I experienced in my life.

You are one of the legendary Amnesia residents, alongside Alfredo. What was the musical style?

Amnesia, Ibiza was the club where I started DJing. In the summer of 1985, alongside my dear friend Alfredo, we played everyday from midnight to morning and after sunrise. Amnesia was still an open air club – for the whole summer season there were no guests and the sound of Amnesia was a mix of many genres. We were the first in Europe to do a three-hour set of House and Acid House in 1987. It had been Punk for me for ten years before – revolutionary and devastating. Then we played a mix of Synth Pop, Indie, Italo, Funk, Disco, Afro, Reggae, Latin, Brazilian, Pop, Wave, Jazz, Ambient, Soundtracks and beyond.

Can you still find this vibe nowadays in Ibiza?

Since the summer of 1987 we have increasingly played House Music. For more than thirty years the genre has remained the same. There are different nuances – sometimes those are more, deep, minimal or techno based. Technically speaking we still live of that revolution even if it is massified, and has lost the original spirit. What has changed is that the whole world of Ibiza clubs has become an industry. 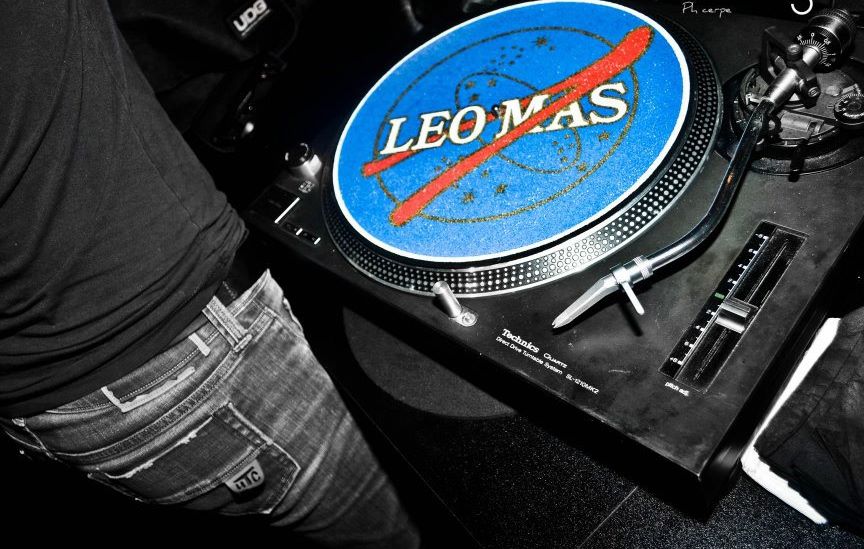 What do you do when you are not working on music?

I'm lucky, my passion is also my job, I'm immersed in music, every day. If I'm not looking for or listening to music i'm working on productions and remixes. All year long I live in music.

I know you are a big record collector. Can you tell me when you started and how many you have?

I have been collecting vinyl since I was ten years old, music has always been my refuge, an outlet. It has accompanied me throughout my life,
I wouldn't be here if the music hadn't been there. When I look at my record collection, which is mostly divided by genres i observe my whole life flowing. I was a great lover of Rock N Roll and Rockabilly. I have a large collection of vinyl from that genre but in my collection, which is close to 35,000 strong, you can find many genres.