A Poser’s Guide To Post-Punk, Whatever That Is: Tyvek
Minute Read

A Poser’s Guide To Post-Punk, Whatever That Is: Tyvek No phrase better represents the music press’ frantic attempts to categorise and euthanise than ‘post-punk’, a term whose definition has proven as amorphous as the music(s) it attempts to describe. Initially identified in the late 1970s from the cultural milieu of punk under the hopelessly equivocal name ‘new musick’, the term was coined in an early 1978 issue of Sounds by writers Jane Suck and Jon Savage to put parameters on the dub, krautrock and electronic music influenced areas that punk was entering as it developed and transcended its garage rock template.

In essence, the plethora of music associated with its ‘first wave’ is so disparate and multifarious that ‘post-punk’ quickly became a synonym for that-which-isn’t-anything-else. If used to describe the widening sonic and thematic territory occupied by bands associated with punk once punk dwindled, then it’s a suitably loose descriptor of a vibrant era. The trouble is, post-punk remains just that: an era. Perhaps the continued use of the term is an appropriate homage to the ceaseless subversion of tropes that the acts associated with its birth pioneered. 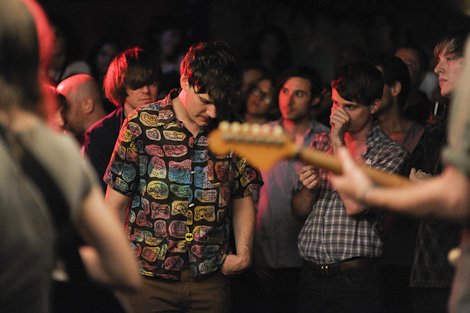 Today, though, it refers more than anything to a set of aesthetic principles characterised by motorik grooves, the push and pull of assonance and dissonance, and rampant experimentation. Whilst often retaining the energy and aggression made popular as punk tropes, contemporary ‘post-punk’ (music made in accordance with these principles) tends to make a habit of abandoning the three-chord progressions that punk used as a claim to accessibility. Not out of a disdain for simplicity, but out of a desire, even a necessity, to question what’s possible in the band format. In 2018, two bands purporting to play post-punk one after another on a bill might be the most jarring, exhilarating live music experience it’s possible to have.

With that in mind, I present to you a poser’s guide to modern post-punk, whatever that even is. Consider it a mismatched, eclectic highlights reel of a vanguard of innovators who music journalists do not own like they used to think they did.

We’ll begin by focusing on Detroit’s Tyvek, about whom tantalisingly little information is available online. What relics can be pieced together reveal a band whose brand of experimentalism has a great deal in common with the low-tech subversions of post-punk innovators Wire, whose 1978 record Pink Flag would be canonical were it possible for a set of principles to have a canon. Tyvek exploit the simplistic, repetitious elements of punk that are often used against it, and appropriate them in songs that demonstrate a laissez-faire disregard for structure and form. Where punk wanted you to know it didn’t care, Tyvek don’t care whether you know it or not. 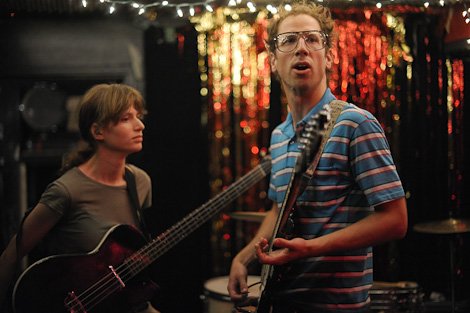 Their expansive discography evokes a band in a state of tireless, continued evolution since its 2004 formation. This is surely due in no small part to the very literal evolutions they’ve undertaken whilst cycling through 22 former members. With frontman Kevin Boyer as the only consistent player, it’s only natural that it should be impossible to guess what they’ll do next. Bolstered by Boyer’s rambling, political lyrics (‘Tyvek Chant’ from 2016’s Origin Of What “was adapted from an anti-capitalist rant that I delivered into an empty, snow covered parking lot in Columbia, Missouri at 4 am on a weeknight in February after getting tossed out of the college radio station for being wasted and trying to play an impromptu Tyvek set live to air”, Boyer has said), Tyvek stroll into familiar sonic territory only to utterly destroy it moments later. Please accept this feeble-hearted showcase of what they do best as a genuine attempt to delve into their vast discography.

Tyvek play Nuits Sonores on the Ayers Rock Boat on Thursday the 10th of May. Photos by Tim Griffin.

Tyvek – Wayne County Roads from ‘On Triple Beam’s, released in 2012 on In The Red.