Tryst: The ‘Monday Is Okay’ Mix Ah, the post weekend blues. The abstract feeling of loneliness and sadness as you return from fond adventures and back to the world of work. However, fear not for a Monday can be a blessing in disguise, especially one as soundtracked as beautifully as this. We are delighted to welcome the ambient and eclectic tastes of Tryst to our series – a husband and wife duo from London with an impressive taste in electronic music and the realms of odd. This mix features a sprawling array of aural accompaniments for the weary and the tired including tracks by H. Takahashi, Minilogue and Space Afrika. It also features new music from the pair who are set to release their debut release as a duo on Apparel Tronic later this month…

We are Jordan & Enhua Bruce, based out of London, first and foremost we’re husband and wife but also now a production duo working together and recording under our newly formed Tryst guise.

Ambient / glitch / dub-techno influenced by labels like Faitiche, Echospace Detroit, Thule, Mule Musiq and ~scape. Below is the amazing collage artwork created for our ‘Issho’ release by Dutch artist Vesna Vrdoljak. We told her the places we took the field recordings for the project and sent her some pictures and she came up with this, it’s probably as good a representation as any of what our music looks like. 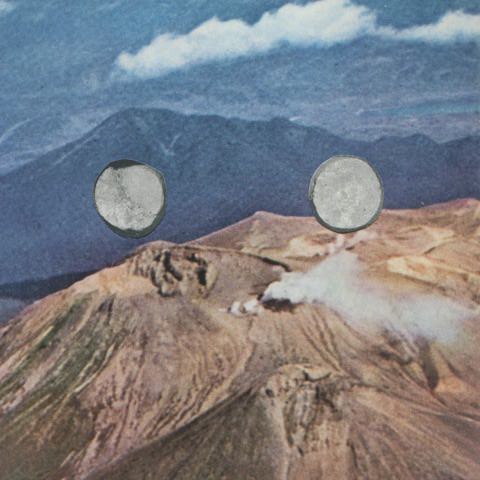 At our flat on a sunny spring Sunday afternoon, digging through our record collection.

A cabin tucked away in the mountains or the forest, with a huge glass wall looking out and a selection of some of the outrageously expensive audiophile gear currently available on the market like 2x Pro-Ject Signature 12 turntables, some Klipschorn speakers and a Bozak mixer.

Minilogue’s ‘Nor Coming Nor Going’ has long been a favourite and probably the pick of the bunch, everything these guys made together and Sebastian Muallert’s solo output is gold.

Efdemin’s ‘Carry On, Pretend We’re Not In The Room’

Efdemin, because he’s my favourite.

An opening track can tell a lot about what to expect for the rest of a set so I guess opener for me, although a well chosen closer is always a brilliant thing.

The first was Tuff Little Unit – Join The Future on Warp and the last was Francis Inferno Orchestra’s new Veranda Culture LP.

An extremely laid back sloth.

Les Points – Ultitemplate, sooo much swing on everything it gets pretty confusing (for me at least), outstanding record though –

Our debut release is out on the 25th May via Apparel Tronic https://soundcloud.com/apparel-tronic/tryst-issho. Lots of other stuff coming up from my other project Yard One as well.