Funk, soul and R'n'B from a producer and DJ with a bright future.

Funk, soul and R'n'B from a producer and DJ with a bright future.

A few months back we were sent an album via Huntleys & Palmers, a record label with which we have worked closely over the years. It was by an artist called System Olympia who upon digging we discovered had previously released music via Slow Motion Records and was a regular on NTS.

However, nothing prepared us for the supreme quality of the record and to be honest it caught us completely off guard. Titled "Delta Of Venus" the album features ten tracks which move slowly and provocatively, some built for the dance floor and others simply for a dark room and late night funk. Elements of Lo-Fi and nods to the P-Funk era creep throughout in what is an alluring, sexy affair.

The record has already received widespread support and airplay, it's of little surprise given how well rounded and addictive it is. System Olympia is an artist who has very much made a statement and we are humbled and delighted to be able to feature her as part of our mix series.

Please introduce yourself... Who are you, where are you and what are you?

My name is Francesca. In art System Olympia. I live in London but right now I am on holiday in Italy visiting my family. I am a music producer, beat maker, DJ, and I have a monthly show on NTS
Radio.

My music sounds like the soundtrack of an Italian erotica film from the80’s. A story based on high sexual content but also filled with intense romantic tension. Makes you aroused but also makes you cry at times. 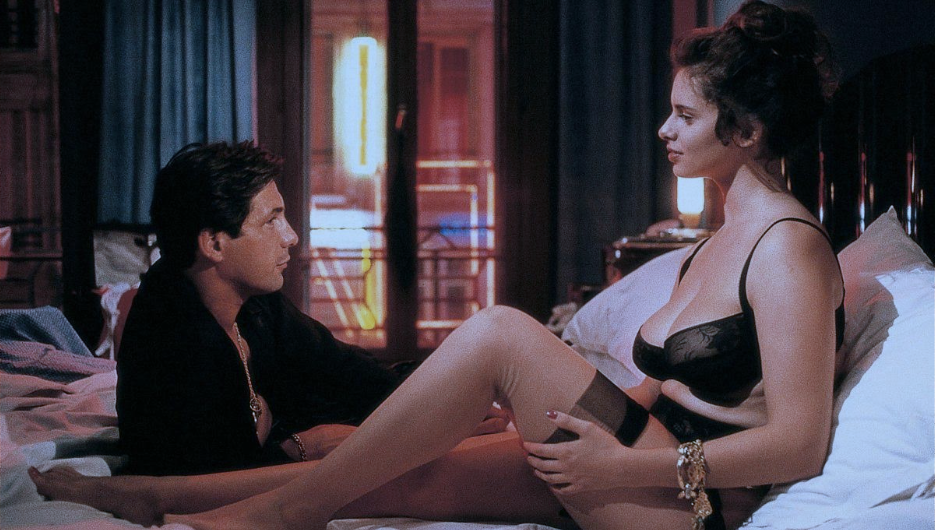 In my mom’s house in Calabria, Southern Italy.

Drinking vodka in a pool at night, with someone with whom you share an eclectic music taste and a lack of inhibition.

Swimsuit and a Kangol Hat.

My home studio in London is the perfect place for me. At night with my purple lights on. One turntable, Apogee interface, a microphone and Ableton.

The first one. It’s so unapologetically slushy. My dad used to listen to it when i was little and the melody being so simple but moving, always fascinated me. Its like a rosewater lullaby played on a synthesiser.

“Chesca System” - A mix I’ve recorded in 2008 and was selling on CD via Myspace. It was loved by so many. It reminds me of so much enthusiasm about music I was sharing with lots of people at the time.

Grandmaster Flash, back at his house in the 80s. I know we would like the same songs and we would be wearing similar outfits.

My first set up in Italy was Cool Edit Pro on a slow PC and horrible computer speakers.

In London my first set up was two 1200s and a Vestax mixer on the floor in an empty room - I got a system before I got any furniture. I have better speakers now and better recording gear but pretty much the same set up. Lots more furniture and possessions around it though.

Start track. I’m never sure people will listen till the end. They should though cause the end track always tells as much as the first.

I think the first was Midnight Marauders. I'm in the process of buying Alice Coltrane Eternity on Discogs at the moment but the seller is being annoying.

The ice your lover is sliding on your skin trying to keep you cool on one of the hottest days of the year.

A jaguar resting in the shade.

Upcoming in the world of ...

Look out for my next EP on Slow Motion Records out soon.