It's been less than a year since audiovisual artist Surgeons Girl made her debut via Bristol's Livity Sound, but the impact of that release is still ringing loudly in our ears.

Inspired by synth pioneers and experimental composers like Suzanne Ciani, Laurel Halo and Kaitlyn Aurelia Smith, from her home in the South Western city she's been composing ethereal and emotive compositions that sit somewhere between ambient and techno. Since her first Livity Sound outing, she's contributed to their 10 year anniversary compilation, as well as releasing her sophomore EP 'The Empress Moss' for London's Inside Out Records just last month.

Now, with clubland back in full swing, Surgeons Girl has just made the leap from the studio to the booth, with her first DJ gig kicking off a string of sets across the UK. Before you catch her IRL, on today's mix she gives you a glimpse into the sonics that inspire her as both a DJ and producer.

Ransom Note · Surgeons Girl: The 'Shine A Light On' Mix

I can’t draw but this image by Daniel Clowes is a suitable one. 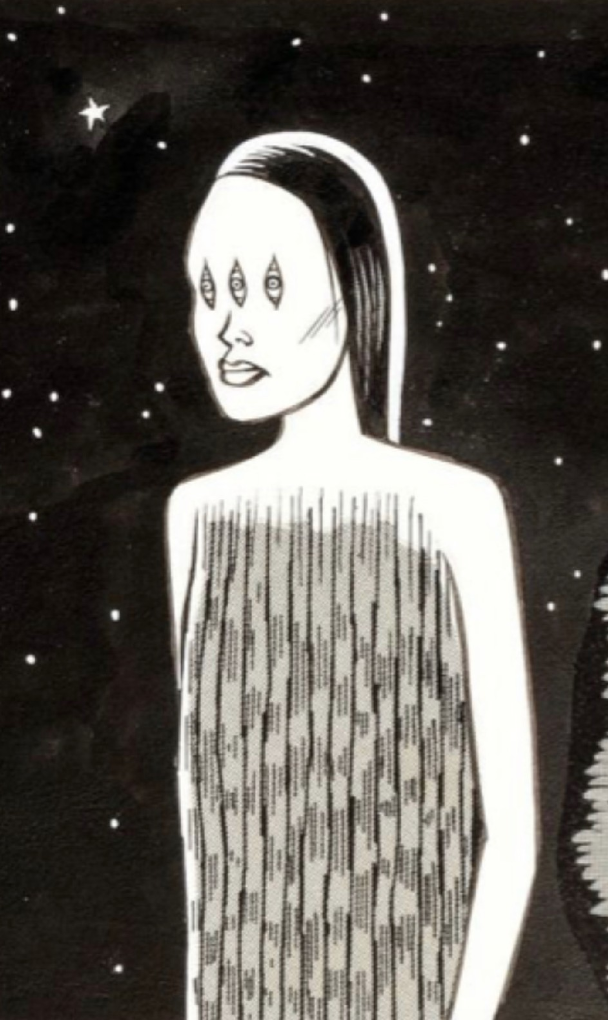 In my home studio

Post club and in a dark room or maybe on a long journey somewhere.

Somewhere with an amazing speaker system would be a dream, which I don’t have, maybe a forest or beach at 5am.

Karen Gwyer track – I always reach for this, so much energy!

Fabric Ricardo Villalobos, I remember hearing it and just thinking what is this?!!!

I have only recently learned to DJ! To record mixes and my radio show on Swu.FM it is Recordbox and Ableton.

Last record is Jako Jako E.P on leisuresystem. First record – I would love to say it was something cool but probably East 17 or something.

I’m a pianist too, learning some Crumb at the moment, that would be difficult to fit but I guess nothing is impossible.

I have a few things coming up.

I have my first DJ outing on the 10th Sept for the Livity Sound night at Trinity Centre in Bristol - amazing line up. Sept 17th for Batu’s EnMasse Festival in Bristol at the Cube which is an amazing cinema venue here in bristol. October 16th at The Exchange in Bristol ‘The Bottle’. Nov 12th in London at The Cause with Cabin Fever x Nousklaer Audio

Livity Sound celebrates it’s 10 year birthday with a compilation of 18 tracks including one new one from me, out 26th Sept. More music planned for 2022.

Also you can listen to my monthly show on Swu.FM every 4th Sunday.

That’s it, thank you for having me!

Amy Dabbs: The 'Shine A Light On' Mix

A killer mix from the Keinemusik member.

Sparse compositions from the multi-instrumentalist, composer and academic.

Nina Stanger: The 'Shine A Light On' Mix

Significant Other: The 'Wednesday Alternative' Mix

The Club Night Club co-founder and Oscilla Sound producer steps up to the plate...

A label showcase from a special musician.