Nina Stanger: The ‘Shine A Light On’ Mix
5 Minute Read

Nina Stanger: The ‘Shine A Light On’ Mix Perhaps one of the most wondrous facets of music culture in the UK comes in the form of grassroots, diy promoters and dj’s who strive to broaden the eclecticism and experiences of people in their town. Based in Aberdeeen, Nina Stanger is a dj from Scotland who recently sent us an email following what some might deem as a fortunate, unfortunate experience if that makes any sort of sense. You never know who might turn up, hit the club, or the opportunities which might unfold as such…

Earlier this year footage emerged from a party in Aberdeen in which British politician Michael Gove was seen wildin’ out to electro and jungle – he was alone yet found his way into the murky, smoke filled club in which Nina Stanger was playing a carefully crafted set of electronic and bass inspired sounds.

Soon after this she dropped us an email, explaining that she was gutted by the oblivious, unremarkable press coverage of the incident and was keen to be known for something more than accompanying the late night escapades of a rich Tory. We liked her style.

She sent us the mixtape from the night itself and we were blown away by her selections.

A keen digger, a radio regular on Edinburgh station EH-FM and a talented dj we offered her the opportunity to record a mix and demonstrate what she’s all about. The result is an hour of cleverly orchestrated music which would work wonders in the club.

I am Nina Stanger (pronounced like stranger but without the R), I am from and currently based in Aberdeen. I am a DJ, designer and artist and I have a miniature schnauzer called Teddy. I play anything from underground dance oddities to classic pop. As an avid record digger, my crates are never limited to one style, time or audience.

I play a lot of different sounds, this mix starts off as a sleazy booty and breakbeat mix that morphs into off-kilter techno and bass a lot of which has a really alien sound, I imagine it being music for Tyranids, which if you don’t know are scary space insectoids from the Warhammer 40k series. 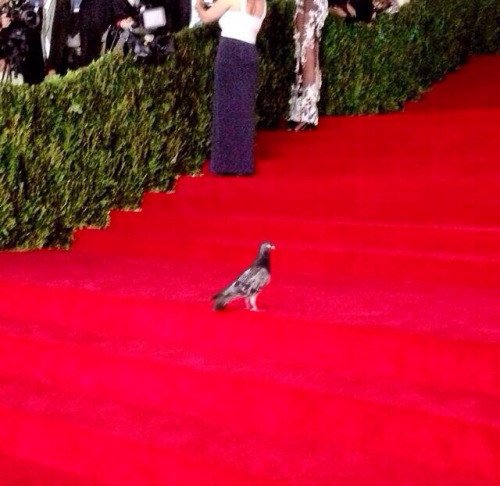 In my bedroom with my Genesis P Orrige posters looking down on me, which I nabbed when I was living in Stockholm. Sadly I bought a ticket for the Psychic TV gig that those posters were advertising but didn’t make it as I turned up on the wrong day, still cuts deep to this day.

In a set by Furman Ahmed, their installations and scenery are so otherworldly and alien.

An original nervous records bomber jacket that can then be posted to me!

The original Sound Factory in NYC, after 4/5am when the ballroom kids showed up and I can alternate between playing 93/94 house classics, tribal and vogue tacks. I would have loved to have been there when Junior Vasquez was playing one of these kinds of sets. the closest thing to it these days might be Eli Escobar at Battle Hymn.

It would be hard to pick a favourite, I love all the tracks in this mix but if I had to it would be the Grime VIP mix of Jammin’s Go DJ, it has an amazing high energy worth constantly rinsing. I have to add that right now I am all over anything by Ma Sha Ru, their production is so urgent and tapping into that alien skronky techno energy that I love.

I have a few but one I have always come back to is Slow to Speaks Core 94″ mix, its pace and energy would be hard to imitate. I think also worth an honourable mention is the first mix that started my love of club music and culture was an ALFOS mix that my cousin sent me back in 2013, I met so many amazing people and heard so many classics following at those nights all of which will always hold a special place in my heart.

The Nightlark, I had so much fun playing back to back with them when supporting the Black Madonna and Red Axes for NYE at the SWG3 in Glasgow.

Initially I had a basic Denon controller, which I used to start putting on nights with my cousin when I was about 18. Then I got a good deal on a pair of old technics 1210s and I borrowed an even older, original Urei 1620 mixer and was able to play some of the records I had been buying. Not long after this I scored a mint Vestax pmc46 rotary for £100, that’s what I am currently using.

Definitely the intro, I think you remember a mix by its intro or at least all the mixes I have enjoyed, when I think of them I first think of the intro. A mix intro has to have lots of quick mixing and a vocal, DJ Funk’s megamixes have that down perfectly.

I had to look this up as I had no idea, I even logged into Juno to check my order history. The first two records I bought were Coyote’s LP Glide Time on Is It Balearic and Bell Towers EP Territory on Public Possession. Me and my cousin were obsessed with that Coyote LP.

The last record I bought was I Want To See You Get Off by Satin an old house record from 93’ I really have a thing for anything that sounds sleazy and profane.

Mohamed’s Mind by 2 Kilos… that intro.

I will be playing Bongo Club in Edinburgh on the 8th of November alongside Auntie Flo, Exterior and Gaming for the 8th birthday of label Hobbes records. I am really looking forward to being able to share some other exciting upcoming gigs that are yet to be publicly announced. I am also planning some art exhibitions to take place in the coming months, so be keeping those eyes peeled.

I host a monthly show on Edinburgh station EH-FM with The Nightlark, called Nina Stanger vs The Nightlark, for the format we like to do mix challenges each month choosing a time, era or scene to research and dig for. EH-FM, is a great station with lots of shows all worth checking out, big shoutout to Feena, and the rest of the team there. Mixes
Amy Dabbs: The ‘Shine A Light On’ Mix News
Scratchclart teams up with :3LON for single on Hyperdub