There are some labels that you constantly keep tabs on, waiting eagerly for that next record to drop... For me, R.A.N.D. Muzik Recordings and Bitterfeld are one (ok, two) such examples.

Now we won't conflate them both, they're separate entities, however they are both steered by the same man, Perth native, Leipzig-based Reece Walker, who relocated to the German city around four years ago.

Here he struck up a relationship with R.A.N.D. Muzik, later leading him to start Bitterfeld alongside friend Daniel (Marius) Reißer. But for context we need to go back to the beginning of the former label and the collective of friends that launched it.

"R.A.N.D. Muzik started out in the mid 90s from Gunnar Heuschkel, Torsten Recknagel, Marco fischer and Jens Kuhn (Lowtec), as they all studied and lived together in Schmalkalden, a town in Thuringia in the east of Germany," Reece explains. "The collective spawned the labels, ‘Out To Lunch’, ‘3B’, ‘Science City’ and ‘United States of Mars’ and then a few years later, R.A.N.D. Muzik Record Manufacturing, the pressing plant in Leipzig."

How the label arm came to be many years later was down to Lowtec, somewhat inadvertently too.

"I had studied on exchange in Germany while at uni and after coming back to Australia I put on a gig for Lowtec in Perth with some friends. I got along really well with him and his family and when I moved to Leipzig four years ago, and he introduced me to Gunnar Heuschkel and Jan Freund who run the pressing plant. Unfortunately they didn’t have a job for me at the time but I think they wanted to help me out so I ended up helping them make the record RM241216, which was a one-off record but became the unofficial first release on the label."

The record sold well and led to them asking Reece to continue organising releases on what would become R.A.N.D. Muzik Recordings. The initial idea was to showcase products coming from the pressing plant but it soon turned into a platform of its own.

"A lot of the early releases were compilations, partly because I really like compilation records, especially when they’re held together by a common theme but all the tracks, are at the same time, quite different. Also because a lot of the artists weren’t so well known, it gave them a chance to release their music when they’re not ready to do a whole record. This has definitely changed, the last few releases have been solo records, which I think is important to give artists a chance to make a complete work; a whole record to do their thing."

The latter is a format that Reece's second label Bitterfeld have predominantly stuck to over their six releases, except a V/A with the closest members of the label family last year. They may only have a few records under their belt, but every one packs a serious punch, particularly my personal favourite from Interviews back in 2018. This got a proper rinsing.

When asked what record held a certain sentimentality for Reece, this release was also mentioned. "More than any other record it would definitely be Bitterfeld#03. Interviews (Markus Gebauer) isn’t exactly young and he’s done quite a few projects before but that was his first full EP under this alias and I think it’s the best record I’ve been involved in putting out, he’s by far the most talented musician I’ve ever worked with both from a production/aesthetics point of view and just simply being good at music… but crazily, he’s not super confident with his music and maybe because of this it feels so underrated."

This month marks the release of Interviews' sophomore outing for the label, and it bangs just as hard. You can check for yourself by listening to the opener below.

Bitterfeld, quite naturally, veers toward the darker side of electronic music, taking in fast and furious electro, EBM, techno and new wave. This is in part down to the type of music Reece and his label partner Marius were listening to at the time of starting it, but you can't help but feel the sonic output seems to correlate with the industrial vibe of the city that the label takes its name from.

"It’s a small city in-between Leipzig and Berlin, which is fitting. There’s also a kinda joke to the name, which not being German has maybe always gone over my head somewhat. I mean, I don’t wanna say anything bad about the city we named a label after, but it’s where they manufactured chemicals in East Germany. Not that it’s a drug joke or anything like that, I think the place is/was pretty grey and industrial and not a place we’d really want to live, as in, the city’s name describes the city… why would they call a city Bitterfeld?" 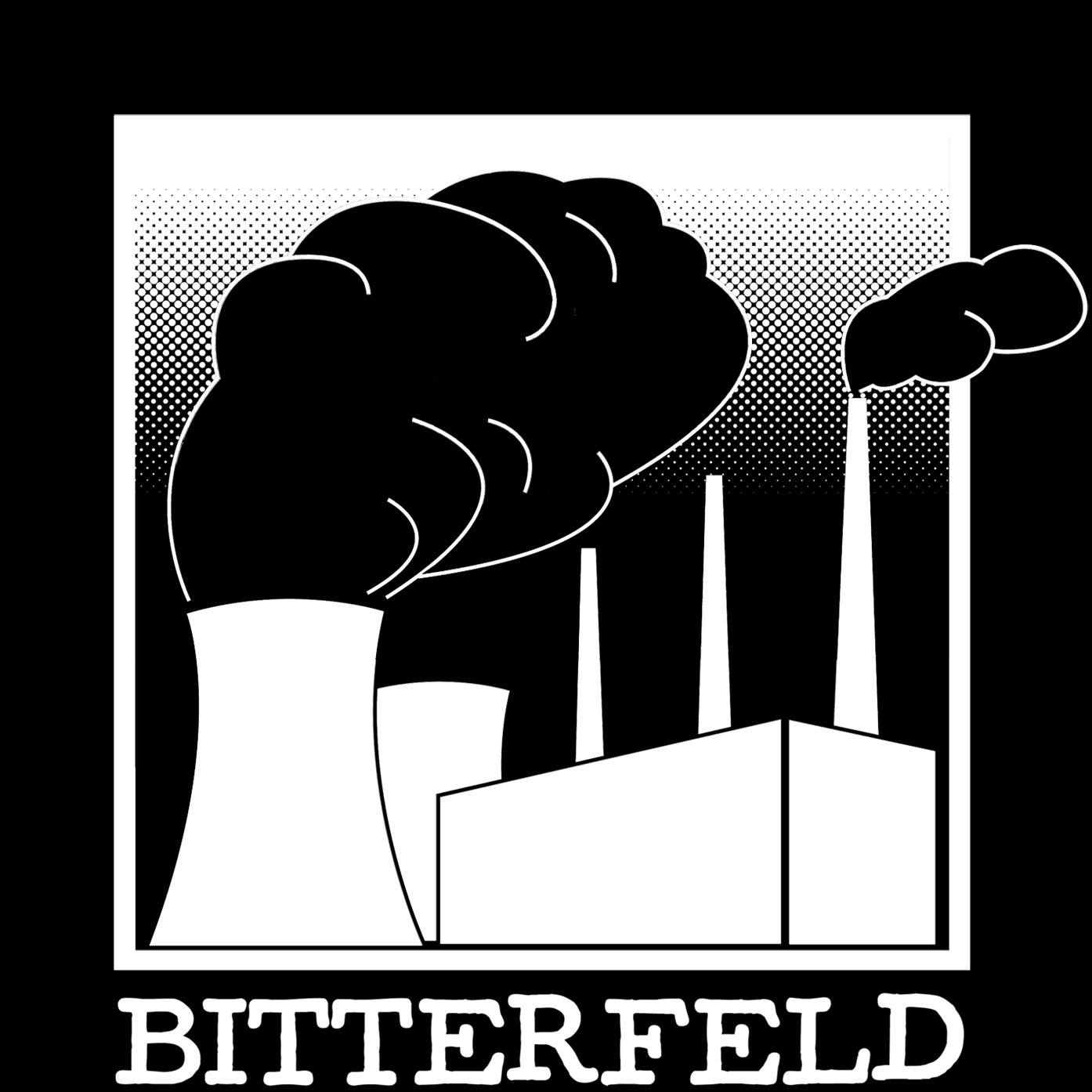 In contrast to Bitterfeld, R.A.N.D.'s output is a bit lighter in places, focused more on house and breaks. The music policy remains somewhat loose though with the central mission concentrated on celebrating local Leipzig artists.

"That’s important to me because I really love the city, people and scene here and being a foreigner I would like to give back to the city that’s been so kind to me. Also pretty much everyone I’ve released on either label I know personally, but I think this is just because people you’re friends with show you music they’re making." 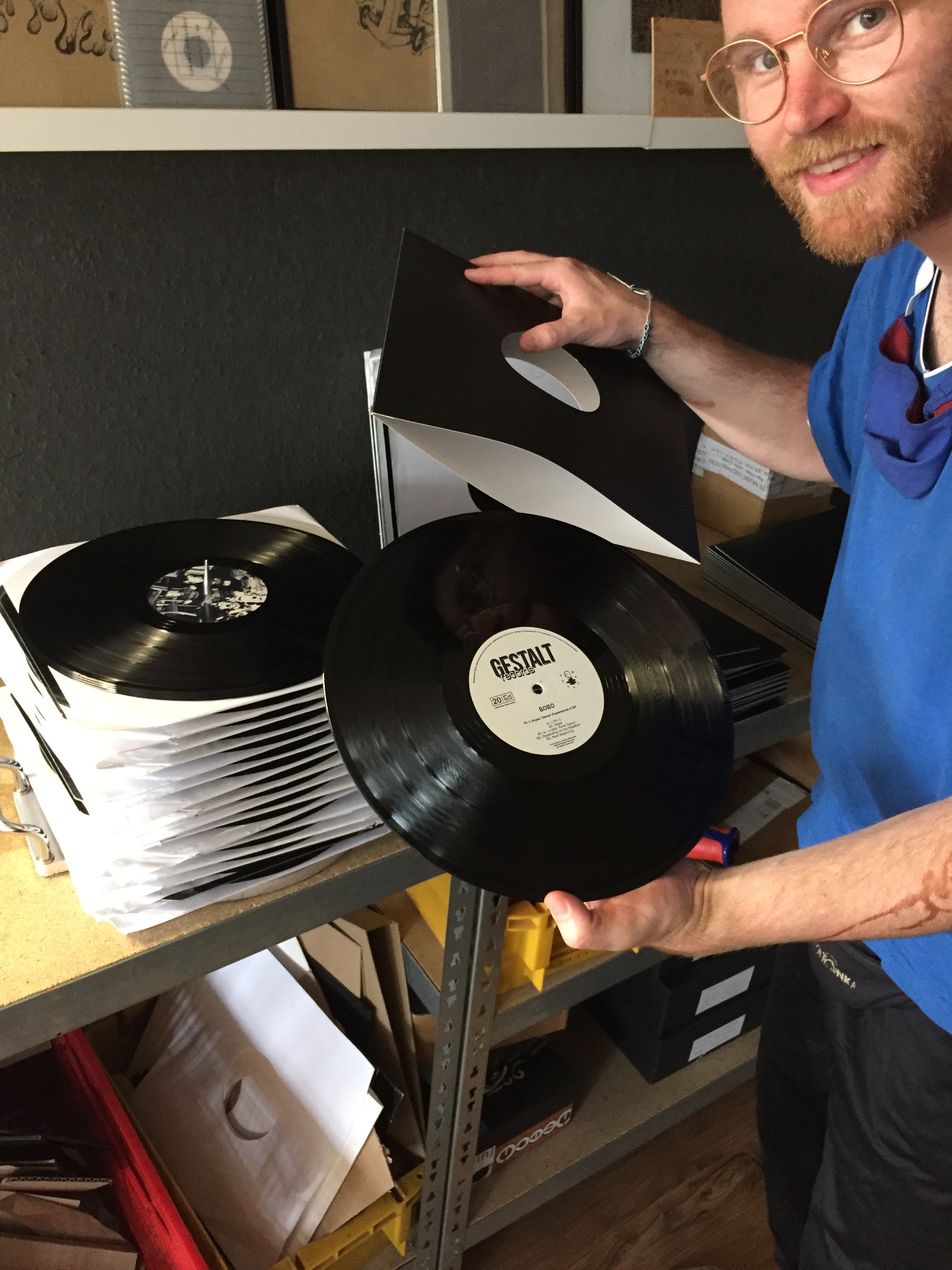 Not only does this duty to showcase native talent stem from Reece's urge to give back to the community around him in Leipzig, it's also something he's sought to emulate based on the fruitful scene back in his native Perth and the labels, Good Company Records in particular, who are doing their bit to spotlight local talent in the city.

"Perth doesn’t have the biggest scene in the world and being so isolated a lot of people end up leaving, but the music scene there is also really strong and has a lot of talent, despite the city sometimes going unnoticed. Good Company only releases music from Perth artists, which has given so many great artists an opportunity to share their music with the world. Nik & Andy (the guys that run it) have done so much for that city and maintained a really high standard of music on the label. Not that I want to copy this, I just think it’s a great philosophy and a way a label can help a scene so it’s something I try to keep in mind."

Reece's feet are firmly planted in Leipzig for the foreseeable future, and there will be plenty more releases seeing the light of the day, many from artists who are based in the city.

It's clear that he feels he owes a lot to the place he now calls home. But he can rest assured that he's successfully playing his part in uplifting the voices around him and, in every aspect, simply doing the best job he can.

"I was so nervous when I started doing this, there was so much history behind R.A.N.D. Muzik and I’m a foreigner that had only been in Leipzig for half a year when I started it, so I obviously wasn’t sure whether I was entitled to be a part of it and its history. But of course, no one really cares about any of this and everyone was really supportive and kind from the start, which I think is indicative of dance music culture in general and the people involved in it in this part of the world."