There’s a palpable sense of determination in Teneil Throssell's, or HAAi's, response to my query concerning where in the world she’d most like to maintain a residency, besides Phonox: the Brixton club where she currently enjoys this privilege. “Sorry to be super obvious here, but Panorama Bar. I don’t think it needs an explanation generally speaking, although… if it hadn’t been for me visiting the club for the first time a few years back, I honestly believe my life wouldn’t have taken this path. Perhaps it’s a sentimental thing.” Chance, it seems, could be partly responsible for the prestigious position she occupies today. Some, though, might recognise it for what it really is: unfettered talent and unwavering dedication.

Before Phonox, Throssell maintained an informal residency at Hackney’s Ridley Road Market with an eclectic party she lovingly dubbed Coconut Beats. It was presumably here that she developed the slow-burning style that she is now known for, and which flourished after she was offered the opportunity for a residency at Phonox. She is often responsible for soundtracking entire parties. Her approach is best described on her own terms: “Having six hours in that club every week to explore new ways of playing and taking people on a sonic journey is something I will never tire of”. 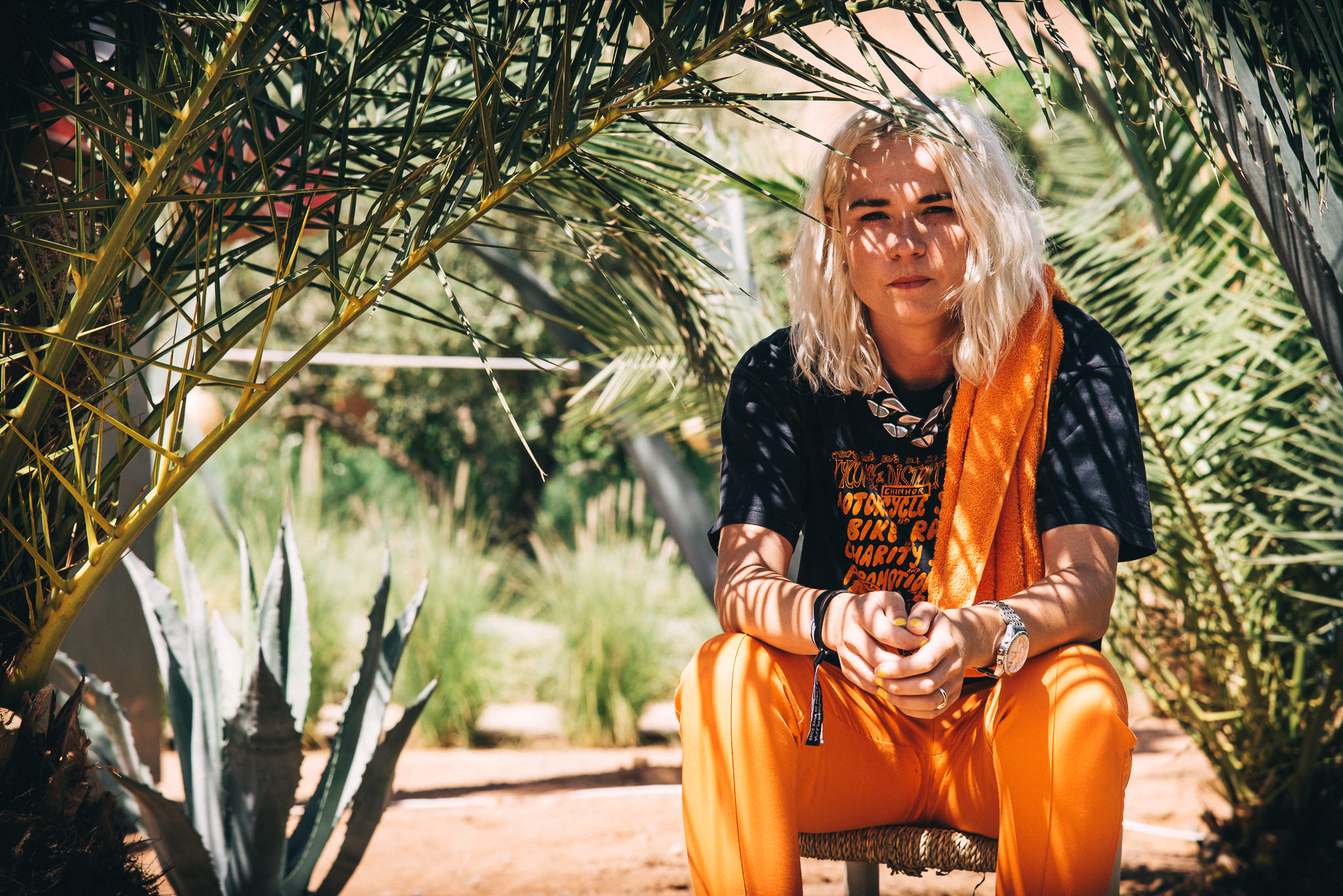 Now well into her second year as the Brixton club’s Saturday night attraction, the reputation she’s earned there is best indicated by the slew of festival dates she has lined up for 2018, stopping off at the prestigious Melt, Lost Village, Wildeburg, Bestival and a host of others. I ask if she’s ever noticed herself pandering to a festival crowd differently to that of a club, consciously or otherwise. I’m trying to ascertain whether her approach is entirely dependent on atmosphere, or if she’s written a figurative rulebook for herself. “I mean, sometimes you have to work a lot harder to kind of unify everyone, as festival crowds are so transient. Often for me playing at bigger festivals, a majority of the crowd don’t know me yet, so I gotta really work to get those hands up. But never with an obvious banger. Other DJs are much better at doing that than me, I prefer to do it in a more psychedelic way, I think… But that’s part of the whole thing, right? I love it.” The open mind she suggests here is deployed perhaps most obviously in the service of her Coconut Beats parties. Recently, she announced eight new events to take place on Saturdays at Phonox, each with a specific international slant. She’ll be welcoming Israel’s Red Axes, Japan’s DJ Nobu, Mexico’s Rebolledo and more to her second home throughout July and August.

It’s hardly uncommon for a DJ to plumb the depths of the internet in pursuit of the exotic and the forgotten, but Coconut Beats demonstrates quite how far HAAi is willing to go to champion the unfamiliar; a distance rarely matched by her contemporaries in the dance music community. As she sheds more light on her musical background, her insatiable appetite for the new begins to make sense. She formerly enjoyed some success fronting psych-rock band Dark Bells, who dealt in the kind of blistering psychedelia whose spiritual home is amongst the current crop of acts on the Heavenly Recordings roster. The band’s collective playing style was exploratory, ambitious and unconcerned with boundaries in much the same way as her curation and selection in the present day.

Indeed, the hazy atmospherics inherent to this former musical endeavour have translated to ‘DaDaDa’ and ‘Be Good’, the first two tracks released on Coconut Beats: the label, and the first two tracks made under Throssell’s current moniker. “I’ve always said that I’m a musician first and DJ second, however the band stuff definitely hasn’t given any advantage with putting out my first EP. If anything, I feel it’s maybe hindered it a little as you kind of take all the anxiety away from something that didn’t work out, and it can fester for a while. For me this happened, anyhow. I think this is part of the reason it’s taken me so long to complete some things in the recent past. However, I think I’ve found my legs now.”

Having cemented herself as a cornerstone of London’s nightlife, she feels a great deal of affection towards Phonox and everything the residency has done for her career. She says: “Jokes aside, I still love it as much today as I did almost two years ago. Partly for the hurdles we’ve overcome, and part due to the club itself, including all staff on the ground in there and punters alike.” I’m curious to know if, from the same vantage point, her direct association with the club ever made it difficult to establish her own identity as an artist. She surprises me. “It’s helped massively, which is pretty clear to anyone who knew (or actually didn’t know) what I was doing before Phonox. However, when I read my name in something it usually comes with the tag ‘Phonox resident’. I really don’t mind it though. I think the music I’m making as well as sets outside the club help to paint more of a sonic picture. That’s where the real weird side is starting to creep out.”
Within the eclectic stable that Throssell is slowly constructing under the Coconut Beats umbrella, it won’t only be her weird side that creeps out, either. “After my next release, the label is solely focussing on emerging artists. This was always the plan, but it seems the time has finally come. I’m really excited for the first two releases as I feel they really represents the heart and soul of Coconut Beats”, she says. I ask if, now she holds more than a modicum of influence in the world of dance music, she’s content to continue DJing, or if its her own productions she wants to sculpt her legacy. “Definitely the music. Hopefully that will be a little more clear with this next EP. However I really hope they kind of compliment each other.” 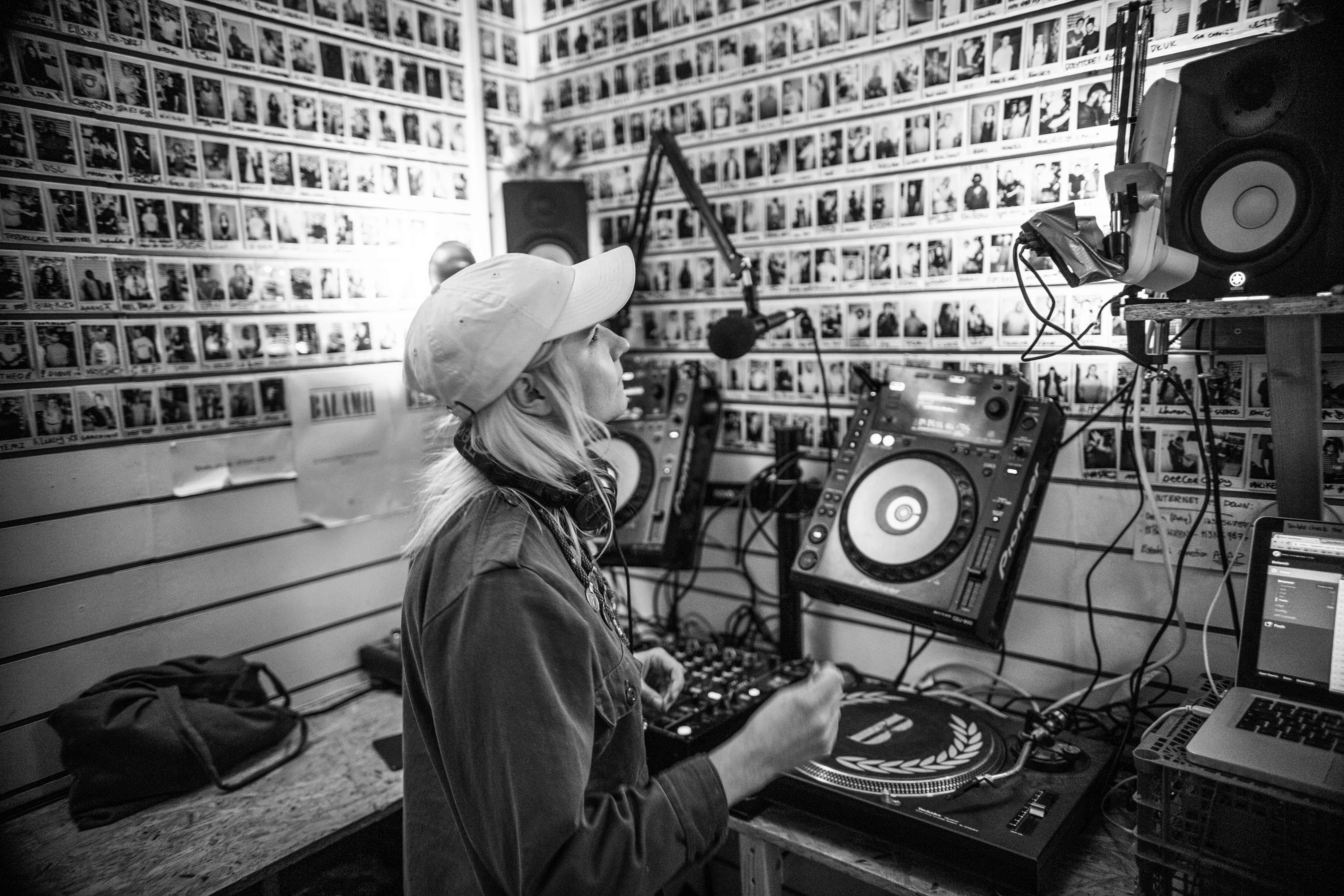 “The next step for me though is to put my live show together. I’ll still always DJ as I really love it and it’s so much fun and infinitely less stressful than playing live. In the end, if you’re physically playing or just pressing play, so to speak, it’s all just sounds that make you feel a certain way.” And there you have it. In a way, it’s this self-effacing attitude which makes Throssell the perfect resident DJ, though ‘resident’ need not feature in that sentence. The connotation is of an open, unpretentious attitude which puts the dancer on a far higher pedestal than her own self-image. This assures that the future of Coconut Beats looks dazzlingly bright indeed. If you haven’t already, now’s the time to say hi to HAAi.