Spending even the shortest time surveying event listings and music magazines, one could be forgiven for feeling that ‘dance’ music is in its rudest health since Inner City topped the commercial charts in 1988.  Festivals are now in their ascendency with at least one occurring every week, most club schedules are full to the brim and wave after wave of releases continue to feed the appetites of hungry music consumers. It seems that business is booming in dance floor land – at least, this is how it appears.

A closer look may dispel this first impression and deeper investigation may in fact cause for some concern. Taking the opportunity to speak with a man who is all too aware of the current climate and its quicksand-covered with solid looking ground, we catch up with the artist Madteo to talk gripes, unsung heroes and feeling duty bound to be true as a record producer.

Italian by birth but New York by determination, Matteo Ruzzon has spent the summer of 2014 in his hometown of Padua. Our conversation is informal and friendly from the outset and he explains how his prolonged home-stay has been the longest for him in almost two decades. The weather has been awful, ‘a lot of rain,’ he describes, but residing and working at home is ‘always’ a good thing. With a unique sound and style, Madteo has carved out a rather wonderful niche for himself. This appeal has been reflected by the candour of labels that have brought him to the public’s attention. Although this hasn’t been the busiest period for him in terms of releases he continues to work ceaselessly to create his music and deliver it to the people whom share his creative outlook.

We speak at length, with no rigid agenda, about the music he makes and that which is influencing him at the moment. A very calm and deliberate deliverer of speech, Madteo’s voice is a rework of its own doing. Detailing early N.Y experiences and whilst still learning the ins-and-outs of his new adopted language, he explains how local linguistics, ‘copius amounts of blunts’, hip hop and ‘ebonics’ helped to shape his espousal of east coast American English. Some time spent in the employ of ‘Wordsound’ recordings would also contribute to the shaping of his musical voice. Recounting, what seem to be vivid and fond memories of this era, the producer explains his role in helping the owner, Skiz Fernando, in promoting the label’s roster. Along the way, Madteo linked up with Sensational, a New York born MC who released on ‘Wordsound’ in the late 90’s. Their partnership would realise its full artistic potential almost a decade after that fact but still now it’s clear that Madteo and his sporadic production partner are still very close. Sensational’s colloquial approach to English may also have influenced the impressionable young producer’s linguistics but more poignantly, Sensational and Madteo formed a dynamic sounding twosome in the studio. Madteo’s debut release in 2007 was a self-styled hip-hop 12” called ‘Basiado Beatdown’ which came out on Italian imprint, Lanquid. Senational’s vocals feature on the A-side but even at this embryonic stage in his production career, the characteristic sound that would become a great part of his later appeal is perfectly audible. Now he says that due to Sensational’s move to New Jersey (Madteo resides in Queens), it’s harder for them to work and see each other – but with an upcoming release via Sotofett’s ‘Wania’ soon to hit the streets, the listening public will be treated to some of the duo’s unreleased archive in not too long a time.

As mentioned, our conversation had no real agenda as we hoped that a free-flowing catch up would better suit the artist and provide ample room for him to share his thoughts and moods as he happened upon them. On the plus side of three hours later, we still found ourselves chatting about the things on Madteo’s mind as he relaxed on his parent’s terrace, smoking and enjoying the evening air. In our meanderings we hit upon some very topical issues in the world of club culture.

Describing one of his visits to DC10, Madteo tells of how after years of playing CDJs and Serato his experience of the Martinez Brothers on that night confirmed for him that his heart lay kindred with vinyl, saying ‘(it) was the first time I noticed the difference so much’ and adding ‘although it took me many years to realise it’ Madteo gained a total awareness of the contrasts that existed between the two delivery methods. No slight to digital formats at all, emphasising that both worlds should live together in some relative harmony, then continuing to speak in the kindest regard for the brothers Martinez amenably saying ‘they were playing pumping tracks’ that were ‘mixed impeccably’ but by his ear, on ‘one of the best sound-systems in the world’ his all vinyl set filled him with a greater sense of satisfaction than that of his N.Y. counterparts. 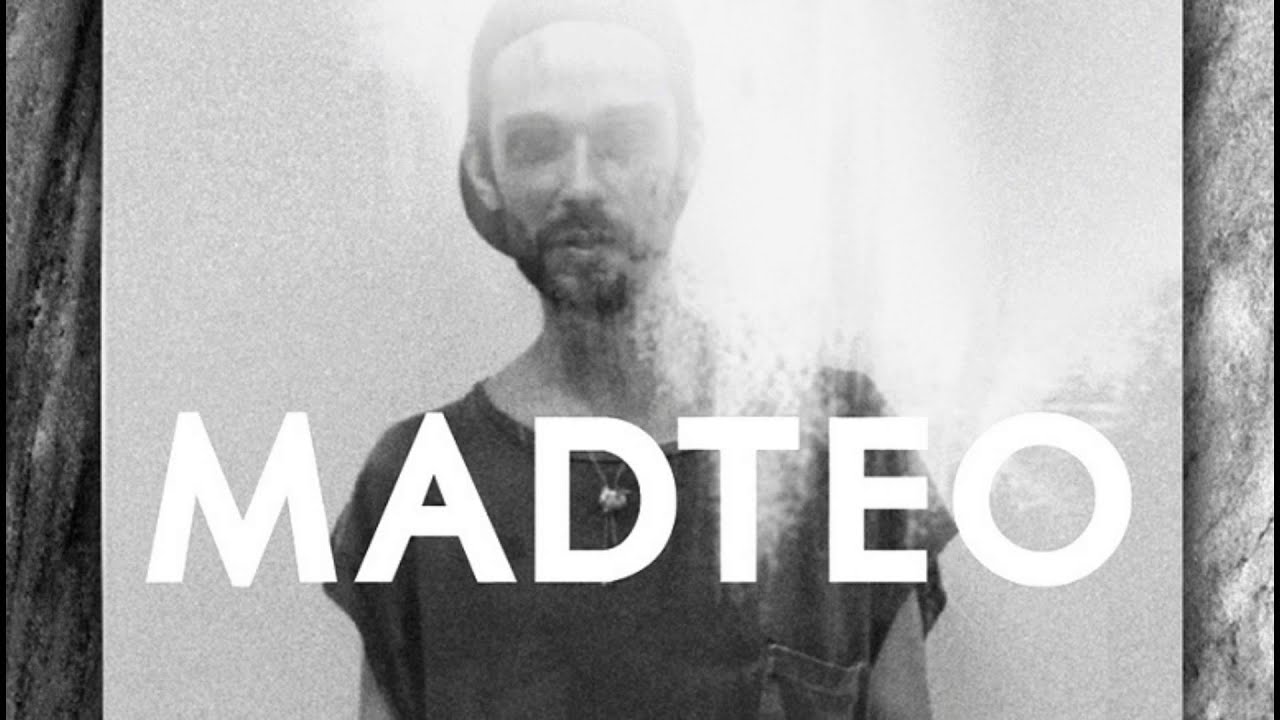 It’s obvious that Madteo lives and loves the life in music that he has chosen. It has beset upon him a great many challenges but in spite of the bogus business dealings, delayed releases, disillusionment in predictable 4/4 ‘banger’ arrangements ‘what is a banger anyway?’ he asks rhetorically, he has remained present in his approach, tiding glad to people like Joy Orbison, Will Bankhead and Sahko records who have helped further his career. With some 39 years of wisdom, he admits he is entering an ‘interesting phase…an interesting kind of devolution’ which, thankfully points to his continued enthusiasm for his conceptions. He speaks fondly of his time at Wordsound, describing the label’s modus operandi as ‘stay(ing) underground’ in rejoinder ‘for the heads’. In reminisce he reels off associated albums and artists worthy of consideration ‘Bill Laswell… Crooklyn Dub Consortium… Subterranean Hits…Spectre’ and jokingly makes reference to the part he played in promoting The Bug’s debut ‘The Conversation’ which found its way onto (college) airwaves in 1997 via the hand of his eager envelope filling.

Much has been spoken of his weekly digging forays in N.Y.C. and whilst at home, his desire to find buried listening treasure has still not abated, taking him to the home of a long time record seller in the Padua area, where he has spent hours rifling through stacks of crates to unearth foreign and domestic sounds that are practically unbeknownst to anyone apart from their owner. Good-humouredly and partly in jest, he refers to himself ‘a music historian’. Non-serious he might be but it is easy to learn a lot from speaking with Madteo. His latest ‘guilty pleasure(s)’ are hip hop shows hosted on Youtube from which he quotes Kanye, DOOM, Nehru and A$AP. Almost to be considered ‘research,’ Madteo absorbs all music information that surrounds him. He is well up on the golden era of hip hop, 70’s / 80’s European club culture, fuzzy bordered genres such as trap or drill and without pause he delivers a list of emerging Australian producers that by his measure are ‘doing stuff for the right reasons’ which will undoubtedly aid their further exposure in underground music spheres. After 3 hours of discussion, horizons rarely broaden farther in terms of potential listening recommendations.

From clubbing at 15 to the imposition of new music rules he places on himself ‘the older you get, the stricter you become’ Madteo has concluded his nascent period and as the terrain around him changes, his experience and musical understanding will become greater assets to him…which in turn will delight his eagerly awaiting fans. A man of tremendous credence, Madteo will undoubtedly continue to arouse interest as he cuts his path as a purveyor of untapped sounds and strives further to deliver his music in forms that may not top commercial charts but will prig ears in circles where people appreciate an unapologetic style. A style, which focuses more on authenticity than attracting plaudits from so called movers and shakers involved in the business side of the music industry.

Madteo plays for Way Back Here at London’s Dance Tunnel on 17th October.