Leaving The Club Behind: Hnny Talks Clubs aren't for everyone. Nor should they be.

Hnny is a musician and disc jockey who has learnt this lesson over time – a well respected producer and a once travelling artist he has since opted for a calmer pace of life. Not one absent of music and creativity but one in which doesn't damage his own health and spirit. As I said previously, clubs aren't for everyone.

In 2011 Hnny, real name Johan Cederberg, first featured as part an EP on Axel Boman's renowned record label Studio Barnhus alongside Kornel Kovacs. It would be his introduction to a glittering career which lead him to release a sprawling array of club focussed music for the likes of Local Talk, Pets Recordings, Let's Play House, Omena Records and more. His music channeled the nostalgic spirit of house and playfully paired elements of the classic Chicago sound with a fruity Scandinavian edge. Melody was prominent and there was no lacking in musicality, Hnny was an artist who could entice a dancefloor with euphoria and melancholy sadness in tandem. This was perhaps representative of an undertone quite close to home.

In recent times we have observed an increased discussion on mental health within the creative industries: beyond this there has also been a heightened awareness towards the relationship and role that nightlife can play in regard to anxiety and depression. This is fundamentally a positive step forwards for the wider creative community. However, it shouldn't have taken several artists to reach breaking point before the reality of the situation hit home…

In 2016 Hnny released what might be regarded as his final piece of dance music on Kyodai's imprint, Beer. This was followed by a lengthy absence of three years within which Johan scaled back his appearances and stopped releasing music. It was time well earnt, time needed to regroup.

Fast forward to 2019 and Johan has just released his third EP in only a matter of months. However, it all feels different this time. Clubs aren't in the picture and as such the creative process is fruitful and honest. It's all brand new…

Your new EP has seen you taken a left turn or sorts, away from club focussed material towards downtempo and hip hop. It's rooted in a residency/ party you've been hosting at Hosoi – an audiophile listening space in Stockholm. What's been the inspiration?

"There's two parts really.  The record is named after 'Hosoi' – I started playing there two years ago and I played every week. It's been a big influence on me both in terms of music making and dj'ing. I've played a lot of hip hop instrumentals there but also hip hop is how I started making music. I was around 11 or 12 when I started producing music on my own and the first thing I did was make hip hop beats for my friends to rap on." 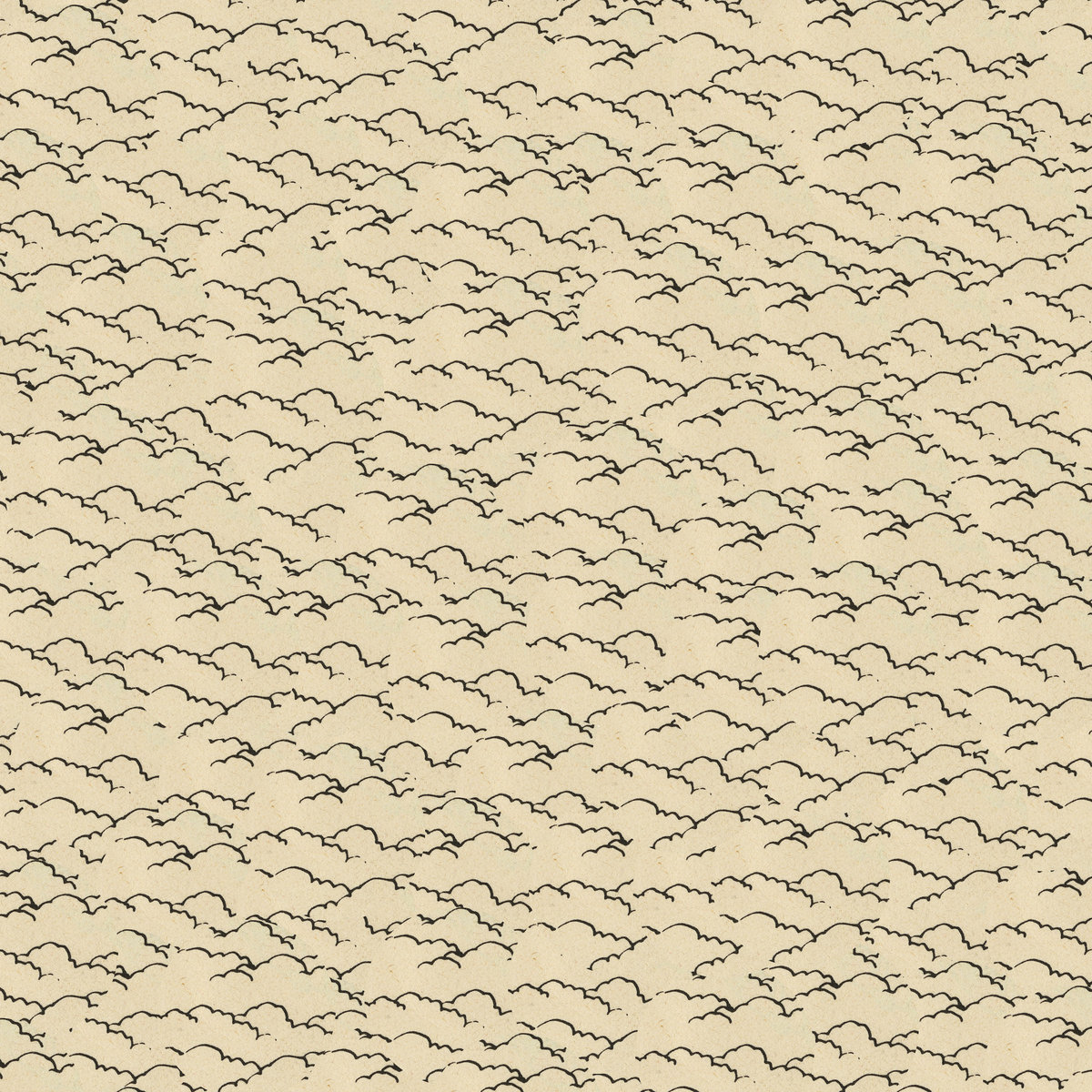 So was there an interesting, emerging Swedish hip hop scene?

"I was lucky in that I didn't know anything – I was so young and there was all this hip hop coming out of Sweden. In my mind these were the 'big acts' and 'super cool'. They were only a few years older than me and they put out their music on things like Napster and via mixtapes. It was a strange time, I thought that this stuff was huge. I was comparing myself to these guys when I started making music and the level wasn't super high. When I made beats it sounded like theirs.

There's still some stuff which has stuck around, a rapper called Phonetik who only made one EP. He was from the north of Sweden and made an amazing EP which I was very inspired by, even on my latest two tracks. The producers behind his EP sampled Swedish music, which I thought was super cool because they held a connection to the music which then related back to me. It had a certain quality to it which made it feel special and I've come back to a lot of this stuff over the past couple of years again."

Was the goal of your latest release to do much the same?

"That was kind of the idea actually. I listen to a lot of old beats and lo-fi instrumentals, a lot of this music is amazing but I felt that it was always structured in the same way. It operates as a loop which fades in, plays for thirty seconds and then fades out. This is often what then makes up the whole track. I sometimes feel that this structure is a waste of an amazing loop and that there isn't enough made of it.

At Hosoi I'd play these tracks and have extended versions of them which would feature little intros and playful elements like that. I wanted to make these tracks more than just a beat, more than just an instrumental for someone to rap over. I wanted to expand the arrangement and make it sound more like a song – not in a traditional sense but in a way that doesn't leave the listener expecting a rapper or something unfinished."

You touch on what you play at Hosoi, how do you approach that? You used to play a lot of clubs and I get the sense that you approach this quite differently?

"I've completely stopped playing clubs and I haven't for a while. There was a while when I didn't play at all. I'd been thinking about this thing for a long time, a place where I could play which didn't have anything to do with a club setting or even a bar setting. It was very hard for me to crystallise the whole idea. It's on a Sunday afternoon which is perfect because there's nothing else going on then – you can come hungover having been out the night before but you can also come after you've been for brunch with your family or with your kids. It's open for everyone and the vibe fits multiple modes or moods dependent on where your head is at.

Up until Hosoi I'd never found anywhere where this could work. The first time we did it there were like five people there, just some friends. Then the next time there was twenty people and then after that it started to get pretty full and began to go really well. People show up and it's a nice atmosphere, they come back every now and then. It's pretty unique and very hard to describe to someone."

So it's become a place which has allowed you to play music very honestly?

"It's been a journey and I'm constantly looking for music that fits. To this day I still don't necessarily know what that is, I constantly play different music, some works and some doesn't work at all. It's about finding music that fits thisvery specific mood which can be quite hard to capture and describe as well as the fact that it is constantly evolving. Beyond this, the technical challenge of mixing music which isn't built for the dancefloor is interesting – you can't beatmatch and need to work out how to piece together the music and look for hints. It's wide open and abstract. It's as much based on feeling and connection as well as trial and error."

Why did you move away from clubs? What happened or was it just a case of you grew tired of it?

"Yes. That's the very simple answer. For me I got tired of the music and having spent too much time in the environment. I didn't feel very challenged making dance music any more. It's like I had a recipe for making dance tracks which I knew too well and when I realised this it made me recognise that I was producing and releasing music out of habit and it wasn't fun. It would be perfect for me if I approached music like it were my job as I would have had the recipe for making money but for me it's never been my career. I don't produce songs to be able to pay the bills and it wasn't fun anymore. I was just done with it. Perhaps i'll come back to it one day but for now it isn't exciting."

So you don't miss touring or playing gigs? Was it quite stressful and overwhelming at times?

"No, not at all. I found it very overwhelming, that's the word and it didn't fit me very well. It's been a while since I last did it and I don't think about it terribly often. I'd go off and play on a Friday and Saturday and the entirety of those days was spent tense, I felt tense all the time. There's a flight you have to catch, then you are afraid you've forgotten your USB stick, then you have to get to the place and meet new people that you've never met, before moving between hotels etc.

It's a very stressful environment which you can be placed in for an extended period of time especially if you are doing it every weekend. It comes down to how you are as a person, some people don't find it a problem at all but for others it can be a horrible experience. For me it just wasn't very good, I'd said yes to everything and it became a bit too much. I think it happens to everyone to different degrees but to be honest I sometimes wish that booking agents and managers were more honest. They should offer words of advice to new artists which indicate the risk of mental health issues, anxiety, depression and cancelled shows. They should be able to tell people when to chill and to think about their choices. It's not a problem when you have five shows but it's very different when you have fifty."

There's a humble sense of honesty and self admission about the way in which Johan speaks. He talks with sensibility and experience.

Musically speaking his most recent creative burst has resulted in arguably his best work to date, he has been able to channel the nature of his own inspiration through sounds and material which he feels represents his roots and sense of self. A worthwhile endeavour which seems to have benefitted his own mindset as much as anything else and a story which should hold merit and value to those in doubt of their next step…