Tomorrow night will see two of perhaps the most intriguing and forward thinking record labels in electronic and experimental music align in East London for a showcase of creativity and abstract exploration through otherworldly sounds.

Muscut are a Ukranian record label who have steadily been releasing music since 2012, the releases have always been 'out there' on the fringes of dance and electronic music – blurring the lines between avant garde brutalist textures and musique concrete. They've released music by the likes of Pavel Milyakov, Wrong Water, Nikolaienko, Papiro and more.  No two releases are the same and the music they are responsible is as much for the mind as it is the physical, tripped out and distorted.

Meanwhile Slow Dance are a London based record label, promoter and purveyors of all things innovative in the capital. They run carefully curated evenings across the city focussing on bringing in a diverse fold of musicians, producers, bands and disc jockeys. Eclectic and full of surpises no two parties are the same…

Ahead of tomorrow night we asked the two labels to discuss the nature of their respective existence. They do so below…

Always curious about how other labels see their concept. What is your label "red thread" which goes through all the releases? Is there any deep meaning in the label name Slow Dance, something against/in opposition to mainstream (techno)?

The label side always focuses on production based solo projects, we want to take people who make music that is on the fringes of what people would expect from them. Often releasing people who are already members of groups as an output for their more personal and obscure music. There isn't much genre identity in the label as of yet, it has its roots in Laptop and ambient music production, but that takes limitless forms.

The name Slow Dance formed from an interest in The Shining-esk abandoned ballroom music and the loss of the 'Slow Dance' at the end of the night, once most of the punters have left. I suppose that is slightly anti-clubbing/techno, we have our roots in dance and electronics, but we tend to take things slower and more reflective.

What effect does your country have on your releases?

We are very focused on London based musicians, possibly because there is an endless pool of talented artists confined to one small City. Brexit has come along and disenfranchised many of the creatives in London, as its multiculturalism is part of its very fabric. It questions our ideals as individuals and creatives, no-one knows what is British identity anymore, and the fragility of the times has shaken the musical sphere and released some very interesting responses. Perhaps this has pushed people into more personal musical identities rather than any common 'scene'. 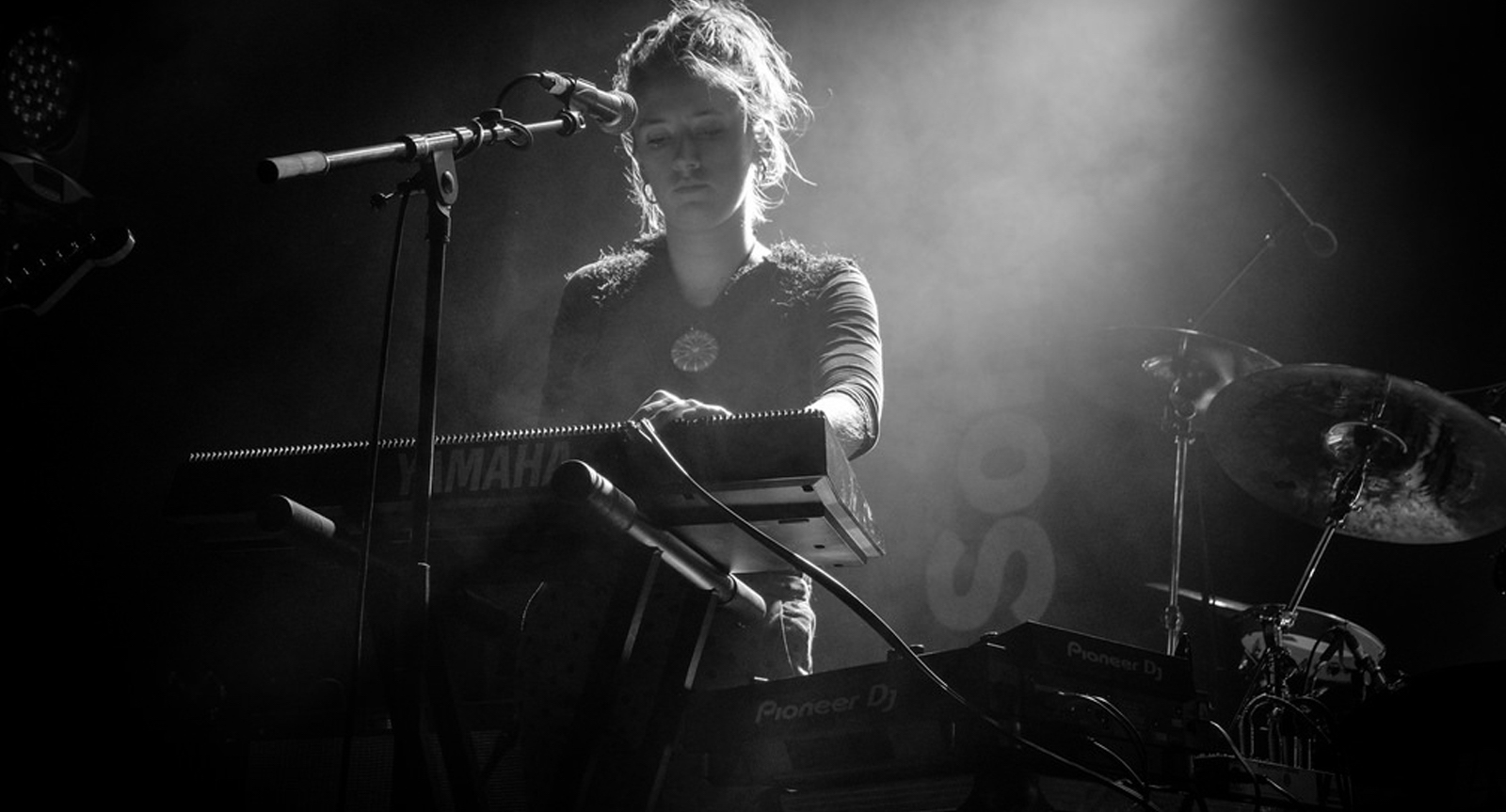 You are a both – release and event label, what is you favourite side?

There are good bits in both. The label stemmed from wanting something concrete from the events we put on, maybe a need for something solid from these heterotopic spaces. Since we started mainly using non-venues, we were curating every aspect of the events, this was a magic that is unquantifiable in real terms. It seems logical to release the music that only existed in these spaces, and we are moving towards recording these performances. For instance we are doing a night with Guildhall Military Orchestra where we tape the performance live, and give out the cassettes at the end of the evening. The recording will exist only in that space and be available only on that night- an attempt to bridge the gaps of spontaneous live experimentation and physical recording methods.

Would not ask about Ukraine only, but what are some of your favorite releases/labels or artists from the ex-Soviet areas?

We really like Johns Kingdom collective, Vladamir Tarasov, the Estonian choir Kammerkoor Head Ööd, Vend have an incredible record of Part Uusberg compositions. We are also massive fans of Inga Copeland/Lolina but there is definitely more to learn!

You have strong visual style across the labels. What the influence behind it?

We are made up of mostly designers and artists, so there is constant visual curation. We have a strong focus on responsive visuals and on the night you guys are playing we are experimenting with looping visuals and how music can respond to this and visa-versa with curators Joseph Bradley Hill and Felix Bayley Higgins. Questions on how visual imagery can create certain musical forms and how in turn those visuals can be manipulated, like a cat and mouse chase between visual artists and sound designers. 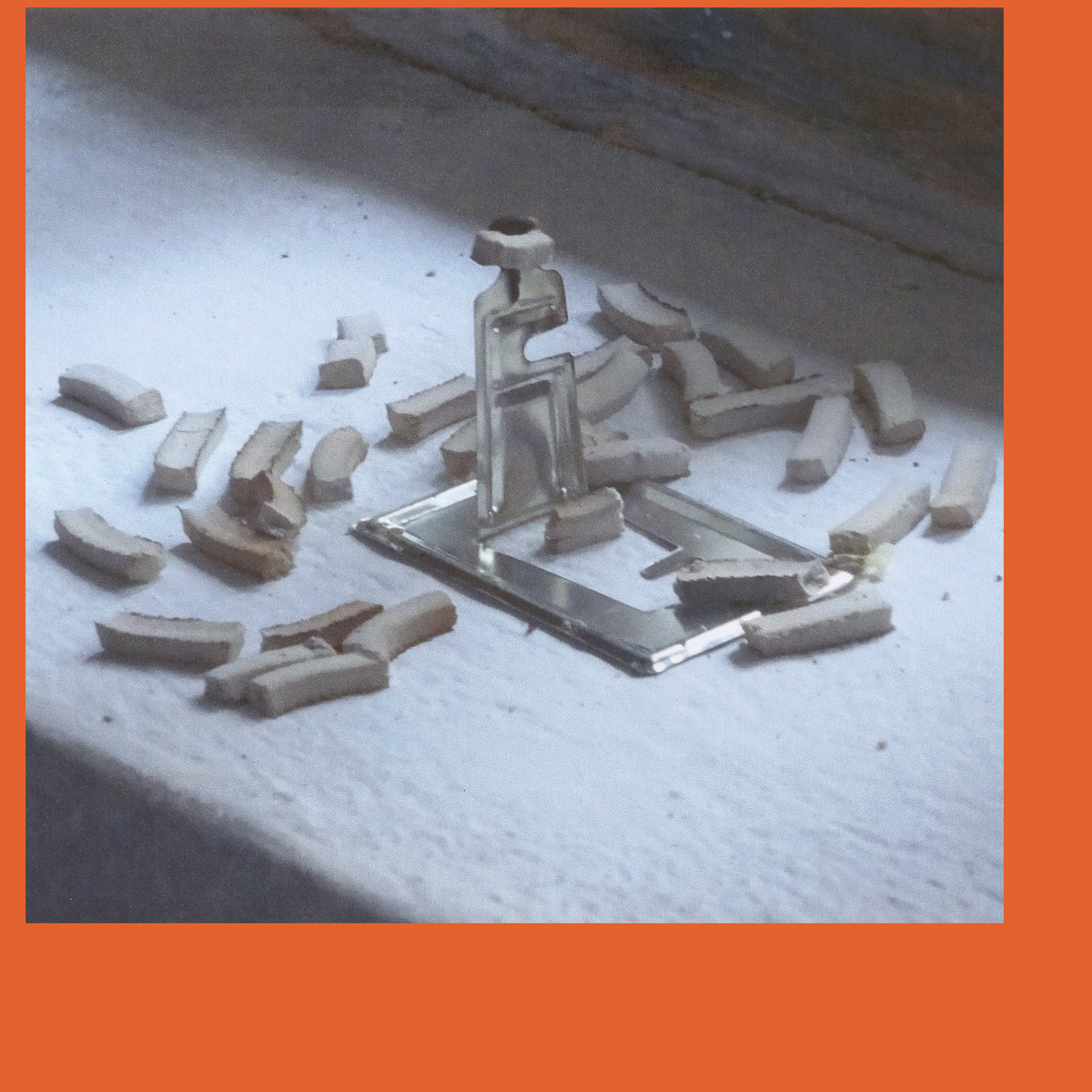 Tell us about Hauntology, something we were fascinated by, just by the name. Is this a philosophy you dictate across all releases on the label, is there acceptions?

Indeed, just the name sounds beautiful even if you don't know what it's all about, like me back in 2012 when I started Muscut I didn't know about this term but was following the same direction kind of blindly. Later, in 2016 my friend sent me a Wiki-link on Hauntology article saying that he found something that explains Muscut.

This concept was first used by the French philosopher Jacques Derrida in 1993 in his work "Spectres of Marx,” which relates to the line from the communist manifesto: “a spectre is haunting Europe — the spectre of communism". Later in the '00s the concept of "hauntology" was escalated and explained in more detail by British philosophers and critics Mark Fisher and Simon Reynolds. However, the term did not get wide use immediately, as many artists like Broadcast, Boards Of Canada, Stereolab (or even Kraftwerk) and others did not even realize that their work could be connected with the discourse of the philosophers, same story for Muscut. So it is not a dictate, rather try to connect all the releases a red thread. Lately, I try to not call this "hauntology", rather self-invented tag "pseudoarchaeology". Especially, after we introduced sub-label Shukai which focuses on bringing back to life Soviet period reissues and lost tapes from 60—90s. So now Muscut is complete — we have "pseudo" and "practical" audio archaeology departments. 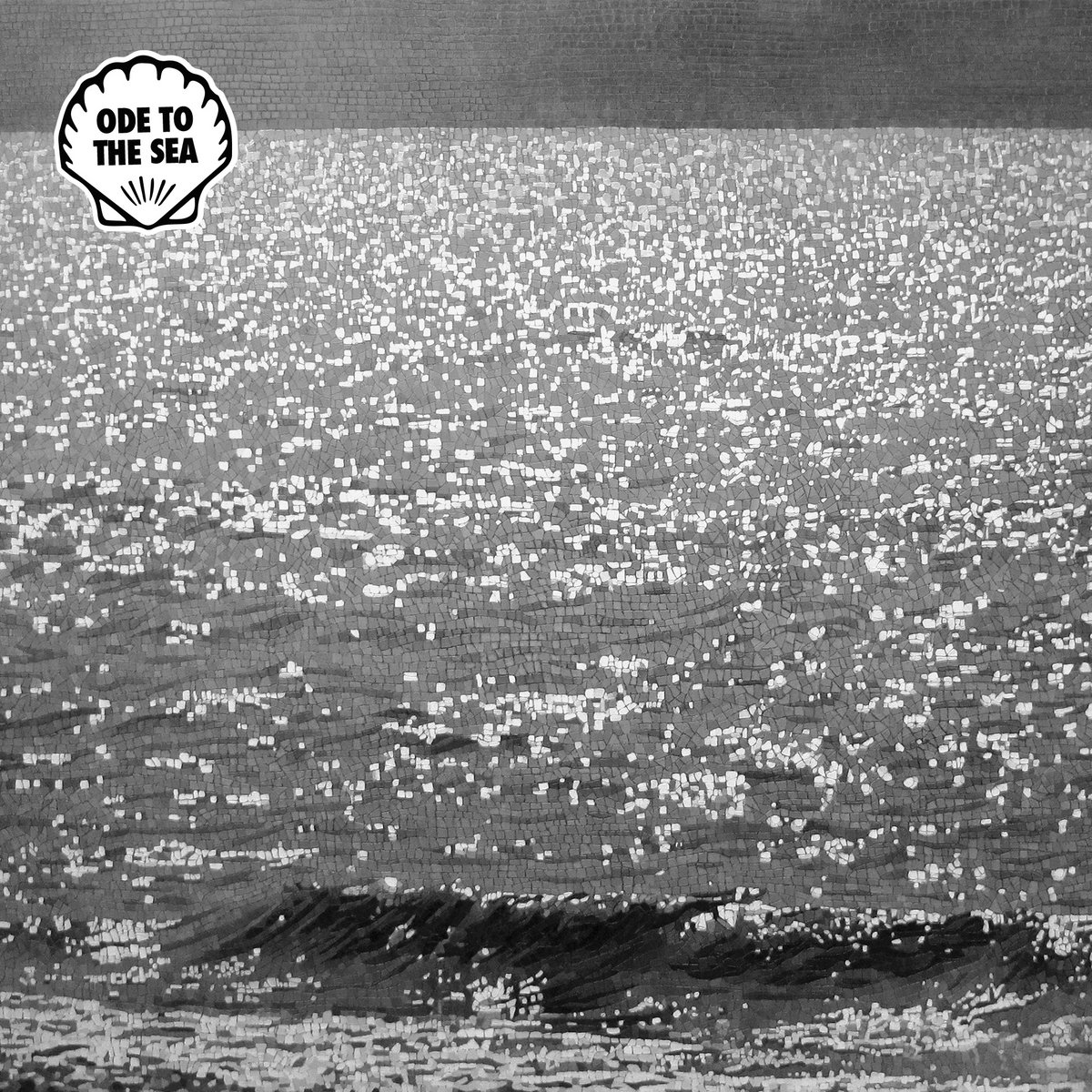 'Ode To The Sea' by Indirect Meets Nikolaienko on Muscut…

How do you come across such a variety of experimental music from Ukraine? We tend to work with people we meet through friends, do you actively seek out new sounds or is it a more natural process?

Yes, the second one — It's a natural process and the label tends to work with friends/people whom I know personally and rarely with friends of friends. There is not so much Ukrainian music on the label, about 30%.

Where do you think you fit in the musical landscape in your country? What effect does that have on your releases?

Statistically — to nowhere in my country. The label is export-oriented if to look on the Bandcamp and distro stats. I should say that the UK is Muscut's number 1 importer. 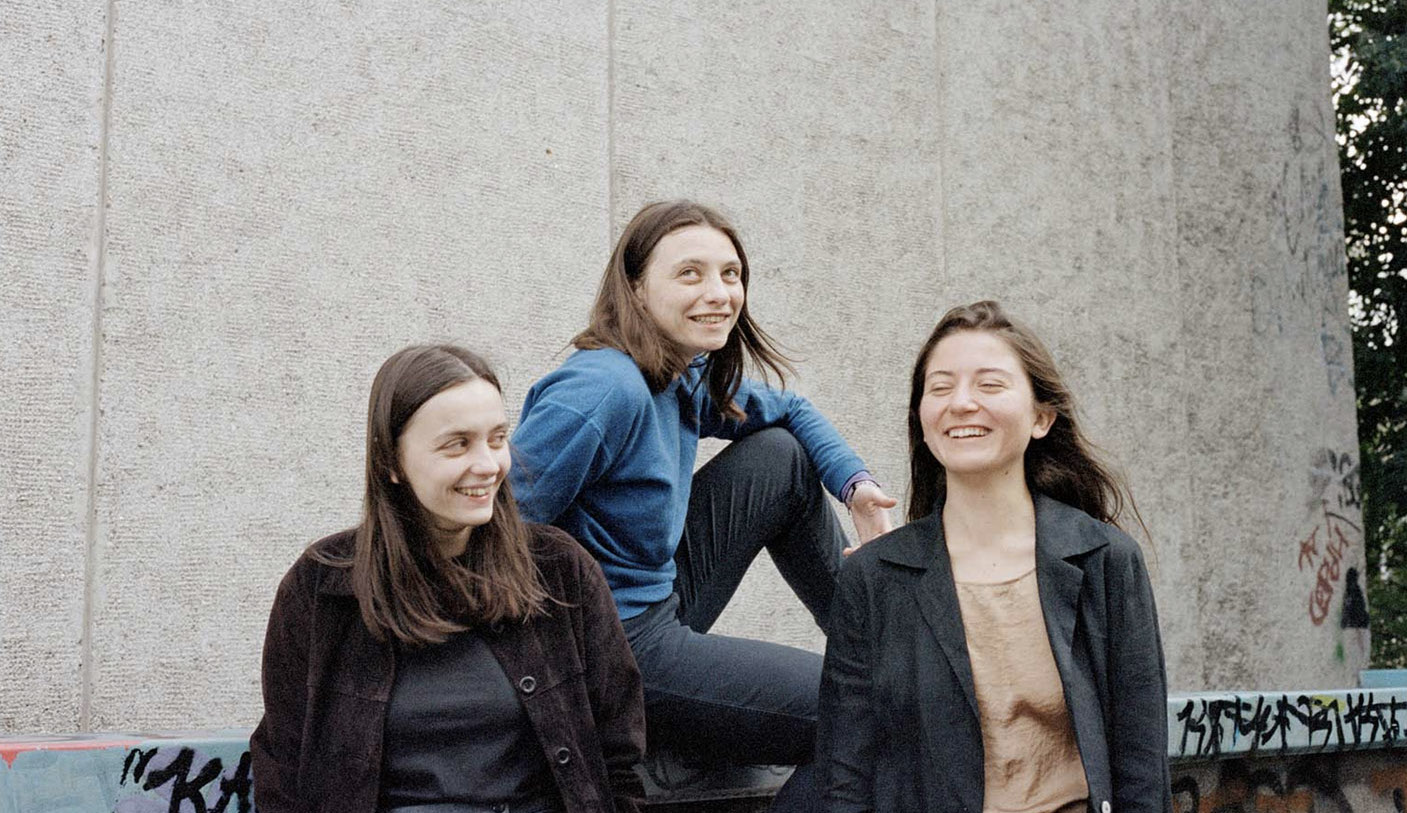 What are some of your favourite releases from the UK?

Too difficult to select some fav releases, too many. Would rather call some of the lovely labels: 12th Isle, Firecracker, Berceuse, Opal and Trilogy tapes, DDS and of course Ghost Box, which I don't really follow lately but it has influenced me in the mid-'00s.

What are your influences aside from music? How does the visual influence the label?

I'm a cinephile, films — are a big source of inspiration for me. My degree and a day job is graphic design, but on the label, I prefer to keep an eye as an art-director/curator and love to delegate each cover art to different friends-designers such as Yevgeny Anfalov, Jugoceania and many others.

More details on the event can be found HERE.