“Make it Portuguese. This is my biggest struggle. I make this music and produce it on vinyl or CD or whatever, and when it arrives at the shop they put it in the ‘World Music’ section. That is not what I want..."

“Make it Portuguese. This is my biggest struggle. I make this music and produce it on vinyl or CD or whatever, and when it arrives at the shop they put it in the ‘World Music’ section. That is not what I want..."

Lisbon is a city of many great virtues; the cheap beer, friendly people and the abundance of sun have caused hordes of tourists to besiege the Portuguese capital. This recent boom of tourism undoubtedly shows how the city can steal your heart. However, something that not a lot of people are aware of is that one of the Lisbon’s most venerable attributes is its diverse music culture. The city has its own particular, hard-to-define rhythm that uniquely blends eclectic sounds from Brazil and Portugal’s former African colonies, such as Angola, Cape Verde, Mozambique and São Tome and Príncipe.

In the first half of the 20th century, Brazilian writer and poet Oswald de Andrade detailed a national plan called antropofagia (cultural cannibalism) whereby Brazil would construct its own unique, post-colonial national imaginary through the “devouring” of other cultures. Having spent the last few months weaving through the narrow, steep streets that define the city, it seems that Lisbon’s music scene has unconsciously adopted a similar tactic, incorporating its colonial influences in order to construct a musical identity that does not distinguish between the Brazilian, African or Portuguese elements, but instead fuses them together. 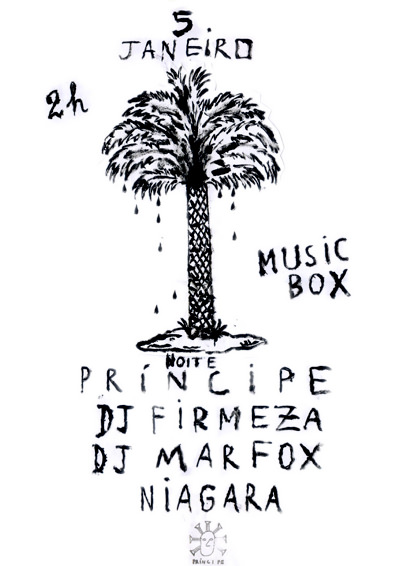 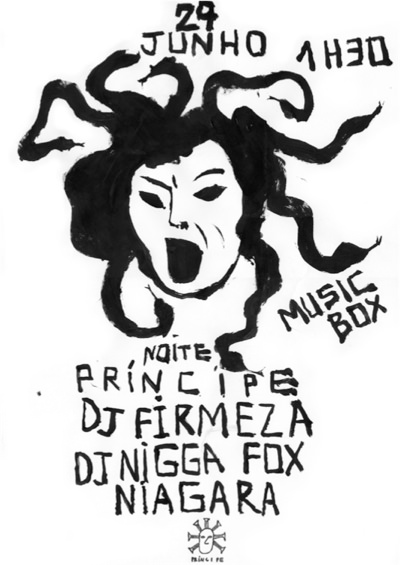 The aim of this article is to shed some light on the vibrant underground music scene that thrives in the ghettos in the outskirts of the city. Príncipe Discos is a local label that is dedicated to channelling the hidden yet rich panoply of producers operating quietly on the periphery of the Lisbon circuit. “We wanted to give a voice to artists that were totally unknown” José Moura, one of the four founders of Príncipe, tells me when I spoke to him in his record shop, Flur Discos, which sits comfortably nestled on the bank of the River Tagus. “It was very important to us to only release local artists, especially those that were outside of the circuit and needed a platform to release their music.”

The unique sound that comes out of Príncipe Discos has been labelled as batida, an original musical style that is heavily influenced by kuduro, a type of music that comes from Angola with a drum beat akin to that of Detroit techno. However, the difference between traditional kuduro and batida is that the latter doesn’t have vocals and is much more electronic. “We had never heard anything like this… There was no context for this music, no name. It is not African music, it’s not techno…” Príncipe also focuses on the finer details, hand-painting all of their record sleeves on their vinyl releases individually.

The profound achievement of Príncipe Discos is having created a space where something genuinely new and innovative can grow organically, whilst simultaneously establishing a platform where local artists are given the opportunity to make a living off the music that they are producing.

However, Príncipe is merely the tip of the iceberg. Just south of the Tagus River, in Almada, you can find music of all kinds. Wilson Vilares, a local DJ and label-head, tells me that “there are over a hundred guys doing music as well as Lycox or Nigga Fox (two producers who release on Príncipe), the problem is no one cares.” Wilson runs Celeste Mariposa, a project that works with Portugal’s five ex-colonies and aims to blur the boundaries established between what is considered African music and what is considered Portuguese music.

“Make it Portuguese. This is my biggest struggle. I make this music and produce it on vinyl or CD or whatever, and when it arrives at the shop they put it in the ‘World Music’ section. That is not what I want, I want to be in the Portuguese section.” 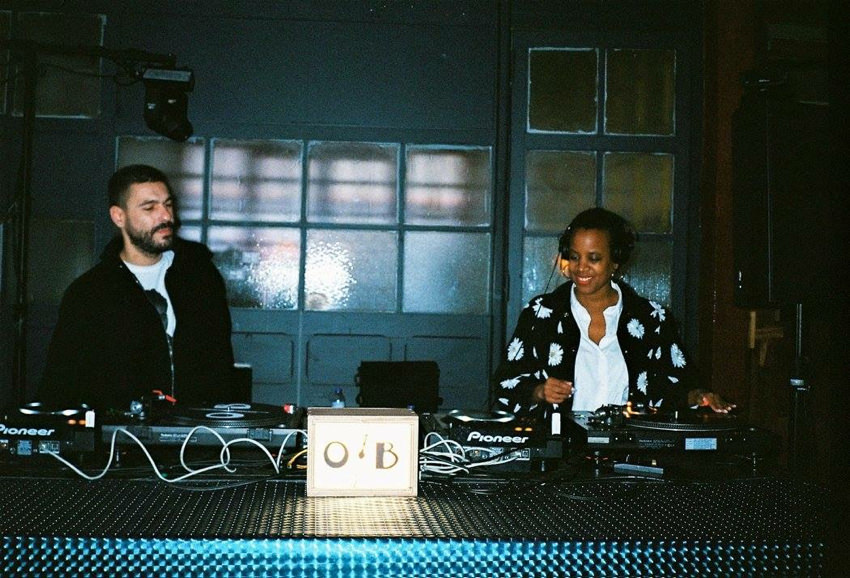 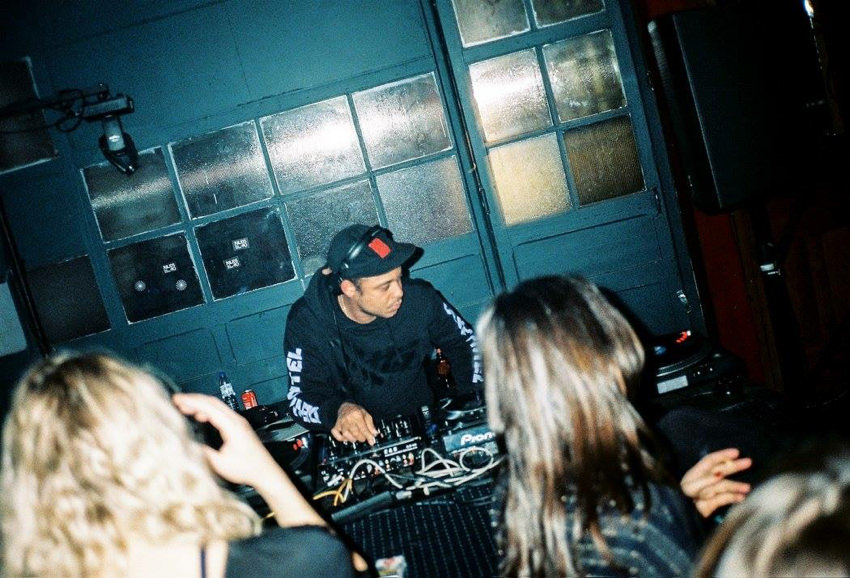 Wilson also organises a night called Afrobaile which, along with other parties such as the monthly O/B (Ouro Bravo), act as emblematic representations of the African-influenced scene in Lisbon. In the spirit of fusing genres and ethnicities within music, the most recent Afrobaile party was headlined by Scúru Fitchádu, a group who play music that is a mix of a traditional Cape Verdean style, funaná, and punk.

“How is it that more labels do not exist?”

Wilson asks me over and over during our chat. This question is even more relevant in light of DJ Nigga Fox releasing an LP, ‘Crânio’ on Warp records in March this year, giving this Lisboan sound a global platform. So why does the scene remain rather hidden in the city? Is there a subtle resistance to this Africanised element of Portuguese culture?

Wilson believes that Lisbon needs ten more years before this transition will happen and remarks that, “it is still at the boiling point here. But not in a good way, you know, people are still getting burned.” 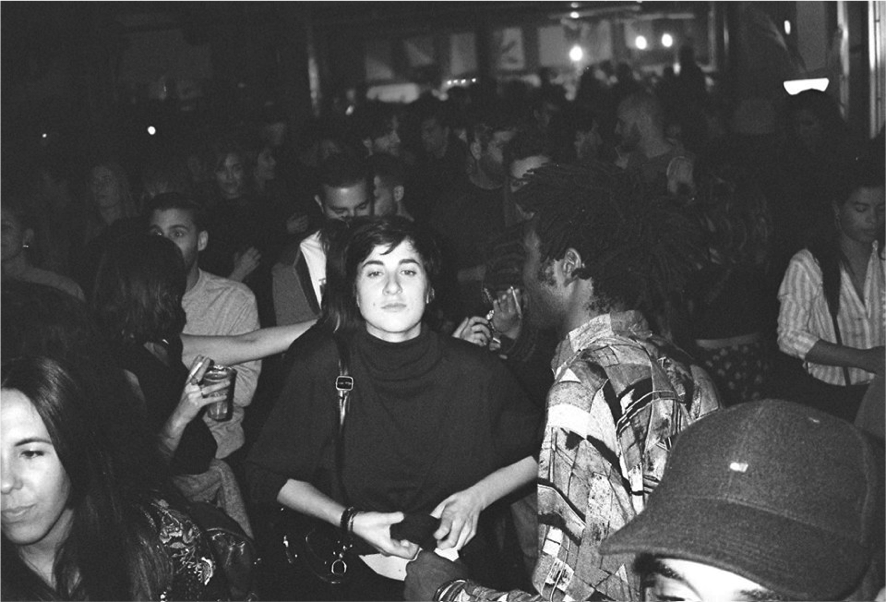 Beyond this scene, bubbling away on the edges of Lisbon, there is also another element of the underground that is tapping into the same vein of innovation. Labareda, a local label run by SONJA, seeks to place itself on a “path that searches for new geographies” or, in other words, to explore what lies between established genres and sounds in music.

It’s very difficult to relate Labareda’s work to that of any of its contemporaries, perhaps you could draw a mild connection to L.I.E.S or Contort Yourself, but SONJA’s label resists definition from all sides. She tells me that, even as a DJ, she is confined by a certain style but with a label, she can explore soundscapes even more obscure than those created in her sets. This is apparent in Labareda’s output which spans from grinding industrial to dreamy ambient and even to textures which could be used as the soundtrack to a perilous journey through space.

“What I channel with Labareda is all of this in-between sound that there is in music. Something more unexpected…”

More than anything, Labareda establishes itself as a platform for innovation, embodying what it truly means to be experimental. SONJA spoke with a subtle yet profound passion for Lisbon, labelling the city as a “mosaic of things” with people “doing their own thing in a very independent, individual and free way.” Labareda is a powerful example of subverting the mainstream and working to offer something genuinely original and experimental whilst championing those less represented by the traditional electronic scene, something that was reflected in the label's Volume I and Volume II compilations which featured exclusively female artists. SONJA believes that this reaction to popular culture has led to something she calls a “rebirth of the underground.”

For me, it seems like the future of music in Lisbon lies in the sounds that emanate from the ghettos of the city and in the shadows of popular culture. What’s more, the work of people like Wilson, José and SONJA seems vital in the quest for evolution in a world dominated by the hegemony of the mainstream. By fusing music styles and ethnographic divisions in music, projects like Príncipe Discos, Celeste Mariposa and Labareda lead us down a path towards musical innovation and to the discovery of things that we couldn’t have conceived of existing.