The Parkinsons left a trail of blood, beer and bodily fluids all across London and beyond during their short-lived rein as latter-day punk rockers in the early 2000s. And, as a new film shows, Caroline Richards was there to capture it all, warts and all…

Like the fully fledged, all paid up, not as good as it used to be, "I prefer the early stuff" cantankerous old bloke that I am, filming at concerts wouldn’t have happened in my day. Not because you look like a wally, however, but mainly because of the price.

If you’re tracing a history of the smartphone as gig photographing and filming device, for whatever dull reason you wanted to, you’d note that people hardly ever took pictures or filmed gigs in the old days. Ditto going to clubs. It was great because you lived in the moment (as any old person will repeatedly tell you). On the downside though, it means there’s hardly any pictures of, say, Shoom, and why every 30 years of acid house feature (prepare yourself for the onslaught) will reprint the same clutch of snaps.

Before the advent of the smartphone changed everything forever, however, things had started to move forward in the late 1990s and early 2000s, as technology advanced to the point where digital video cameras had started to come down in price, making them affordable for not just the super-rich, tech-heads or filmmakers.

One of those people was Caroline Richards, a budding video editor. And her essentially amateur shot footage of Portuguese punk and garage-heads The Parkinsons, a group whose snotty star shone briefly in the early 2000s, has formed the basis for a fascinating documentary charting the rise and fall of the band, nudity and all.

A Long Way To Nowhere, released on April 30th on DVD, is a document of the band’s all-too brief history, but it was fan Richards’ footage, shot on DV, that kicked off the idea. “I filmed the band loads and loads of times over the years,” she says. “And it wasn’t just me that was filming either. When The Parkinsons spit up in 2005, I thought somebody has to do something with this footage rather than let it go to waste.”

Richards had amassed some 100 hours of footage of the band as they assaulted audiences – sometimes literally – around first London, then the UK and beyond. Deemed to close to their split as the band returned to their native Portugal, licking their wounds after their implosion more than a decade ago, Richards returned to the footage, spoke to those in and around the band, and A Long Way To Nowhere began its long journey to completion. 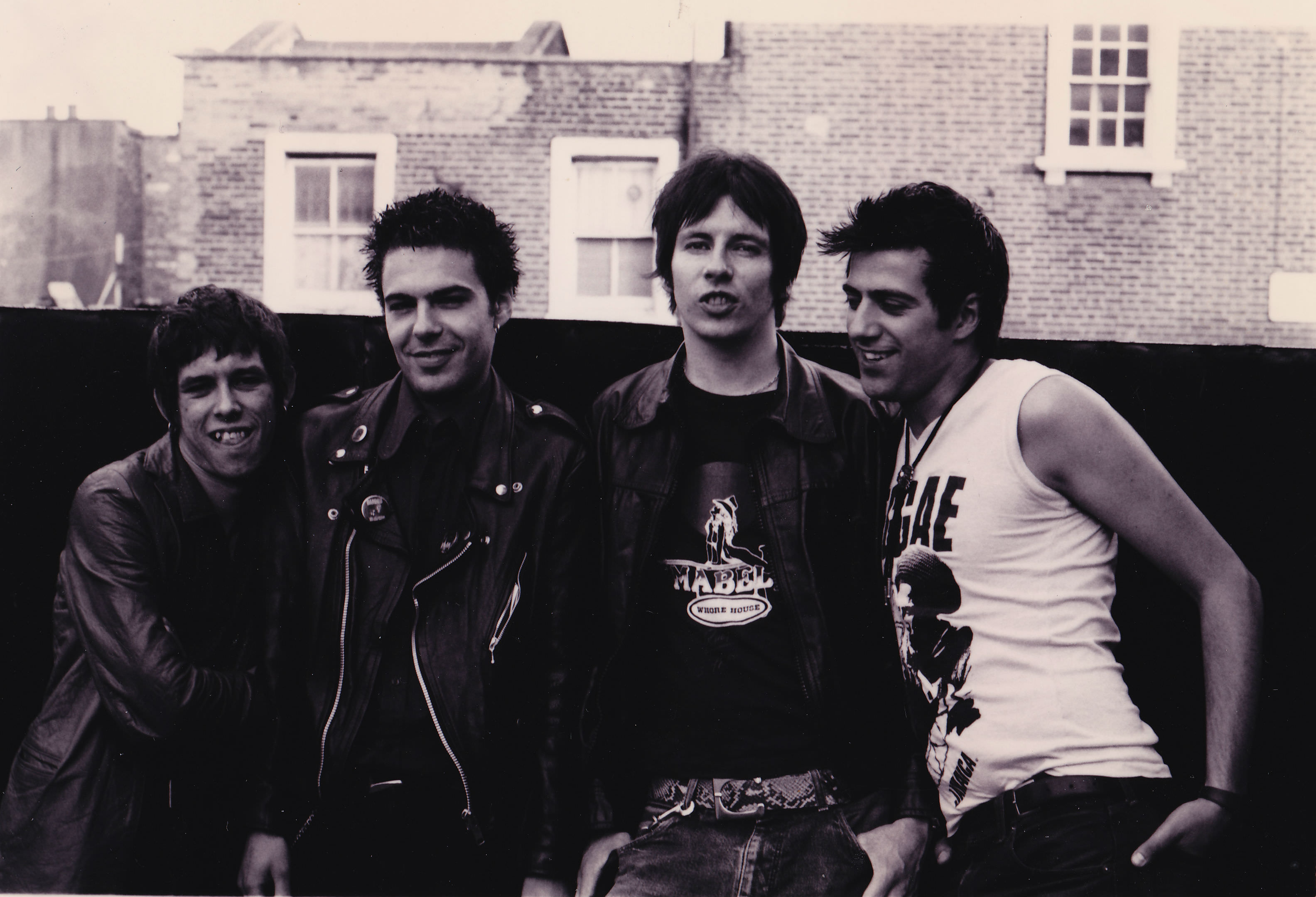 Why did she start filming them in the first place though? “At the time [early 2000s] there weren’t that many exciting new bands, playing punk music,” she explains. “I’ve always loved that kind of thing, but I wasn’t around in the '70s, I’d not experienced gigs like that. There were punk bands around, bands that did really good cover versions, some great bands, but there was not that element of danger. Somebody said go and see The Parkinsons, it was incredible, there really was that sense of danger you’d imagine.”

The band, influenced by punk, rockabilly, '60s US garage and all points in between – the links mostly crystallised by forerunners such as The Cramps – were developing a burgeoning reputation around London’s scuzzier venues, aided no doubt by a Cramps-like predilection for disrobing during their shows.

“It very much felt alive, it was really thrilling. It was like watching Doctor Who from behind the sofa when you were a kid. You really shouldn’t be doing this, but at the same time you wanted to. The film can never do justice to one of their shows. At that Cargo gig [a notorious event that ended in chaos as the band, security and venue battled each other] bottles were being thrown, was the place going to catch fire? Afterwards, it’d be ‘when’s the next gig, what’s going to happen?’ I never wanted to miss a Parkinsons gig.”

And as Richards the fan fell in love with the band’s live shows, she started filming their on-stage exploits. “It was absolutely the perfect time to be filming,” she recalls, “anybody that wanted to film it could get their hands on an affordable DV camera, splash out a little bit of money, maybe £600 or £700 on one. I bought a camera, a few of my friends had cameras. They worked really well and people who wanted to film gigs could film them. It was before cameraphones, which kind of maintained their exclusivity.” 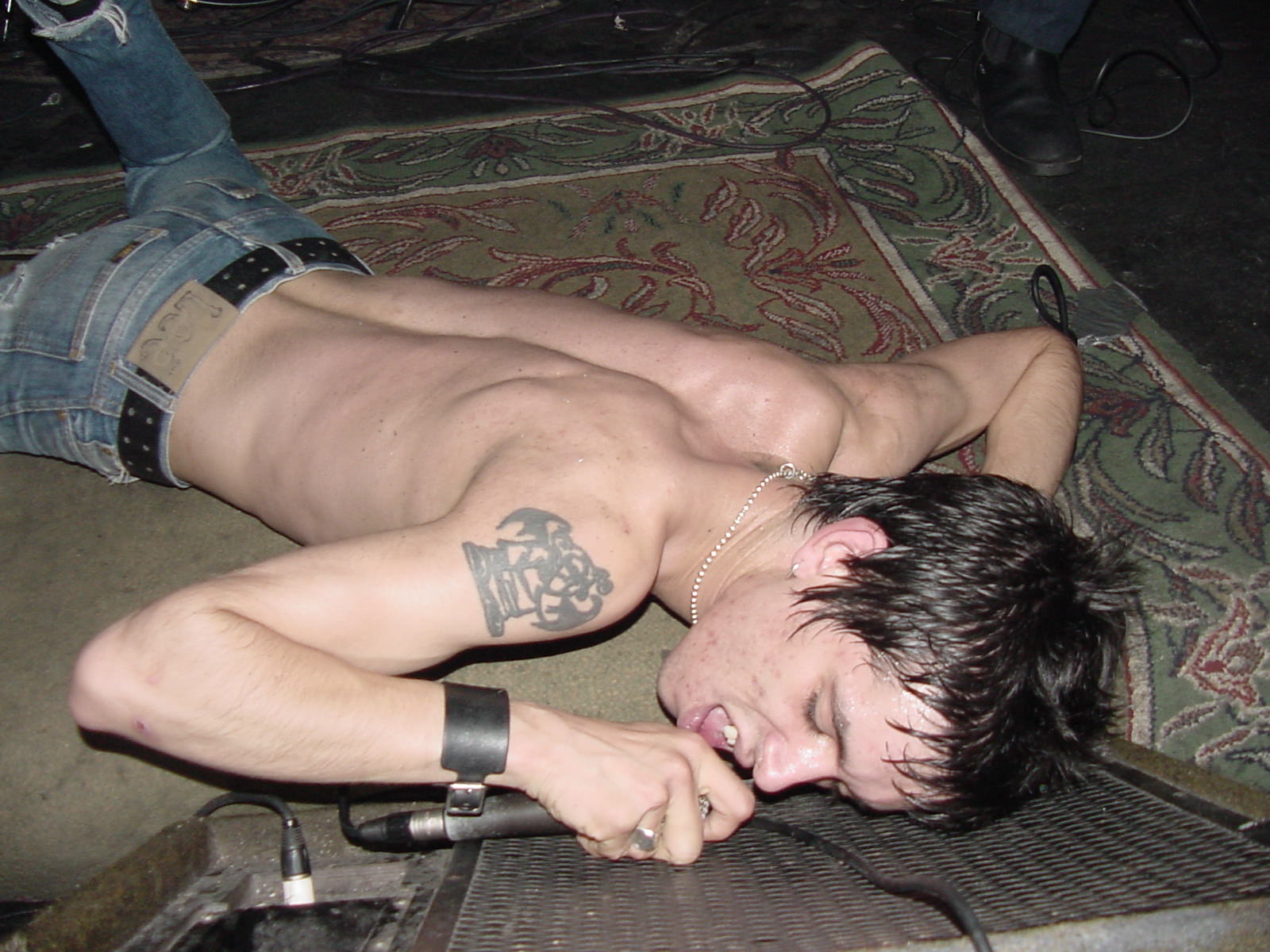 The film weaves together this footage with the story of the group, how they formed, their antics in London and beyond, and their eventual dissolution. Nowadays, as first time director Richards notes, the ubiquity of the cameraphone might have changed not just the film, but the band’s story too. “Nowadays, the gigs would be splashed across YouTube the next day. A lot of this footage is totally new to most people, it made the film a bit more special. But I don’t know if the band would have benefited from cameraphones and YouTube. Given the crazy nature of their performances, it might have given them another step up the ladder. But it might have made them a bit more restrained, especially with the nudity. It could could have stifled them.”

There was no grand plan, either as she and pals were filming the band during their heyday, nor as she embarked on the three or four year project to complete A Long Way To Nowhere. “I started filming, but not with any particular purpose, it was that you never knew what was going to happen. I just accumulated all this footage.”

Richards actually worked with The Parkinsons when they were still on the road on a music video, which helped forge alliances when it came to the film. But there was no insistence on control from them, no refusing to play ball if they didn’t like where she went with it. “I didn’t have a really definite idea. In my mind, I knew what the story was, but at the same time, I did let the footage guide the story, in a way. You have to play to your strengths and ours was the footage.”

While it includes many notorious and lunatic moments, not least the aforementioned near-riot at the Cargo gig, or, when at one of Sean McCluskey’s Sonic Look Experiment events at the ICA during a royal jubilee, the venue was evacuated due to bomb scares, there are others left out for the lack of footage – singer Afonso pulling down a lighting rig, guitarist Victor thrown out of a venue with no clothes and borrowing items from fans, for starters. 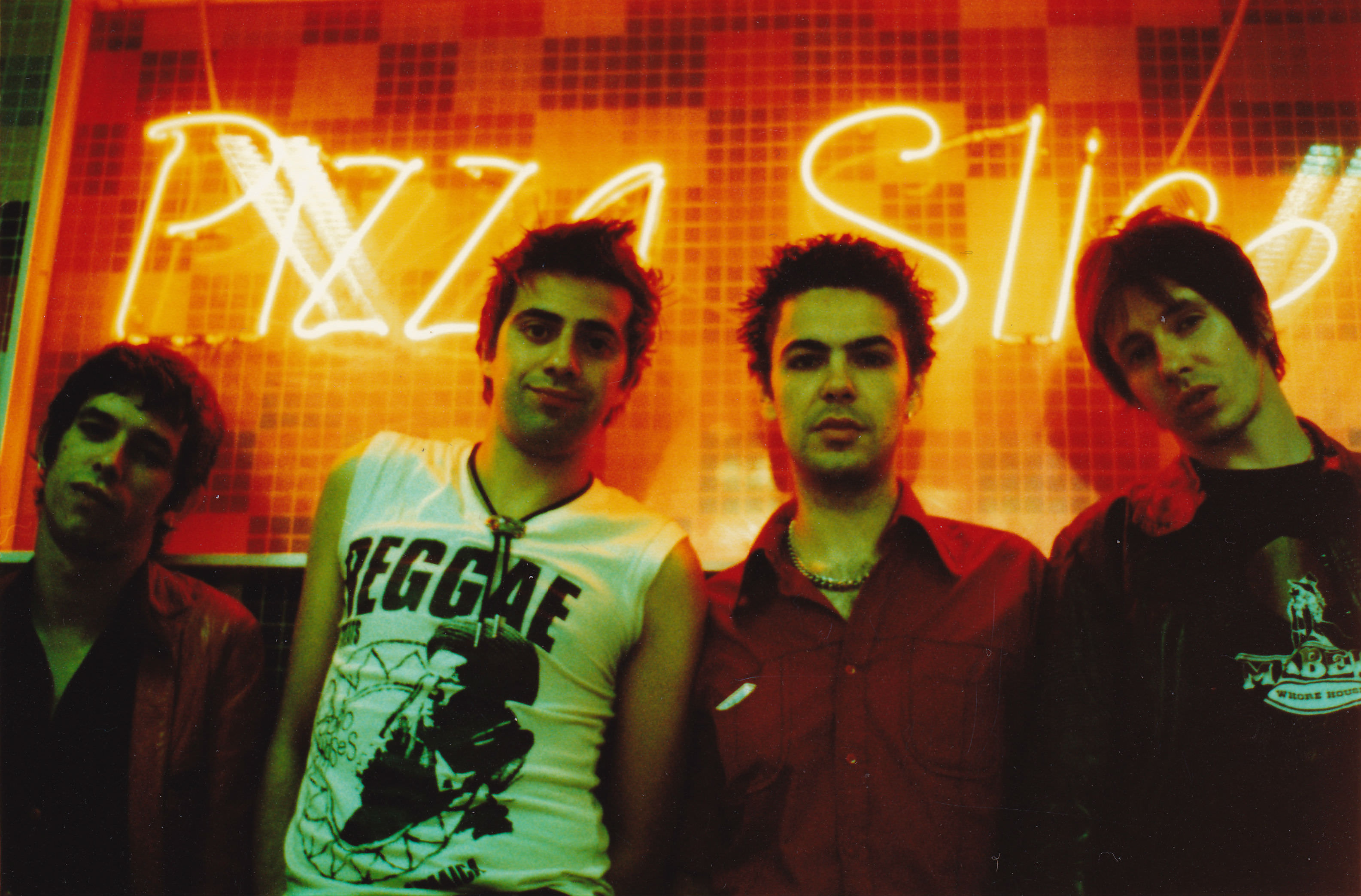 The band and associates were interviewed, with Richards’ familiarity with the group proving to be an asset, not least in getting them to open up. “Hopefully there’s a real advantage in getting frank interviews out of them. They are not pretentious, it’s completely from the heart.” As the film came together, there was still no real plan but early friends and family screenings helped it on the path to what is now a wide scale release.

“It was just about having a permanent record of all that footage,” Richards explains. “That’s all I ever imagined it would be. I thought we’d show it in the back room of a pub, then make DVD-Rs. Wasn’t remotely thinking about a cinema screening, film festivals, or a DVD. Expectation was so low.”

Initial plans to screen it in the smaller auditorium at London’s Prince Charles Cinema soon mushroomed. “I thought maybe we could get 100 people in there. That sold out really quickly, so we booked the downstairs. 285 seater. I thought, we’re not going to fill this. but that sold out on the night as well. It was the most incredible thing.”

Film finished, it aired at festivals, has been shown in the band’s hometown of Cuimbra, Portugal, and beyond. Richards is now going back to her day job, pleased that the band have finally got some kudos. “Any little bit of credit they can get they really deserve,” she concludes. “This should be some kind of fitting legacy. It was 100% a labour of love, it took up three years of my time. It was just amazing screening it in Portugal for their friends and family. A girl came up to me, and said she didn’t know what they'd achieved, it was amazing just to see it touch someone like that.”

The Parkinsons: A Long Way To Nowhere is available on DVD from 30th April.