This Week… We’re unable to discuss anything because of an injunction.
Minute Read

This Week… We’re unable to discuss anything because of an injunction. "Do not fear mistakes. There are none" – Miles Davis

"Never interrupt your enemy when he is making a mistake" – Napoleon

This Week… Southern Ireland and the South-West of the UK are recovering from Storm Callum. Hope everyone's okay. More importantly, how the fuck do they name storms? Well, here in the UK it's because we've copied the fucking Americans. Apparently naming a storm will make people more aware of it. I suppose that is somewhat (completely) true, given that I wouldn't be writing about Storm 48G-4490S-0-0-1, would I? Not unless it was killing people left right and centre. In September 2015 the Met Office started a special campaign called Name Our Storms, asking the public to send in their suggestions for names.

The most popular names put forward by the public are made into a list along with other names suggested by Met Éireann (Ireland's equivalent of the Met Office). This is Éireann. 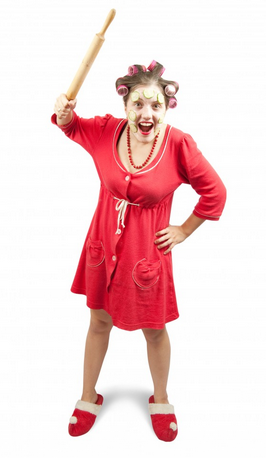 I wonder which names Éireann suggested?

Writers of the hugely popular Ladybird books for grown-ups are tackling what many would see as their biggest challenge so far. They are going to try to explain Brexit. 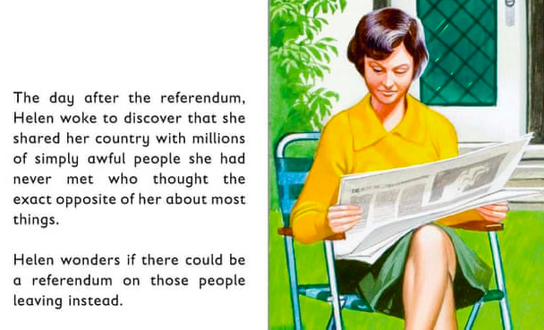 Do you like Strawberries? Well, I hope you didn't vote leave, m8!

If you did then you'll hate the story about the this frog climin 1 of are billdins!!!!

Something really funny happened this week when CCTV footage emerged revealing that David Schwimmer stole some beers from an offy in Lancashire! Ross from Friends was in Lancashire. WOW! LOOK. 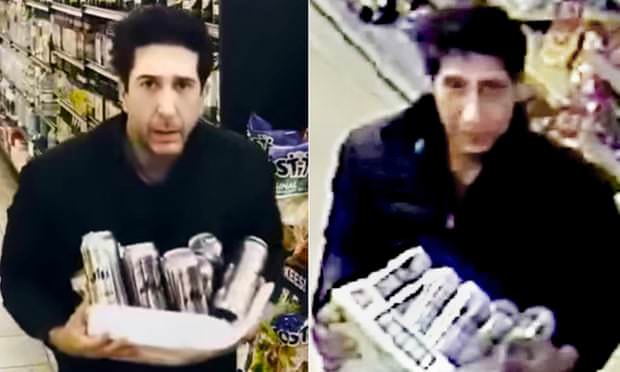 Jokes! It wasn't him, really but being the sport he is, he faked stealing some beers in a shop and filmed it. It's gone positively viral!

Twitter obvs went into overdrive. One cunt wrote, “Shouldn’t he be at work… or is he on a break?” Another cunt posted, “I bet he was shouting ‘PIVOT’ as he picked those beers up.” If you're not sure why PIVOT is funny, then don't, because it isn't. PIVOT is one of the MOST FAMOUS lines from Friends. It will only makes sense if you're a true fan of Friends like cunt number 2.

Did you hear about the fracas on Ryanair this week, a man racially absuing a lady because of a disagreement over a seat?

The man in question made this (under)statement!

The budget airline has announced an exciting new option for passengers who don’t want to sit next to an angry racist for the duration of their journey.

The Tory supporter and retail businessman Sir Philip Green has been OUTED over sexual, racial and diiiiiiickhead allegations. Lord Hain used his parliamentary privilage to reveal what the press couldn't because of a court injunction that silenced them over Green's disgusting behaviour.

I've been wondering something this week. Who are you, why are you always reading this? Are you Jeff Bezos?

Do you like portmanteaus because this one is absolutely shit? Say hello to Baby Sphengic. 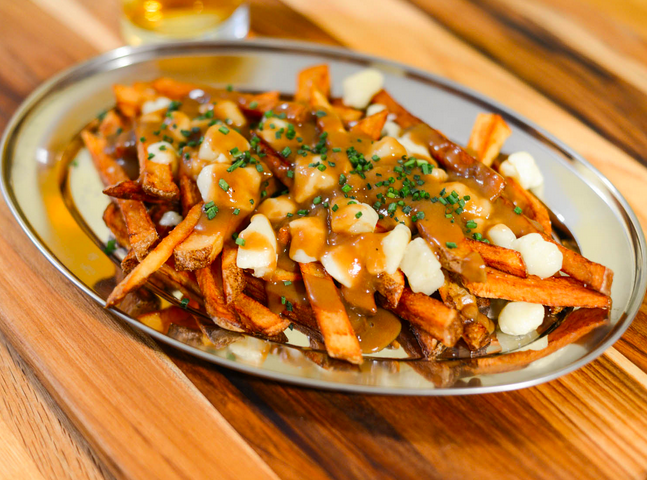 It's all the rage at our office. More than 50% of the staff here rave about this Canadian speciality, which comes in at a very valuable £6-£9. For chips….gravy….cheese curd. And adding meat costs more. Fucking nutters, the lot of them.