The mixtape queen recommends a wealth of spaces and places in the Romanian city...

The mixtape queen recommends a wealth of spaces and places in the Romanian city...

Historically dubbed 'The Little Paris of the East', the Romanian capital and cultural and industrial centre boasts a charming mix of old and new architecture, as well as host of underground club spaces and wonderful spots to eat, drink and watch the world go by.

Aleksa Alaska, the queen of the mixtape, moved to the city from her small hometown in the mountains to study. It was back home that she made her first moves in music, building a large online following via her YouTube channel and her soundcloud radio shows. Her innate ability to tell a wonderful story with her mixes - always moody, atmospheric and delving in to oddities - has had platforms and mix series knocking at her door, from Red Light Radio to Left Alone, Knekelhuis and Noods, where she holds a residency with her show Subterranean Modern.

We hit her up to give us some insider tips on Bucharest and she didn't disappoint...

Bucharest is a city that has long transcended its communist legacy but is still hopelessly defined by it. That doesn’t necessarily have to be a bad thing though, as I find that it is exactly this that gives the city its unique appeal. In summertime the imposing facades appear less decrepit, greenery takes over and the city really comes alive; If you can withstand the heat, it’s by far the best time to visit. Reaching Bucharest is easy but getting lost here is even easier, so here are a few places to help you get your bearings:

It started off as a venue for live acts for the indie music scene, but over the years got drawn into the electronic sphere, tuning into more obscure sounds. This club is famous for growing the local scene - acting as an experimentation lab for local bands, producers and DJs. The consistent dedication and passion for music of the people behind it has rightfully earned them a loyal audience, not to mention the great ambient and urban terrace. 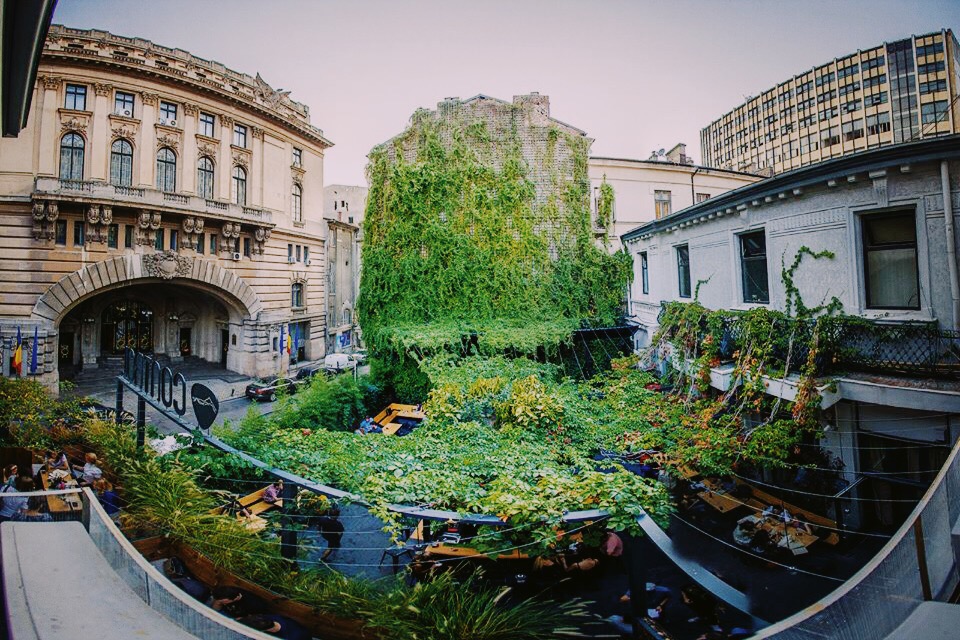 Located in the underground basement of the beautiful Știrbei Palace. On weekends it is well known for electronic parties, while during week days the club opens the doors of it's covered terrace overseeing the big tree-covered garden.

Although closed during summer, it is at the heart of Romania's underground music. The club is known not only for its up-to-date line ups of extended sets but their crowd selection, friendly staff and sound quality: a precisely acoustically treated room with a designed four point Funktion 1 soundsystem. Programme consists of Romanian regulars in rotation such as minimal DJs Rhadoo, Pedro and Raresh as well as the younger Romanian generation of artists, along with international guests.

Bucharest’s festival for electronic music and related visual arts. It takes place once a year, in spring, in various alternative venues. Over the years, Rokolectiv has invited over 250 artists and professionals in the field, contributing to the development of the local scene and generating projects and collaborations between musicians, visual artists, contemporary dancers and promoters.

Bucharest has quickly establishing itself as a hub for speciality coffee in Europe. It is quite interesting to see how quickly the speciality coffee scene grew here in the past two years. In fact, speciality coffee is just an example among many others, showing how much the Romanian capital actually is evolving. My favourite coffee shops - Origo, Bob Coffee Lab, Steam, Bandit, Artichoke, Beans & Dots. They’re not only one of the first ever specialty coffee shops to open in Bucharest, they’re also a coffee roaster, which means that coffee roasted here in Bucharest has helped fuel the wider movement. After dark, the café turns into a bar, serving refined cocktails that always attract a good crowd. An ingredient-led cocktail bar in central Bucharest with a focus on Eastern European botanicals and other ingredients specific to the area. The menu changes often depending on what new and exciting ingredients they’re into and what local markets have got to offer. They also serve local craft beers and wine. 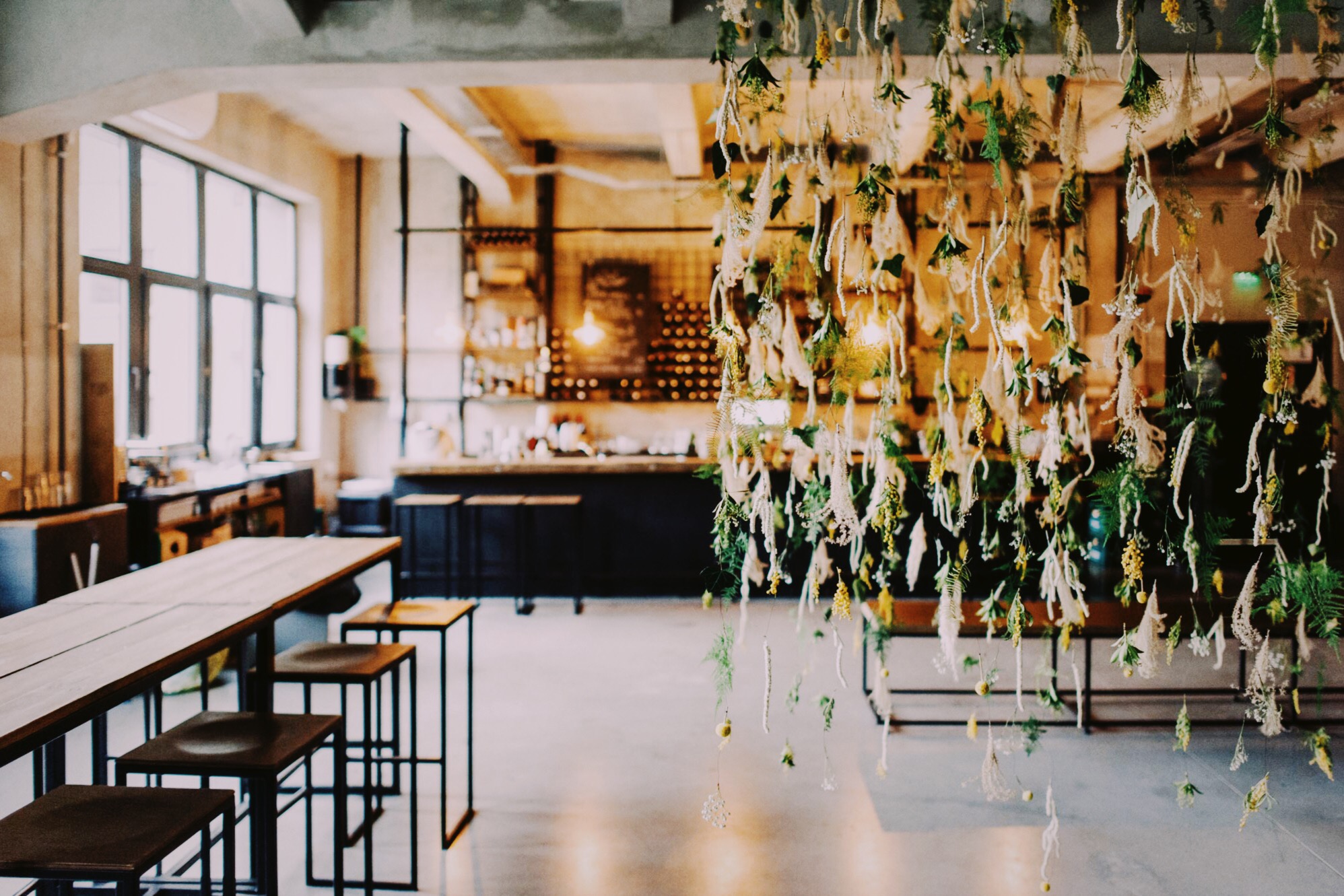 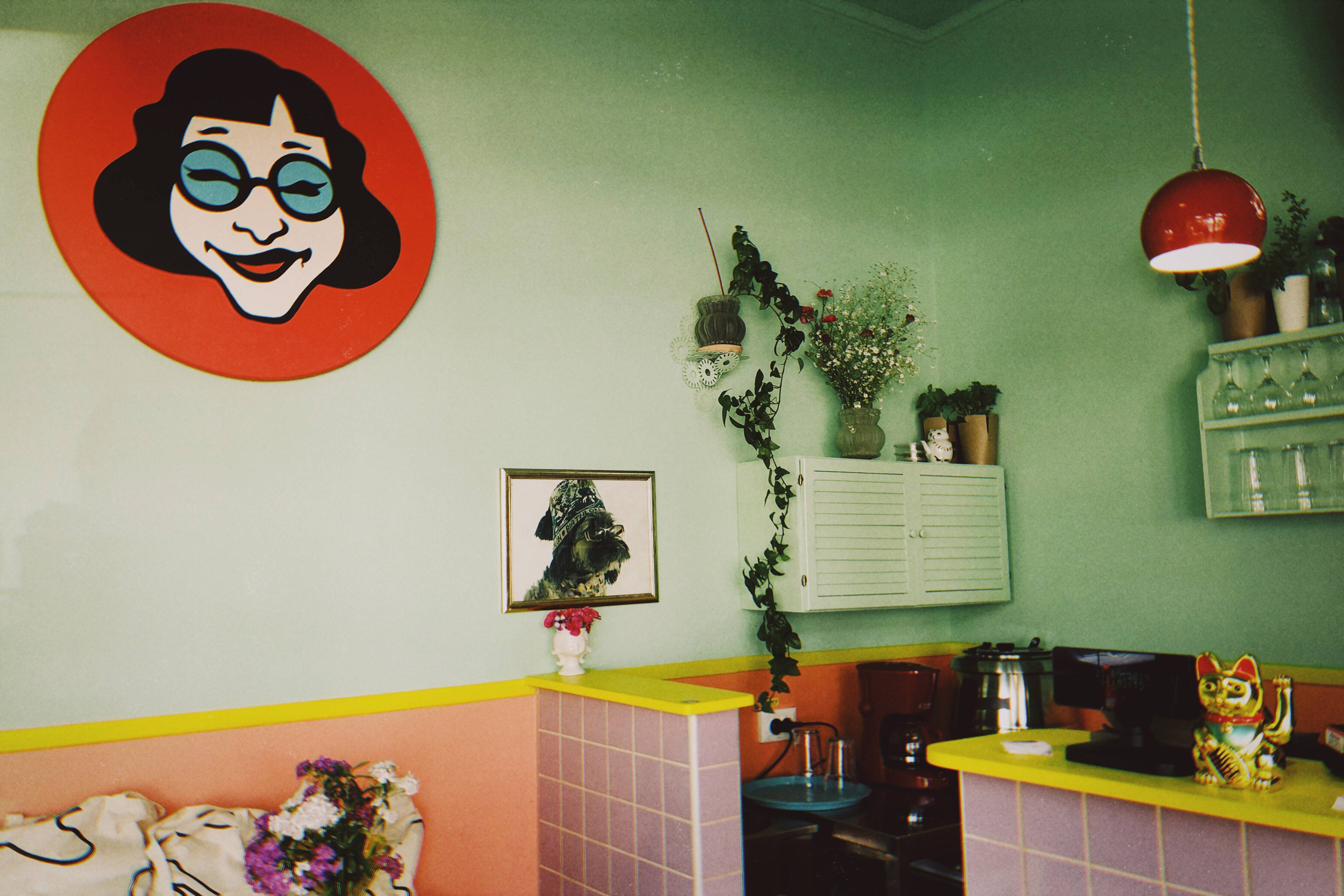 PUNCH is a specialist publisher and bookshop with thematic focus on theory and contemporary practices in art, architecture, design and connected fields. Dispozitiv Books is offering international magazines and publications focusing on Eastern European art, culture, and radical theory. 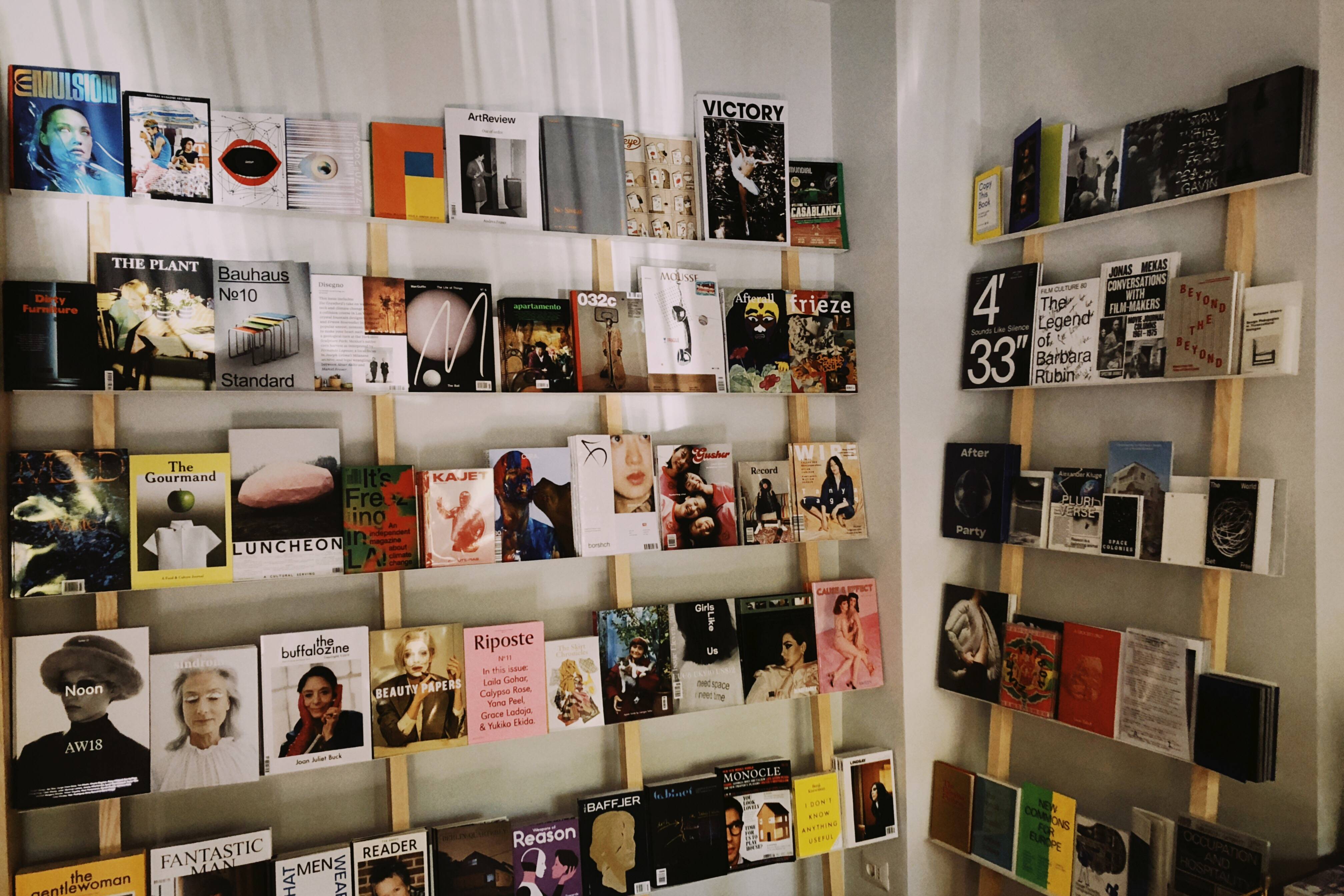 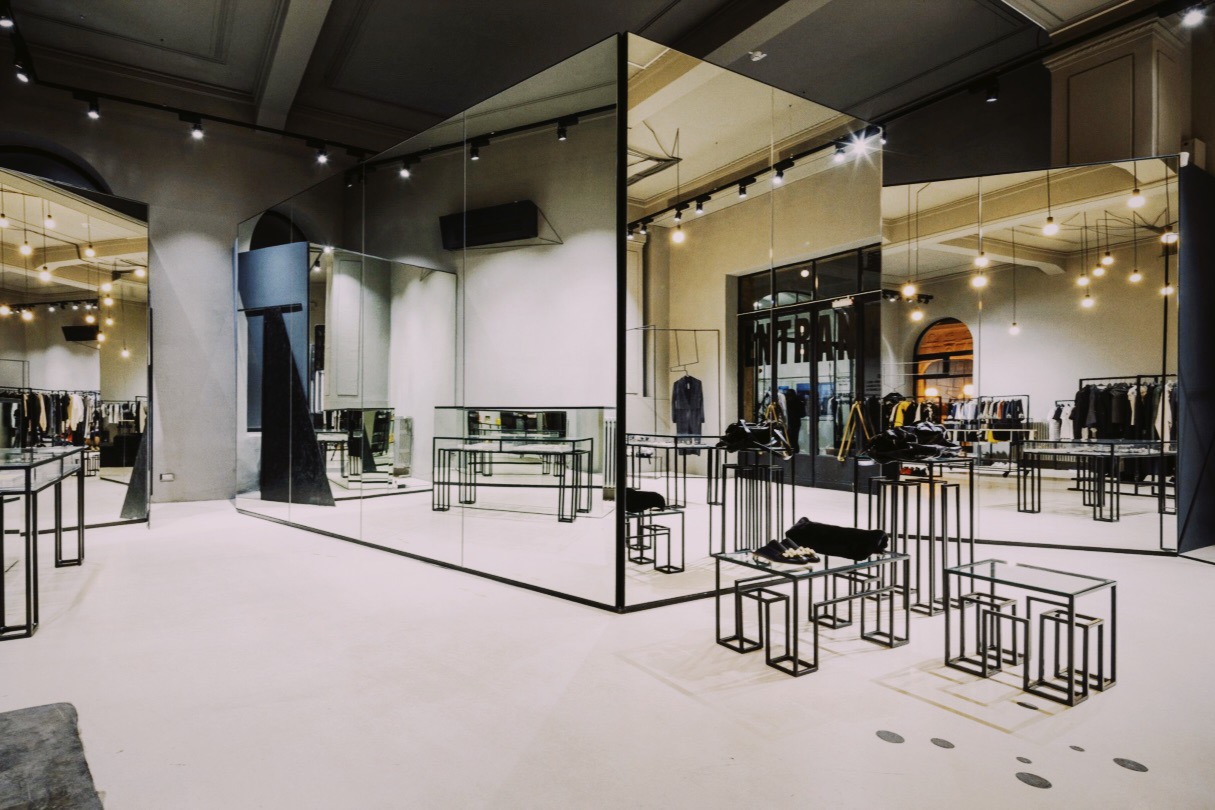 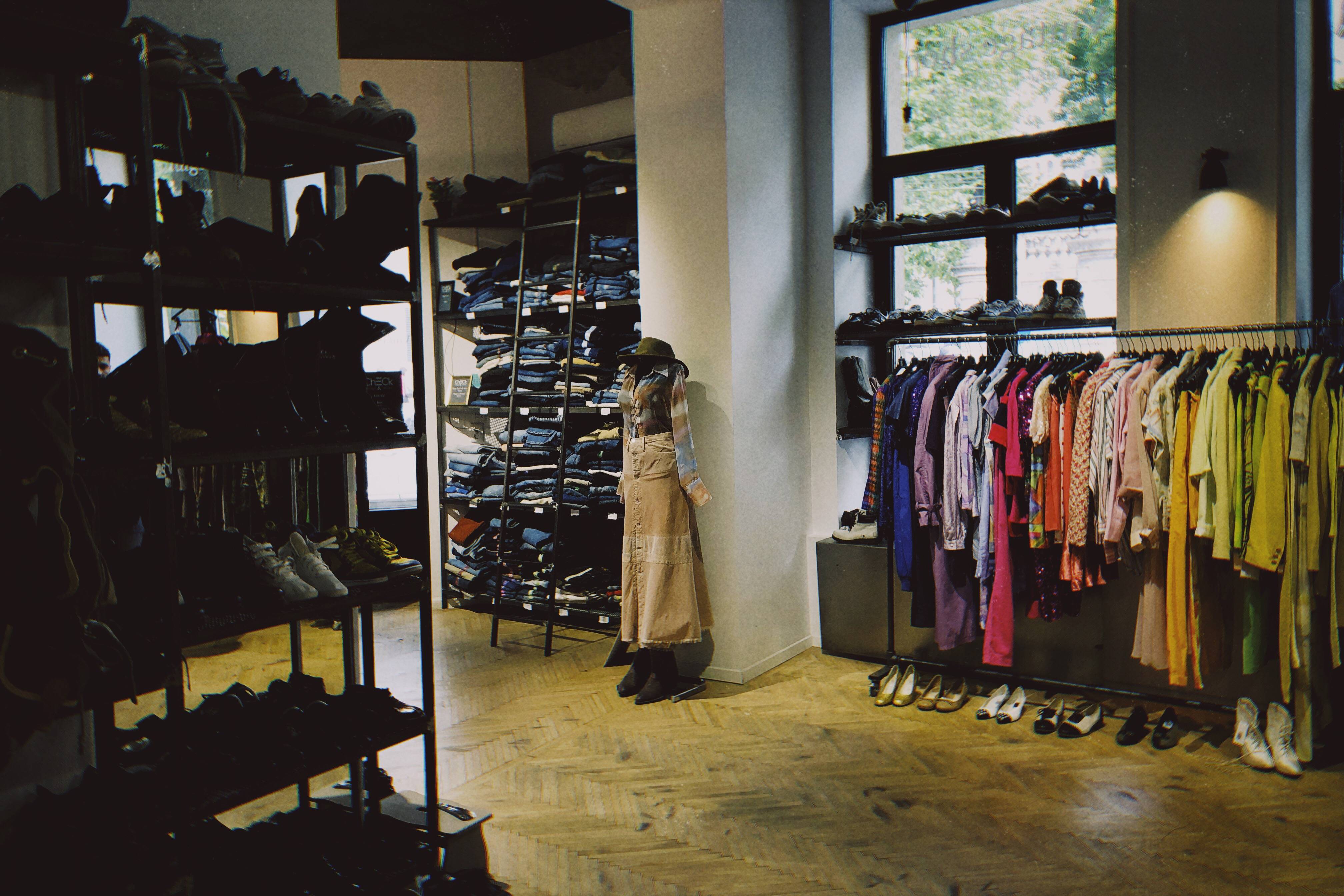 Located not far outside Bucharest, Therme is home to the largest urban beach in Europe. The massive complex is open all year-round and offers the chance to dip into nine indoor and outdoor thermal pools, relax in a variety of themed saunas, and feel like a kid again on 16 waterslides or in the wave pool. Therme is also home to the largest botanical garden in Romania with over 800,000 plants, a palm-filled relaxation area and several dining options. Also known as "the Delta of Bucharest", Văcărești lake is a strange, intriguing raw nature island between communist blocks of flats in a southern district of Bucharest, covering around 200 hectares, including some 80 hectares of water; a stable ecosystem consisting of fish, wild ducks, swans, lizards and gulls where during the summer over 90 species of wild birds nest. From an unfinished piece of urban water infrastructure abandoned in 1989, Văcărești has been reconquered by nature and wildlife without any human intervention, to become one of Romania’s most diverse ecosystems. In 2016 the government granted it protected area status, officially making 183-hectare Văcărești one of the biggest urban nature parks in Europe. 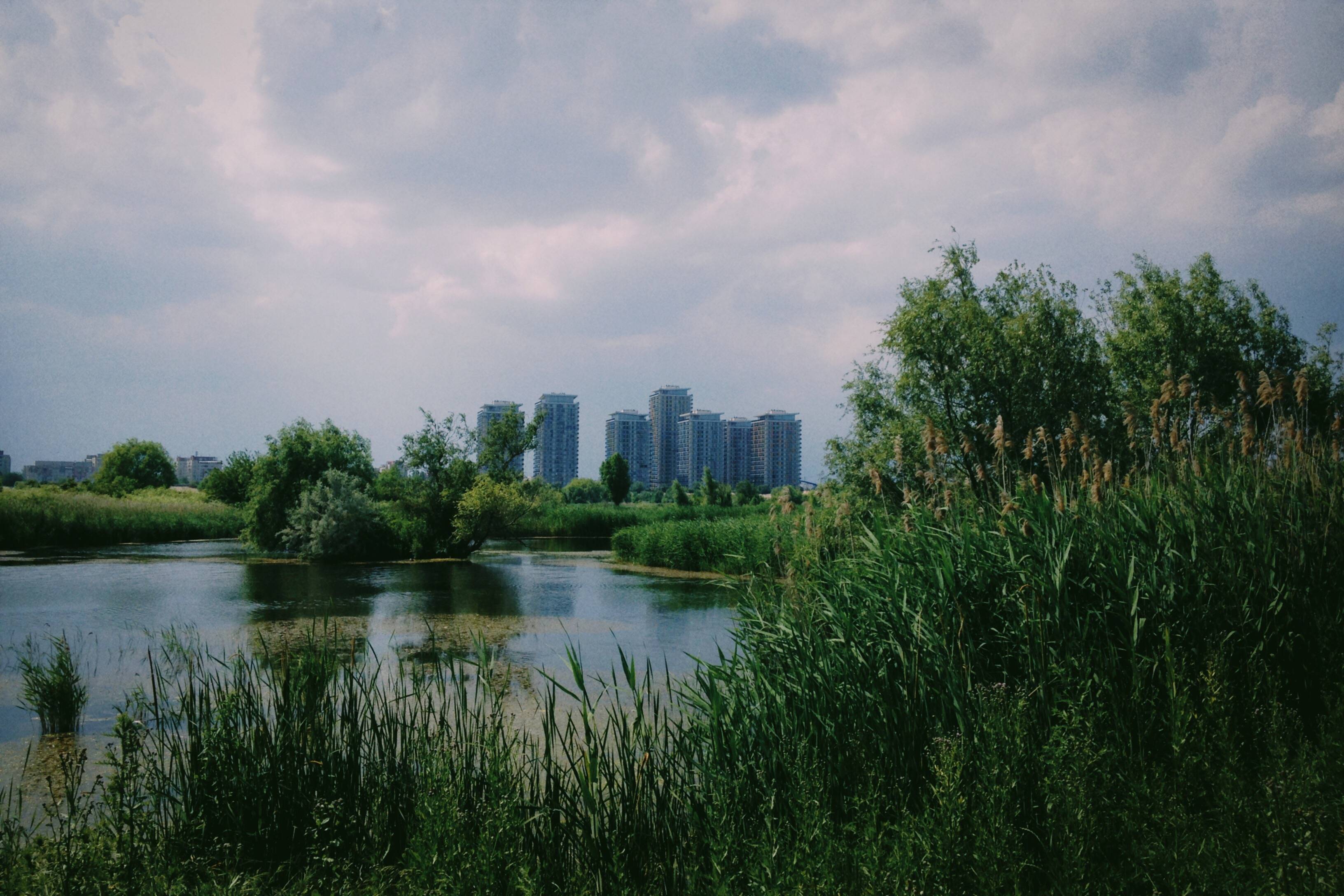 The Cotroceni neighborhood spreads around the Cotroceni Hill, in the capital’s District 5. It hosts the Bucharest Medical School, housed in a Neo-Baroque palace, the Romanian Academy, The National Opera, The Botanical Garden and The Cotroceni Palace (the official residence of the President). Its buildings are representative of a variety of styles, from Neo-Romanian to Art Deco and Modernist. Many of the neighborhood’s streets carry the names of the doctors who used to live in the area.

It aims to promote emerging young artists and stimulates the local contemporary art market. The owner, Mihai Nicodim, is also well-known for his gallery in L.A., where he represents young Eastern European artists and makes Romanian art become more visible. 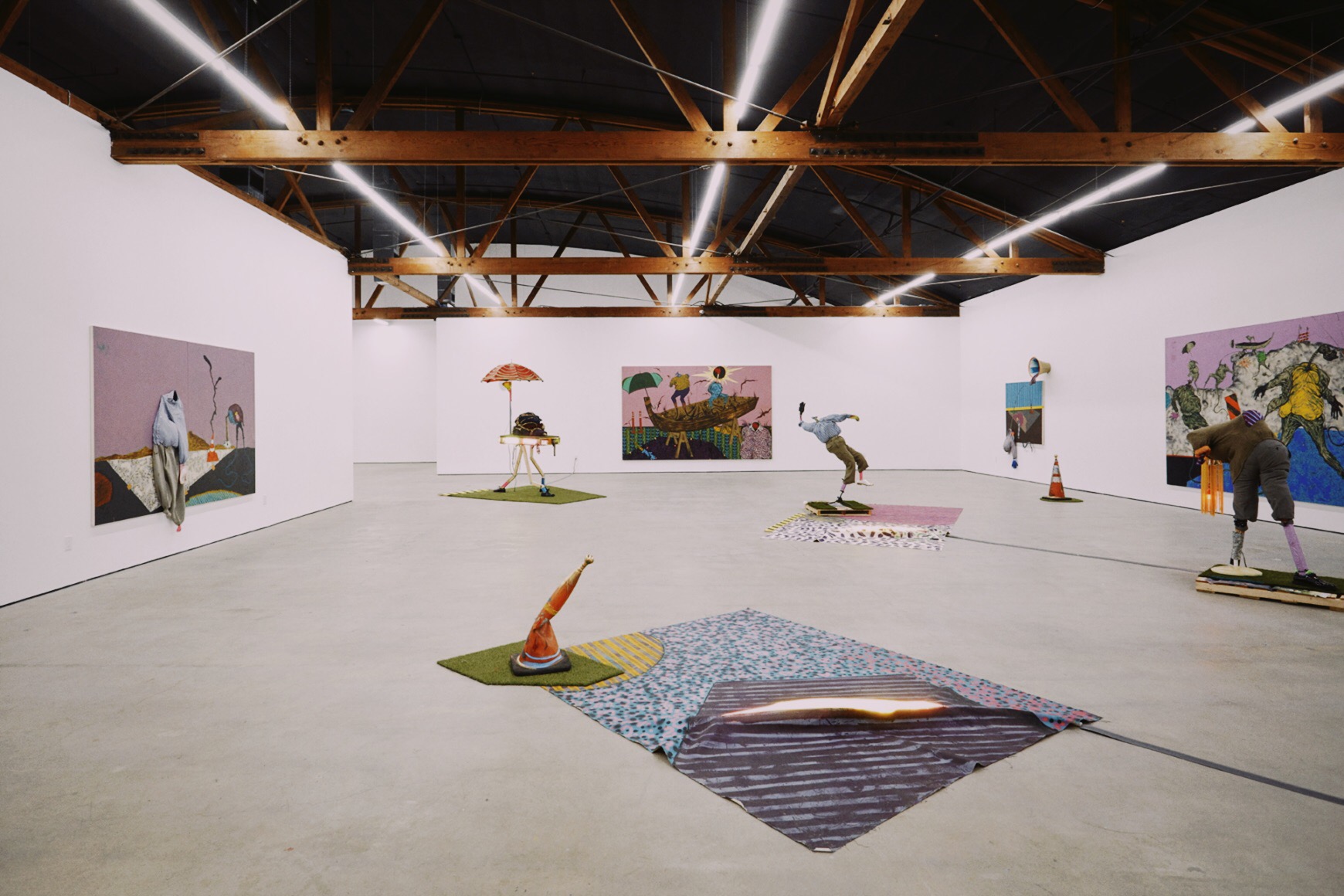 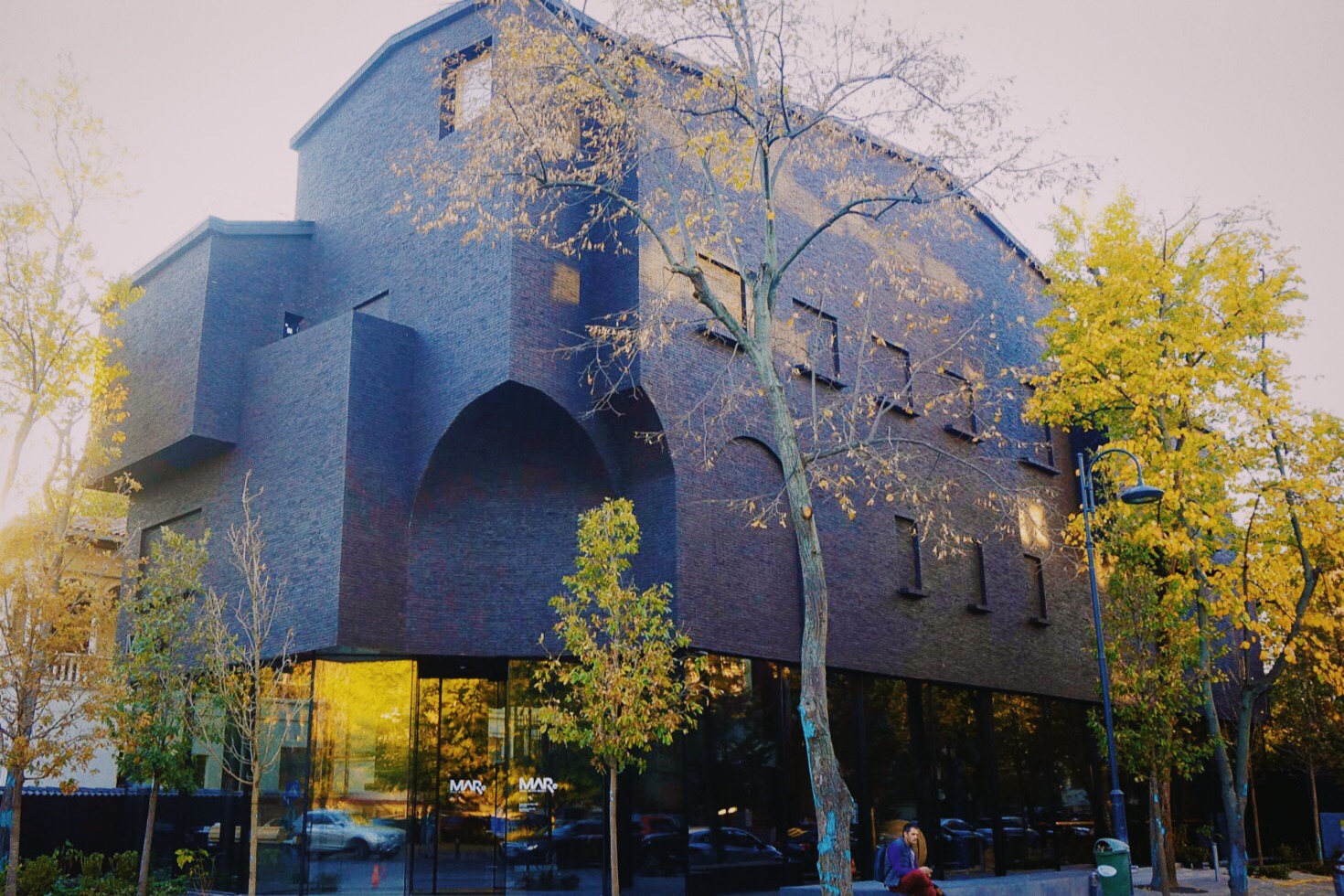 The former residence of Romanian dictator Nicolae Ceausescu, Primăverii Palace, was built in the 1960’s. The 80-room Spring Palace (to use the English translation of its name) served as a home for the Ceausescu family for almost two decades. While the building – which came with its own cinema and swimming pool – is elegant from the outside, the interior is decorated in a ghastly style, showcasing the taste of Ceausescu’s wife, Elena, the decor is perhaps best described as neoclassical kitsch, complete with solid gold toilet roll holders. 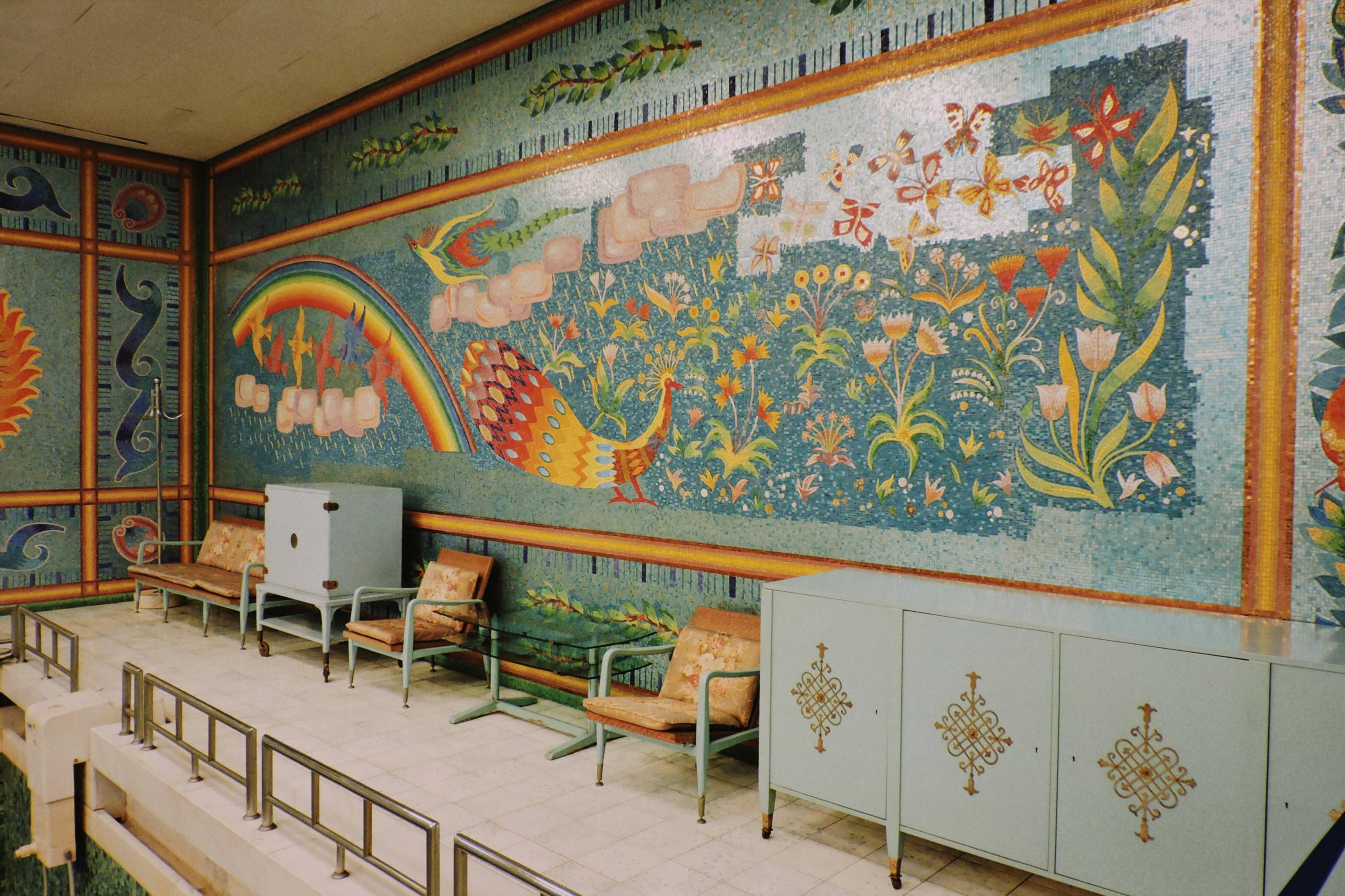 Opened in 1936, The National Village Museum is located on the shores of lake Herăstrău (King Michael I Park) and exhibits vernacular architecture from all over Romania. Comprising some 300 dwellings – churches, workshops, windmills, houses from Oltenia and the iconic wooden churches from Maramureş in northern Romania.

Set within the Palace of the Parliament, a 1,000 room mammoth-sized building built by former dictator Nicolae Ceaușescu, the MNAC makes perfect use of the wide, open spaces. The museum’s exhibits feature some of Romania’s finest contemporary artists, and the venue regularly hosts shows for international artists as well. While the permanent collection includes a fair share of paintings, the museum’s highlights include highly original installations and video art. 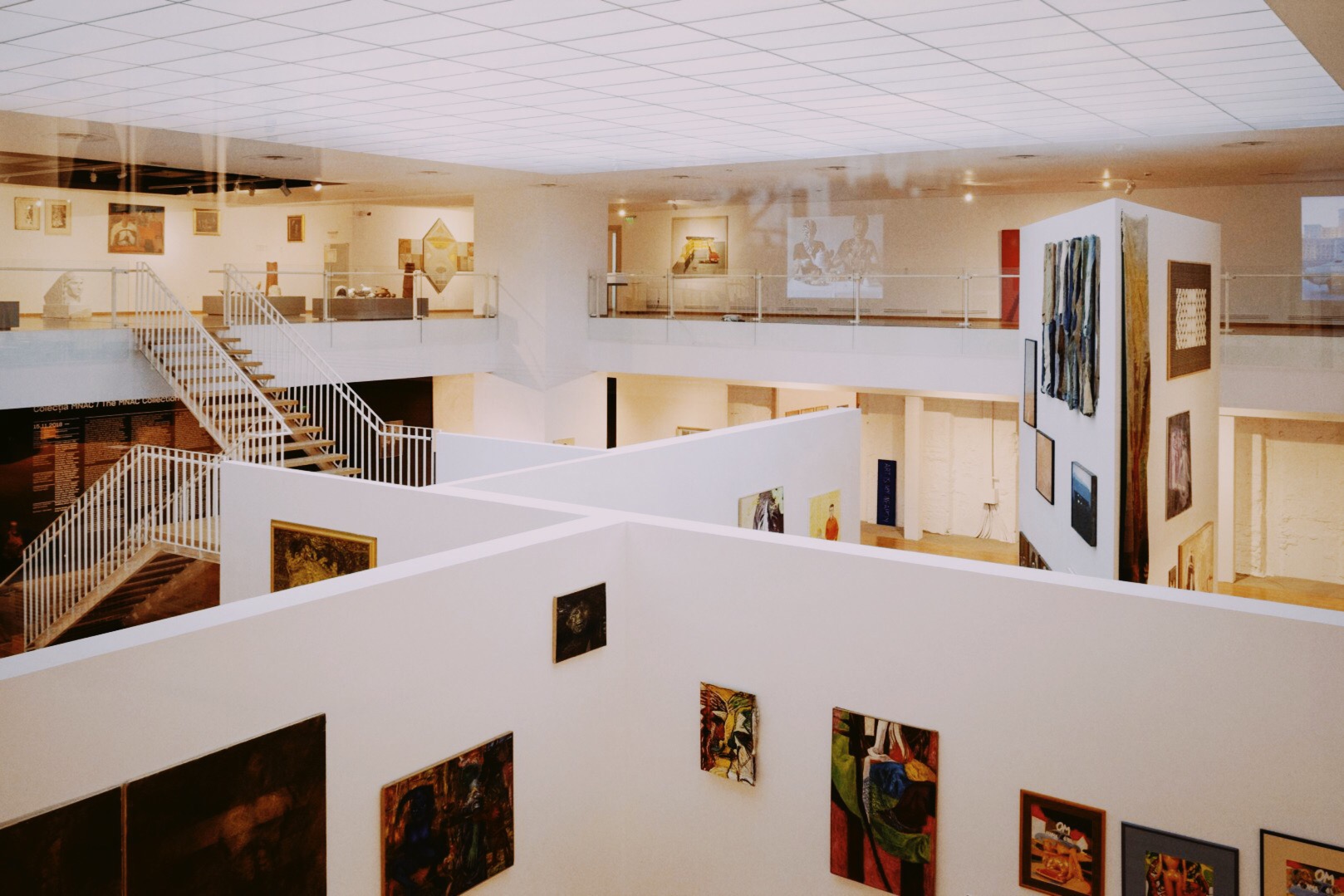 Housed by the former Royal Palace (built in 1859) on Calea Victoriei, one of Bucharest’s most picturesque arteries, the Museum of Art Collections is your introduction to Romanian art, which has a strong tradition when it comes to painting. The museum’s National Gallery is one of the highlights. It features works by the best known Romanian painters, namely Gheorghe Petrașcu, Alexandru Ciucurencu, Ion Andreescu, Theodor Aman and Nicolae Grigorescu. Works by Romanian sculptor Constantin Brancuşi are also on display.