"Although the idea of combining contemporary instrumental techniques with techno had been kicking around my mind for a long time, I hadn't managed to really catalyze the idea until this album."

"Although the idea of combining contemporary instrumental techniques with techno had been kicking around my mind for a long time, I hadn't managed to really catalyze the idea until this album."

The last time we caught up with Canadian composer/producer Nicolas Bougaïeff, he'd just released his Cognitive Resonance EP on the recently relaunched NovaMute label. Now he's back with a new album called Les Sauvageries. Arguably his strongest work to date, it finds the Berlin-based artist further refining his powerful fusion of industrial techno, noise and contemporary classical. You can read Nicolas' track by track guide to the album below.

"Although the idea of combining contemporary instrumental techniques with techno had been kicking around my mind for a long time, I hadn't managed to really catalyze the idea until this album.

The album was written in 2016. During the summer of that year, I went through some very intense clubbing sessions followed by twisted after-parties with friends at my studio listening to noise, ambient and orchestral music. These long nights and mornings inspired recording sessions with cellist Émilie Girard-Charest, that quickly crystallized into the track 'Offrande'. From that point I locked myself in the studio and the rest of the album quickly followed in an intense few weeks of editing. Les Sauvageries bridges two musical loves: contemporary music and electroacoustic composition, both of which I focused on in Montreal, and the wide umbrella of techno I have discovered in the 10 years of living in Berlin.

The sound aesthetic is thematically inspired in equal parts by 20th century composers Scelsi and Penderecki, and by today's expressionist noise scene and industrial techno resurgence. The narrative I saw in my mind's eye as I wrote the album was the story behind Stravinsky's The Rite of String ballet transposed to an industrial decor.

For the live shows I collaborated with a few friends who are fetish fashion designers, Blaz Cuk from Studio Obectra and Theresa Ziege from Maniac Latex. It was a small step towards creating what I hope might one day be more theatrical productions involving contemporary dance, which I was also involved with in Montreal before fully diving into Berlin techno."

On the opening track here I wanted to create a sense of mystery, of apprehension mixed with excited curiosity. Émilie and I created a sampler instrument with two octaves of legato cello sounds, just in case I wanted to do traditional harmonies. I ended up using it only twice. The harmonies here are the kind of chromatic shifts I love that move around in small angular modulations, something I've picked up from looking at Philip Glass, but also soundtrack composers like Angelo Badalamenti and Jerry Goldsmith.

This track really summarizes the musical hybrid I set out to create. 'Offrande' contains the three foundational elements of the project: industrial techno beats, distorted cello riffs and complex textures inspired by modernist classical music, Xenakis in this particular case. Émilie's playing really shines on this one, as half-way through the beat is completely gone and all we hear is overdubs of her amazing vibrato, processed just enough to transition well out of the dense textures.

Except for the bassdrum and hihat on the more techno oriented tracks, every beat and texture was created by processing cello sounds. Émilie is an improvisor specialized in extended techniques, this track really exploits every bow scrape and tapping on the various of parts of the cello body to get a wide range of percussive sounds. I'm particularly fond of the cavernous basslines she creates by twisting the tuning peg with one hand as she bows the open string with the other.

On a purely musical level, 'Chambres Noires' was a way to explore noise drone blasts that I love from Ben Frost and Penderecki. One of the early tracks from the album, it's also the most deliberately narrative as I wanted to depict an anxious journey walking through a labyrinth of dark corridors, mysterious doors and close chambers. The fractured beats represent both my struggle as a musician to sometimes fully embrace relentless 4/4, as well as the twists and turns in a dark journey of sinful discovery. 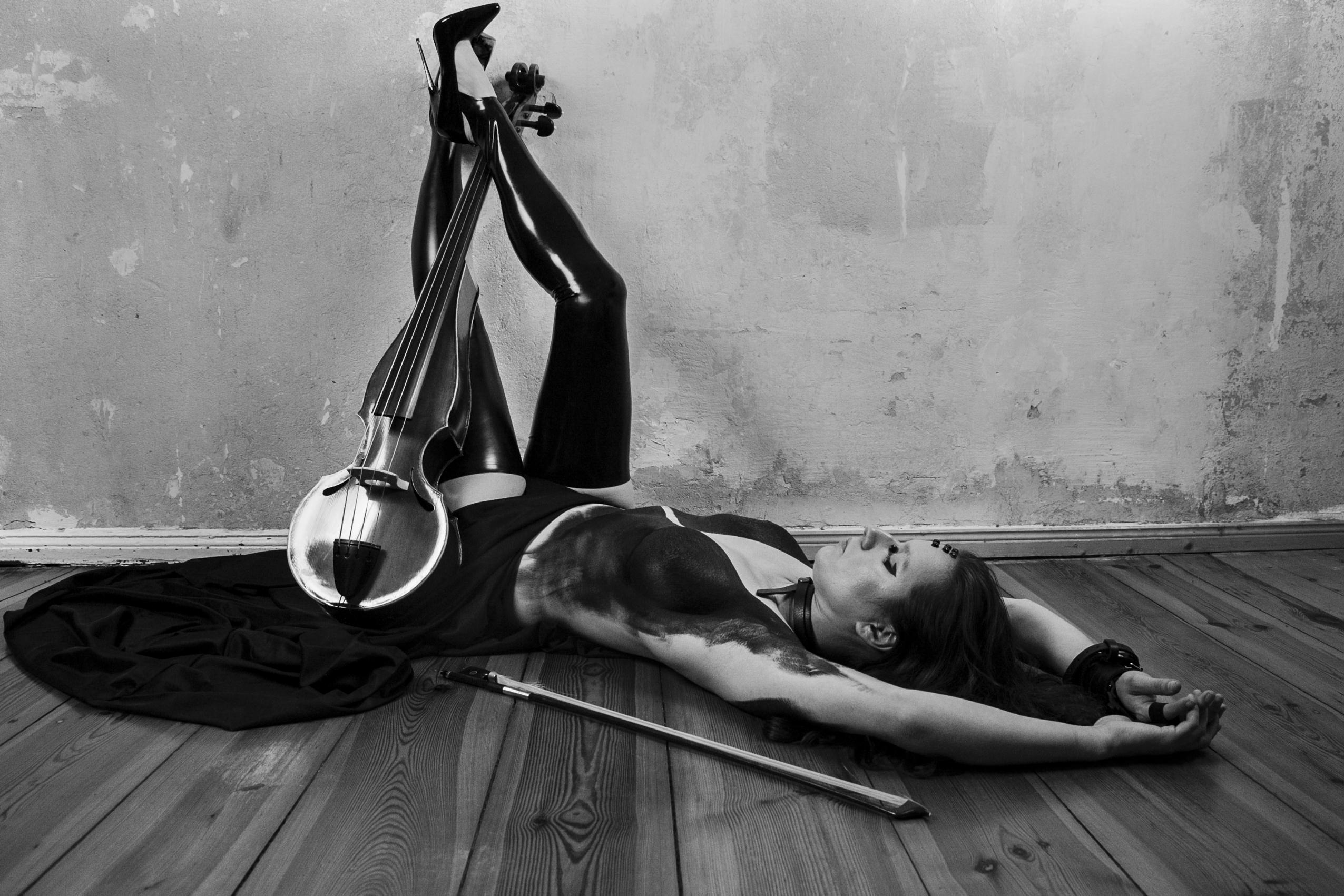 The first of three dancefloor tracks, 'Ronde Infernale' was also the first sketches to come together. We obtained incredibly aggressive tones from the lowest string of the cello, applying too much bow pressure and controlling the natural distortion in a way to create something like filter sweeps over two bars of 4/4. And then of course running that through several distortion pedals. The story at this point is about imaginary pagan dance rituals, fast forwarded to a present or near-future day.

'Ivresses' is a nice French word that is technically translated to 'intoxications' or 'inebriations', but it feels to me more poetic and perhaps referring more to a state of mind rather than specific substances. The music here was one of the last tracks, when I felt the album needed some more full on techno beats. It's still pretty much the same set of sounds as in 'Pharmacie Nocturne' and 'Ronde Infernale', but all the patterns are maximized and relentless.

After so many tense and confrontational tracks, I felt the album needed a feeling of release. 'Exaltations' was one of the last tracks to come together, so by then I felt more comfortable with the materials and could strip it down to the essential beat. The inspiration for the melodies comes straight from Arvo Part. A good friend of mine played this one at Tresor Berlin, and since hearing it out from the audience it's also become a staple of my DJ sets.

Catharsis is a three stage process, and if 'Exaltations' was the prelude, 'Sacrifice' is the climax. It's by far my favourite track on the album, it was as much a personal breakthrough as a fictional depiction of love and death. Émilie does an incredible job of improvising expressive phrases through a radical paucity of materials, I think I was unconsciously inspired by Scelsi on this one and I pushed for these intense drones, monotone noise blasts and unisons.

This is the end, the postlude and the aftermath of catharsis. A simple major chord progression, stretched from our cello sampler.

Les Sauvageries is out now via Denkfabrik, buy it here. 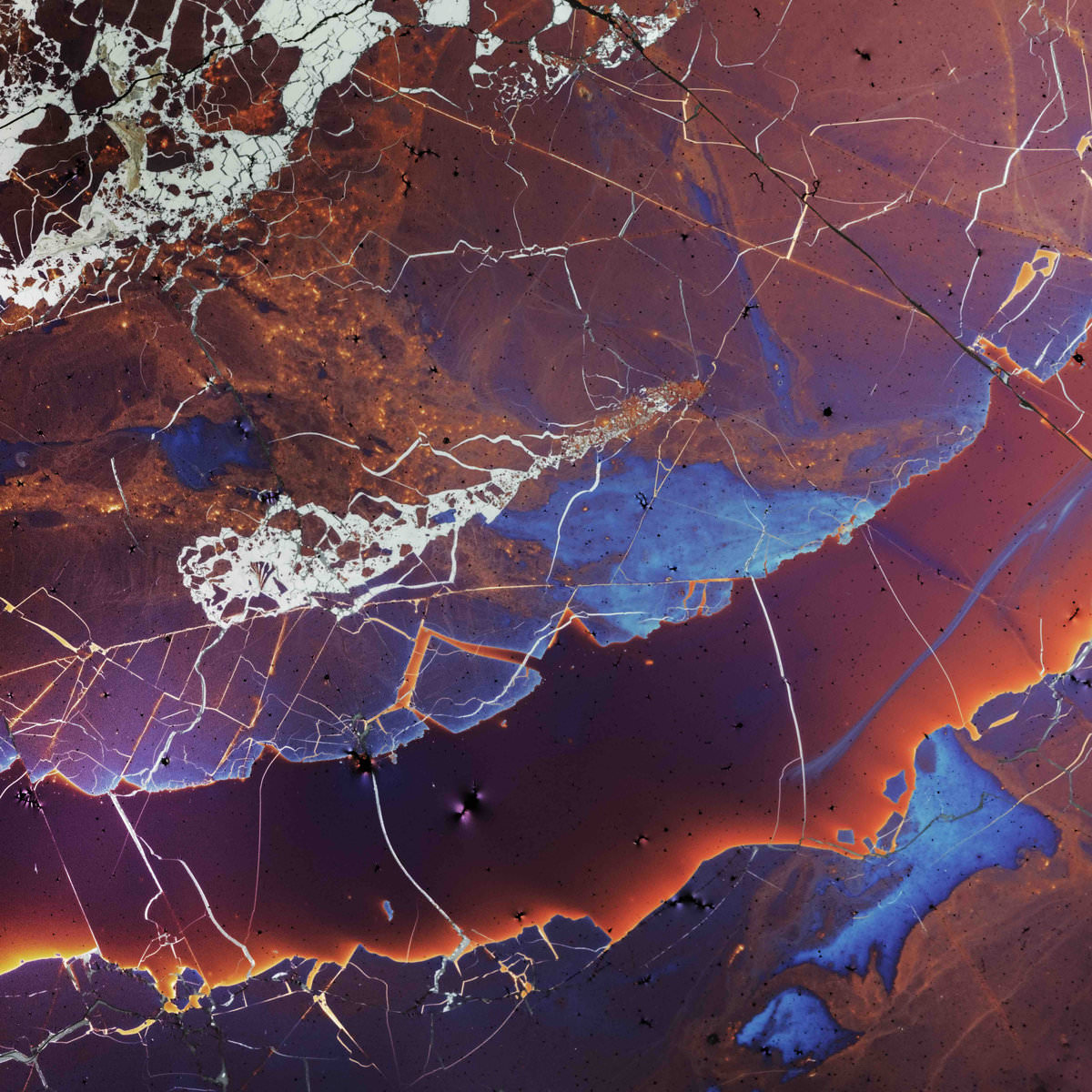 "The album I have written is all based around an ongoing journey that I embarked on around four years ago when I decided that I needed to take some time to get to know myself and to know more about the vast world that we all call life."