Track By Track: Kenneth James Gibson - In The Fields Of Nothing

Ambience and the ethereal dream.

Track By Track: Kenneth James Gibson - In The Fields Of Nothing

Ambience and the ethereal dream.

There is a lot to be said about the musical output of Kenneth James Gibson and his commitment to variety and evolution. Not one to stand still for too long he has released a fabulous array of music across an array of sprawling pseudonyms and has been hard at work for over ten years. This month marked the release of a new album on Cologne based imprint Kompakt, a label with which he has worked with closely in a mixture of capacities.

We invited him to take us on a track by track guide of the new release which is titled "In The Fields Of Nothing". A beautiful assortment of elegant soundscapes and ethereal ambience.

"Each piece on “In The Fields Of Nothing” tells its own story, but is fully connected to all the others. I will do my best in trying to put these sounds into words and create a readable narrative.

Hearing Unheard is the beginning of a journey into the fully wooded atmosphere of the darkened mountains, in and outside of the mind. Not knowing what will appear in this dense field of misty dreaming. There’s a sense of loss here. Not sure if it’s an awake state or a full on slumber party. Where are we going is the question that arises within this piece.  Are these mountains real or imagined. Is it all just imagined?

Far From Home steps up and plays with the idea of humans losing humanity along the way. It speaks to the current state of the world. It expresses the idea of a better place where love is more present then the confused insanity that appears to be clouding the minds of many humans here on earth today. I use the word appear because I don’t believe it to be any sort of permanent feeling as it’s all based on conditioning of the mind. This piece points to another place far from earth where beings have evolved past the ignorance of the current human state. “Its coming to an end, the world is now..” is just theatrical metaphor describing the feeling of what may come past our current stay on earth.

To Love A Rotting Piano describes the physical feeling of touching the path along the way. It’s a playful feeling. It’s crunchy with a dreamy soft shell. Everything is quite ok at the moment is the feeling here I believe. A rickety old piano plays love songs for the mass of swooning insects while the pedal steel makes love to the stars.

Her Flood is the downpour along the way. This flood came on strongly when she arrived. I was already there as i was part of the process. Its warm and wet in here. This place has an indescribable scent. We shift movement to another state as the ending recommends. We move from the damp warmth to the dry clearing in the meadow. We sit and watch our breath as the night escapes us. 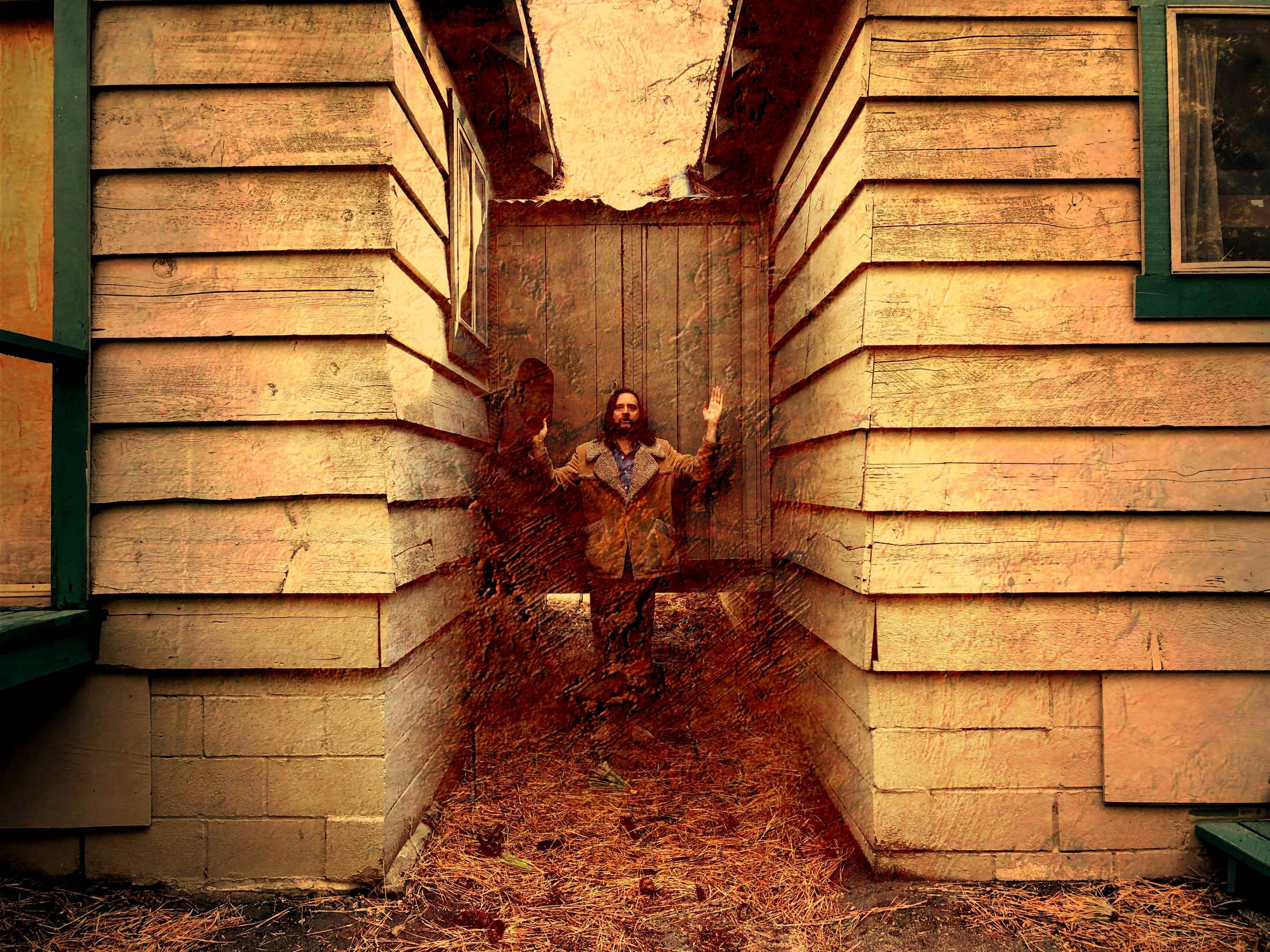 Thirsty Lullaby is the place where the lost and saddened choir of dry mouthed locusts cry for the sun to rise. Their darkness obscures the sky like a veil of silence, yet there is an abundance of sound that floats around their rising sun. It was a long dark night watching from the capsule. The ravens watch from the distance as the colors change and the sun rises.

In The Fields Of Everything is where it all collides. Confusion striking on this cold day. Then there's a calm and all the wind stops. The snow is heavy and lost. Confusion strikes again when the machines create a parade of dancing hammers. These mountains have ghosts all over the place. They dance like they know whats coming. What is coming? I heard the woods ask the boulders that hang heavily off of the cliffs surrounding this empty cold and grassy field. What is coming and from where will it come? That is the question that seems to arise within this piece.

Further From Home asks again about humanity. It’s the Far From Home reprise. Continues on this path with a more direct and simple route. Bare bones and simple emotions are summoned here I believe. We move forward.

Plastic consequence is the sound of this everlasting melodic wind. It’s buried in heavy dirt. whats underneath sings for it’s survival. It’s a very subtle feeling.

Unblinded speaks about the final journey, which might just be the beginning. The veil is lifted. This is the story of the attempt to shed deep attachments. Lost and found. These mountains hold many secrets. They will show you the way or destroy you if you let them. They watch and they sing. This is a three part story about letting go out in the open. Floating unattached then finding an anchor. A root. A space to let go in. This piece wraps up the album and these collection of stories. I do hope every listener has their own story when listening to this album. These are just my own."