Rosie Ama Cain makes up part of the Stamp The Wax and R$N family, working as an editor at both online publications. Aside from her work as a journalist, she DJs as one half of Kiara Scuro with friend Nadia, holding down residencies at Balamii Radio and Dimensions Festival.

Hi, I’m Rosie. I’m a music editor working at Stamp The Wax and Ransom Note (no nepotism, I promise). I also play tunes and host a show on Balamii Radio with my friend Nadia as Kiara Scuro.

Why and how did you get into music? How has that changed?

Music has always been a part of my life. I can credit most of my immediate family with introducing me to some sound or genre.

But when my tastes started to become really defined by me, it was grime in the early 00s and then indie and electronic rock in my mid teens. I still love everything I listened to back then. I find elements of all these genres manifest in the music I search for now, even though I’m looking for totally different stuff.

Some of the music that started to bridge the gap was Ed Banger Records and the Kitsune Maison comps, but I can't think of a specific record. I didn’t fully embrace electronic music, particularly house and techno, until I went to university though. Then it was the early days of Julio Bashmore, Joy Orbison, Swamp 81…

I’ve definitely found it quite a testing industry to work in. More so on the DJing side than as a journalist. I used to put a lot of pressure on myself to be perfect but I’ve learnt to give less of a shit over the last year or so. The late nights can also be tasking at times.

I mean things can always be better, but I do feel like there is more of a climate of honesty and openness nowadays. People are happy to talk about these subjects candidly. It’s a really constructive thing. 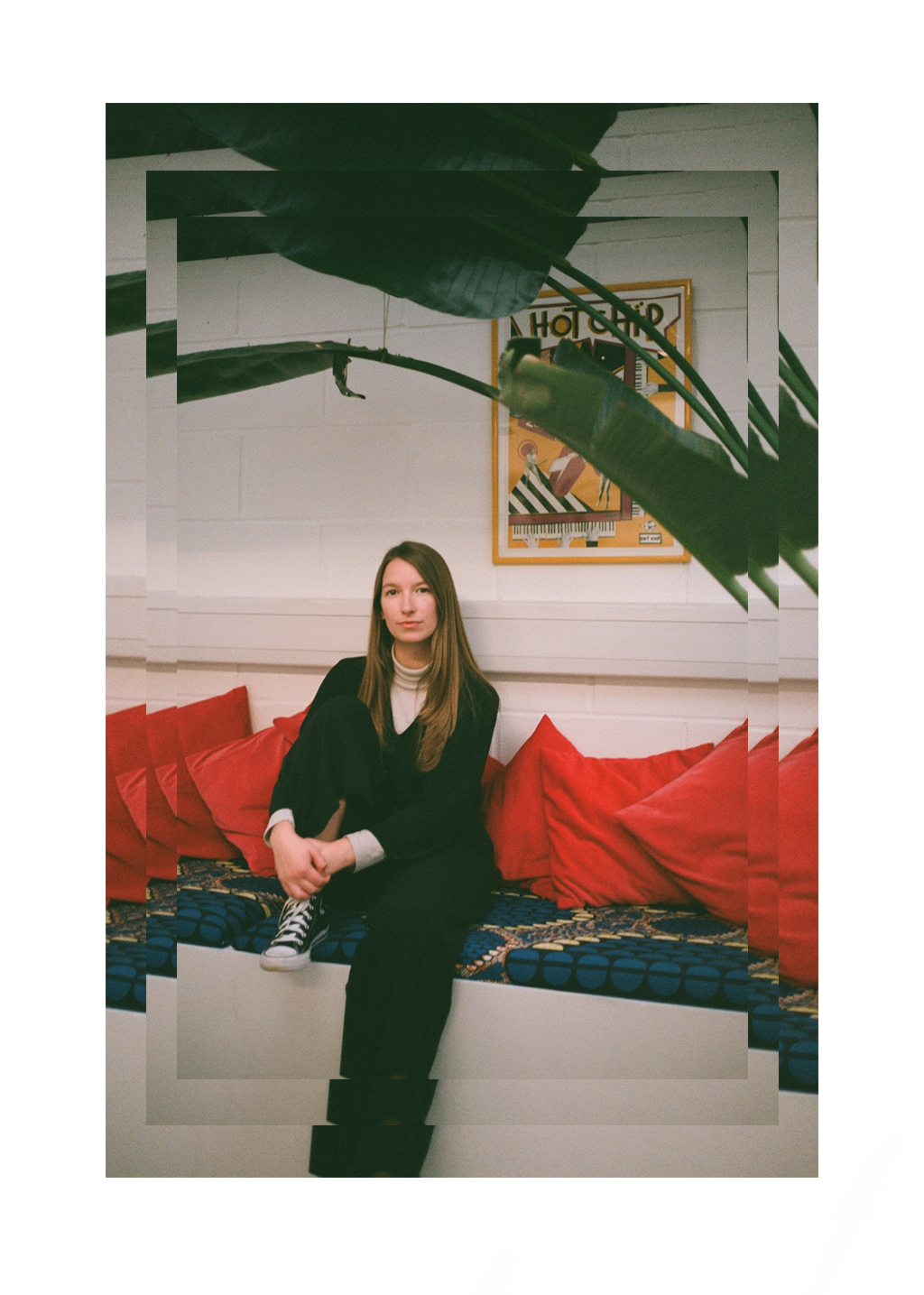 Don’t wait for something to happen to you, make your own things happen.

Considering my age, I’m so behind with memes and other online things. When we came to do our Ransom Note end of year list I found out so much stuff that had happened in 2019. Everyone said it was as if I’d discovered the Internet for the first time.

Music serves so many different purposes. It's artistic, it’s emotive, it can make you dance, it can make you cry, it can conjure up the memory of a face or a name or capture a moment in time. It brings people together…

Proper cheesy but it feels pretty poignant now. Music is definitely keeping me sane during lockdown.

I think if people are able to use their platform and their voice to push forward positive political or social change, it can only be a good thing.

What would you do without the Internet?

The Internet broke at my house for three days last month and we watched pre-recorded episodes of Come Dine With Me. So I’d probably be doing that. 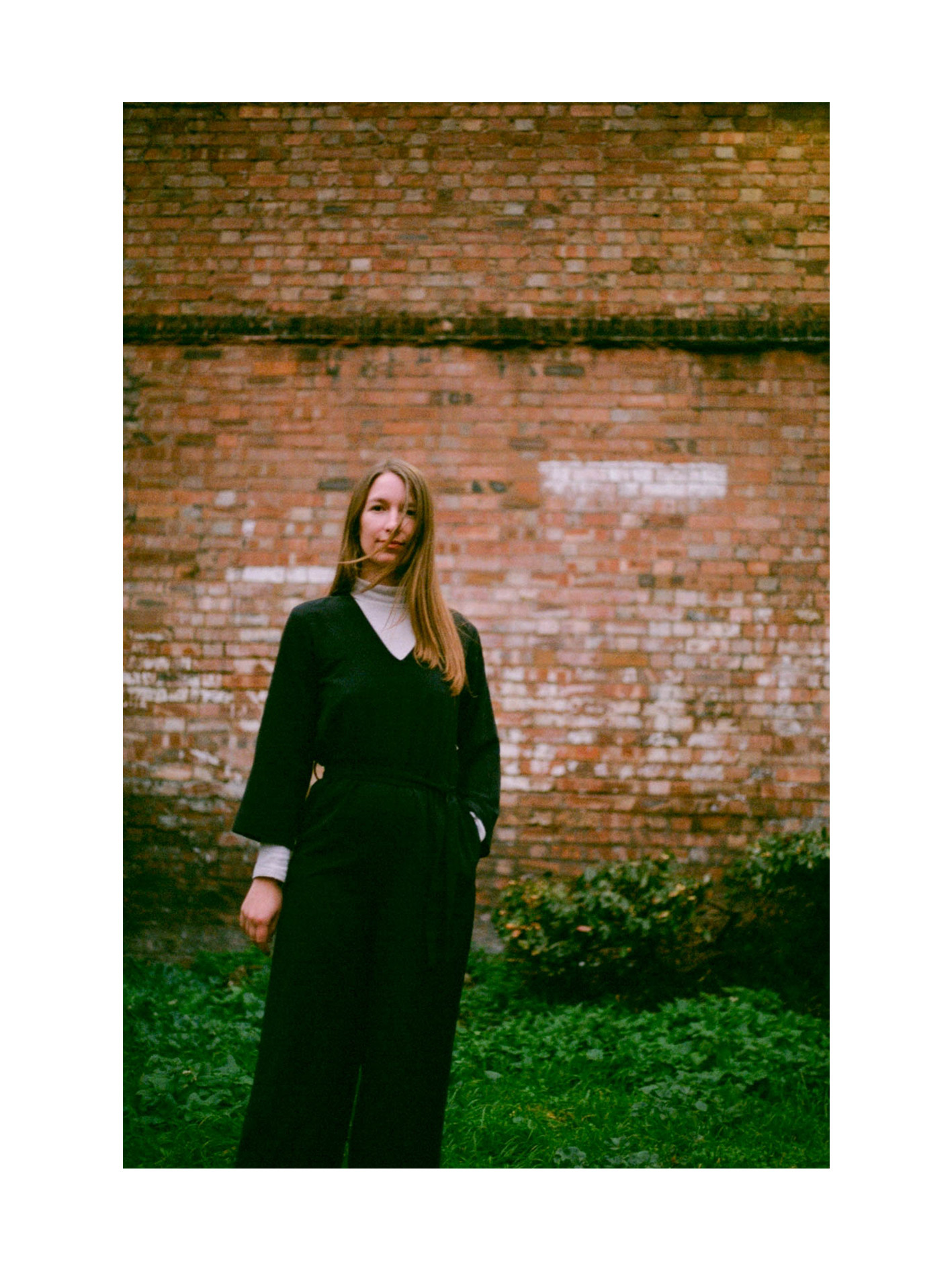 I’ve started to proactively use it less and less over the last year, particularly personally. I worked full time in social media for about five years, so maybe I’ve just had my fill. Although I do continue to use it for DJing – there’s a bit more of an expectation to be present and visible.

Even though I have my doubts about it, it has been a really powerful tool during recent times and events. A place to celebrate and remember, to support and to collaborate.

Matt Wickings told me that branded towels are the next big money maker.

Of course it does. Get the wafters out.

If you had one piece of advice to people starting to consider a career in dance music, what would it be…

Be patient. You’ll get there. Treat everything as a stepping stone; a chance to learn new things and apply them to whatever you do next. I can safely say I’ve taken something away from everything I’ve done, even the non music-related jobs.

When I first started answering these questions it was Slowthai. He did a homecoming gig in Northampton when I was back home for Christmas.

More recently though, I went to see this Balkan gypsy wedding singer called Goran Bregovic play in Madrid. My brother and I took my step mum as a Christmas present. It was mad.

I don’t really have one in London that’s been massively important or formative for me as I only moved here five years ago. Before that, when I lived in Manchester, Roadhouse was a constant. I didn’t live there for as long as I’ve been here but maybe it was the age I was at that time. I'm probably just partying far less now…

Back home I have to give an honorary mention to the Soundhaus. It’s the place that really fuelled my love of music in my early teens. We’d sometimes go there two or three times a week to watch bands. Now it’s a Romanian wedding function room and restaurant. 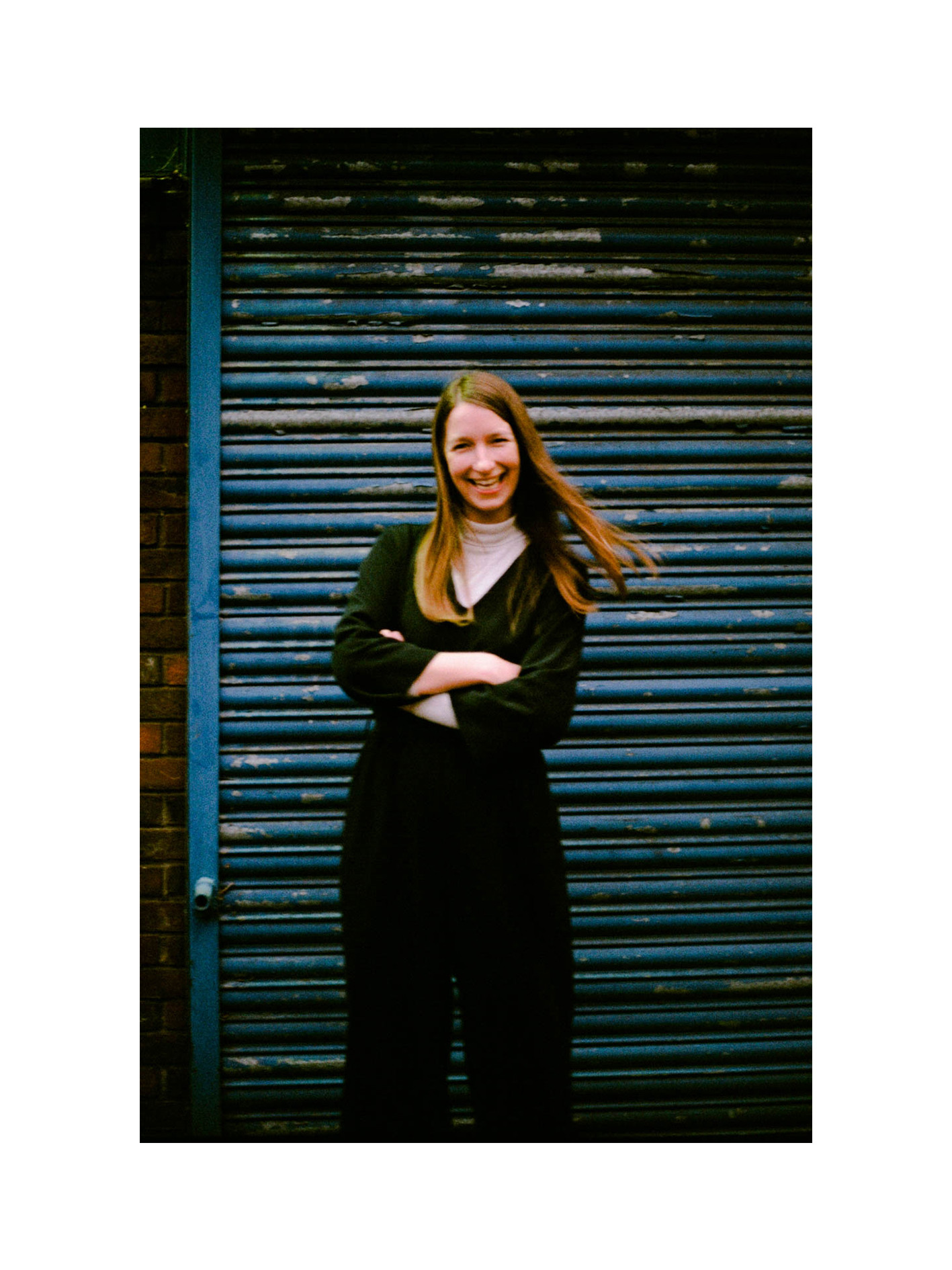 ‘Hummingbird’ by Born Ruffians. I was trying to refresh my memory whilst watching the first season of Skins… Serious quarantine viewing.

I caught Simo Cell and Credit 00 in Budapest at this space called Flashback Photography Studio at the beginning of last month. They’re both wicked. I couldn’t get over the venue too, it was amazing.

Shawlands Arcade ‎- Rad-Zod1. It was a rigamarole to get it. Not because it was elusive, just because I’m incompetent. I bought it on Discogs and forgot to pay, then when I did the guy forgot to send it. When he finally did, it went to my old address, got returned to the depot and then returned back to sender. Ended up managing to pick up two copies for the price of one from my local shop back home. Vinyl Underground, one of the best around…

So many things, but predominantly it’s the people. Being able to connect and share with people from all over the world because of that common interest. I’m also thankful I can give others a platform in some way. I’m really privileged to be able to do that. It’s a special thing. If you can elevate others, then you should exercise that ability as much as possible.

Switching off. Music has only been my full time job for two years, before that I was doing it as a side hustle with a corporate 9-5. Shout out the BMA. When I became freelance and started working on lots of different things, the lines between work and life began to blur more. 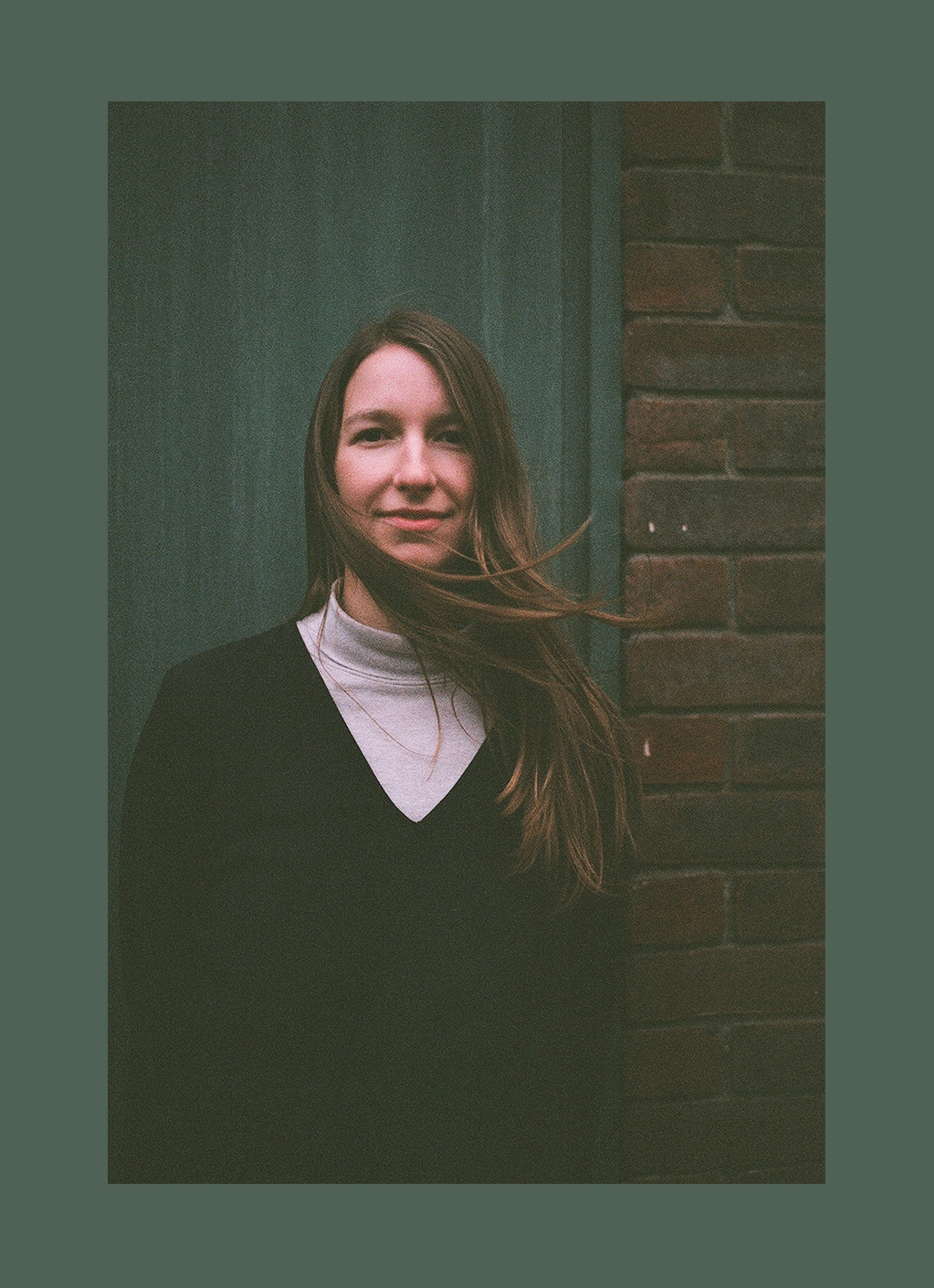 I wouldn’t call it a disappointment as such but it took me a while to find a full time job in music. It was difficult to get that first foot in the door and I had a lot of knockbacks to begin with. You just have to keep going, someone will take a punt on you eventually.

Like everyone else, my gigs started getting cancelled in March. Fortunately my work mate Kieran got asked to put on a last minute party at Tola in Peckham, so we played b2b all night. The final dance before everything started really getting locked down.

I’m lucky to have many inspirational people around me. Too many to mention, but special shouts to my man Andy Lemay for being the kindest and most encouraging human going. And, although he may be wet and he may be Balearic, Aaron at STW has had my back since the beginning.

I think the music industry is difficult to get into in general, so for the underprivileged it’s definitely amplified.