Colourful imagery cascades across the very soul of a label which has been operating for over fourteen years. Firecracker Recordings continues to inspire and surprise, the Edinburgh based imprint up North has been responsible for releasing some of the most innovative and intriguing excursions in electronic music and beyond for a long time..

Run by Lindsay Todd the label has humble foundations, a passion project which evolved into a beautiful monster, it has become one of the most unique and interesting platforms in the United Kingdom with a core group of buyers and disc jockeys in full support. Firecracker has released music across the breadth of sound, from Steven Legget's latest ambient bliss through to the charged breakbeats of Dj Sports. Club orientated music has come from the likes of Linkwood, Vakula and Other Lands whilst as a whole the ethos of the imprint has been based around taste and style rather than genre. It's many things to many people…

The aesthetic of Firecracker is fundamentally key to the success of the label. Every release is beautiful and elegant, each carries a distinct piece of imagery designed and screen printed by an array of meticulous designers and artists. No compromises, high quality and with exquisite attention to detail – that's the goal and that is why the label is acclaimed.

Lindsay Todd has been an important figure amidst experimental music in Scotland for many years, he has made a valid contribution to the scene. Always one to challenge himself and embrace a new project, it is this positive energy which has helped guide the musical direction and and his own passion…

Perhaps one of the best examples of this was in him launching his own micro record shop, a beautiful little space nestled amidst Summerhall which acted as a shrine to musical integrity, – past, present and future. Much like Firecracker, no compromises were made and the result something truly special…

"I really enjoyed The Living Mountain but it was only ever supposed to be a temporary thing and I'd already gone well past that by doing two years. It could have gone on a lot longer… You've got to really enjoy what you are doing and not be resentful of something taking too much of your time from you. However, I've always had talks with people about doing another space down the line and I wouldn't be adverse to doing that. What was special about doing it for the first time was in having a wild space with plants and chaos, it was all a bit chaotic. However, if I were to do it again it wouldn't be that but something else completely new…" 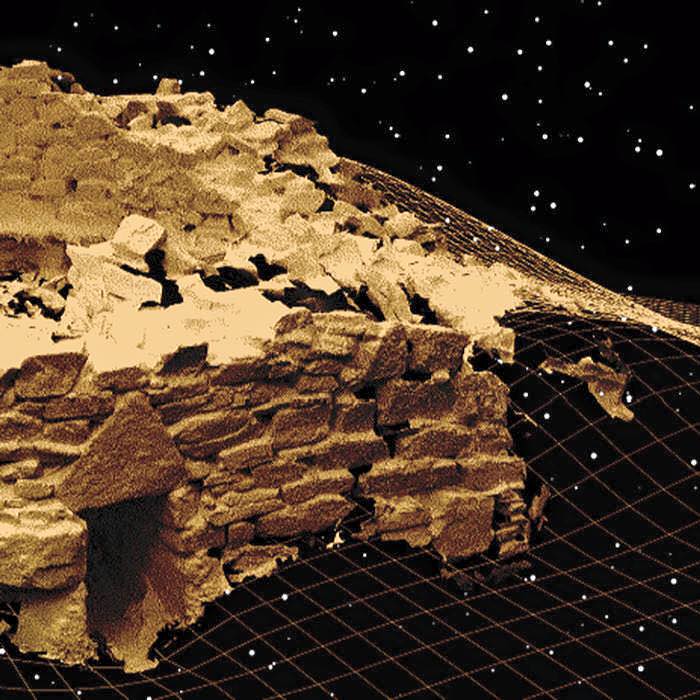 Firecracker itself has consistently been involved in exploratory venture. In 2015 the label released an expansive body of work in collaboration with the Scottish Forestry Commission which featured musical contribution from the likes of Wounded Knee, Lord Of The Isles, Other Lands and Lindsay Todd as House Of Traps. The label was approached by the Commission to produce a compilation of music which might soundtrack the ancestral history of the rock carvings, standing stones, tombs and dwellings scattered throughout Scotland. The result was a beautiful piece of work which spanned the breadth of genre and showcased endless talent.

This month the second edition of the Mac-Talla Nan Creag project will be released. Lindsay discusses the nature of the partnership and the passion behind the project.

"We're in an environment in which experimentation and exploration is much more open and encouraged these days. Initially it was actually Matt Richie, head of archeology at the Forestry Comission who reached out to us. He'd been a fan of the label for a long time, from there it all happened organically. We thought it would be really interesting to do something more Krautrock inspired with song cycles and electronics. We also wanted to smash that horrible preconception of joining Scottish folk and contemporary electronic music, which can be an awful genre at times when approached in a clumsy way.  We wanted something more abstract, steeped in mysticism and thankfully the Forestry Commission not only got that but supported us fully in its vision.” 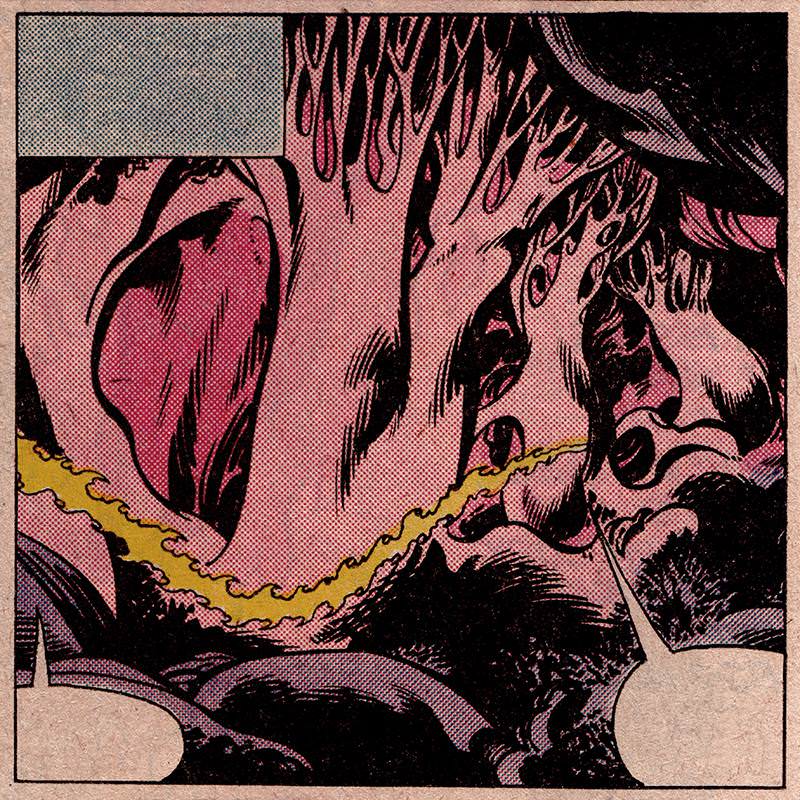 One of the fundamental elements of the imprint and its unrivalled success has come through the interpersonal connections and friendships which Lindsay has formed within electronic music over many years. Most of those who have featured and appeared on the label continue to share new music with Lindsay and remain closely affiliated.

Last year saw Dj Sports appear on the label for the first time when he released his debut full length album "Modern Species". It came as a surprise to many that he would choose Firecracker as an outlet given the fact that his own Regelbau label had provided a safe haven for him and his friends for many years previously. Lindsay describes the process by which the Danish producer joined the family.

"A good friend of mine is Jonny Nash – I'd been down to his about three years ago and he'd played me one of the tapes, the Yield and Help stuff, the first bits that they'd put out. It blew me away and I knew I needed to get in touch with these guys. I spoke with Milan (Dj Sports) and it transpired that they were coming over already after chatting with Fergus (12th Isle) and we agreed to hang out. Milan and Natal (Central) his brother came and stayed at mine for a bit, we hung out and talked about it."

This would then lead to the much acclaimed release…

"As soon as they went back to Århus, Milan would just fire bits over and over the course of a year we put the album together. I think it was really important that they came over to hang out, just so that they could see that we were all in the same headspace. For me I find it's important to get on with the artist and to be in the same place. I don't just hit up people to reissue stuff or put stuff out. It's important to have an extended family and a diverse group of people. That's what allows for cross pollination and when the real magic happens. When people you wouldn't expect are able to collaborate with someone else…"

This doesn't just apply to newly produced music either. Despite Firecracker having released music from the past you might never actually know… It's not advertised or sold as such. What appears on the label at any given time might be shrouded in mystery to a degree but you can guarantee that there's a connection between Lindsay and the proprietor.

Other Lands is perhaps best known as Fudge Fingas to some, he has appeared prominently on the label previously but this year marked a change in direction as he released the "Pattern Transform" EP on Firecracker. An experimental club orientated record which featured tracks thought to be lost and rediscovered.

"Each release has it's own way of simmering. Some of the material on the Other Lands EP was from 1997 or 1996, I even remember Gavin making that back in the day. He sent me that alongside some new stuff as well and it was a moment of realisation. Some of the music was made twenty one years ago but you probably wouldn't even notice sitting alongside the new tracks; some music truly is timeless! In terms of things simmering about that's probably the most extreme end of it but I've never been one to be in a rush…" 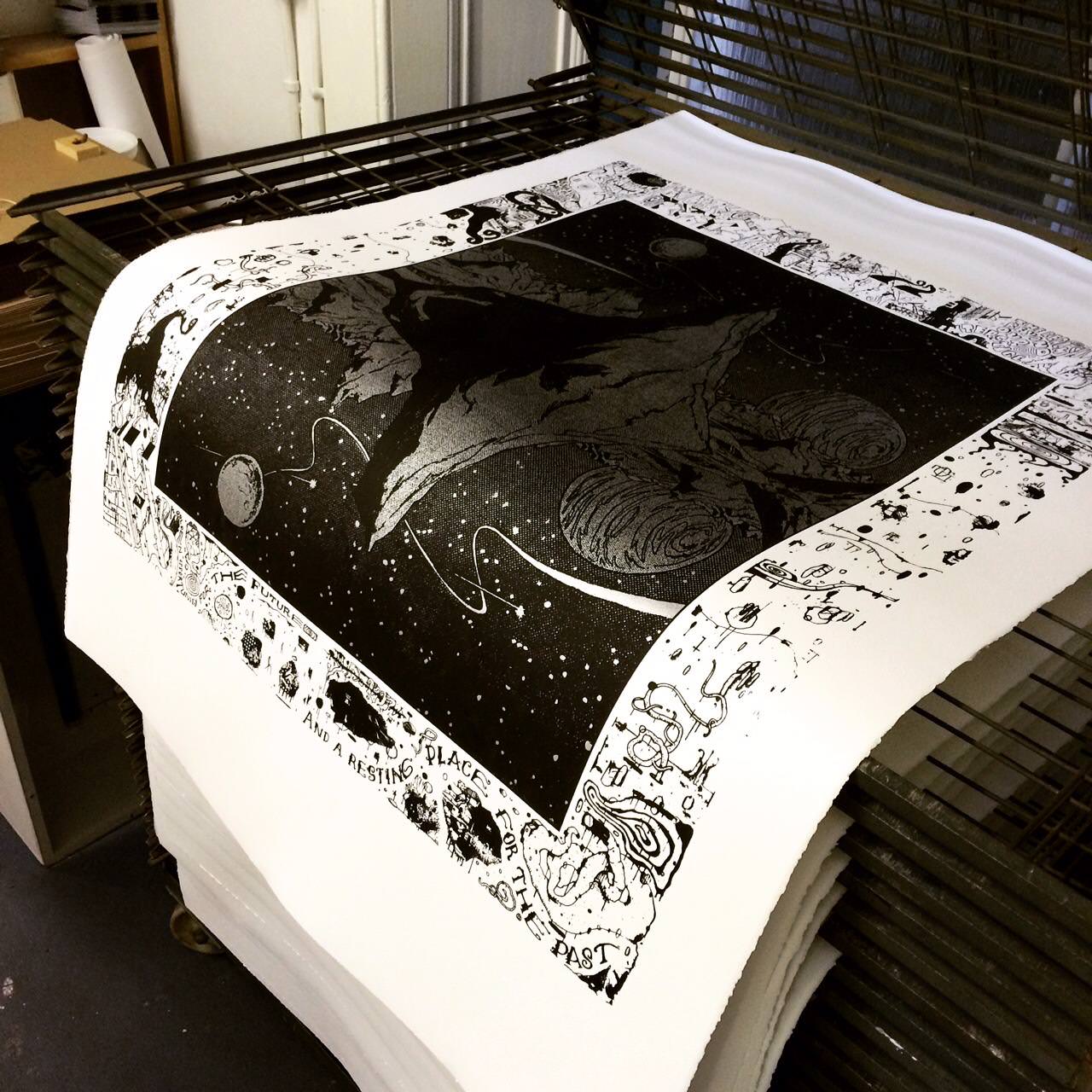 There is an honest integrity to Lindsay in the way in which he talks about Firecracker and the evolution of the label across the years. It's clear to see the passion and attention to detail which exists within every release, every friendship and every project. It's powered by a creative mind, one very much still in love with music and ambition…

"If you'd asked me back in 2003/ 2004 if this is where we'd be now I'd say I've got no idea. It's grown organically really and you don't ever sit still, you'll know yourself buying records that it's always been about constantly digging and finding new things. It's about experimentation, whether that's buying new records or releasing them. It's the inspiration behind the artwork, taking apart processes like screen printing, releasing special editions and collaborating with other people. It's just a constant process of evolution. I guess this is reflective in the way that the music has been released and a direct response to what myself and a group of mates have been into over the past fourteen, fifteen years."

Follow Firecracker on Facebook HERE and visit the Bandcamp HERE where the new Linkwood EP will be available in the coming weeks.