Distance and space within sound can be a struggle to gather.

Often such moments offer pensive time for self reflection, an opportunity for thoughts to run wild amidst a backdrop which acts not as a distraction but as a concentrated aid. It all relates to the surrounding ambience, only then are we truly able to engage with a profound sense of self in which we are usually too preoccupied to explore.

Air Texture was formed by James Healy in 2011 following the inspiration of labels such as Kompakt, Instinct Ambient and Excursions In Ambient. Based in Brooklyn, James has since gone on to release what could be described as some of the most significant ambient compilations in recent years. He has captivated the imagination of a community and audience through his releases, often featuring big names alongside relative up and comers across each of his previous compilations: Ricardo Villalobos, Oneohtrix Point Never, Wolfgang Voigt, Biosphere, Teebs and Legowelt are to name but a few. Perhaps, in an age in which electronic music is now a bigger entity than ever before, artists find a humble retreat in the production of music far removed from the hustle and noise of what can be a hectic lifestyle.

This year, James is preparing to release his fifth installment as part of the Air Texture series, exploring new territory through conceptual ideas and new contributors. As with previous releases, he has invited two musicians to aid in the curation of the compilation, thus offering a truly musical perspective on the order of sound and it's presence as an overall realease. Spacetime Continuum and Juju & Jordash were the musicians in question upon the curation of Air Texture Volume V. James describes the forthcoming release:

"A lot of music on AIR005 would have a hard time finding a home in more traditional places like dance comps or more dance focused labels.  But many of the artists make experimental music a part of their process – a yang to their Berghain bangers so to speak.  So a lot of times there is great music laying about that hasn’t found a proper home yet."

"After the tracks have been chosen by the selectors, which really is the core narrative, we help them place and arrange the tracks if they ask for it. The narrative is the friends, heroes, and experiences the selectors have had – their relationships – that lead to the history behind the song that is selected and ultimately placed." As James highlights, the variety and diversity across the course of the release is distinctive, far removed from stereotypical perceptions of what electronic music is at its core.

Like many of us, James grew up with a penchant for exploration and a passion for the presentation of his findings. He describes the role New York played as a city within the development of his own taste, culture and societal perceptions.

"When I first moved to New York City after grad school, Williamsburg Brooklyn was a dystopic vision of abandoned factories and artist squats.  Crews would make deals with landlords: “We’ll haul all the junk and broken concrete out of your space if you let us live here free for the summer”.  These were concrete pieces the size of small cars.  What became was a fascinating template for month long happenings in huge, impossibly large spaces.

Space has always been a vital part of the palette to the underground scene here.  Whether its' a large rave inside the Brooklyn Bridge or an after hours techno party in the basement of a Yoga Studio in Bushwick, space is always the consideration. Manhattan draws us in with her architecture – the impossible island." Perhaps it is this sense of spatial awareness which drew James towards ambient music and electronics. Across each of the Air Texture releases he has worked hard to establish a visual identity, an embodiment of experience and sound. A sense of presence and existence in an ever changing landscape.

"The concept of “space” changed.  More people got lost online and underground culture couldn’t afford to live in New York anymore. Space became conceptual as we no longer needed it to meet in person, to interact with each other, shop, or fall in love, frankly.  This was a highly experimental notion, efficient at best and dehumanizing at worst.

The artists and architects who have mirrored these issues in their work are of great influences to us.  Artists like James Turrell, Donald Judd (who left NYC for space), Carl Andre, Robert Irwin, Olafur Eliasson, Gordon Matta-Clark, Ellsworth Kelly (RIP 2016), and Zaha Hadid (RIP 2016).  All work in the ideas of space, what is location, what is real, what is virtual – in multiple mediums.  Sometimes location is the medium.  Sometimes the virtual becomes real.  You see reference to their work in our visual identity.

I believe electronic music as an art form also addresses these concepts as the place (studio, rehearsal hall, band) is now in your backpack with the laptop and the constantly touring producer has an endless reference of material and tools to work with tied to no place." 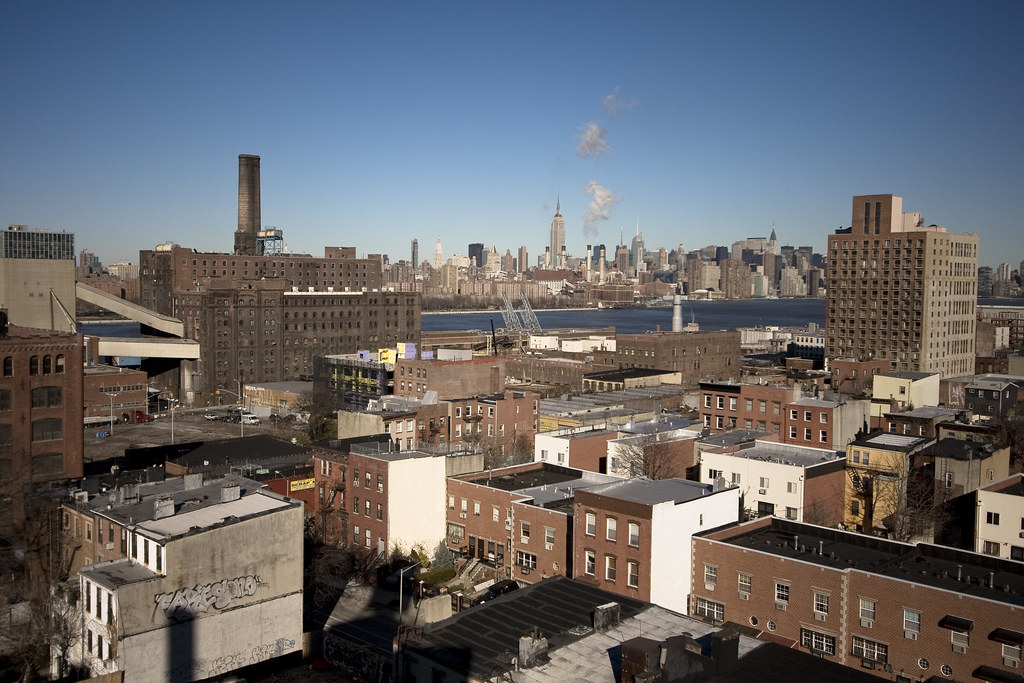 However, whilst New York might have changed with the passage of time. James is still keen to draw focus towards an era which left a long lasting impression not only on his own lifestyle but on the evolution of sound itself. The latest in the Air Texture series is the first for example to feature more stereotypically rhythmic sections, percussion and left of centre electronics.

"We never wanted to be known as a strictly ambient project – more of an electronic forms off the mainfloor approach – and AIR005 sits there squarely."

"Much of AIR005 is beats oriented, left of center rhythms – a nod to old Brooklyn raves where you’d move between multiple dance floors to leftfield rooms to chill rooms – sometimes I’d have a stop in my tracks moment between two rooms – a completely unplanned blend of rhythm and melody. Sadly, those old Williamsburg factories are all glass towers for the stroller set now."

New age and ambient music is in a state of revival at present, not that it ever was in decline. However, following years of forward thinking progression many are now seeking to explore and re-invent what came before.

"I’ve been digging deeply into New Age for music and samples for ages. Regardless of arrangements, the sounds are so damn good and well produced.  Enya is a hero, so is Kitaro.  Narada and Windam Hill Records were massive. There are countless other lost synth hippies and crystal freaks from the 60s going forward that are finally getting proper recognition so yeah it’s good that the exposure is increasing these days."

It is this background which James believes has helped to captivate and enthrawl listeners alike. The inclusion of some fairly prestigious players from within the world of electronic music certainly demonstrates a level of respect for the project.

"We believe this project is aligned properly through it’s creation process. The selectors take the stage to present the music and friends that influence them. We sit in a background a bit more than a typical label and we think the artists recognize and appreciate that. With such a large amount of tracks on each release it’s a daunting process, but an important one. We have been humbled and amazed from day one with the artists willing to work with Air Texture".