Some 25 years after the original film shock audiences worldwide, Romper Stomper has returned as a TV series. The hair might have grown, the targets may be different, but, as creator Geoffrey Wright says, the threat from extreme politics is greater than ever…

A quarter of a century ago, I was out with an independent film distributor – Medusa, no less; a label adored by VHS fanatics and genre diehards, and a stalwart of the video rental days at some work function.

They were raving about a film they’d just picked up from Australia, Romper Stomper, an ultraviolent film about skinheads, as far removed from the psychedelic kind you’d see bowling around Soho and clubs such as Love Ranch in the early 1990s.

Being of the shorn-hair persuasion even before my baldness struck home, they urged me to see it. And, being the days of video rental stores offering you big boxed cassettes for a few pounds a night, Medusa asked me or a quote to help sell it in, having thousands of independent stores around the UK. I mumbled something about A Clockwork Orange – still banned then. They had the quote and it ended up being a huge success. (There’s another long story involving later interviewing Russell Crowe via phone, one of the worst phoners I’ve ever done, which saw him unjustifiably chastising me for all sorts of perceived slights, such as phoning him at the allotted time. I later turned down the chance of going to football with him, and he became best mates with the journalist that took my place. But that’s another story for another day.) 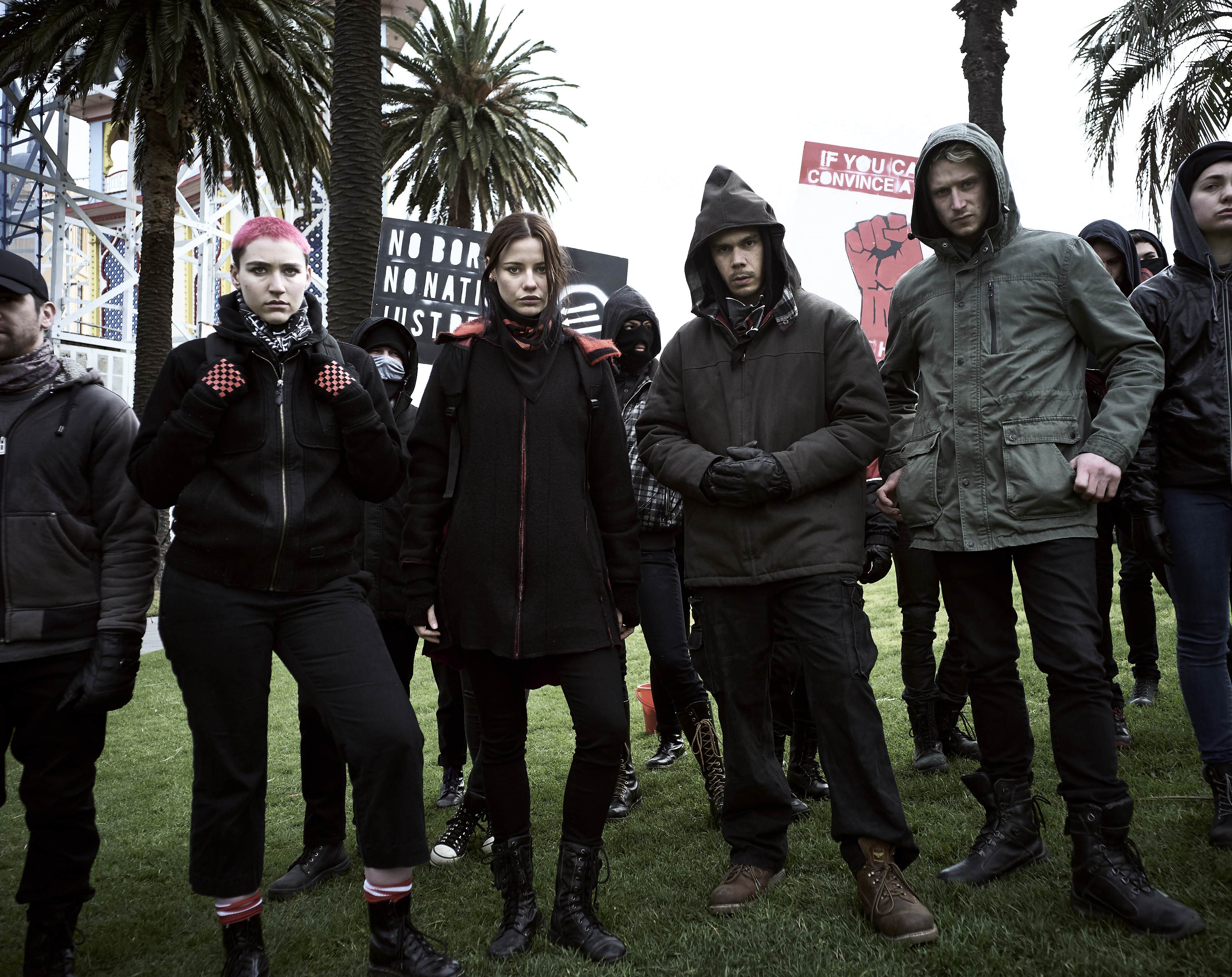 Fast forward 25 years, and Romper Stomper, one of the most notorious Australian films ever, is back. Only now it’s a television series, using the more detailed episodic format to tell a story far wider in scope than the original feature-length outing. Where that was far simpler – skinheads versus Vietnamese youths, shot on a low budget mainly in an around warehouses and derelict locations – this is much broader, taking in Muslims, Islamophobia and extreme right-wingers in Melbourne, with as many racists in business suits as there are in Dr Marten’s.
Creator Geoffrey Wright, the man behind the original film and its return as a TV series – which was this week released to DVD – said the idea for a sequel had been floating around for a while, but had come into further focus with the way extreme politics has become normalised in recent times. "The idea to update it has been percolating for several years,” he says, “and increasingly seriously in the last 18 months."

"Views and positions that were considered beyond the pale 25 years ago are now appearing on the edge of mainstream politics. This is even having a little bit of an effect on the middle of the road presentable political parties." Where the extreme right as presented in the original Romper Stomper had ideas that were unpalatable, Wright argues, they’re now being presented in smarter, more relatable ways. Odious they may still be, but they’re being made presentable and respectable to a new audience. "The sentiments are dressed up in a more presentable rhetoric," he notes. "They try and sound reasonable."

What’s more, the ideas are spreading further and further. It’s a global problem, and, emboldened by support and the internet, once unpalatable and unfathomable concepts are gaining ground. "We’re in the digital era. Communication globally is much better and everyone has access to the Internet. Extremists can observe other counterparts in Britain, in Europe, the United States and learn from them. Everybody can learn from everyone else. Antifa is a global phenomenon as well. This is a result of the technology we have and the era we live in." 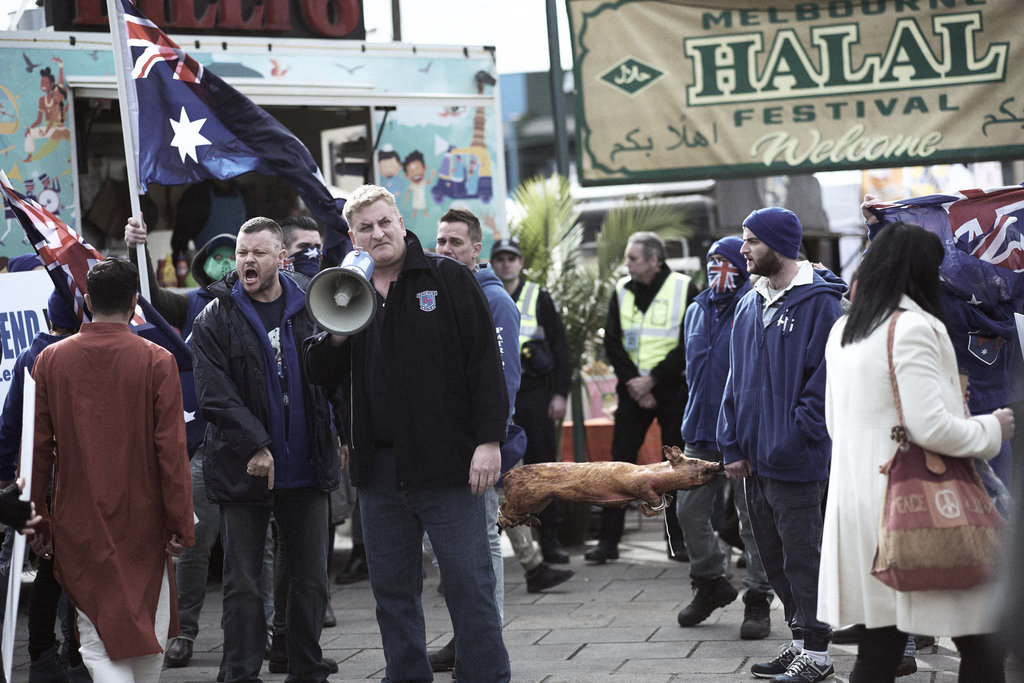 Wright believes political correctness is paralysing those in the centre from speaking out too much. “People are afraid of change, and the multi-cultural society has been poorly explained. People in the UK think there are too many foreigners, yet you go to Melbourne and there are British accents. Their sons and daughters are going all over the world."

"There needs to be more discussion, but the internet is just like a wall of abuse and politicians are just tiptoeing around these issues. Everybody is afraid of offending anyone else. No one can have a discussion – it’s a dreadful situation. We need to have better conversations. If someone’s from another country we need to be able to ask them where they come from, how they find the country they’re in, what their expectations are, what they want. But, if you try to have these frank exchanges people would be labelling you, telling you to watch what you’re doing."

The increasingly complex discussions around these issues helped steer Wright towards a TV format rather than the big screen. The broader palette and longer format suited where he wanted to take the series. As Wright says: "With Longford television, you’re looking at six or seven or 12 parts of an hour each. You combine this with the technology of current television, the big screen, the dynamic sound, home cinema… It’s not the TV I grew up with. You can afford to have a very cinematic approach." 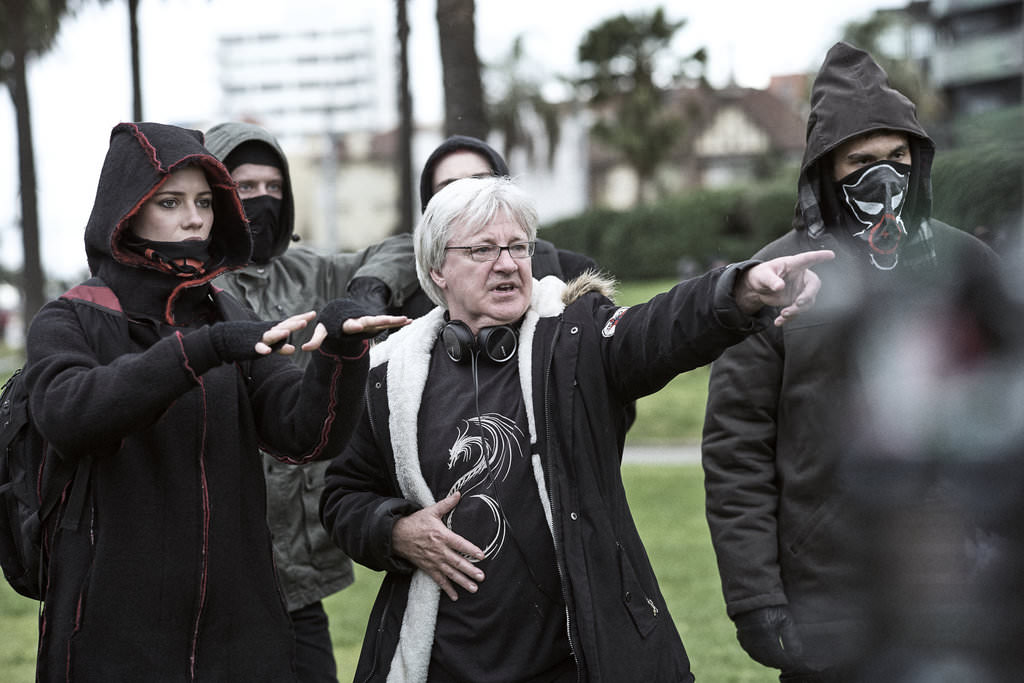 And, as an independent working outside of Hollywood – and superheroes – there’s little opportunity to get a film to a wider audience, Wright explains. "It’s hard to get screens for any length of time, especially with DC or Marvel superhero products coming out very quickly. It’s not just a problem for us. You’re only around for a short time at cinemas. It’s very hard to get screens with the number demanded by the Hollywood films. And maybe if you want to go on to the big screen, that’s the way things are for the foreseeable future."

Revitalised by its success, Wright is now moving on to other television projects, although he is still making himself available to future seasons of Romper Stomper in a potential consultancy role. 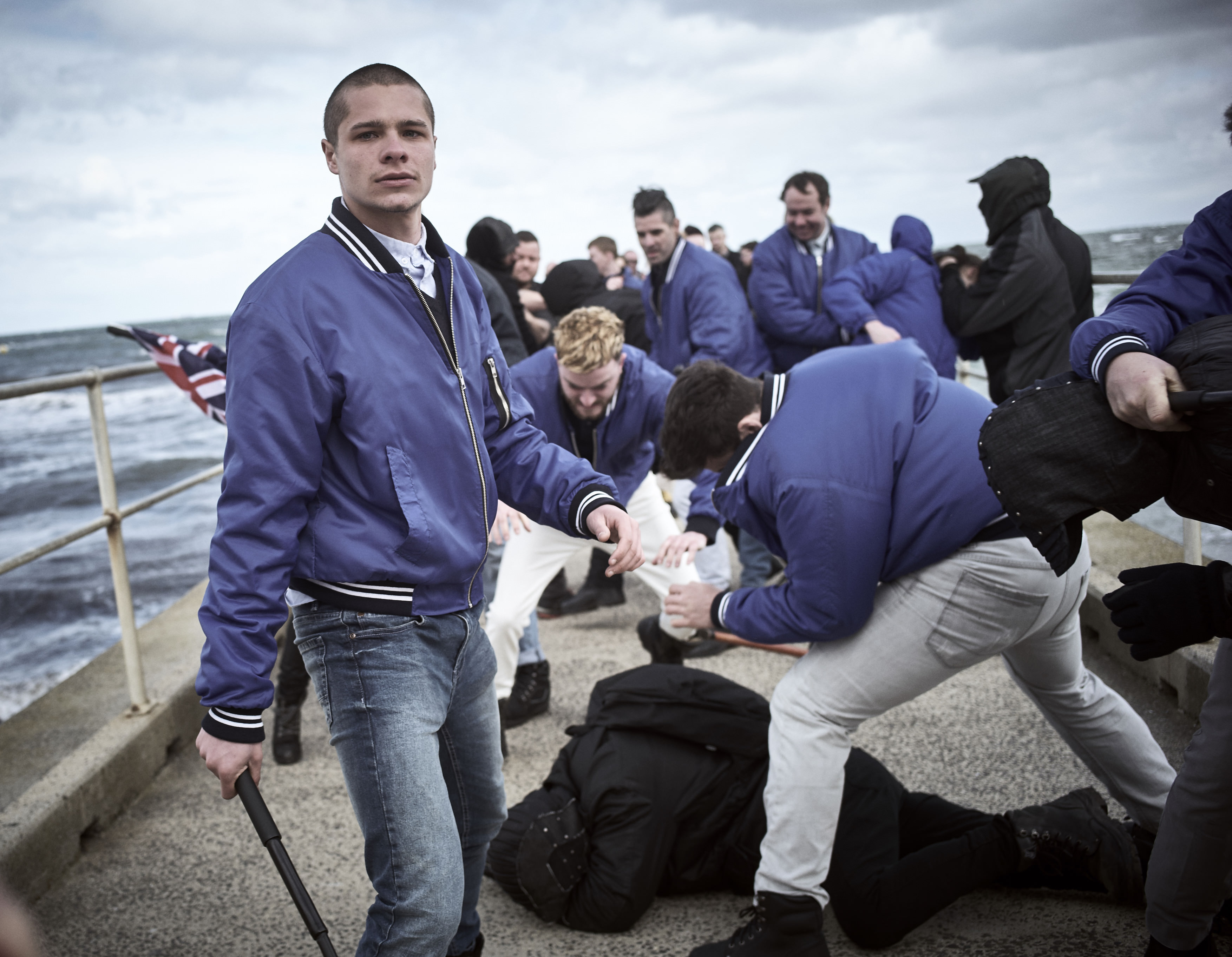 While he may be moving on, he’s still proud of the work he’s done both with Romper Stomper the film and the series, although there are some reservations that, despite far-right politics having moved on, there were still those calling for the ban of the film.

"As we were making [the film], I knew we were hitting a raw nerve. We wanted to make an impression. Even when I went to Hollywood, as much as they admired it, it was very much not a Hollywood product. It’s a gang film, but it’s a political film. Is he an action director, what the hell is he?"

"I expected to get a caning from some people, like The Guardian. They wanted to find fault with us, but I think there was a begrudging respect. They were good and fair and there was a very good response to the series. Some people wanted to ban it, there was all the same garbage I heard 20 years ago, people want to attribute social problems to music, to movies. There’s always going to be someone blaming a movie and a song. It’s so easy to do that, you can then continue to ignore the real causes."

Romper Stomper TV Series is out now on DVD.