Psychedelia and the Subconscious: In conversation with Simple Symmetry
Minute Read As Simple Symmetry, Sasha and Sergey Lipsky have made a name for themselves making and playing hypnotic strains of dance music. The Muscovite’s own brand of psychedelia has appeared on labels like Disco Halal and Low Budget Family, while they’ve also been tasked with remixing artists including Zombies in Miami and Polo & Pan.

The brothers have just released their debut album via their freshly-minted New Ears label. Three years in the making, ‘SORRY! WE DID SOMETHING WRONG’ sees Sashsa and Sergey explore different approaches to songwriting, as well as referencing influences and sounds of the past, nodding to the work of everyone from St Etienne and Andrew Weatherall to the Beach Boys and Frank Zappa.

Following the release on 21st of May, we took the chance to speak with them about the album’s background and their own musical paths.

Can you tell us about growing up in Moscow. You played together in bands as kids, right?

Sasha: In our early childhood there was a lot of really good music, children’s tunes and musical fairy tales made by amazing Soviet bands and composers that invested their talent in the kind of music that could dodge Soviet censorship. There was no place for psych rock or experimental electronics in a Soviet concert hall but you could fit it into a cartoon or a kid’s record with hardly any difficulty. Our parents loved to listen to most of The Beatles’ albums, McCartney’s studio experiments in the 80s, early Rolling Stones, Pink Floyd, ‘Jesus Christ Superstar’ by Webber, a popular Soviet new wave band called KINO and some good classical music as well. Pretty decent musical impressions for a small kid. At one point, we also started making comedy radio plays, which were recorded with a special sound collage technique using two cassette recorders. Then, when we were around 8-9 years old, we started learning to play musical instruments, piano and guitar, and then, yes, we played in a couple of bands together.

What experiences inspired you to start making your own electronic music?

Sergey: It is very prosaic. We just started going to clubs and realized we could produce this kind of music as well. So in the beginning it was a kind of challenge for us. 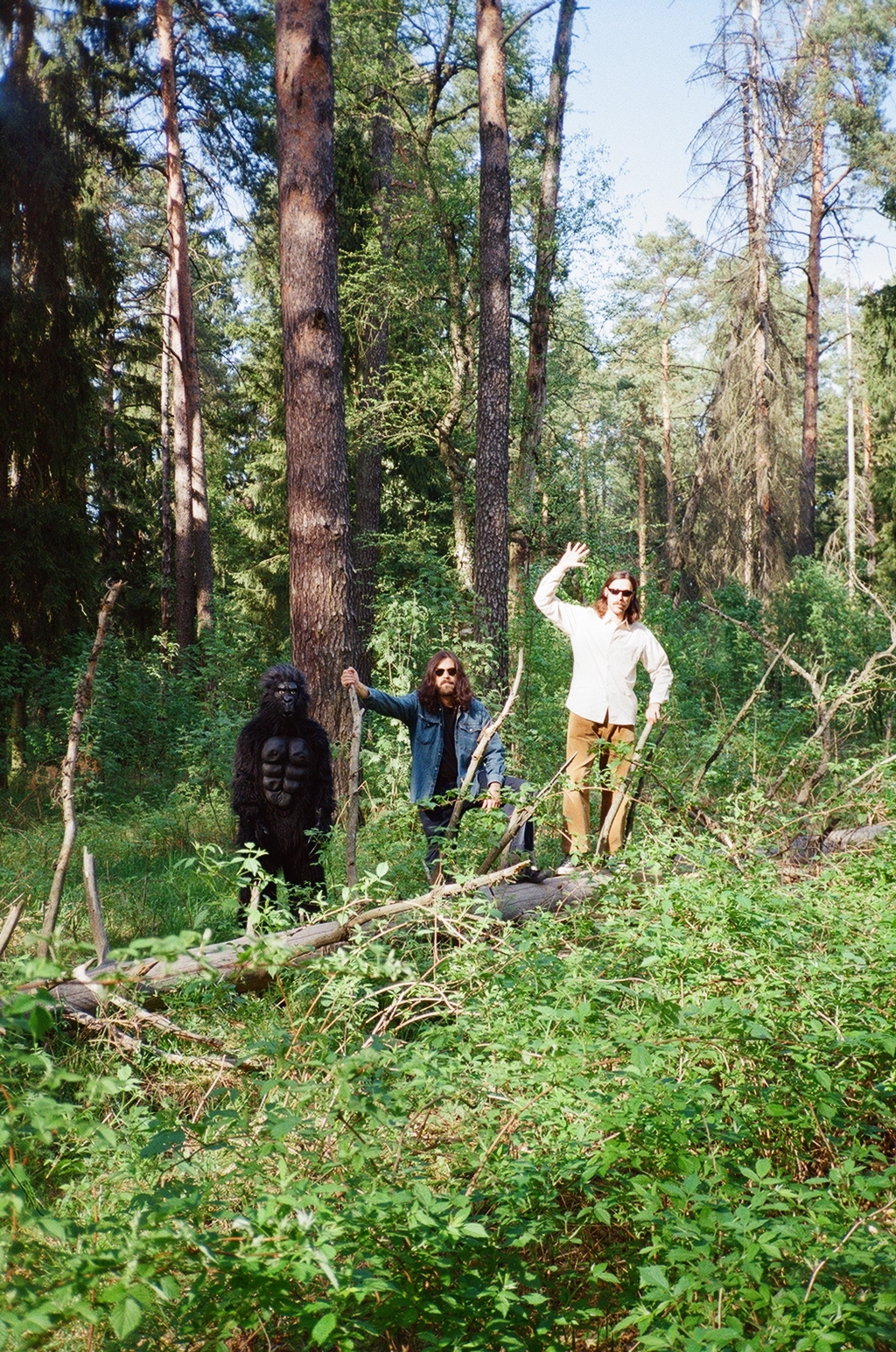 Collaborating and touring internationally have been a big part of your musical careers. Do you find that people react differently to your music differently in different parts of the world?

Sergey: We don’t. I believe music is an international language that you understand no matter what social and cultural environment you’ve been raised in. For sure there are lots of exceptions, but generally it works that way.

What can you tell us about how ‘Sorry! We Did Something Wrong’ was created. What does it mean to you and for your artistic trajectory?

Sergey: To be honest, it was a long journey. It took us almost three years to complete. The craziest thing was that the lockdown somehow helped us to finish everything. We’re known primarily as dance music producers, so the idea was to make a long player for listening, proper songs using real musical instruments on top of synthesizers and drum machines. It’s a kind of statement for us. Look, we can do songs instead of club tracks.

Sasha: Right, but in the end, I’m not sure we recorded an album with just songs in their pure form. There are many dance elements and influences scattered across the album and some of the tracks are pretty danceable. At the moment, I see the album as a series of experiments, an attempt to create something deeper than we did before and our first step into the world of song-writing. We’ve already got plenty of ideas about where to go next.

The album feels quite different to some of your other records and is full of references to music of the past – particularly the 60s and 70s. Can you tell us about why you chose to incorporate these sounds?

Sergey: In many ways it was based on our childhood musical impressions. As kids we were listening to The Beatles a lot. No doubt they instilled a love for melodies and psychedelic sound in us. As grown ups, we continued digging psychedelic stuff and discovered loads of fascinating underground music that inspired us even more. We’ve always been trying to apply some of these techniques to our club production, but have been limited by genre restrictions. We decided to do something different and went in another direction on the album.

Which tracks have a nice backstory?

Sergey: On ‘Oh Lord’, we wanted to transform an electronic beat and guitar demo we had and make it more live. The lyricist and singer you hear is our Berlin-based friend Gil Abramov from the garage punk band Balagan. Iggor Cavalera, formerly of Brazilian metal band Sepultura, is on drums. We have been big Sepultura fans since we were kids and are honored to have him on the track. Replacing the demo guitar we had laid down for synth and mellotron was the final tweak. This song survived a lot of changes and we like where we finally landed.

Sasha: There’s also a nice story behind ‘Sim Sim Sim’. We were taking a holiday in a small village called Trancoso in Brazil. Every day around 6 PM, local crickets would start their chirping, which sounded like “sisisisi”. The sound crashes like a massive wave of sound because there are a huge number of these crickets everywhere in the grass, in the bushes, in the trees. On the 7th day, I took my phone and started to record this weird cricket percussion. That’s how this song started and it was finished with vocals in Portuguese by Abrão, an Israeli-based singer who was the lead singer of the underground post-punk band Kafka, a group who performed a lot in the São Paulo area during the 80s.

The press release for ‘SORRY! WE DID SOMETHING WRONG’ describes the album as “a tonic for these uncertain times”. Was the process also a form of escapism for you?

Sasha: I’m not sure if these songs are an escape or diversion from reality. I mean, in a way it is, as with most kinds of art. It’s more diving into our subconscious though, reflecting in an attempt to get answers to some painful existential questions. Fear of death and imagining the end of your life or the whole world, the desire to overcome these fears and also your inner demons, the constant search for the meaning of life or God, and thinking about the lost connection between humans and nature – all of these themes present on the album. Of course, sometimes they are not easily recognizable because of the irony and comedic vibe that surrounds them, but if you take a closer look at the titles and lyrics, you’ll definitely get what I’m trying to say.

In what ways is the social and political context influencing artists in Russia right now?

Sasha: It’s hard to speak for everyone, but the music we’ve been creating in the recent lockdowns, that you’ll hopefully hear in the next 1-2 years, has been filled with more aggressive and bitter sounds. I feel that the social and political context of the last year, with increasing authoritarianism, economic despair and social injustice, has had this effect as well as leading to the growth of anti-establishment and protest sentiment that we try to fill our music with.

Buy SORRY! WE DID SOMETHING WRONG.