Since the beginning of recorded time, the dawning of a fiery red moon flashing angrily across the sky has been taken as the sign of a tumultuous and disquiet earth spinning beneath it. Sunrises, sunsets and the lunar cycle give the world a natural rhythm and a bloodied spot appearing in the night sky has come to represent everything from the spirits of dead people taking on the form of jaguars and attacking the Earth’s celestial buddy to the swallowing of the moon by a phantom severed head chasing the sun and moon around the galaxy in an eternal dispute over stolen elixirs.

As Umberslade Farm in Tanworth in Arden tumbles into nightfall on July 27th this year, the earth will be entering into the longest total lunar eclipse of this century. The moon will be passing along the most central axis of Earth’s umbral shadow and will also be at its most distant point in its oval orbit around the planet, lending an enviable NBA style hang time to the eclipse while taking on the diminutive appearance of a micro-moon in the nighttime sky.

Gone are the days when shrouded underneath a red hued sky, people would set upon the moon with arrows and dogs in an effort to chase off the beasts that were keeping our cheesy satellite under duress. But, there is no denying the first 18 years of this century have been characteristically disquiet. Donald Trump, Brexit and the Financial Crash (and subsequent rise and fall of Noel Edmonds) have come to epitomise the present age. It seems like there has never been a more pertinent time this century for a gathering under a full moon and reflecting on the many rumblings currently at work on our planet.

During the turbulent 19th century when planet earth was in the throws of an industrial revolution, prominent members of the Midland Enlightenment movement (spearheaded by Charles Darwin’s grandfather, Erasmus Darwin) would meet under a full moon and discuss the issues of their age in an effort to influence change through focusing and informing debate, linking social, economic, scientific and cultural thinking, and catalysing action on issues critical to the common good. The Lunarticks, as they came to be known, were a group made up of some of Birmingham’s leading industrialists who had an overseeing hand in forging an indelible network of canals and factories as well as setting up the Lunar Society.

The Lunar Society are the organisation behind July’s Lunar festival who aim to make hay while the moon shines via the seven directives of Listen, Learn, Move, Create, Taste, Relax and Laugh. There is one area of the festival in particular that looks to be taking on the issues of the day and holding them up to inspection under the light of a Thunder Moon. The movement is called Journey to Nutopia and this year they boast a packed schedule that includes talks and discussions by authors such as John Higgs and Michelle Olley and prominent scientists and theorists like Midge BJ & Dr Rosalind Watts plus, and this is important, “loads of banging acid”.

A Guy Called Gerald will be performing an acid set while taking over the Land Raver, a psychedelic Land Rover which used to be owned by King Boy D from the KLF. It was built to respond at a moment’s notice to promote positive thought through its state of the art sound and lighting system and 4×4 go anywhere attitude.

Journey to Nutopia visionary Richard Norris, one half of Erol Alkan partnered Beyond The Wizard’s Sleeve and the other half of Dave Ball collaboration The Grid will be debuting a Nutopian electronic meets spoken word set. Nutopian electronic meets spoken word? “I'm not wanting to shove dogma down people's throats, there's enough of that going on elsewhere. The main thing will be the dance, the music. Otherwise it would be some horrendous hippy mess.”

So, what is Journey to Nutopia? Journey to Nutopia is an attempt by Norris and his crew to spark some realistic conversation and debate around positive future narratives via acid music, debate and discussion. As he puts it “The idea for Journey To Nutopia came to me when listening to the author John Higgs talk at Daisy Eris' Cosmic Trigger play in London. John was riffing on ideas about dystopian and non-dystopian futures. He had tried to find the last instance of a non-dystopian future in a mainstream sci-fi film and the most recent one he could find was in Bill and Ted's Excellent Adventure, where the future is pretty much the same but with better water slides.”

Born out of the idea that our shared visions of the future are wholly dystopian and that there is a real danger of these visions becoming self fulfilling prophecies, Journey of Dystopia was launched. “We're not naive enough to believe that we'll ever achieve some sort of fluffy, promised land nirvana. We'll never get to that kind of idealised utopia. It leads to tears, and that kind of thinking leads to the occasional dictatorship, as history suggests. We'd no doubt be bored if we actually got there. Everyone needs an aim, a goal…. the journey is the thing.”

If a blood red lunar eclipse is the result of an earth out of phase with the good, Journey to Nutopia is the small revolutionary army fighting the cause for good. It is “considering glimmers of light in this cascade of excrement we're all wading through” and while not exactly aiming anywhere in particular it serves to prove the importance of the journey while nestled on “a good size site, in beautiful countryside, not too big – with added tunes and ranting.” 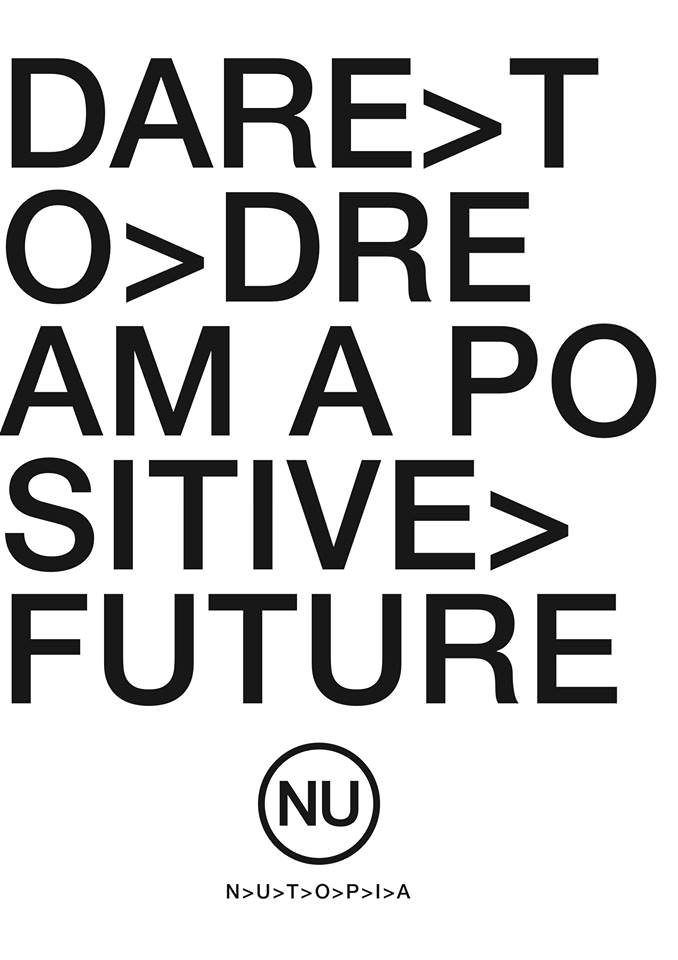 On April 1st 1973, John Lenon and Yoko Ono declare themselves as the first citizens of Nutopia, a land of their creation with no borders and no passports. Everyone could be a citizen. There was a plain white flag and a national anthem that consisted only of four seconds of silence. Norris and the Journey to Nutopia crew are looking to expand on that universal idea of Nutopia

“The Ono/Lennon Nutopia was tied in to their US green card visa troubles at the time, however we thought most of the issues, in this time of Brexshit and wall building, still stood. Journey To Nutopia exists to further these ideas.” Journey to Nutopia is an optimistic yet realistic view of nowhere in particular aiming to work in the same way that Norris, a prolific remixer as well as artist approaches working on other people’s work. As he says “I'm more interested on shining a different light on what's already there, maybe highlighting different elements, changing the arrangement to reveal different perspectives, rather than throwing everything out and just using one fragment to make a totally different song.”

It may be hard to believe right now, but there are elements of our present day that are worth shining a light on and while the founding principles of Nutopia state that it can be anywhere, it does sound like a lot of fun under a red moon on Umberslade Farm.

Check out Lunar Festival and Journey to Nutopia.