Woolfy Vs Projections – The ‘Shine A Light On’ Ransom Note Mix

Throughout the brief history of time there have been some epic battles. Alien vs Predator, Batman vs Superman and, most memorably, that giant cat vs Birmingham City Centre. One of the most recent additions to this list is Woolfy vs Projections, though in truth the atmosphere between the musical collaborators is considerably friendlier than the one between the Brummies and that enormous feline. Their new album Stations (out now on Permanent Vacation) completes their trilogy of of albums based around the concept of lost astronaut Captain Starlight. As these adventures have come to an end, for now at least, we filled up some of their time by getting them to provide us with this week's Shine A Light On mix.

So sit yourself down, plug yourself in and read on as we delve once more into the breach dear friends;

Who are you and what are you?

Two Scottish boys raised in the 818. The valley has it's own sway about things.

What started out as a joke has turned into questions like these. And to answer your question, yes we fight a lot. Major bombs to the chest or belly area with absolutely no warning at all. Usually fuelled by Mezcal.

Your music makes me envisage a spaceman who has thrown it all in and is now relaxing on a Balearic beach somewhere. What do you guys see?

As a metaphor, you kind of nailed it on the head. We've been in the game a good minute now and the desperation of dreams have disappeared. The finer things in life haven't, so wherever that beach is, you'll find us there.

Your album 'Stations' completes the trilogy of concept albums after 'The Astral Projections Of Starlight' and 'The Return Of Love'. What made you decide to do a collection of three concept albums?

This was talked about years ago when we first brought the concept around. Somehow we drifted into a trilogy. In the making of the third album we had ideas to make songs that would cross over into radio, Permanent V kept our minds on track and saw the vision of what we set out to do. Kind of makes you want to do one big Captain send off. 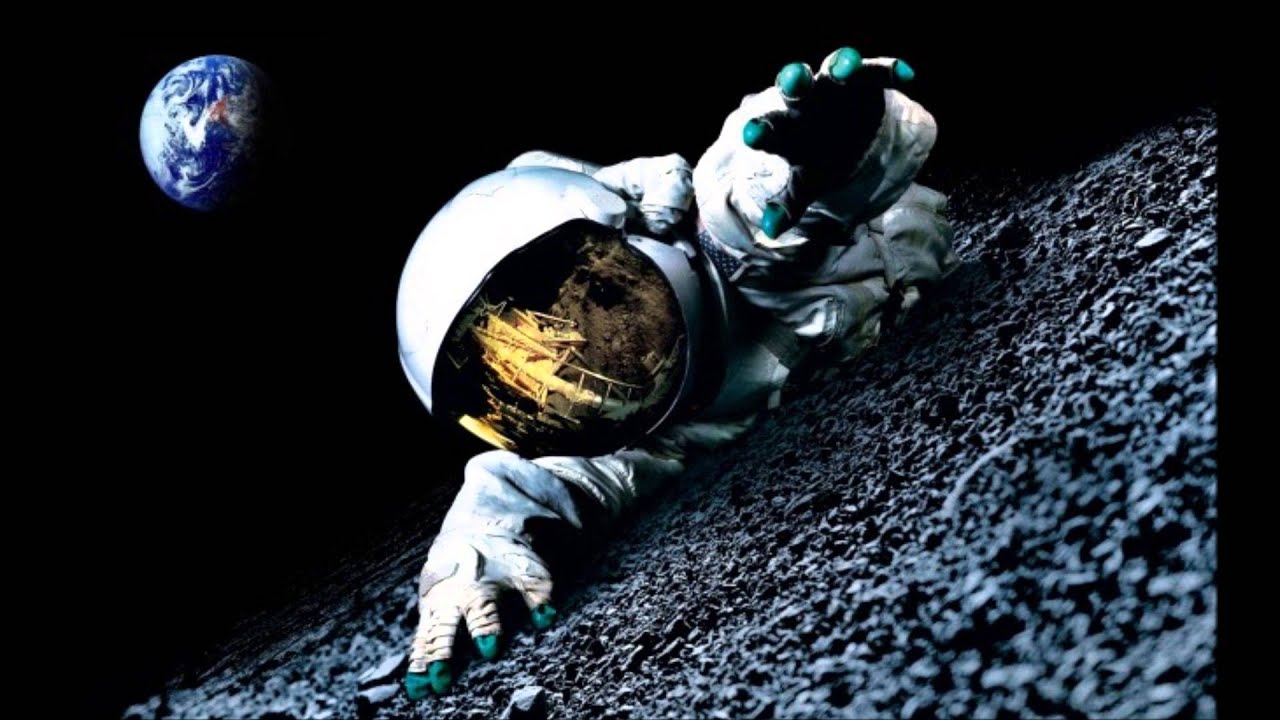 Can you tell us what they're based on and why?

In an nutshell? No. Our lives out here on the West Coast tend to drift and take flight at times, probably like most people in life, we just seem to have the time to write about it.

Describe your dream adventure as a spaceman.

Pretty sure there'd be a hell of a lot of Spock involved, telling us 'don't go in there', 'are you sure this is what you want to do Captain?'… Then these amazing silver women would robot out of their fake caves, the rest you'd find out on the album…

If an alien came down to abduct you, would you go?

There's no choices in abduction.

Who would win in a fight between you and Captain Starlight?

Two on one? Come on man…

What should we be doing when we listen to your music?

Tripping, laughing, pleasing, drinking, sharing, smiling, helping, crying, travelling, giving, dancing and communicating. Everything else is off the table.

Where would you rather be: West coast or the Balearic Islands?

Never been to the islands yet, going with the West Coast. However, if someone wants to bring us to the islands, just let us know.

'Stations' is the last resort for Captain Starlight but if things had turned out differently for him, what would he be doing?

That dude is fine, no use in worrying about Starlight, he always finds his way.

Would you consider doing another collection of concept albums?

Do you think Captain Starlight would like the Balearic Islands?

He'd love it, as long as his musical preference doesn't change. Thinkin' Metal.

We were on tour this summer in Europe. During the course of this amazing adventure we managed to (let's say) misplace our record bag. To our immediate relief, friends from wide and far sent us a mad collection of music. Needless to say this is a product of that collection.

It's quite steady and seamless thanks to the powers that be, so a warm-up party, business meeting. When all the DJs are dead?

A proper Ueri, some nice technics, records fresh out the sleeve (no scratches) as if they haven't seen 1000 parties.

The one for Michael J, our friend Phred Noir first dropped it in Marseille. Very special moment.

It's been a minute but the Sarcastic disco mix that Harvey procured back in the day is one of the most memorable. At the time it was mindblowing, a real work of art. And to think he was just one of the boys…

End on; there's times that call for things that you don't always want to do, those times are usually in transition. By the end, you should be owning it.

Don't you mean lost? 🙂 We were in Zurich recently and did an amazing gig with Lexx at his shop. Came home with a great dub.

That one by Yoko. (It's probably not the one below but we couldn't resist – Ed.)

Upcoming in the world of Woolfy Vs Projections?

In the news : Orgone's just dropped a new album, Permanent Vacation's got some fresh new cuts out. The Monophonics are days away from dropping their new one. We also have a new Woolfy album on the way. Lots of fun stuff.

Stations is out now via Permanent Vacation.