Sheffield-born DJ and promoter Judith has always stuck to her guns when it comes to her musical tastes. Growing up listening to early goth, she then went on to work in LP Records which introduced her to the sounds of Cabaret Voltaire and Heaven 17, pushing her to dig further into that era and explore minimal synth and early electronics.

After moving to London, under the moniker Proteus she began putting on parties at Power Lunches in Dalston before moving to her regular haunt, South London basement Rye Wax. Dubbed as "a night dedicated to music for the disenfranchised", these parties became a staple at the venue, allowing her to hone in on the dark delights that continue to influence her as a DJ today; sounds like coldwave, EBM, techno and industrial.

For this week's Wednesday Alternative mix, she changes pace to mirror our current state of isolation, moving slowly through early electronics, musique concrete, industrial and experimental...

I’m Judith, I DJ and make music as Proteus. I’m in my room, in my tower flat in London. I’m not sure…

No, but here's a picture of the sunset from my balcony. 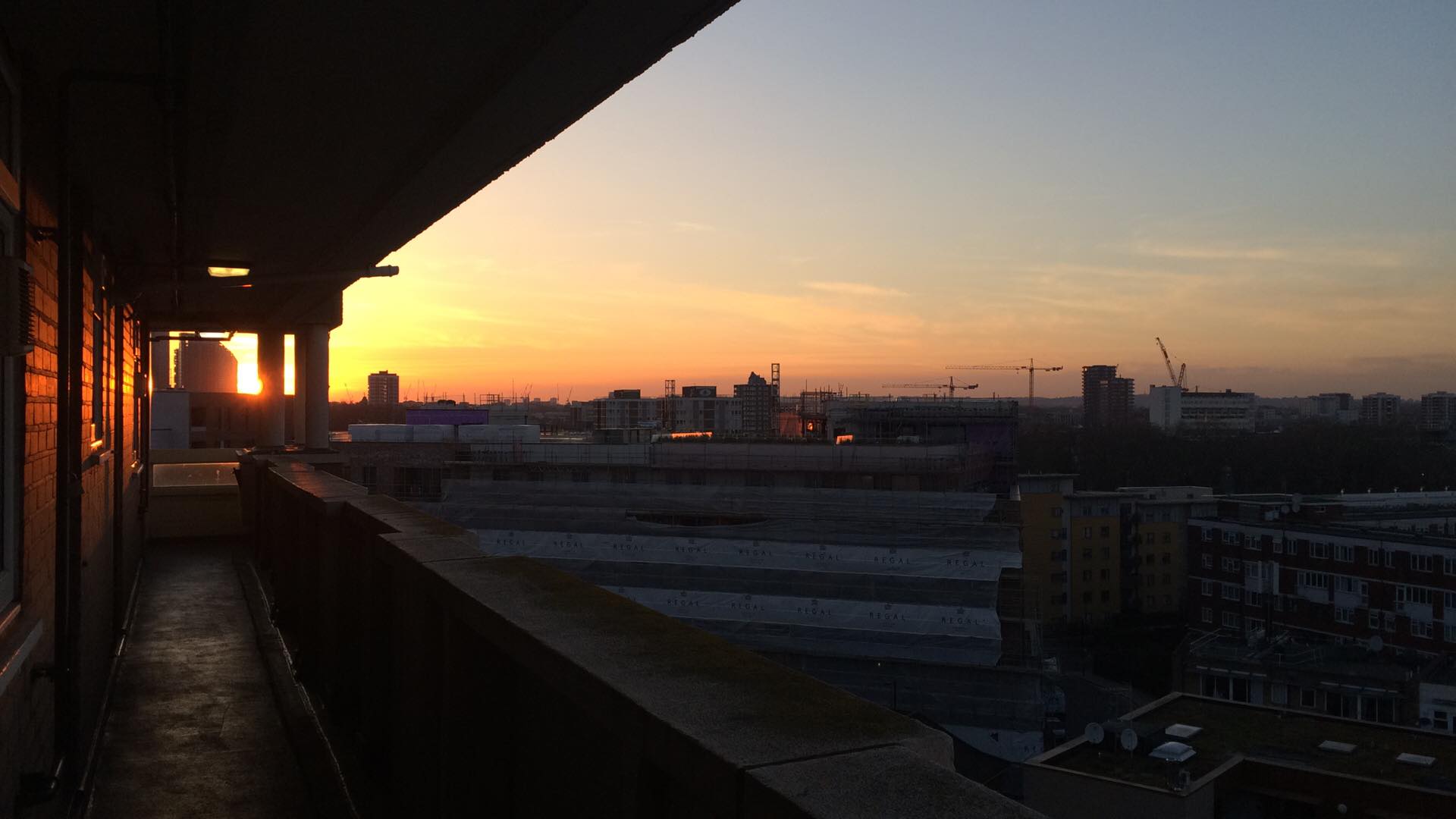 In my small room. My decks face a big window. It’s high up and I can see window lights, cranes, construction, changing London. It’s a bit too quiet, but it’s also peaceful.

Hmmm. A boat would be nice. Now that time has stopped it would be good to be in a body of water, looking at the sky.

Whatever you feel comfortable in.

I like so many different modes of music, but I do adore that sweat dripping intensity of harsh dark industrial club hours. Maybe locked away at Hotbox, too many hours awake leading to cut throat changes and decision making. It’s my favourite symbiotic state, dancing hard and totally locked in. I’m always too flustered to remember to record though!

Pioneer 350s, I’ve been playing for 10 years but only had my own decks for a 2 and half I think..? I’m pretty no frills, also I’m keen to get back into mixing with records so the less tech heavy the better for me.

Both. An introduction to lead into your experience of a mix, and the last track to cement it.

The last was some prime daft and bombastic German synthpop, Propaganda - A Secret Wish. The first might have been Siouxsie? Tinderbox I think.

Dead Eyes Opened by Severed Heads… I fucking love it, but it always feels like an interruption. Which I like I think.

Upcoming in the world of Proteus…

I’ve had my schedule wiped, but it’s ok. There’s more important things to worry about for now. Making mixes, making music, making art, and staying sane for the next few months.

This mix is a rare soft edged moment. The world has radically shifted over the last few weeks, and now we’re in quarantine - the days blur into each other. It feels like I haven’t stopped for years, and now there’s pause for thought. Borders have been erected between us, but also equalised. The ones I love who are far away, are as close to me as those one trip too dangerous across the city. The music here is hopefully my warm embraces to them.