This one is a little bit special – Orlando Voorn remains one of the most significant producers and dj’s of a generation having released a sprawling catalogue of material across almost thirty years. In the 90’s his focus was placed on techno and purpose built club tracks, this is perhaps what he is best known for. However, in between this there have been explorations into IDM, House and beyond with endless monikers fulfilling his creative aspirations. The Living Room, Format, Fix, Baruka and The Nighttripper are but to name a very few.

Orlando Voorn played a pivotal role in the emergence of Detroit techno in Holland – he pioneered a sound which evolved in the underground communities of the US and helped bring it to life overseas. Collaborations with the likes of Blake Baxter and Juan Atkins cemented this further.

In the present he remains an unsung hero of the underground, still furiously releasing music at a relentless pace. His latest outing is on Kompakt and showcases his longstanding relationship with old school electro and Detroit techno in fine form.

We invited him to record a mix for the site, it’s blistering and fast paced straight from the off – you have been warned.

My name is : Orlando Voorn

Paco Di Banco. I still think house music today is a little bit boring. I’m in Georgia USA and I produce various recordings and put them out. I am known for my Detroit connection and am part of the first wave of Detroit Techno. I made several classic tracks including ‘Game One’ which was produced by myself & Juan Atkins – the creator of Detroit Techno. Had records and remixes out on Labels Like UR, METROPLEX, KMS and Fragile. In 2021 i’m more productive then ever. 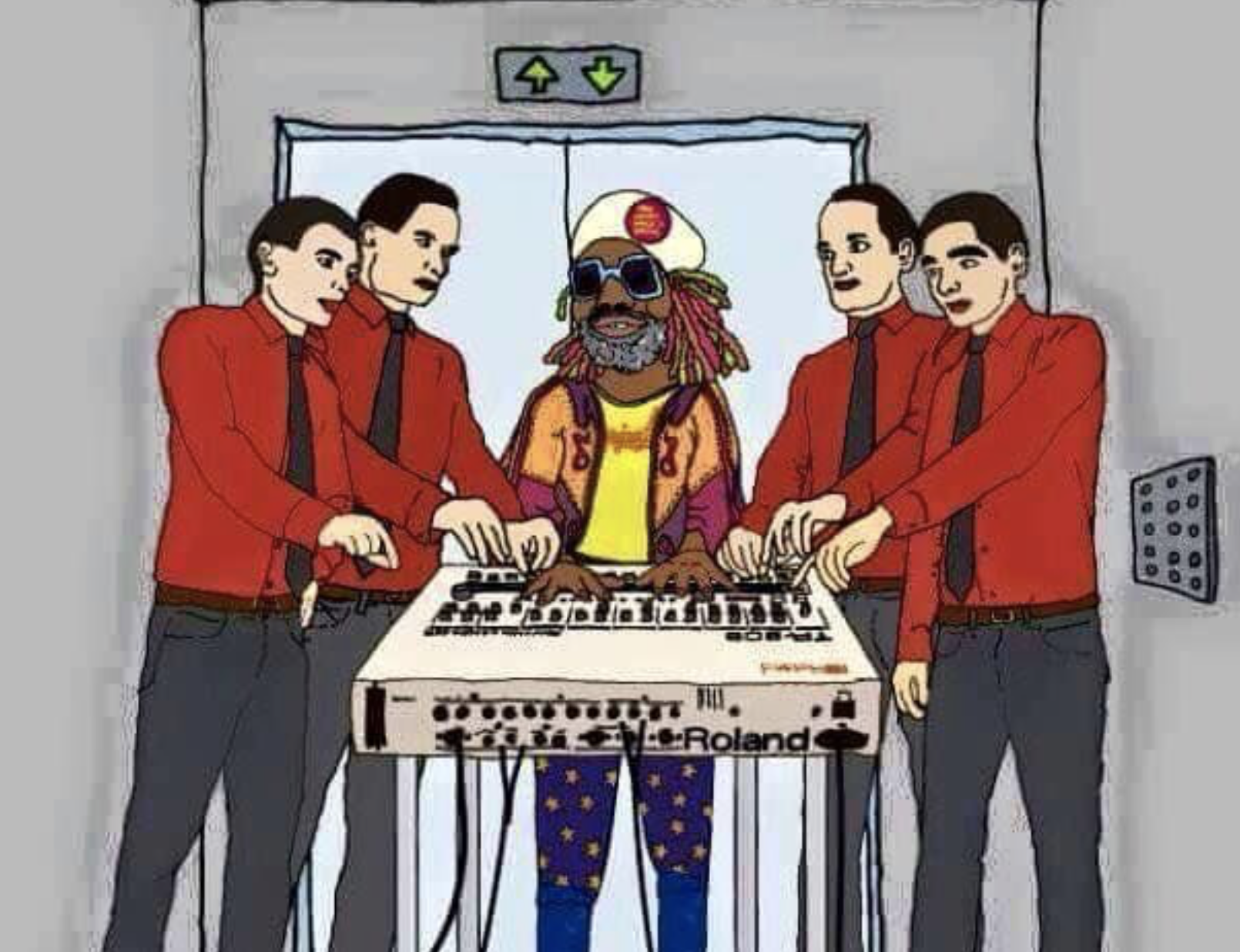 When was the mix recorded?

Couple of days ago.

A big sound system in a Club but since we in the midst of a pandemic The Living Room is the alternative.

Depends on what your motivation is but if you gonna dance to it I suggest you put on something lightweight or get naked so you can sweat your ass off.

Location: In Heaven doing back to backʼs with my friends that left earth to soon.
System: Space
Format : 3 Gold Technics 1200mk 5 _2 CDJ Pioneers (the heavenly version) And rotary mixer with crossfader.

Whatʼs your favourite recorded mix of all time?

For me it was the DMC World championship set in 1986 when most of yaʼll were still wearing pampers – I was quick mixing (in tune) and scratching.

A back to back would be interesting with Jeff Mills as he also is very freestyle when Dj’ing. I would also like to see 2 setups where you can keep every rotating simultaneously. Who knows it might be something that can be done in the near future. Axis will be putting out a 4 tracker soon called the ‘Star Travel’ EP.

First DJ Set was 1200mk2 Technics and a big looking mixer with transform buttons on it. I don’t quite remember the brand but after some long nagging my Dad bought me the turntables. Now I have 2 Audio Technics & a Numark Mixer.

The entire set is important not just the start or ending. It has to keep your attention throughout the entire thing.

First records? Hmmm thatʼs a tough one, I started buying import from USA at the age of 13. Most likely my first records were from the (symphonic ) rock area – Van Halen, Rush, Motorhead, Saxon.

I was into Heavy metal and symphonic rock early on and also played the drums. I would study Neil Part from Rush and master the double bass drum kick theory and mathematical drum patterns. This was a very important area in my upbringing with music. I could not read a note but my drum teacher thought it was not necessary in my case as I picked up fast what he was teaching me just by looking. Later on I played in Jazz combo. The overall thing with me is I grew up on several styles of music and liked several things. Music should be not about the same thing over and over – then it gets boring.

If there is it is one of Autechtreʼs tracks but not that I know of.

Upcoming in the world of… Anything else we need to discuss?

And we are just starting the second month of 2021….