Now, NIKS is a name that you might already be familiar with, and, quite frankly, if you aren't, we're not really sure where you've been over the last year (well, hopefully your house)...

The South-East London-based DJ and radio host is one of the minds behind Black Bandcamp, a platform founded last year as a space to showcase, promote and support Black artists across the world. What began as a crowd-sourced spreadsheet quickly snowballed into a unified website and a global initiative which is continuing to grow and develop as we type.

But beyond NIKS' incredible work behind the scenes, she's also been causing quite the stir behind the decks too. Inspired by deeper, rhythmic strains of electronic music; sounds with percussive and melodic hooks, her sets and mixes —which have most recently come via Discwoman and Lobster Theremin— explore sounds that transcend the body and the mind, moving beyond thoughts and feelings.

On top of cooking up lots of new, exciting plans for Black Bandcamp, which will be shared very soon, there's plenty coming up in the world of NIKS too, starting right now with her 'Ransom Note' mix... Get your loose clothing at the ready — this is one for the dance.

Please introduce yourself… Who are you, where are you and what are you...

Hey, my name is Nakeitha - more frequently known as NIKS. I'm currently sitting in my recently renovated home in south-east London, with the sun and natural light pouring through my window and my cat Skye sat beside me. Of all things, I'm first and foremost a social creature, exploring, experiencing and moving through life on earth.

Whilst I don't produce, through my radio shows and mixes, I convey (hopefully) the array of sounds and music I like. The image I've used to illustrate just that, is of a laser cat with sunglasses on in space with variations of different colours. Any sort of music with a mesmeric sound hooks me in (and is hopefully reflected in the trance-like state of the cat). Percussive and rhythmic to keep the groove going and to build up the vibe (hopefully the explosion of colours overlapping to the left reflect just that). Sounds that quite literally transcend your thoughts and feelings out of this world. 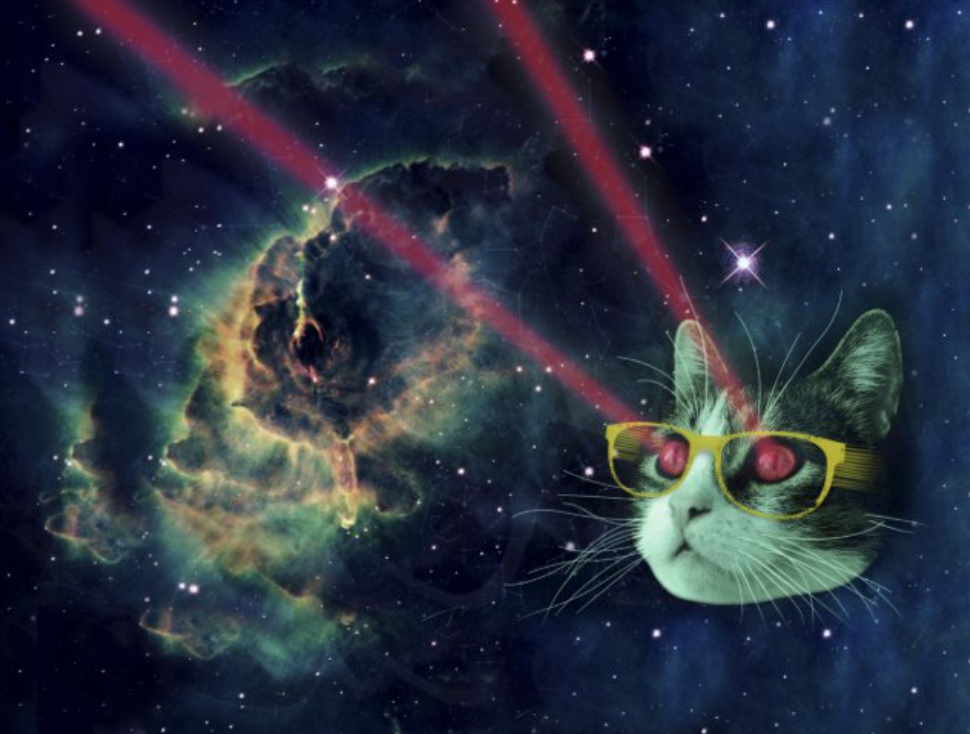 At home, in my back music/studio room with my cat Skye and partner as my audience.

Over the course of the mix, you're taken on a journey as it picks up and moves through different sounds.

The first half, an open air club in the middle of the day with the sun shining (your garden, park or balcony will do - just as long as there's still enough natural light and it's pumping through a solid clear pair of speakers).

The second half of the mix would be as it's getting darker into the night (still in an open air warm setting, but it's now night time). Your front room/lounge will do - as long as it's now somewhat darker.

Ideally light fluid clothing (nothing too heavy in fabric), you need to feel free and be able to move.

Ooo, this is a great question. So I've always admired Brilliant Corners' custom sound system - a pair of Technics SL12010s, a Bozak rotary mixer (I've never used one before and have always wanted to) and Klipschorns speakers - at least 4 so there's 1 at each corner of a field (a beautiful green setting such as Houghton Estate), in the middle of the day, with as much of the sun's natural light beaming down on this perfect setting.

Ooo, this is a very difficult question, as each track blends and builds the overall sound of the mix so perfectly, taking in the exact and unplanned direction that it needed to go in. There are probably 3 stand out tracks for me, which really took me away when listening back to this mix (perhaps relative to its position in the mix - I feel even more so that these tracks draw me back to them so much). A

bel Ray's 'Last Exit to Transkei' which is forthcoming on PRAH recordings is 10 minutes of absolute percussive bliss, it gives the mix that nostalgic "it's transitioning to night time" feel. 'Machine Dream' by Thrills +41 out on Carista's 'United Identities' has a real bouncy bass to it that keeps the mix moving along and picks up the final quarter of the overall journey.

Both Paradox tracks 'Octa4' and 'Proceed' released on Sneaker Social Club are just, wow, The mesmeric vocals in 'Proceed' should take you to where  the laser cat in out of space is, and the vocals in Octa4 are the exact dub sounds I love to hear. Forthcoming track '14B1' by Italo Johnson is the perfect techno track and sound to feed the soul, not too heavy but has constant rhythm to keep you going. Even the percussive sounds and vocals of Nicola Cruz' 'Barreto' from Rhythm Section is just wow! There's a real good mix of tracks in the mix.

Ooo, this is very hard, as it's super subjective to who I am - how am I feeling at that time? What sound is speaking to the most at that time? What space am I in? What emotions are most prominent to me at the time? There was a period from January to March of 2020 where I really enjoyed the phase of music, artists and labels I was digging at that time, and always find myself drawn back to the scene noise mix (electronic music publication platform covering North Africa) I did whilst living in Egypt at the time. My three noods radio shows (Jan, Feb, Mar 2020) are also a great reminder of the sounds I was particularly in love with at the time, and this comes across in the fluidity of each show.

Ah, this is an easy one for me - Kerri Chandler. Through my dad, Mr Chandler was my route into this industry and my love for this music - growing up in a household with a father who was always playing Madhouse Records records and into that initial 90s New York house sound. Funnily enough, this almost happened but I chickened out, Ibiza October 2015 after DC10's closing party, we all went back to Kerri Chandler's villa for an after party, and he invited me to play b2b with him, I was so nervous and turned down the offer - which I slightly regret now, but hey ho, it may happen one day!

So weirdly enough, my dad and older brother had a pair of technics so I was always playing (not mixing) records on turntables. Then as a teenager I was gifted a pair of controllers which I used with virtual DJ then reverted back to a pair of SL 1200 technics, a pair of pioneer CDJs and a 4 channel numark pro mixer (which is my current set up) plus a 3 channel PMC vestax sampler and mixer, which I found in our cellar - I didn't realise I was sitting on this piece of gold that my dad purchased in Japan in the early 90s. I'm yet to properly invest and properly utilise this yet - in time.

Hmm, again this is a super subjective question, depending on the setting, is this a live DJ set, or mix? Where am I? Naturally I'm drawn towards the track I end on, because that track wraps up the emotions and feelings you were taken on throughout the journey of that set or mix - it's the final reminder you have of that specific time/space/place.

The last record I bought (which actually arrived this morning) is a recent release on Shall Not Fade 'Time Is Now Allstars Vol.2' on 12 inch. A lot of proper sick garage sounds on this release, I'm looking forward to playing this out in the summer. My first records were from a trip down to Flashback Records in East London many moons ago, and as predicted Kerri Chandler's 'Finger Printz' EP released on his Madhouse Recordings label and Moodymann's 'Inspirations From a Small Black Church on the East Side of Detroit' album. This record has one of my favourite B-side tracks 'I Like To Know', and is a great reminder of where it's all rooted.

It would be a chocolate or strawberry bon bon, quite literally because as you chew the flavoursome, soft outer layers of a bon bon, you get gradually closer to the core - which is harder - but is ultimately the reason why you eat a bon bon, to crack the core and chew - this is the exact journey that this mix takes you on.

A wild cat. In their infancy they're the cutest furriest balls of cuteness, but as they grow they turn into fierce wild creatures of the earth.

Kristallo by Kraftwerk, it's not that it's impossible to mix into or out of, but there's so much going on throughout the track at different tempos - particularly at the end. It's a super fun track though and I love it - maybe I'll give it a go soon!

Upcoming in the world of NIKS...

Woah, alot! Actually, the fact that we've had to push the date back of this mix and interview twice depicts that. First and foremost, a lot of new and excitings changes at Black Bandcamp (which is why I've been offline much more recently and gone into hiding) - I won't say too much, keep your eyes peeled. With the roadmap dates announcements, I'll also be back to playing some gigs and festivals over the summer which is fun and exciting! There's a lot that's going to be happening in the worlds of NIKS, and I can't wait for everyone to see!