Running a record label is no simple feat, it requires dedication, investment and commitment. Many have tried and failed whilst others simply dream of the notion.

Multiplex is a label which has been in operation for twenty five years, a remarkable achievement for what began as a passion project in Denmark all those years ago. Founded in 1995 the label went on a hiatus of sorts and was then reborn in 2017 following an absence, it has been responsible for the release of music by the likes of Orlando Voorn, Morgan Geist and John Tejada.

An imprint reborn yet still very much clinging on to the underground sensibilities which launched and birthed the label in its own right. It is a true testament to the commitment and perseverance of Kong and Daniel Kaarill.

The mix was recorded in 97 by Kong, a rare treat which showcases the sound of the label in full. Listen and read the interview with Steen Kong below: 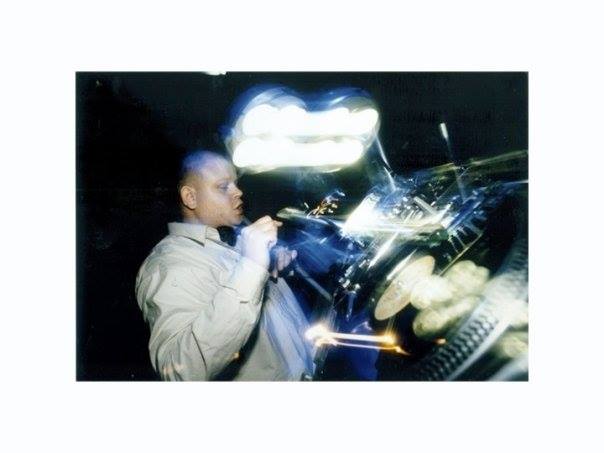 So, back in the days, what was the original inspiration behind the launch of the record label?

It was a time of DIY – At that time we were constantly on new ground and it just seemed right to have complete control over our own productions, and in the beginning it was just an outlet for our own tunes. Cai Bojsen-Møller and I produced the first releases as “Goto”. Later it made good sense to start releasing other people’s music as well. In that way, we gained greater impact and built a larger and inspiring network. We started with local talent such as Artificial Funk, later to be known as top international DJ Kölsch. Slowly the opportunities to work with international artists opened up as well. With our involvement in “Get Lost” at Louisiana Museum of Modern Art, we got the opportunity to work with people like Baby Ford, Mark Broom, Dan Curtin, Stasis, Sterac, Orlando Voorn, among others. That increased the awareness of the label and our reputation. So, from Multiplex being our own little playground, our mission soon became to release contemporary electronic music both for listening and for the floor. We wanted to establish a respected record label which reflected the sound we believed in.

Growing up, can you describe your early experiences in dance and electronic music? The parties, the late nights, the friends?

I’ve been collecting music since I was a kid and have always been fascinated by the black wax. Been doing disco, electro and new wave stuff since 1984 – and when techno and house music hit me in 87 there was no way back! The Summer of Love changed my life. Back in those days it was quite rustic at raves. Auto-shops, abandoned warehouses and other places outside of the city center. It was a fun and wild time – we made new rules while partying as there was no day tomorrow!

Back in 1988 a backpacking adventure took me to Koh Phagan in Thailand. I had brought some mixed cassettes with my favorite tracks along. I met some dope people from the legendary British “Shoom” club, who were as well on a prolonged Summer of Love. They also brought mixes from home, so we swapped tapes, became friendly, and actually arranged some of the first, now legendary, full moon parties on the island.

A lot of the friends from that time I consider my family today, unfortunately not everyone are still around. But the music, the memories will always live and I pledged a lifetime of allegiance to the rave culture.

What was the goal and vision of the label and did you ever plan for longevity as such?

We didn’t plan for longevity. To be honest, I didn’t think our releases would be attractive 25 years later, but I was proven wrong when we started selling our old warehouse stock and it went like hot cakes. When we started up again – we did it with a lot of the original 90s releases, which had been sitting in storage for 20 years, but we made a conscious effort to only sell to shops with a physical location and who promised they wouldn’t put them on Discogs at crazy prices. We wanted them out there for the diggers. As long as it is created with love and passion music will stand the test of time.

Of which release are you most proud?

Have never released anything I’m not proud of, so it will be difficult to name one. But have to mention one of my own first productions along with Cai, as Goto. The “Spin” track is a minimal classic that still sounds fresh and vibrant to this day and kick started it all. Besides that, I also want to highlight Mark Broom’s remix of Morgan Geist’s “Push”. It’s a killer and still moves the floors.

Is there anything that you would or should have done differently in hindsight?

What was the reason for the time out and then respective relaunch?

After 20 years in the music bizz, I needed a change. I didn’t want to be the grumpy old man standing in the corner and telling everybody that it was better in the old days 🙂 So I took a break, but picked up DJing again after a few years and got some kind of “renaissance” – and when I found out how interested the younger guys were in the old productions and that what we had created in the 90s had become a trademark – it was natural to kick off the old label again.

So I teamed up with Daniel Kaarill. Without him it would never have happened. He takes care of the daily operations, as well as the visual side of it and is also gifted with some good ears. He came onto the scene in the late 90s and just missed the Multiplex boat the first time around, but Copenhagen’s a small place so we eventually connected.

It’s been a pleasure to be back in the game. I missed all the creative processes involved –coming up with concepts, getting (back) in touch with the artists, picking tracks, mastering and presenting something fresh.

What are you looking to achieve with the relaunch and what drives the musical inspiration of the present?

When we started up the label again, we really wanted to strike a balance between doing something new, but having it reflect the past – science fiction but a bit retro. We both still play strictly vinyl and even the pictures we use are shot on film, so we clearly prefer the analog 🙂 It would have probably been easy to just start repressing stuff, but neither of us wanted that.

We’re always looking for sounds and rhythms that move us. One of our goals is to create a connection between the past and the present, to create a way into the future. Getting our “old” artists to remix new talents – such as Titonton Duvanté remixing pH-1. When we told pH-1 that we were getting Titonton to do that remix he was flabbergasted. I find it interesting, getting producers to work together and challenge each other and their sounds. Which is the concept of “Obey The Night”. To pit two producers against one another, each delivering an original track as well as a remix of the others work.

Describe the rationality behind the selection process for this mix, in which ways are these tracks special to you as a label?

Back in 1997, we were doing this Multiplex compilation called “Past – Presents + Future”. We wanted to make it a double CD release – one disc showcasing the electronic listening tracks and the other the presenting the more club oriented stuff – a mix for the floor with only our own tracks. I recorded it at a Copenhagen venue called Vega, and it was released that year… We had a massive release party for it as well. It made sense to us to pull out that mix to celebrate the 25 years, even though there’s obviously none of the new stuff in there – it’s still a really good representation of Multiplex.