We’re always on the look out for artists who inject a hefty dose of positivity into their output, especially this year. It’s something we’re all in need of.

Cue Vienna-based DJ, producer and label boss Jorkes, who radiates good vibes from his very pores. As co-founder of Freeride Millenium, since its launch in 2016 he’s had a hand in curating a healthy catalogue that features instalments from Delicate Features, Oberst & Buchner as well as several records from himself. As a DJ he holds down two residencies — one for Stuttgart’s Romantica parties and the other for Radio80000 alongside fellow DJ and partner Daniel Rajcsanyi.

As well as giving us the lowdown on Spank the dog, upcoming releases and his former life as DJ Rugrats, he delivers a mix of smile-inducing disco and house cuts. Happy hump day everyone!

Hi, this is Jorkes. Just another human being on planet earth trying to make time worthwhile. Smile.

This is Spank (in German: Kurt). Spank is a dog who’s owner got missing on the high sea. Spank loves life and laughing. He sits every day at the pier and waits for his owner. One day he meets Aiko (in the German series: Anna) and they stay together forever and have funny adventures. They both were hit hard by life but nevertheless become BFF and Spank always keeps a positive mood and is always there for Aiko. My friend Lexi tattoed Spank on her couch on me. I always try to remind myself of that joyous feeling Spank is carrying and trying to make it sound like that. Funny side fact: Two years ago we found a stray puppy in the mountains of North Greece and took him home with us to Vienna and he looks and feels a lot like Spank. His name is Victor. 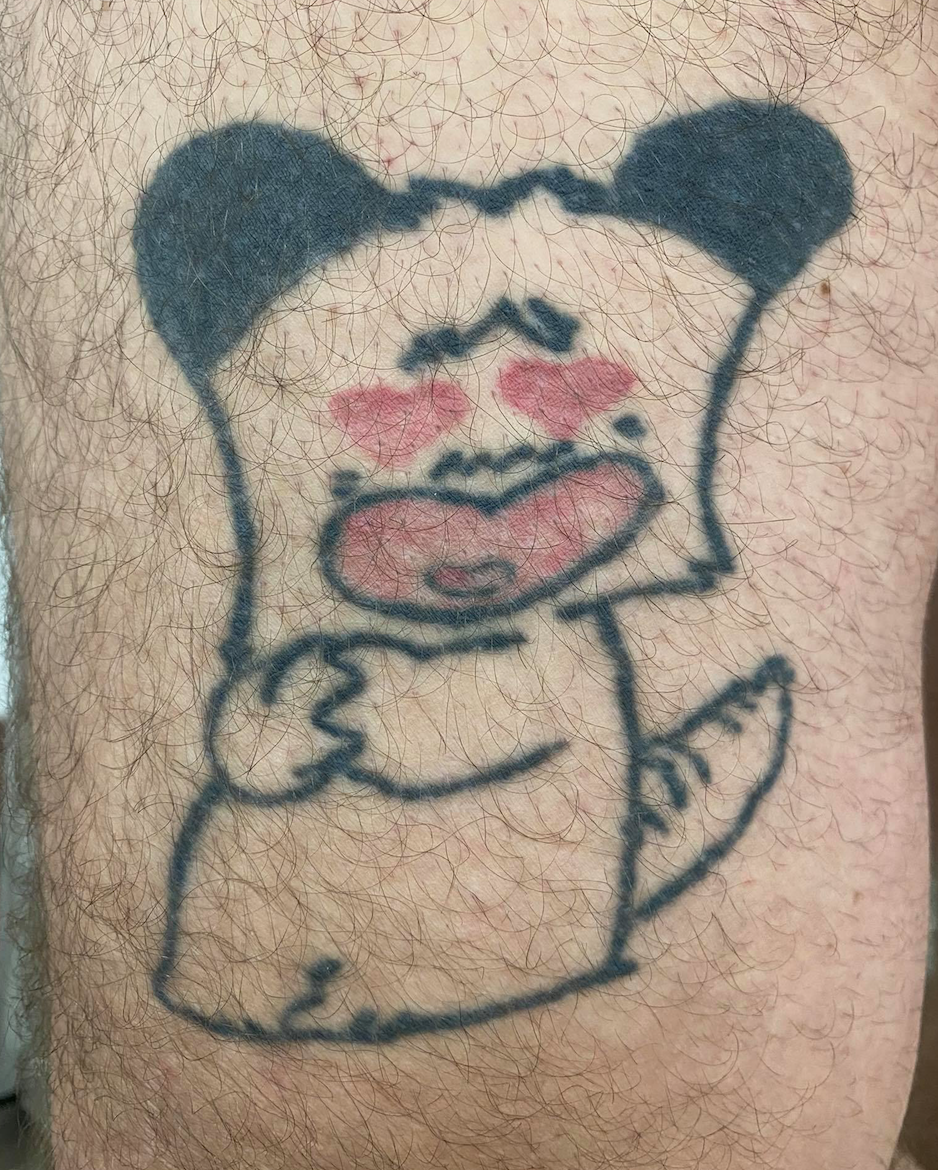 Ultimately at home, while the progress was constructed in my fantasy in train rides, bicycle tours, in the bath tub, wandering isolated in the woods with Daniel and Victor, on the floor watching stars and sailing away.

What would be the ideal setting to listen to the mix? What should we be wearing?

When you have a moment of reflection and are ready to empower the fellow citizens around you. Maybe wear something light, as it is warm and sunny and your body can absorb that avalanche of sunrays.

Close to the ocean. I resonate a lot with the blue, the sand and the waves. It is pure tranquility.

There is no particular as each one is important to bring you through the journey.

The first was a purple cassette tape with a mic on it, where I recorded and mixed everything Michael Jackson, Prince, George Michael and Madonna on the radio and commented on it. At that time I was DJ Rugrats. Now it’s a very mature Technics 1200s, Allen & Heath 23C and XDJ700 setup.

Hmmmm, tough one. In a recorded DJ set for home listening, probably the first song to set the mood a bit. In a club setting maybe the last one as the people go home with the emotional setting of the last song.

First was Michael Jackson’s Off The Wall where my father took me to a huge music store called Lerche in Stuttgart downtown to get my first CD ever. The last was Jackmate Werk 12“ on Accidental Records and the Elliott Smith Expanded 25th Anniversary vinyl.

Strawberries with mango sorbet and white chocolate on top.

The mood is too unique.

There is an EP coming on November 26th called Wet Dreams with remixes by Zombies In Miami and Benjamin Fröhlich. And also a song lined up for Curses’ OMBRA Intl. with my dear friend Nikkname, who is also joining Paris Böhm & me in our Radio80000 residency for the next year. Together with Daniel we can’t wait to show you what’s coming on Freeride Millenium in 2021. With my dear friend Lisa Jäger we will also curate a series called IMPACT at the WAF gallery in Vienna that discusses and highlights the impact of electronic music into mainstream culture.

Take care of each other, listen and talk face to face. Let love rule.