Dreamy sounds for the great beyond.

Dreamy sounds for the great beyond.

Born and raised amidst the outback of the Italian Alps there was little structure to the musical education of Indian Wells. Much of his own taste emerged through personal exploration and through the inspiration of the scenic yet sometimes unforgiving environment which encompassed his world around him. However, whilst some might abide to live a life amidst the remote and lonely mountains Pietro used such circumstances to his advantage, using them as an enchanting backdrop to his own musical prosperity. Years later he has now established himself as a forward thinking musician with a back catalogue behind him of which many will be envious. He has released music most prominently on the Italian record label Bad Panda but has also appeared on the likes of Friends Of Friends.

We invited him to contribute to our Monday mix series and he did so in fine style selecting music by the likes of Visible Cloaks, Yves Tumor, Bibio, Malibu and more.

Please introduce yourself… Who are you, where are you and what are you? What does your music sound like? Can you draw what you think it sounds like for us (an image from the old internet is acceptable)?

I'm Pietro Iannuzzi, i live in the south of Italy, Calabria. I'm a mountaineer and also a musician. 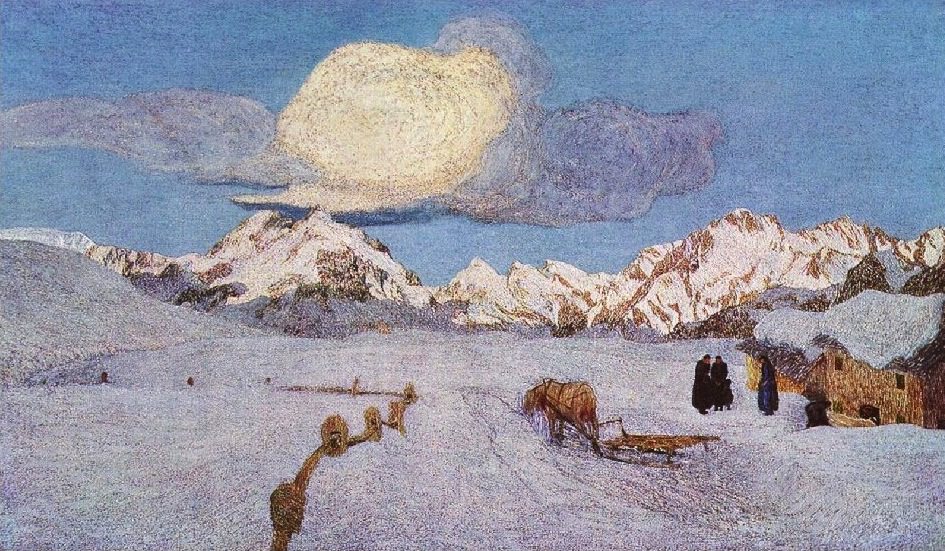 This mix was recorded in my little studio, at home.

On the sofa, with a good wine and a book.

Among the trees, on cassette.

Phantom Brickworks by Bibio, i also love the album, is one of my 2017 favorite album.

The first was "L'imboscata" by italian song writer Franco Battiato. The last one was "Phantom Brickworks" by Bibio.

A soup, it takes time to cook but it's good for your health.

Levi Love: The 'Shine A Light On' Mix