Dj Spen grew up in Baltimore, watching on with keen interest he observed the origins of house, the pioneers and the sounds.

Dj Spen grew up in Baltimore, watching on with keen interest he observed the origins of house, the pioneers and the sounds.

The roots of house music stem from Chicago, whilst some may argue and contest such a statement it's hard to deny the influence that the city has upon the genre, even some forty odd years later. New York also has a place in the heart of house, a city born upon breaks and disco culture before being re-imagined by the likes of Larry Levan who interacted and with music by the likes of Frankie Knuckles, Jesse Saunders, Ron Hardy and Larry Heard.

Dj Spen grew up in Baltimore, watching on with keen interest he observed the lineage between the cities, the pioneers and the sounds. In the eighties he was a hip hop dj, appearing regularly on the radio. It was only later that he would evolve his sound and begin to piece together his own musical narrative which lead to him being more prolifically involved in house music.

Over the years he has released music most prominently via Basement Boys Records and Black Vinyl Records. It is at this point in his career in which we focus, a time when house music was alive, evolutionary and perhaps its most dynamic.

We invited Dj Spen to record a mix, an ode to the sound of Chicago upon which he was raised and hasn't left since. 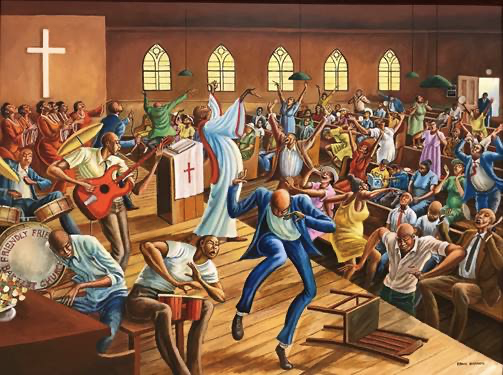 In my home which is where I am doing all my work these days.

Well if times were different I would say a nightclub on a really good system so you can hear all the sound elements. But since there aren’t any nightclubs open at the present moment, I’ll say grab a really nice speaker and a couple friends and play this at a small gathering.

Something comfortable – you will dance!

My dream would be Spacelab Yellow nightclub in Tokyo.  That sound system was amazing and the people were so receptive. So sad that place is gone.

“Devotion” it’s an updated version of a classic with the live strings and Byron Stingily vocals – it was just an honor to work on this.

I would have to say Carl Cox because his energy level is sickening. I would love to go B2B just to see if I could match his energy and create the amazing floor experience I have seen him create.  Second to that would be Kerri Chandler.

Working with him is really amazing. We have not gone back to back but I have done some work with him on stage. He is a tech wizard, musician, producer and DJ all rolled into one and he really creates something amazing during his DJ sets.

My first set up was a Pioneer PL4 turntable, a very small Numark mixer and a cassette boom box. My set up is 4 CDJs 2000s and a Pioneer 900 mixer

I know it sounds like I am taking the easy way out but I really believe they are equally important.  How upsetting is it to be on the dancefloor and the DJ starts out with a beautiful track but then leaves you disappointed at the end? You want to end with people wanting more rather than thinking “so glad he’s finished”. On the other hand, you have to start out strong and win over your audience.  A DJ set or a mix should be an experience for the crowd/listener and that experience should be enjoyable start to finish.

It’s like a colorful salad, the kind with fruit and a bunch of ingredients tossed in. You have raw elements, sweet, slightly bitter, and maybe even a bit of spice. But it all blends well together.

That is a really good question. Maybe a lion. Lions can be really tame and chill but we also know they are very powerful and can get wild.

I am working on an album that I hope will be done by the end of the year and that will likely be followed shortly by a second album for the first part of next year.  Of course, my label Quantize Recordings is really pushing to continue at least 2 releases every week.

Unpredictable and uplifting sounds from The Smartbar resident and Femme Culture producer.

Members of Trashmouth Records, Fat White Family & Paranoid London join together for several rework and edit volumes. Listen to the first in full...

Black Cadmium: The 'Shine A Light On' Mix

Squelchy acid, electro and techno from the Naïve and Vault Wax producers.

Raunchy Italo, driving synths and hypnotic acid from one of the leading voices in East London's queer scene.

A Psychic Yes is a producer with whom some will be familiar and others not - with releases on the likes of Tech Startup, Kalahari Oyster Cult and Schloss his sound is uniquely individual.

Paurro: The 'Shine A Light On' Mix

Paulina Rodriguez represents some of the most intelligent, cutting edge dance and electronic music to emerge from Mexico and her carefully orchestrated sets span a breadth of styles and sound which touch upon music native to the country and sounds from far beyond.