We've got the great honour of having Metro Area's Darshan Jesrani present us with this week's Monday Is OK mixtape who takes us down paths less travelled to ease us into this rather grey beginning to the week and bring some much needed sunshine into our lives.

Darshan's new Cylinder moniker – imagined as a sharp contrast and complement to Funn City's trashy vintage vibes – sets out to "explore the more streamlined, forward-facing side of his Startree label vision" whilst sacrificing none of the warmth or funk of its classic influences.

Let's get this mix on first then get into how he feels about Mondays… and lots of other things too.

Just a series of unusually-pretty jams strung together in an arc which hopefully leads you somewhere.

Probably somewhere quiet in the beginning, but you can listen to it wherever as it gets going.  Bedroom, living room, engine room, dark room, panic room.

Footie pajamas with a buttoned flap at the bum, you know, just in case. Just in case of what, I'm not sure.

At my studio in Brooklyn with two turntables, a DJ mixer and my mixing console and computer.

Nah, I like Mondays – I enjoy my work. Sometimes I see weekends as an unwelcome pause in the progress of things. Is that nuts? I like a good break every now and then but yeah, Monday is definitely OK.

I don't know, to tell you the truth.  A lot of people and things played a part, but if I had to name someone specifically it might be Mrs. Jankowsky, my 4th grade elementary school teacher, who brought an original Casablanca 12" of Giorgio Moroder's "The Chase" to class one day and then let me borrow it for weeks because I was so into it.

What were your original aspirations as a producer and how do you think you're shaping up?

I never had any aspirations as a producer, only an ideal sonic and musical world where I want to live.  I guess things are going pretty well because I feel more at home with every record I make. 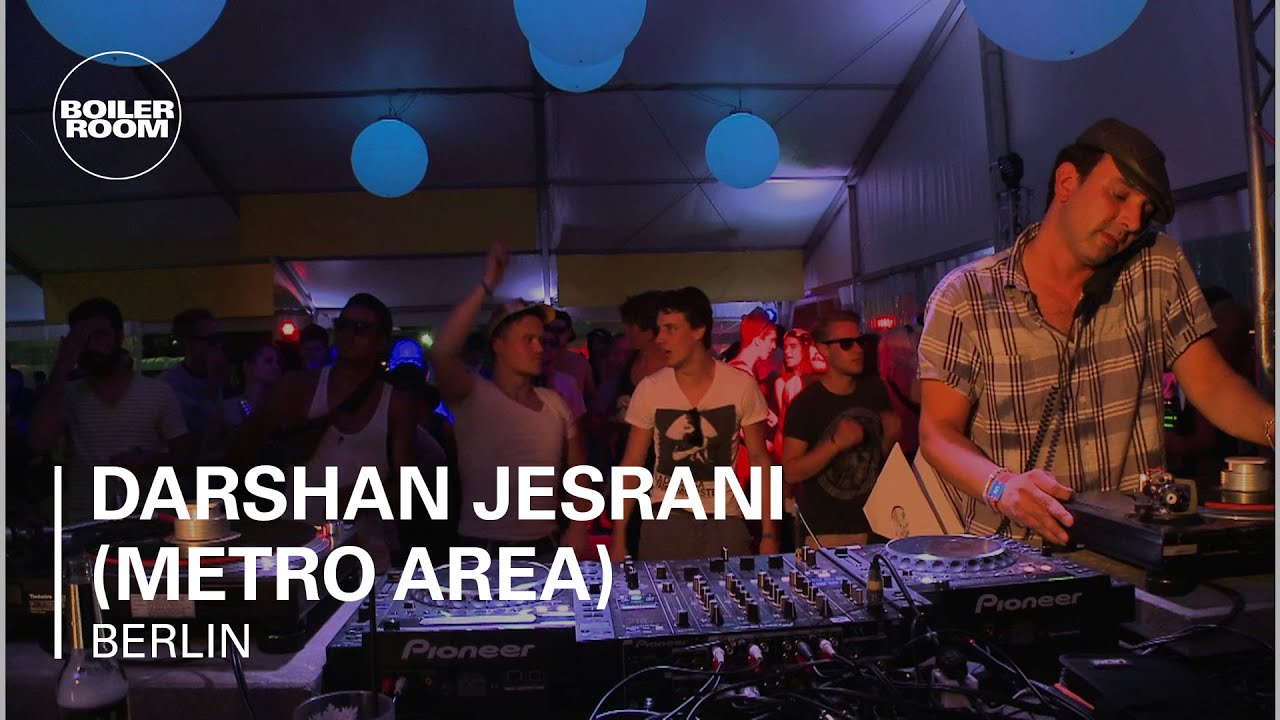 Every job has its challenges and I'll happily take these.

I'm going to a job I never dared to dream.

Depends on when you ask. Lately, no, you're getting me, literally, "for a song."

If I'm feeling small and self-pitying, I'll let it hang and let that person apologize first. I really don't like the way that feels though, so I try my best to keep in mind what I love about that person and make the first move toward reconciliation.

I dunno, John D. Rockefeller?  I don't eat much meat at all anymore, but I would – with the help of my newly-acquired archery skills (doctor's orders, see below) – make him fish and forage for me all day long. Then I'd share with him as little as I could get away with, such that he would have just enough energy to do it all again for me the next day.

Dynastic Africa, North America pre-European settlement, New York in the 1920s and early 70s, human-settled Andromeda FA34, year 2673. Just to be a part of culture functioning to the max.

Entirely electronic record? Maybe my dad's "Switched on Bach" LP. The sounds were comforting. They weren't exactly playing what I wanted to hear, but I loved their alien roundness and playfulness.

My first record was a double LP of the band Sha Na Na, which I bought at a store called Book & Record. I bought it because I saw them on TV. It was a late 70s variety show, but the band copped this 50s greaser rock and roll thing. God only knows why I was drawn to that.

I'm now learning that they began as a Columbia University a cappella group called The Kingsmen and played at Woodstock. Apparently their second lead guitarist, Vinnie Taylor, died of a drug overdose in 1974 which allowed escaped child-killer Elmer Edward Solly (what a name!) to assume his identity and perform as him (though not with the whole band, for obvious reasons) which eventually led to his capture.

The last records I bought were a few old 12"s at a new-ish store here in Brooklyn – a Began Cekic version of "Weekend" by Patrick Adams & Leroy Burgess, "Your Sweetness is my Weakness" by Barry White, some other stuff, no big deal.

Making as much music as I can, getting better at realizing my imagination.

Love and will, and perseverance, and good health.

Nope, I think that covers the waterfront.

'Disco Engine' by Cylinder (Darshan Jesrani) is out now via Startree.