Kristian Craig Robinson has been a familiar face amidst the London musical community for many years having released a sprawling back catalogue of music on the likes of XL Recordings, Planet Mu and Faith & Industry. He has long been acclaimed for his contribution to experimental electronic music and has remained a key figure amidst the local community working in various studios and under the guise of various projects. Until recently he was involved in the running of the studio operating out of the Total Refreshment Centre. Last month marked the release of a new album which he unveiled on his own label, the release was titled "Goatherder" and was a tripped out journey between abstract soundscapes and ethereal experimentalism.

We invited him to record a Monday mix for us.

My name is Kristian Craig Robinson aka Capitol K

Primitive and melodic pagan Mediterranean inspired electronic music for the twilight hours. With lots of flute. A Maltese artist Chris Binachi has been working on imagery in parallel to the music. The album cover to Goatherder was developed over many months, each element another layer of code, a new folk(ish) semeiotic game play. Much like the album it self. 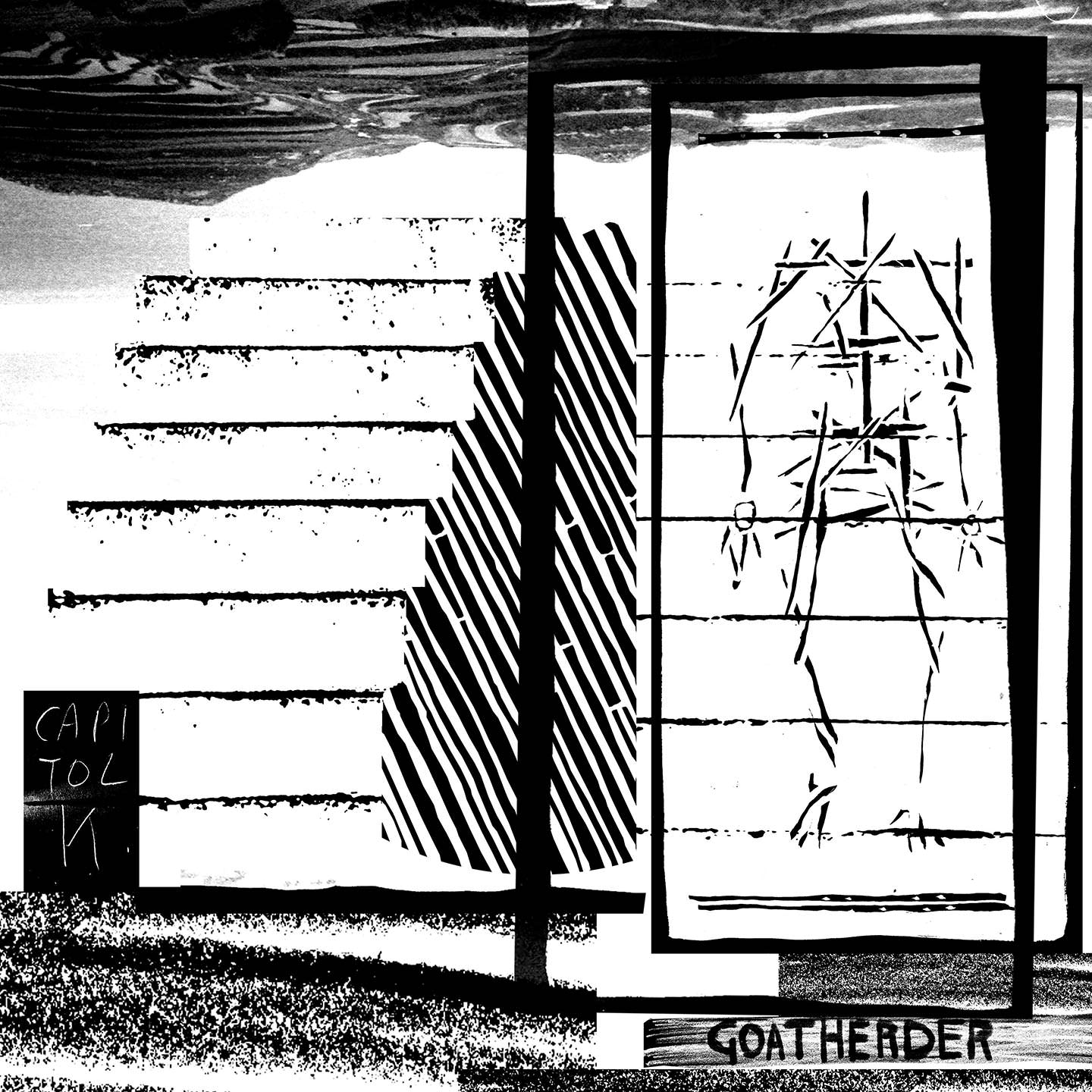 At home, in London from vinyl.

Late in the day, it’s quite a solitary mix.

No shoes, anything else goes.

My favourite DJ sets are performed at Kinemastik Short Film festival, Malta in an ancient graveyard surrounded by crumbling tombs and carob trees, a light breeze breaking the relentless summer heat. Vinyl is my preferred audio but usually I'm just on digital.

I don't have favourites, currently I find Lena Willikens has been one DJ who i’ve listen to lots, generally her more esoteric mixes for Comeme.

I still have the same set up (2x tectonics) that i’ve lugged around for the last 20 years but one decks bust and in deep storage. Now my laptop goes everywhere.

Abba and Blondie was the first and Lee Gamble – Mnestic Pressure the last.

Artichokes in the oven with potato and Fennel seeds

I’ll put anything in a mix, I'm not very kind on my audience. I’m always switching tangent.

My new album Goatherder has just come out. I’m playing a gig in a Cave in Malta on the 3rd August. Gonna build some new flutes for that. Some shows in London and Cologne in discussion for October. I’m also producing the new Flamingods album and about to go to mix on that. Also got a few new releases being mastered for the Faith And Industry label 'Champagne Dub' a new project from Betamax (The Comet Is Coming) and Ruth Goller. New Album from Blue House and just tracked a great New Wave band Dry Cleaning that are putting a Cassette tape EP out.