Black Eyes: The 'Shine A Light On' Mix

Irregular body movements from the Lost Control boss ahead of their 7th birthday...

Black Eyes: The 'Shine A Light On' Mix

Irregular body movements from the Lost Control boss ahead of their 7th birthday...

Black Eyes AKA Matthew Earnshaw is the mind behind Mancunian party Lost Control: a hive for some of the best electro, acid house and techno from the outer dimensions. Since cutting his teeth with his first student rave Micron, the DJ, NTS Radio host and producer has gained a cult following with Lost Control, which is now celebrating its seventh year of existence.

Ahead of part one of their birthday celebrations at the White Hotel with Cygnus and Reedale Rise, Black Eyes gives us a taste of what both him and the party are all about. We'll leave you with a few words penned by Matthew about the mix...

"This mix was recorded in the 5th Dimensiøn using 1 glass of wine, some parallel dimensiøn recording equipment and a mega love for all things musically that make your body move irregular. We think this mix sums up what Lost Control is about. We hope you enjoy it..."

Hi, I’m Matthew, I’m from Manchester and a producer/DJ. 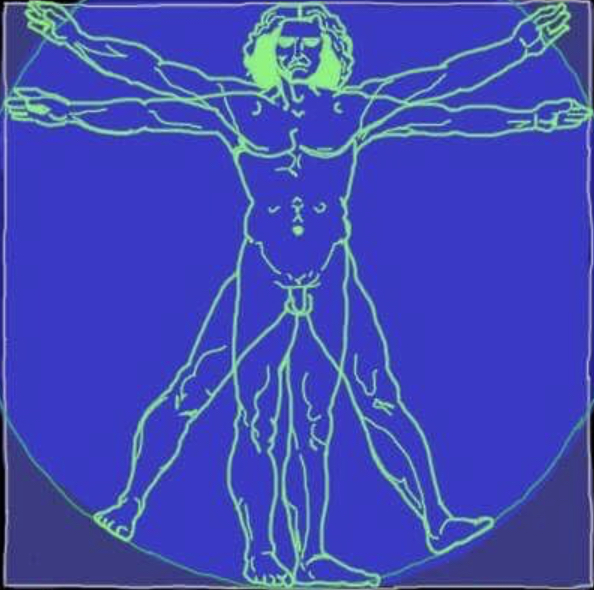 At home using 2 Technics 1200 MK2s and an Allen Heath 92 mixer recorded in Ableton. A glass of wine fuelled this too.

Getting ready to go from 5th dimensiøn to 7th dimensiøn. Or space cruising at warp speed.

Same equipment I recorded it with but on a space station circling Saturn.

Jon K - Fact Mix. It’s very clever and keeps you listening all the way through. The tracks are mega as well.

Start as it’s the first thing to attract people to listen to a mix. You can play anything at the end really.

First record was Tiga - Louder Than A Bomb (I’ve still got it). The last was a record on Luke Eargoggles label Stilleben. Can’t remember the name but it’s by Kuldaboli and it’s raw Icelandic electro.

I actually can’t think of one. I tried to but nothing is that hard it can’t be mixed...I think. I have a terrible memory though.

Upcoming in the world of Black Eyes?

It’s Lost Control’s 7th birthday at The White Hotel on 22nd February. We have Cygnus from Texas and Reedale Rise from Liverpool both playing live for us. The second part of the birthday is on 26th June at the same venue too. #keepthe5thdimensionalive

Black Forces: The 'Shine A Light On' Mix

A new Atlantan artist with a mission and a message.