Ukrainian DJ-by-night, advertising-worker-by-day Aitsana is here to take you on a flight to the past, travelling all the way back to The Soviet Union in the mid 90s.

A perfect match for the present-day weather, her trip concerns only sun, sea and sand, channelling hot, mellow and warm vibes through a cocktail of jazz, soft rock, yacht rock and synth-pop, whilst paying homage to the music of her home.

Formerly based in the capital of Kyiv and now currently living by the sea in Odessa, her DJ sets aren’t just confined to soothing, sun kissed strains of music, you’re just as likely to hear her diving deep into electro, house and techno.

Now that everybody is on board, a reminder to stow your cabin items, make sure you’re sitting comfortably and remove your shoes – we’re ready for take off…

Cheers straight outta the capital of Ukraine, Kyiv! Temporary chilling in Odessa — city of my heart on the shore of the Black Sea. And I’m forced to confess that I am living proof that turnskins are real: I am a daytime Ad-worker and a DJ in the night time.

It sounds like summer in Odessa: a rainy in June, shiny n’ hot in July and August but always fun! Long story short, just take a look at my picture! I’m sorry, I drew it by myself 🙂 Join me, guys on this weird sea-trip! I bet you’d like it… 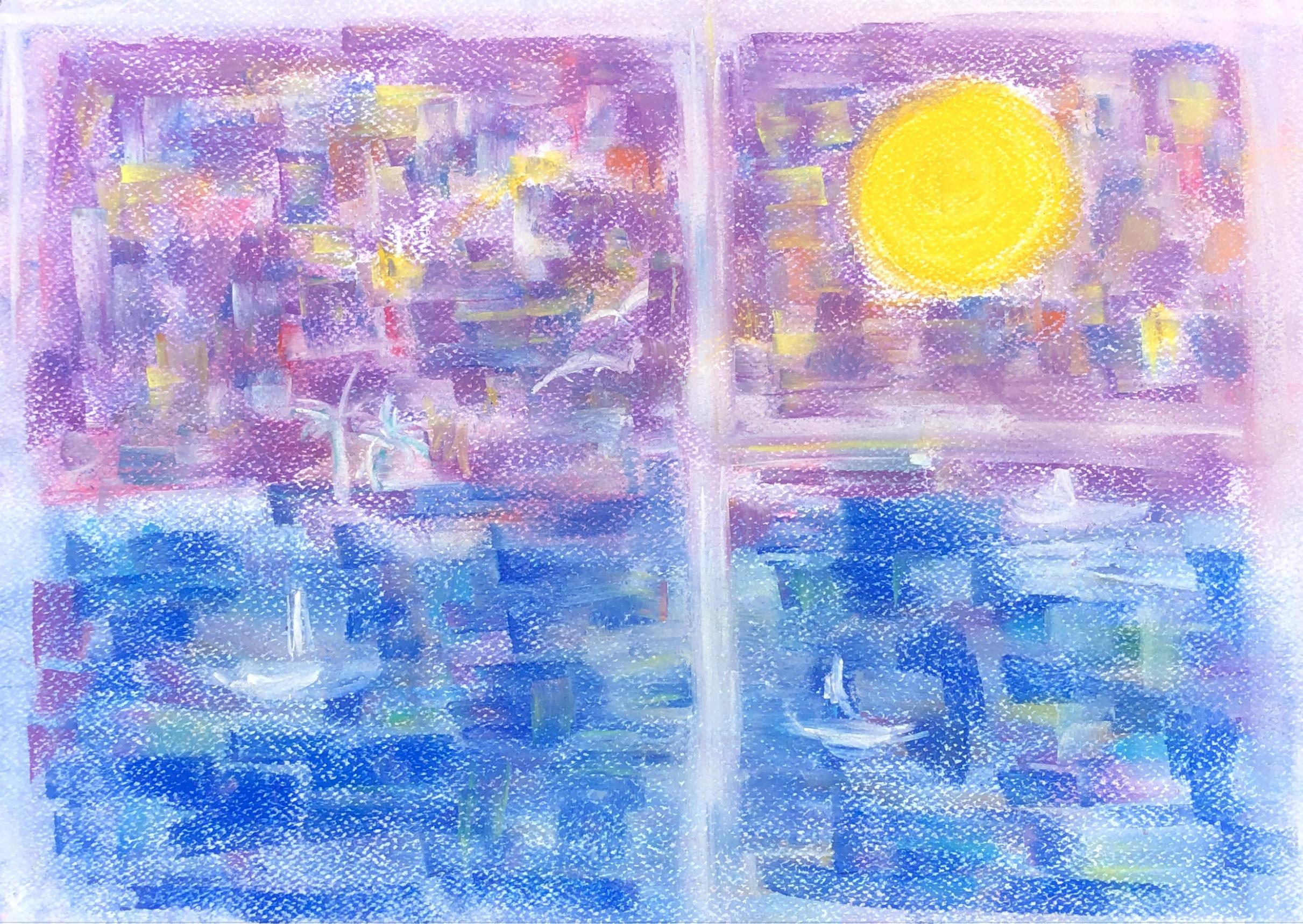 *Be aware, do not try to count how many times words “island”, “sea” and “summer” were mentioned in songs inside the mix.

In the weirdish Promised Land of mine, obviously! (From the picture)

Ladies and Gentlemen, welcome aboard the flight to the past “The Soviet Union – mid 90s”. We are going to travel to eastern Europe in the hot, mellow, jazzy, and vibey summer!

Please make sure that all carry-on items are stowed either in your wardrobe or completely taken off. No shoes allowed! Once again, we welcome you onboard.

Obviously — nothing but your attitude!

‘Ihor Tsymbrovsky – By the sea’. A composer originally born in Lviv, Ukraine. Ihor has the purest and the most beautiful falsetto I’ve ever heard! It’s like a kitty-cat angel purring in your ear. Highly recommend his only album Come, Angel, which was released by Koka Records — a Ukrainian independent record label based in Poland. They used to release a lot of Ukrainian underground music in the 90s.

All mixes made by my DJ friends. Especially Anna Lann’s! She is a huge pure inspiration for me. Anna, cheers! I’ll send you a postcard from Odessa 😉

Hmm, first – let me think… Does a huge enthusiasm count?

In my set, both are my favorite Ukrainian melancholic, beautiful and touching avant-garde masterpieces by “Cukor Bila Smerť” and Ihor Tsymbrovsky.

I do not remember the first record I bought, but the electronic music started for me with ‘Spacer Woman’ and the last record I bought was Giant Step by D.E. The early 90s dance project of Greek composer AKIS. Mystical vibes blended with broken groovy beats. Love it!

It tastes like a famous Ukrainian summer dish called Okroshka – soup originally made of kvass or kefir, green stuff, and meat, served cold. But my Okroshka is made with Prosecco.

You shouldn’t laugh. We have it on menus in the restaurants in Kyiv 🙂

It’s impossible until you discover a panel of filters on a mixer (–: