Jean Marc Virard is a creative by nature, under the guise of 4THSEX he has previously worked predominantly in the fashion industry, having launched the brand in Summer 2018 at the critically acclaimed high-fashion retail store Departamento Los Angeles.

However, behind the scenes he has also been a prominent and proactive member of the Timetable Records crew hosting a monthly radio program on NTS Radio alongside the likes of Nosaj Thing, D.Tiberio, Holodec and Gerry Read. More recently he has entered the realm of production himself and is set to release a full body of music on the label in the coming months, two LP's to be precise.

Earlier in the year we were greeted with an insight into his own musical perspective, a two track EP was released via Timetable which demonstrated his creative prowess - blurring the lines between elements of house, techno and hip hop. It was a distinguished and powerful statement of intent which was reminiscent of heady warehouse parties and nostalgic days of rave which he described as follows:

"One night we were talking about what it was like to go to parties as teenagers. How every aspect is exciting and kind of dangerous, especially for a kid. The House & Techno scenes in France & Chicago were at their peak in the late 80s / early 90s and we were lucky to see what we did. Next thing you know I started to patch on my Eurorack modular systems, programmed some 909 and tracked some emotional strings. When I opened the mic Rob [English] told a story about taking a bus to the Legendary Muzic Box in 1989'"

We since invited Jean Marc Virard to record a mix and it is a blistering showcase of his own music, reference points and is uniquely riveting throughout. This one comes with high recommendations.

I am Jean Marc Virard, an artist, producer, fashion designer and creative director from the south of France.
4THSEX is myself and my partner Rob ‘De Corbusier’ English.

I create waves for youth inspired cultures past and present.

I’m originally from the South of France but I’ve been living in Los Angeles, California for the past 18 years.

My music is couture and garbage mixed. 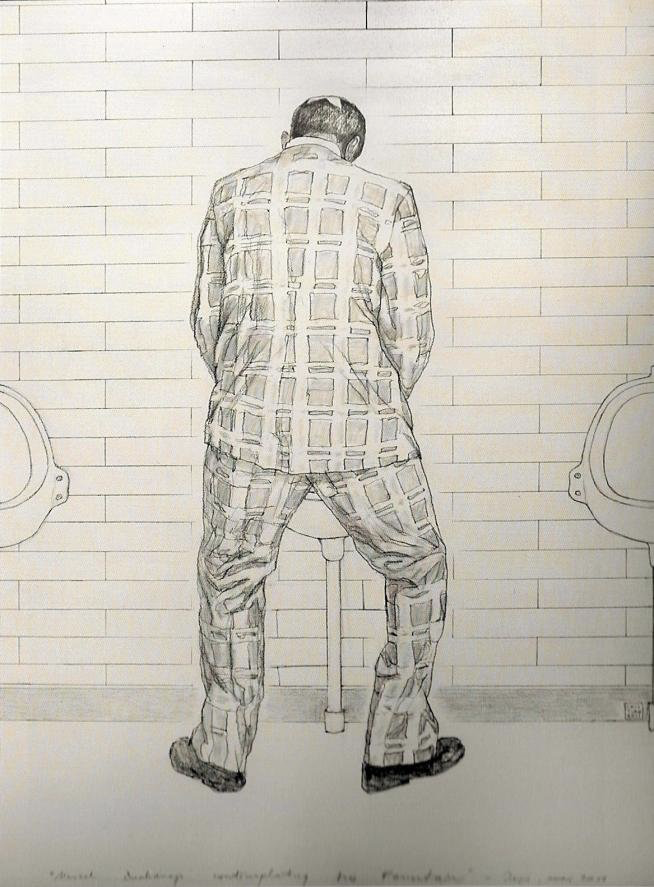 I recorded the mix in the 4THSEXCLOSET
(my home studio in L.A.)

I made this mix to feel like a modern-day Brutalist street ride. Listen to this on a Walkman cassette tape or Sony MiniDisc player on a BMX, while riding through Paris. Watching the people, styles, vehicles, and the architecture in motion.

In a portable, mirrored glass studio cube with huge built-up speakers and subs so people would be able to hear without being able to see through. I would be able to see them, to read the crowd and go with the flow. I would be placed in the middle of a super crowded location...a car factory, in the heart of La Defense in Paris, or on the London Underground. I would rock it on one of my hybrid set ups, moving between a Euro modular system, rotary mixer, my 1200s, CDJs and sampler. Even if I mostly produce Electronic & Techno music - I would def go open format still ! Since I love deejaying, reading the crowd, I will definitely do what I do best, which is taking you on a ride, messing with different codes and moods ! Of course, it’d be digital and analog...I mean I keep it real with the old and I keep it fresh with the new...LOL

Mine...LOL...Just kidding...can I say 2 favourites? If yes, my 1st one would be the legendary Jean-Michel Jarre ‘Zoolookologie’. I grew up with that joint, it was one of my very first electronic records, then 2nd favourite, I would say the very last one in the mix which is Massive Attack ‘Unfinished Sympathy’, I love every single version of that song...remix, original, it doesn't matter. I actually made so many 4THSEX remixes of it that I keep some exclusively for myself and I only play them in my DJ sets here and there. So, if you guys ever get ‘lucky’ and see me deejaying somewhere, expect my ass to play one of those, haha.

Do you mean the favourite recorded mix of mine or a mix from somebody else? If the question is about mine, I would say the mix of ‘my life’ and I am very far from finishing the recording!  Now if the question is the mix of somebody else, that is a question that’s too hardcore but if I really have to pick one I would say the live recorded set of Larry Levan at the closing night of Paradise Garage, NYC August 23rd 1987.

If you could go back to back with any DJ from throughout history, who would it be & why?

I would do a back to back with the legendary couturier Jean Paul Gaultier.... But if it is strictly among real DJ’s with no hesitation, I would have loved to do a B2B with Guy Cuevas.