As producers go, there aren’t too many more prolific than I:Cube. Under a multitude of different guises and in a career that has spanned just over over 20 years, Nicolas Chaix has paved a deft-footed and funk-worn path through music, releasing some certified house classics and more introverted pieces along the way. Spring 2018 has seen a flurry of activity from I:Cube; his first live gig in 4 years has coincided with two releases on Versatile Records, the record label run by Gilb’r that released I:Cube’s very first release, Disco Cubizm, back in 1996 and has served as home for the majority of his work ever since.

So, four years out of the immediate public eye what’s changed for the Cube? The live show is something that has been in the making for a little while and Nuits Sonores saw its debut. 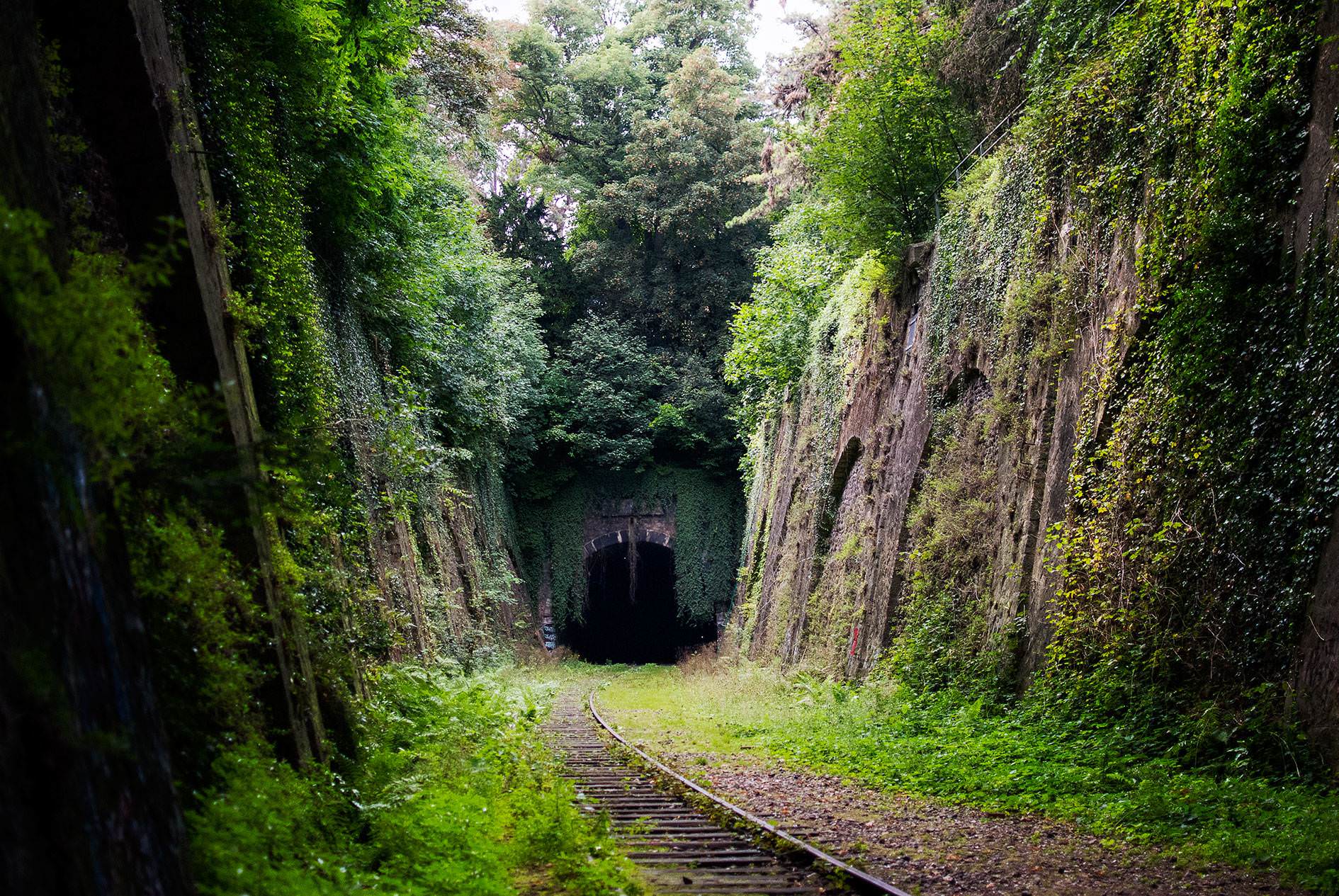 “I’m looking for more unusual settings, I performed once in a Planetarium which was exciting to do. The music has evolved a lot, it’s a little more challenging and doesn’t lend itself to clubs as easily. In a club, if you don’t throw a kick drum for half an hour someone might throw something at you.” Chaix jokes with an all too knowing laugh.

“I was stuck in this club routine which was sucking a lot of my energy and I didn’t have much time or ideas in the studio. The timing was good and felt right because I had an artist’s residency for one year in this incredible place which gave me some time to explore what I was doing and concentrate.”

I:Cube’s extended absence wasn’t born out of a boredom of club culture. But, throughout his career, Chaix has constantly picked and unpicked at the outer limits of the genres he works between, running a defiant, inquisitive scalpel up their inseams and creating new patchwork menageries from their frayed edges.

When Chaix was just starting out, dancefloors the world over were being gently entranced by the soft, glittering pinch of the French Touch which bred commercial success for acts like Daft Punk, Kavinsky and Cassius. Music technology was arguably at the most exciting it had been for decades, falling for the first time in the centre of a magic venn diagram strung between being affordable, accessible and cutting edge. The power was shifting within gripping distance of bedroom fanatics previously barred from entering the biz by their lack of hardware and mansions to keep it all in.

It was against this backdrop that Versatile and I:Cube first began their journey together. Chaix goes on to explain “We were both quite naive and we didn’t know what to expect. There was no plan. I think musically we shared a lot of visions and a way of making music. Very instinctive, no real plan. Not trying to follow the trends. Being independent means things are a little more difficult but you also have total freedom.” 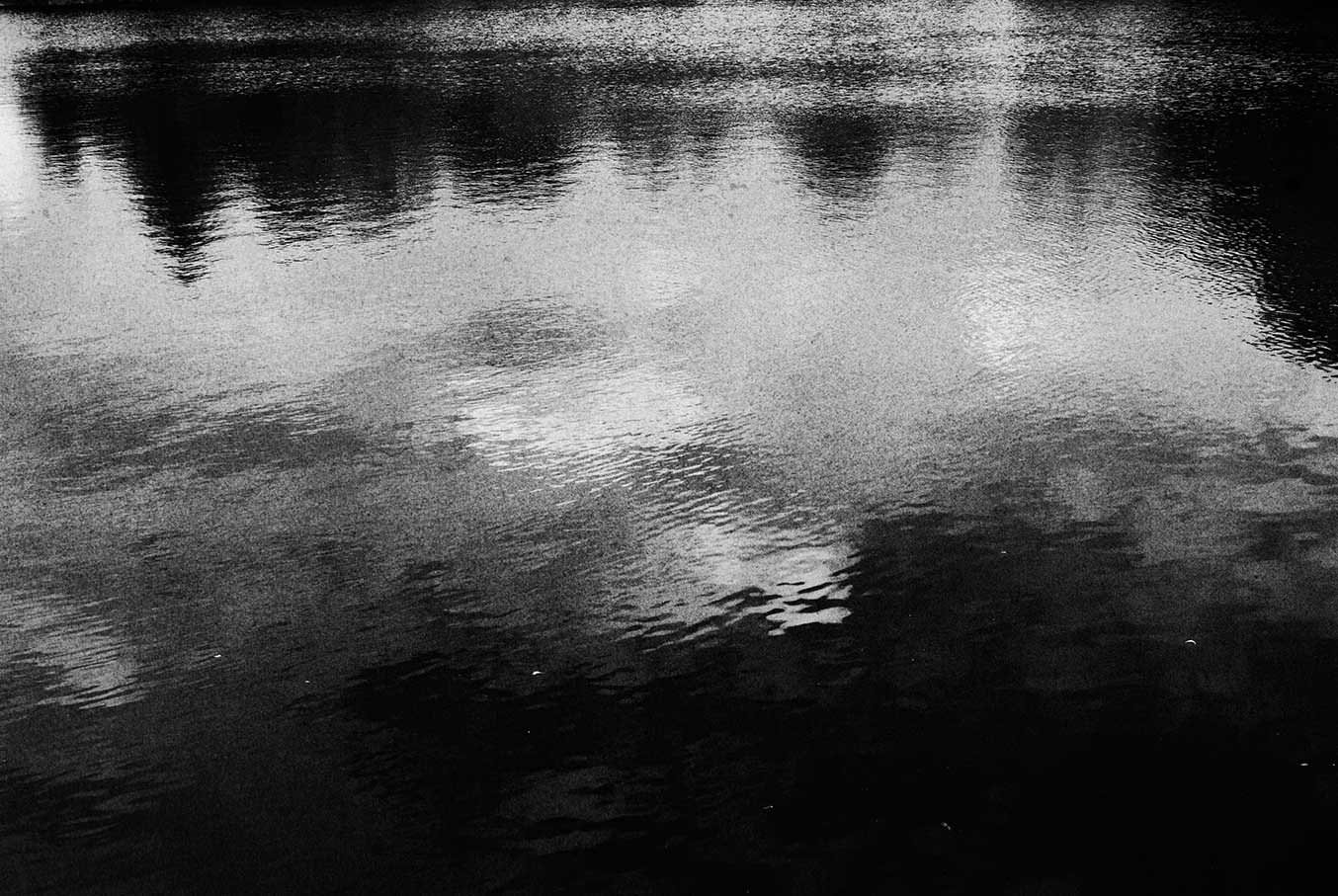 Throughout the course of our conversation, I get the impression that freedom is at the heart of most things for Chaix. Etire En Avant, one of the two releases, is a recording from that time twenty years ago when I:Cube was still living at home with his parents. It is dripping in a clunky, aquatic funk and carries a breathy dance floor refrain throughout. The title has gained an almost mythical quality to it – translated it means something along the lines of ‘reaching forward’. It’s hard not to become engrossed in the romance of these old tapes, unthreading their spools forward through time to be picked up again and put out for release with a remix by Red Light Radio mainstay and Amsterdam based new-comer Abel.

Chaix muses “I like to listen to these tapes with fresh ears from this period because I feel like it’s just making music for fun. Some of it is me just trying to copy some of favourite records of the moment. When I was a teenager everything was much more in your face. I think it might be a combination of natural alchemy and it being a revolutionary time. What was going on in technology was leading to evolutions in hip hop and house and all these crazy things. Now, I’m always trying to go back to this state of mind. I’m try to unlearn and not focus on the details, just keep the raw energy because sometimes you can get lost in wanting things to be perfect. You lose the whole thing.” 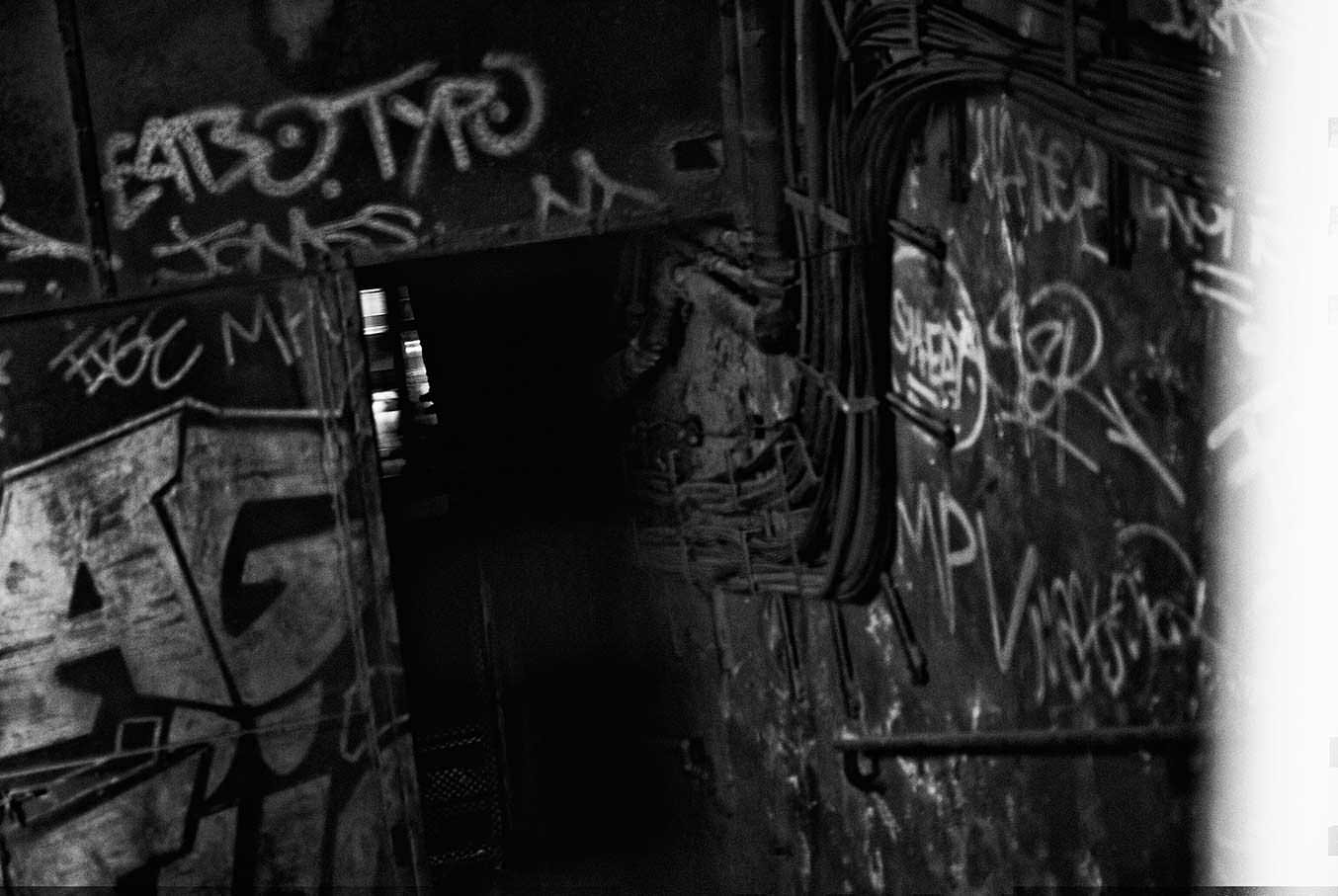 What Etire En Avant represents is freedom from expectation and the burden of experience. Chaix rues, “I really like naivety. Sometimes I feel like I have lost this element. I wish I had recorded more stuff back then.. Too late now I guess.”

If Double Pack represents freedom it represents freedom from form and fashion. I:Cube and Versatile Records have both outlasted French Touch, the mode they were loosely linked with before quickly moving on from in their early days. Double Pack treads nimbly along a fluxing high line managing to reflect a mirage of different influences and sounds, bouncing between sci-fi movie soundscapes and rhythmic percussion tracks to some downright rude dancefloor business while doing the impossible and remaining a cohesive, layered whole. It carries the complexity and momentum of an LP,  but is presented as an extended EP.

I ask if this is design or a happy accident. “They were written over a 2-3 year period. I might finish one of them and think that it would work as a B-Side to another one or something. I was also working on a lot of ambient music at the time so these tracks were always something that kind of grew up together. It felt like there was a natural point where they were all finished and together.” And so, ‘Flutes Souterraines’ grows into ‘Troglo Dance’ that then simmers at ‘Bifurque’ and so on.

The Cube interjects, “I don’t even know if it’s even relevant to release a dance music album anymore. The EP is the best way and sometimes it is even better than the album format. Dance floor material is really to be played on the dance floor.The album is more of a marketing thing – for record companies to have something to talk about really. It can be relevant when you have a project which has a concept. But for me right now, I don’t listen to music in this way.” For I:Cube, the pinnacle of artistic expression isn’t the long player. In fact, the LP is a clumsy outdated form incongruous to artistic expression. 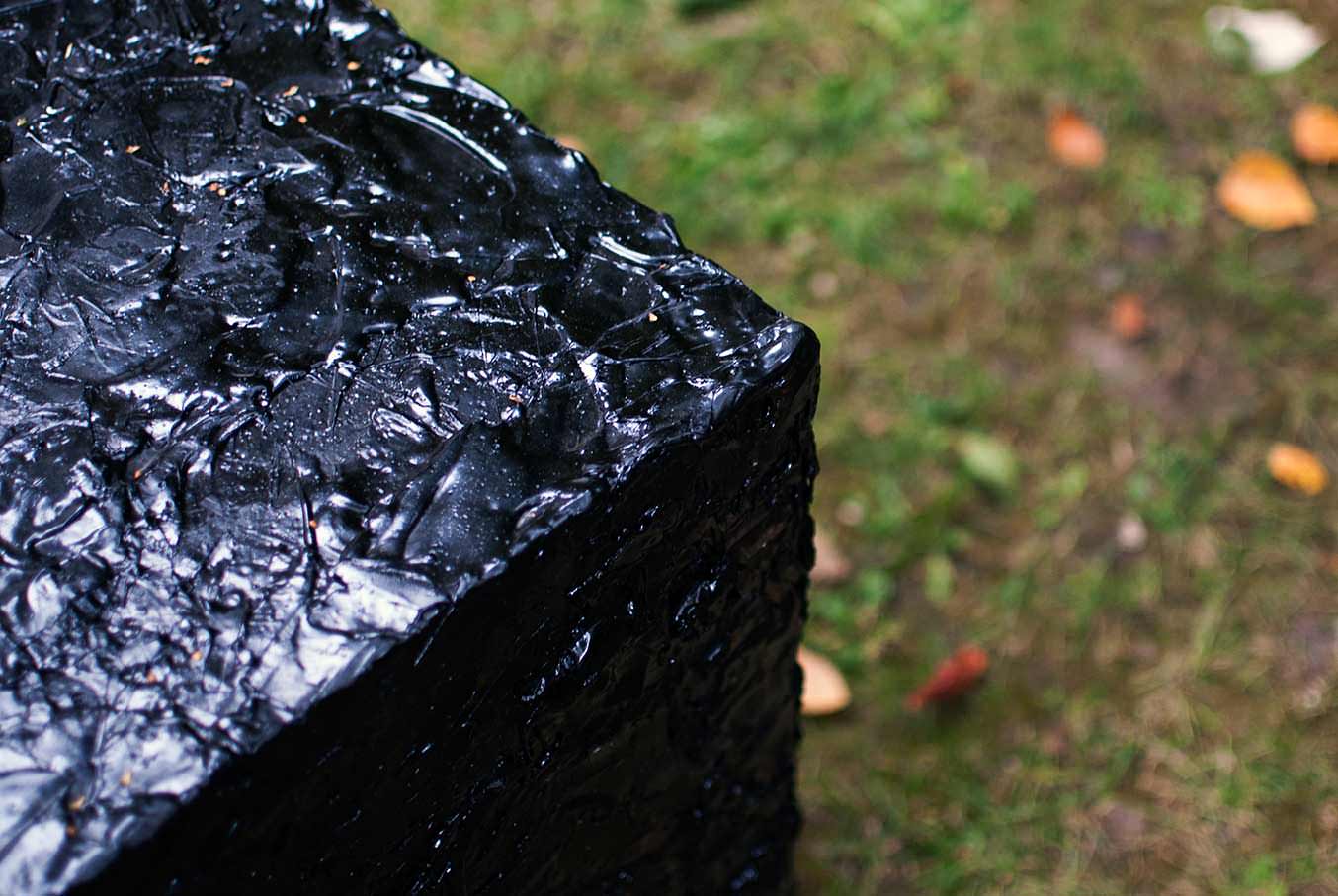 I ask if Chaix has a favourite on the EP, bearing in mind its organic conception. He laughs, listening now with ears worn out from working and reworking these tracks – it’s difficult – but at the moment it would be ‘Ramurac’, “It’s a bit of weird one, not really dancefloor but it’s still something you can get into and it’s really contemplative. I like the feeling wrapped up inside it.”

And there we have it. Unshackled from the constraints of constant touring, album campaigns and experience there’s a little freedom for some feeling, wrapped up in it all.

All photos by Nicolas Chaix