Just Jack and Alfresco Disco are two of Bristol's most prestigious electronic musical institutions- they're a key part of the ressurection of the South West music scene, and over the last decade have navigated from the heights of dubstep to a current aesthetic of house, techno, bass and disco. Both will be providing packed out tents at this weekend's Love Saves The Day festival so we thought 'what better way to celebrate good ol' Brizzle than to leave these clever folks to their own devices?' So that's exactly what we did- get set for tales of secret raves, Tesla energy coils and sausage rolls…

Dan (Just Jack): I went to one of your raves in a disused quarry, that location was pretty mind-blowing. What has been your favourite location over the years?

Jethro (Just JacK): Do you need a thesaurus mate? Hah!

Haha! Which one stands out?

Well, it was on a pier. So, what would your dream location be for an Alfresco?

To be fair, when we did it in the Alps that was pretty much a dream location as we were halfway up a mountain and the only way we could get there was by cable car. So yeah, up a mountain or on a tropical island would be good. Those sorts of places really. Just not on a national heritage site, in case it got damaged.

Have you ever done a party on a national heritage site?

Not knowingly. Oh, what about the mansion? I think that might have just been a listed building though. That was at New Years and it was an old school originally in about the 1800s. That was amazing that. It was actually an old mans house. He’d bought the house and we just paid him to let us put a party on there and then we invited 800 people to come along. He was just still sat in his kitchen smoking spliffs and eating sausage rolls whilst the party was going on.

If you had to play one track on loop at the next Alfresco, what would it be?

That’s a massive question as there are so many good tracks.

It’s going to be playing over and over all night so it can’t be anything annoying.

It would probably have to be an Alfresco classic from all the years so far and I think that’s Johnny D’s Orbitalife.

It’s got that little groove that just carries on going. If it was on a loop it’d be ideal.

If it was newer, I think another classic would be Session Victim’s Hidden Tension. That gets a lot of plays at Alfresco. Or…

You’re only allowed one mate.

Okay, then it I think it has to be Jonny D.

Seeing as you have a formidable reputation as a cook, who would you invite round for a bit of alfresco dining and what would you cook them?

Thanks mate. That’s a really nice compliment. It would have to be my heroes. Paul Simon, Sasha, Digweed and then Tony Adams the ex Arsenal Captain.

Then what would you cook them?

Haha! What would be your dream DJ line-up for an Alfresco then?

Again, there are too many that ‘d absolutely love to get down.

That’s quite an eclectic mix.

Yeah, definitely. There are loads of others but those three are up there.

So, what’s the next question? Oh yeah. So the last Alfresco was on a pier, so if you could peer into the mind of anyone in the world who would it be?

That’s another good question… I think it’d have to be Nikola Tesla.

He was a great mind. You should give him a Google.

What did he do? Did he invent the Tesla coils?

Yeah, free energy. Then there’s a massive conspiracy theory that the American Government killed him off because he’d basically invented free energy for the world. It’s pretty amazing. So yeah, I’d have a look into his mind.

Then you’d be able to get free energy for the world. If you could choose anyone to remix a track on the Alfresco label who would you choose?

Ummm, if I was going for legends I’d probably go for Laurent Garnier.

Don’t suppose you’ve got a contact have you? Haha!

Hah! Can you tell me the most fucked up story from the last ten years of Alfresco? What’s the most debauched thing that’s happened?

There is some pretty mad stuff that’s gone on. One of the mad things that we did, that was for the one in that disused quarry area, we had to get the sound system loaded onto a barge in Bath ten hours before the start of the party because it took ten hours for the barge to reach its destination, where we then had to pull all the speakers off and then move them 100 metres into the quarry before the party could start. That was pretty mad.

But in terms of fucked up, something that happened at the most recent Alfresco, when everyone was clearing up at the end of the night – we had to get a massive cleaning up team in as every hour we went over 8am the morning after there was a £1000 fine – and when they were clearing the pier, they got to the go-kart track and found a perfectly formed shit in the middle of the track.

Yeah. Now that’s fucked up in my opinion.

Was the go-kart track up at the top or was it outside?

It’s in the actual building round the back. I just can’t get over that someone took a shit in the middle of the go-kart track. Probably one of the stewards.

There have been so many mad things that have happened at the parties though.

How was Bez at your party by the way? When we had him he was totally…

Absolutely off his tits.

He absolutely amazing. He kept coming up to me and going ‘I’ve never been to a party before where you can be absolutely having it and be off your tits and then at the same time be conducting a really interesting conversation about fracking.’

If Alfresco was an animal what would it be?

Cool. Well that’s it from me.

Sweet. I hope that was okay.

Yup. So you asking now then? Just need to find my questions for you guys. I used to go to Just Jack at Dojo’s and Lock back in the day and they were some of the best nights that I’ve had. Have you got any plans to do anything at smaller and more intimate venues again any time in the future?

We have and we’ve been exploring some opportunities at the moment. We love doing big shows at Motion but I think we all like the idea of getting back to those smaller shows. There are some interesting things in the pipeline and we’re looking to get back to more regular nights at smaller venues. We’re not quite sure where yet though.

We can’t really say too much about it…

Yeah, it is. It’s a party in my pants. It’d have to be quite a small party though. Tiny.

I’ve got to ask this. Who has got the best cat out of your crew?

Me. Well it’s just between us I think.

Well I’ve got one that sounds like a pigeon and he’s got one called Techno. You make your mind up.

Would you rather have a pigeon or a cat called Techno?

You could have a pigeon called techno. 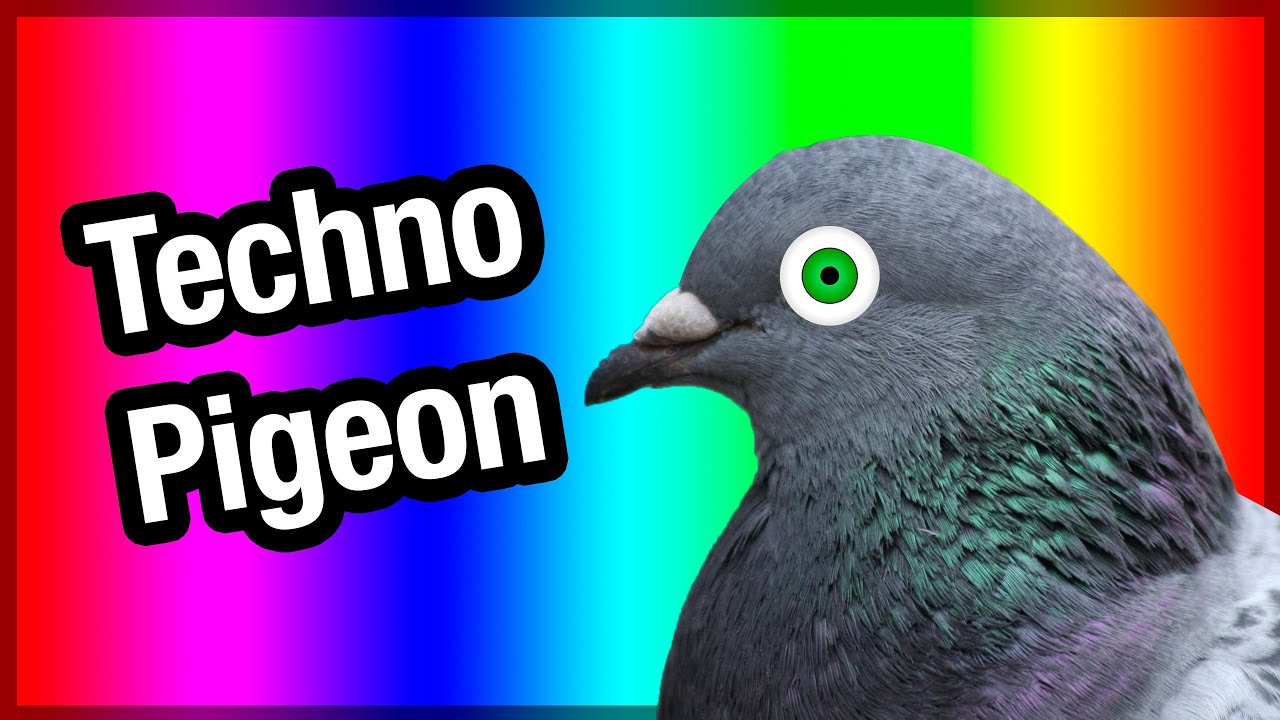 Well, this obviously isn’t going to be resolved very quickly.

They could have a rap battle to decide it.

Have you got any favourite cat related tracks?

Yes, I do actually. Paul Johnson’s I’m A Freak. Listen to it and you’ll know why.

Yeah, I know it. Excellent. Festival season has just arrived, what is your favourite festival and where are you guys playing this summer?

Well, we’ve got at Garden…

My personal favourite though is Meadows in the Mountains.

Are doing that this year?

No I’m not, but I’m really hoping to go back next year.

One of my questions was going to be that you guys have had some amazing line-ups with some absolute legends on the bill and I wanted to mention he Derrick May one as he’s an absolute legend for me. I don’t really know if you can answer this, but have you got any more legends in the pipeline?

Can’t really answer that. You never know though, we might have just given up with booking legends all together.

It’s all about the music.

Who is your favourite DJ of all time?

Back in the day Derrick Carter was phenomenal.

What are your favourite DJing moments from Just Jack?

You smashed that one actually. Incredible.

The vibe was amazing and everyone was in the booth. Everyone that had been turning up to our parties for years were all there at the end of the night.

It was Moodyman and MRS and then you wasn’t it?

Yeah. That was probably my favourite moment.

Moody smashed it as well.

I was there. That was amazing. Just Jack isn’t cheesy, but what is your favourite cheese?

God, that’s a hard question. I Camembert it.

What’s the best cheese to hide a horse?

Did you hear about the explosion at the famous cheese factory?

All that was left was de-Brie.

Why did the one legged clown leave the circus?

He couldn’t get his Stilton.

Haha! The thing is, the beginning of that joke doesn’t have anything to do with cheese.

No, it doesn’t actually.

Right, last question then. If Just Jack ate your head, what would be inside?

Probably a squash ball. It’s slightly bigger than a pea, but still not very big.

At least mine’s green and healthy. Yours is black and mouldy.

Vegetable brain and rubber brain. That’s it. Nice one lads.

Is that all Wil needs?

Wil, is that okay? Are we idiots?

Alfresco Disco can be found here

Just Jack can be found here