Stories about Lawrence, frontman for first Felt, then Denim and now Go Kart Mozart, pop star in waiting for more than 30 years, are legion.

In recent years, aided by a feature length documentary devoted to his life, Lawrence Of Belgravia, the legend of Lawrence, the man cruelly fated to never live out the career for which he was destined, as a pop star, have grown.

Everyone’s got their favourite; this writer has dined out on them, pestering associates and sometime record company or industry staffers to tell me another one.

But 2018 sees the great man seizing back the initiative and wrestling the narrative from the media. A fevered burst of activity has seen the first five Felt albums given definitive releases across CD and vinyl. The former, the initial half of Felt’s great 10-year plan (10 albums, 10 singles, spread across a decade) come in new packaging, housed on smart boxes with accompanying materials;  the latter pretty much the first time they’ve been available on the cherished format since their initial release and now in sumptuous gatefold sleeves.

But it’s not just a nostalgia trip.

There’s a new Go Kart Mozart album, arguably the most well-rounded release from the latest Lawrence vehicle thus far, it too available in gorgeous packaging. To back it all, there’s a wealth of live dates, seeing Lawrence and co on the road as a fully functioning live outfit on tour and beyond.

“It’s going good,” says the mercurial frontman, the pop star who never was, sounding happy and healthy, back on track compared with the more forlorn figure featured in the Lawrence documentary film. “It’s been really good,” he continues. “We’ve been busy, we’ve started to play live. The reviews are coming in, it’s a good time. It’s so good to play those songs before an audience.”

Having lived with the album for sometime now, it’s good to report that the singer, who everyone has heard of, but few have actually heard sing, or his songs, for that matter, is in fine fettle. “It’s been really difficult to get Go Kart Mozart gigs before,” he noted. “There was a reluctance to book us, gigs have been sporadic. This is the beginning of a nice run of gigs. It used to be a one off, then there wouldn’t be any more for ages.”

Given that Lawrence famously torpedoed Felt’s career by doing acid before a sold-out gig attended by scores of eager A&R men, or Denim, his proto-Britpop, 70s loving glam stomp along band were reluctant to tour at all, it’s easy to see why the gigs aren’t too easy to come by, but the live shows have been a revelation.

The flurry of live activity comes on the back of Mozart’s Mini Mart, the new elpee from Lawrence and gang.

The album shows that he’s lost none of his wit, verve, or flair for slightly twisted lyrics and bright, shiny pop sensibilities. The amount of publicity the record has picked up, the strong sales (the vinyl copy of the album all but disappeared from the shelves within days), means that his long-standing dream of becoming a bona fide pop star as as near as ever.

What’s more the bad luck and misfortune that has dogged his career throughout all its assorted incarnations has not hit him in  2018 either.
“It couldn’t be better for us,” he agrees. “The sleeve took three years, it was a nightmare bringing it all together. To see the finished product was a real joy. The record sounded great, we got the sequence of the tracks absolutely right. There wasn’t one mistake. Everything was printed properly.”

The pop hooks on the album, flitting somewhere between Chas ’n’ Dave and classic Eurovision, between the fine tradition of British pop going back to the 1950s and a more modern, synth-based yet still lo-fi sensibilities, mask a tougher core. The lyrics run fro the kitsch and amusing, through political and, in Black Hood On His Head, one of the most shocking songs of the year lurking within its simple melody.

“It’s not preaching or social commentary,” says Lawrence, ever the pop music scholar. “I don’t think pop songs should be simply about banal choruses and banal cliches. It should be about something, about life at the moment.” 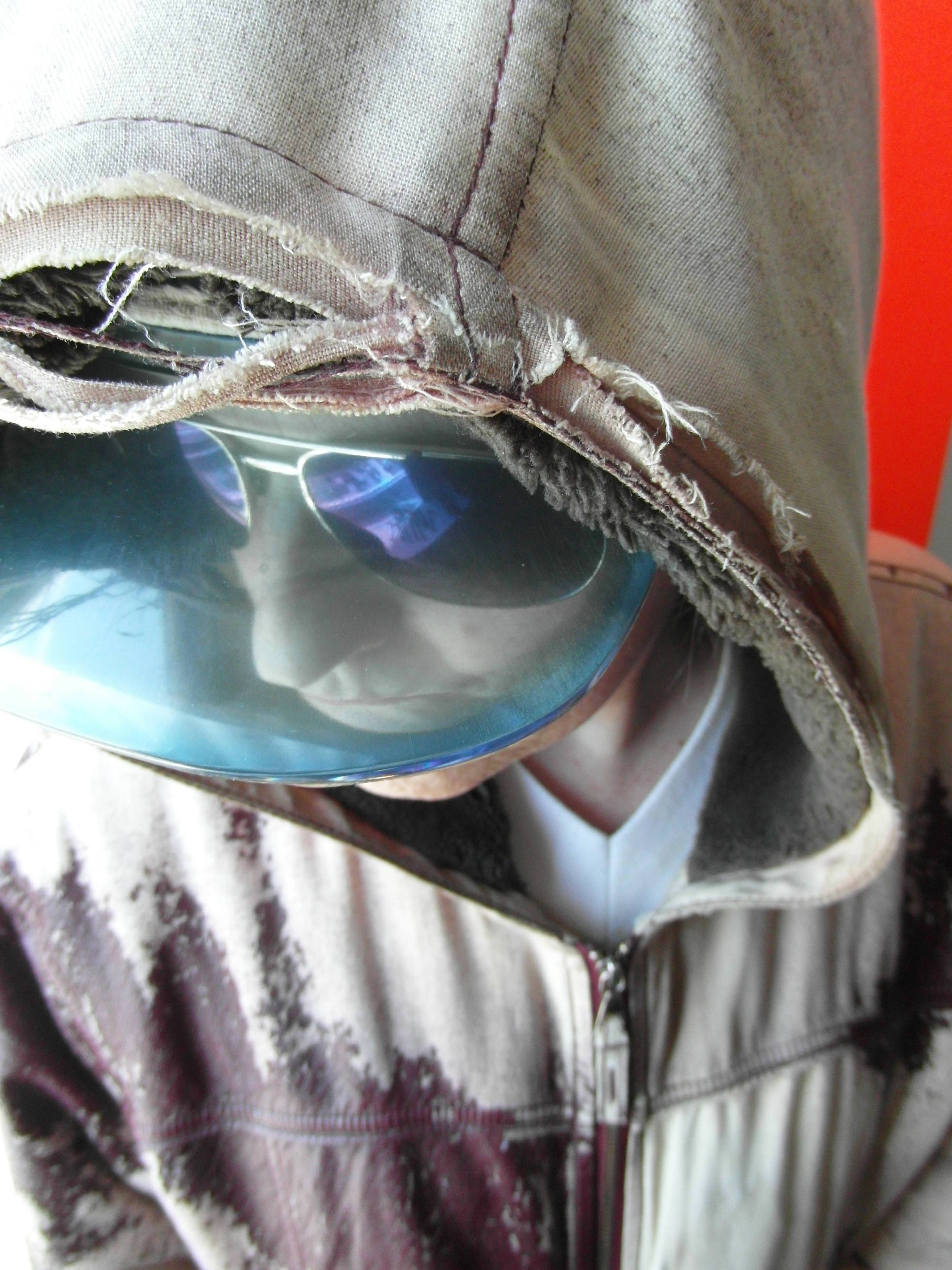 As ever, Lawrence, the pop star permanently in waiting, views his latest offering as something that fits into the wider pop world and not an indie ghetto.

“It’s such an up pop record,” he says. “There’s so many great pop songs on there, so commercial. People perceive it as an underground alternative record, I’m here thinking it’s a massive pop record. To me it’s not underground, it should be compared with all the top pop records."

His love of pop music in all its forms is notable – current listening includes St Vincent (“I love that record, perfect pop”) but not Field Music (“I just found them really boring. It seems to be like everybody else. They get married and I get so bored with it, as soon as someone has a child I go off them”) – but he bemoans the state of the music business and the lack of music papers.

“It’s getting harder out there,” he notes, “there’s not as many great melodies for me. Before we went on stage at the Social, played the Light Pours Out Of Me by Magazine. We were being led on to the stage, and it’s such incredible music. Don’t know if there all be songs that knock me out like that. It’s harder for me to find great stuff. We used to have four newspapers every week. I read them all, knew exactly what was going on. I don’t have a computer, I’m not online. There are only these magazines that come out once a month and they talk about retro stuff.”

All of which loosely leads us on to Felt, arguably the finest band of the 1980s, who defined the pre-acid house and pre-Britpop idea of what indie meant. As the NME obituaries pointed out, Felt were due to appear on the cover of one issue, only to be supplanted by a piece about teen suicide.
The first five albums, those featuring noted guitar-plucker Maurice Deebank, have just been remastered and issued. All are n vinyl, as well as on sumptuously packaged CD vibe sets which come with goodies and a seven inch single. It’s the first time they’ve been properly reissued, and it’s something Lawrence is suitably proud of.

“We ere working on Go Kart Mozart album and the first five Felt records at the same time,” he recalls. “We didn’t know what to release first, then someone said ‘why not release them on the same day?’. It seemed like a great idea and it’s worked a treat. There were some Felt reissues in 2000, but they were simply repackaged and put out, there was no thought gone into it.”

Like the Go Kart Mozart album, these too have taken their time – six years in total. The perfectionist states: “Most of the people who work on Go Kart Mozart and Felt, do it all for nothing, or a minimal amount of money. We’re at the bottom of the ladder if they’re doing other projects.”

But he is pleased with the end result. “They’re 100 per cent perfect, exactly how I want them to be. The vinyl in the gatefold sleeves, it looks beautiful and looks stunning.”

He’s also remixed much of the fourth album, Ignite The Seven Cannons, which had originally been produced by Cocteau Twin Robin Guthrie, who drenched it in his trademark reverb and effects. “He played with the production techniques, but it didn’t work at all. I wasn’t allowed to be in the mix with that album. But I took the master tapes home with me, in 1985, I carried them around with me for ever. I waited and waited. I think even Robin would approve now.”

It’s the overall effect as much as anything else that he’s pleased with.

“Presentation is everything. Music is a product, otherwise you’re sitting in your bedroom paying your songs yourself. You want to make it as good as it can possibly be. I’m fascinated by packaging. With the Felt stuff [the CDs], I thought why do bands always stick to the original artwork? When you go to a bookshop, you see they’re constantly repackaged. You don’t stick to the original front cover for Kerouac’s On The Road or Burroughs books. We treated them like they were books, made this this really great box for the CD. Posters, flyers, badges, all this ephemera. This is like the first time I’ve taken control. I realised, this is my band, this is my legacy.”

Next might be a Denim one, celebrating the 90s band who came out against the 80s and in favour of the 70s, who famously signed to Boys Own, as their non-acid house related offering. (Boys Own’s Steve Hall once told me that he learnt more about the music industry from Lawrence than anyone in his early days in the business, what with his aversion to touring at the time. “And then Pulp came along and we were fucked,” he said.)

“When the time is right, we’ll maybe do a Denim box set. We’ll put the three albums together in a box. Not yet, we’re going to wait a bit. I don’t want to overkill it.”

There’s plenty more both Felt and Go Kart Mozart activity though. There’s the second batch of Felt albums, a second, already recorded mini album and he’s in the midst of “getting the second Go Kart Mozart album right…. I should never have released it, the production wasn’t right and we’re doing new vocals.”

These too, both old and new, will have the same care and attention to detail.

"It’s my baby really [the Felt stuff], I’ve done everything on this myself. It’s all about the music. And the presentation. It’s nothing to do with the stories of Lawrence. It’s the same with the Go Kart Mozart. I’m trying to build an alternative world that Go Kart Mozart exists in. And I’m trying hard to give somebody who might want to spend their money something fantastic and beautiful.”

His parting shot, as the interview draws to a close, is probably, aside from his mention of “the stories of Lawrence”, is probably the most Lawrence thing he’ll say.

“Edit out whatever ever you want” he concludes.

“I mumble a lot, just make it all sound relevant.”

The new Go Kart Mozart album Mozart’s Mini Mart is out now, as are the first five Felt reissues. Go and buy them all. Then go and see Go Kart Mozart live.