The burgeoning UK record label reflects on over a decade of growth and experiences.

Local Action is a label which has ridden the wave – absorbing, dissecting and inspiring counter culture within dance music for a over a decade. That is no small feat.

A lot has changed over a ten year period, new faces, new places and the sounds have come a long way. Heck, I mean ten years ago I was probably sat somewhere writing about ‘Post Dubstep’ or ‘UK Bass’ culture.

In the present day things are very different.

However, it is important, I guess, to lend a nod and a shake of the hand to the experiences and inspirations of the past which have perhaps had more influence on UK labels such as Local Action than we might expect. 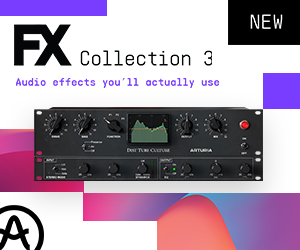 In the present Local Action is a multi faceted imprint offering a platform for musicians and artists from a wide array of backgrounds to release music be it dance, bass, ambient leftfield pop or beyond.

The label has become fluid, recognising the versatility and overlapping experiences within sound. Recent releases on the label have included albums by the likes of Lena Raine, E.M.M.A, and 96 Back whilst the label still keeps one foot in the clubs with recent EP’s from I Jordan, UNiiQU3 and A2A.

The dancefloor continues to remain important to Local Action as the recent release of their anniversary compilation celebrates – emphasising some of the music which has soundtracked their parties and nights over the years.

So the label has been in operation for ten years now, had you ever imagined it might come so far?

“Yes and no. I’ve always been very aware that these things have natural lifecycles and I’ve never wanted Local Action to be one of those labels that quietly fades away, or even worse, fades into irrelevance.

I want to either go out on something resembling a high or become an established industry staple, I guess – though I’m aware that it’s hard to do the latter when a lot of the established staples we’re talking about got to future-proof their business in the 1990s and 2000s before the bottom fell out of the recording industry. Local Action’s always just been me pulling together an extended family of artists and collaborators, and I’ll naturally only be able to play that role for so long.

So in short, no – I never thought Local Action would win awards, I never thought it would become my day-job, I never thought it would travel as far as it did, but unless something drastically changes, I won’t be able to do it forever. I almost called it this year – the 10th anniversary felt like it could be the perfect way to go out on a high – but equally our stock and profile are rising every month at the moment, so I need to ride the train a little longer and see where we end up. If that sounds too negative, it’s not meant to be: stuff’s going great, and I’m happier with where the label is in 2022 than I ever have been.”

More recently the label has begun to diversify, perhaps moving away from the club sound with a number of progressive pop releases, was this conscious?

“I’m not sure that’s true: our fourth release was a mixtape of Cassie edits titled Skydiver, which was a loose attempt to show that we could operate successfully in both the pop world and the dance underground.

I think those boundaries are long since dissolved now, but we’ve tried to show that we can play that position since the start, and there’s a good handful of releases in our back catalogue that sit there: Dawn Richard, Lena Raine, Eden Samara, Erskine Lynas, the Deadboy album. Some were objectively more successful than others and without the right artist, I think it’s harder for us to find traction with these sorts of records than we do with dance music – which realistically is most of our fanbase’s bread and butter – but it’s always been there.”

How do you think the label has changed and evolved over the years?

“Honestly, I never felt like I knew what I was doing with this thing until about 2019. I don’t necessarily think you need to know what you’re doing to run an effective label – ultimately, it can be as simple as releasing great records and paying your artists on time – but 2019 was where it felt like something clicked and I finally had a handle in terms of how to run a campaign, how to build an artist from scratch, how to build the right team around a release, how to manage and maintain the business, that sort of thing. I mean we’d already had objectively successful campaigns at that point – records that were no.1 on iTunes, Billboard charts, AIM nominations, all that stuff – so maybe this was just the point where the imposter syndrome started to fade, but that period was where something clicked, and I think the professionalism we bring to our operation as a result is the main change we’ve experienced over the years.”

Of which releases or moments are you most proud?

“Tons. Seeing artists blossom who we’ve worked with since their very first release is always a huge one – the journeys Finn, I. JORDAN and T. Williams have made since their debut releases on Local Action is an enormous source of pride. It still blows my mind that we’ve released two Dawn Richard albums and get to call her part of the family; likewise DJ Q and the fact we get to work so closely with such a bonafide legend from the scene that birthed us.

Building working relationships with artists abroad like UNIIQU3, DJ Jayhood and Lena Raine who I’ve admired for so long from afar – honestly, there’s a lot, but without sounding too misty-eyed, the fact I get to call all these people friends is something I really don’t take for granted. This industry gets more gruelling by the day, but every week I have bonafide geniuses send me their unreleased music, and if I packed it in tomorrow I’d still count all these people as some of my closest friends. When I finally do call time on Local Action, I’ll look back just as fondly at the lockdown Jackass marathons with aya and ELEANOR as I will travelling to SXSW with Dawn, you know?”

You still run parties, why do you feel this is important?

“Well, we probably don’t throw as many as we should but I’ve always found them one of the most stressful parts of the job – they’re just not my strong point, and I’m more comfortable throwing one big blowout every couple of years than trying to maintain something regular. But ultimately a lot of the music we release fits best in the club, and I actually think it’s been one of the label’s historical weaknesses that we don’t throw them more regularly. Luckily our artists are booked enough at the moment and throw enough of their own parties that they can spread a little of the gospel themselves.”

What do you wish you’d done differently?

“The main one would be not taking the label and my role in it seriously enough for the first 7-8 years, but there’s a ton of factors in that – imposter syndrome and immaturity I’m sure both factor into it. But we move, no point dwelling on it.”

The London underground music scene has been significant in establishing the sound and identity of the imprint, is this a conscious inspiration?

“I mean, yeah – I grew up in London, a lot of my early musical epiphanies were at Plastic People, Fabric and The End, and when I started the label I didn’t have many creative intentions beyond being part of that ecosystem, so it’s always going to be part of Local Action’s make-up. But very little of our roster comes from London at this point, and only a handful live here, so I don’t think the label’s identity has to specifically tie into it. Our sibling label 2 B REAL is based out of Manchester and heavily reps the city, while our ties in the States grow every year, so it’d be disingenuous to tie ourselves too closely to one place.” Premieres
Premiere: Tony Y Not – Send Me Up Reviews
We Out Here festival 2022: a celebration of diversity and community
© The Culture Space LTD 2022. All Rights Reserved
Design by Deep