We’re mere seconds into our conversation when it becomes quite apparent that DJ Okapi, David Durbach to his friends, is a man with a singular, uncompromising vision…

For the last ten years he has made it his primary goal to bring the music of a pivotal South African era to the attention of the wider world. The sound that Durbach earned his reputation for championing is bubblegum, a South African interpretation of American disco imports popular in the early 1980s. Those with even the faintest inkling of the nation’s history will know that this was a turbulent time for South Africa, to say the least. Political turmoil during the 1980s led to mounting tension between the racist regime and those who opposed it, culminating in difficulties that lasted the second half of the decade. Paradoxically amidst the chaos, the country’s music industry was thriving like never before. Driven in part by a policy that required content for the South African Broadcasting Corporation’s network of ethnic radio stations (designed to ensure so-called ‘separate development’), as well as thriving live scenes in both urban and rural areas, the South African music world enjoyed several years of unmatched prosperity and creativity, and it was in these years that bubblegum came to be.

Bubblegum’s origins aren’t as saccharine as the term itself. Coined by the South African music press as a heavily derogatory, even downright insulting term, it was used to refer to the heady rushes of melody prevalent in this new, South African strain of disco: “they were implying bubblegum was very sweet at first but soon the sweetness dies away, you chuck it, you get another one. It implied that it was disposable music and you get through it quickly before moving onto something else”, Durbach says over the phone. The thread runs deeper still, as the need to separate South African disco from the genre’s international footing is called into question. A more sinister subtext seems to underly the term, a connotation that the adamant differentiation of bubblegum from disco was another manifestation of the separation so rife in apartheid-era South Africa. Durbach agrees, adding: “be that as it may, bubblegum today for example is still the synonymous term with that era, and disco doesn’t do the same job, too broad. Bubblegum is specifically 80s. The label is there to be used, obviously I’m not one to get so hung up as to say this is or isn’t bubblegum, boogie, disco, they’re all just words to describe the music from that era. As long as you take these connotations with a pinch of salt you can use these words but they don’t necessarily help you, they sometimes just cause more confusion.” 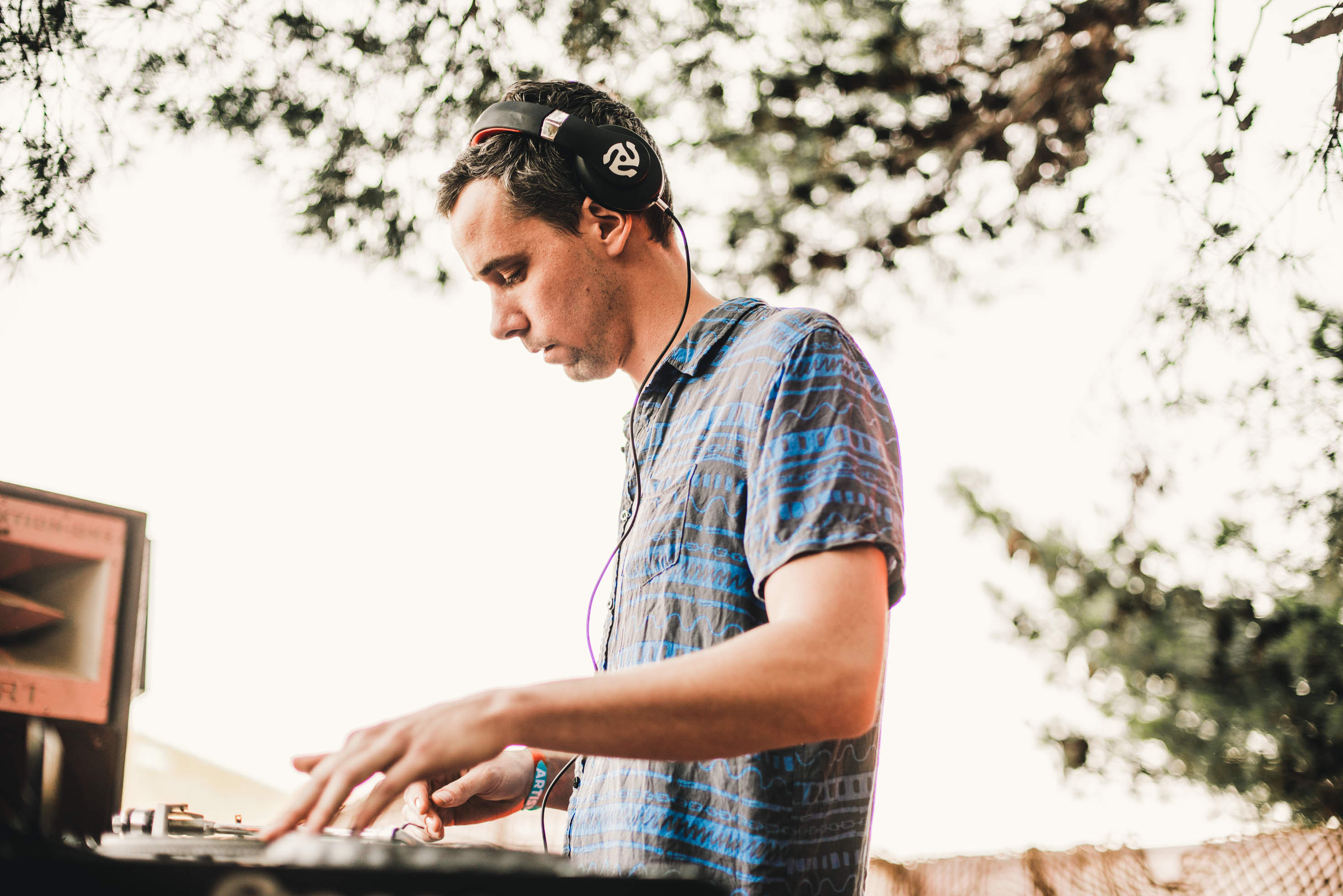 His path to DJing was an unlikely one. With records not really a “thing” in Cape Town during his childhood, he only began assembling his collection in his late teens, after a youth spent enjoying grunge, rock, RnB and other “American music”, he says. “I got into punk and blues as a teenager. When I started DJing, first on radio, I had a blues show. I was also into this 80s pop sound I grew up around. When collecting records I was looking for funk and soul, so it was a small step from that into local music. It seemed a natural progression, this was where I focused my energy from then on collecting, learning and listening to more and more South African music from that era, less and less American music.” Durbach quickly realised the value of the entire era of music that had been right under his nose the entire time, and embraced it. Soon, his collection was so expansive that he felt compelled to share it, and around the time of his 2009 move to Johannesburg, his influential blog Afro-Synth was born. “None of this music was on Discogs back then, so I was just trying to light a little candle in the dark or something, never to take ownership or try to be an expert, just to be a student of this music”, he says.

It’s Durbach's devotion to sharing what bubblegum’s biggest names teach about melody, rhythm and song-craft, but also his impeccable taste as a selector and archiver, that has totally revitalised interest in this long-forgotten era of music. Therein, however, lies a paradox, as it quickly becomes clear that the international fascination with the Afro-Synth archive does not apply to South Africa itself. On his DJ sets, Durbach says: “by and large it’s actually more of a challenge in South Africa to play a set that’s 100% local, because people here are expecting newer or American music, and for me to only play this old school South African music can take a bit of a toll on people. Whereas when I get booked to play in Europe I get booked specifically to play music from South Africa”. While initially surprising, it’s easy to understand. The surge in popularity Durbach catalysed while Afro-Synth blossomed from cult blog to record shop and reissue label has allowed bubblegum to fall on European ears for the very first time, whereas to a South African dancer born in the early 1980s, it’s nothing more than pop music from their childhood. For the majority of young clubgoers, it's cursed with the terminally uncool status that music of their parents' generation bears. Whatever the direction of a DJ Okapi set, however, chances are it includes a release by Teal. As one of the biggest labels in South Africa at the time, the Teal stable was home to a number of popular acts, including bubblegum groups Zasha and Ashiko, the jazz outfit Sabela, popular female vocal ensemble Hot Soul Singers, as well as a host of talented solo artists, including Shangaan-disco heroes Joshiba and General Peter Maringa. 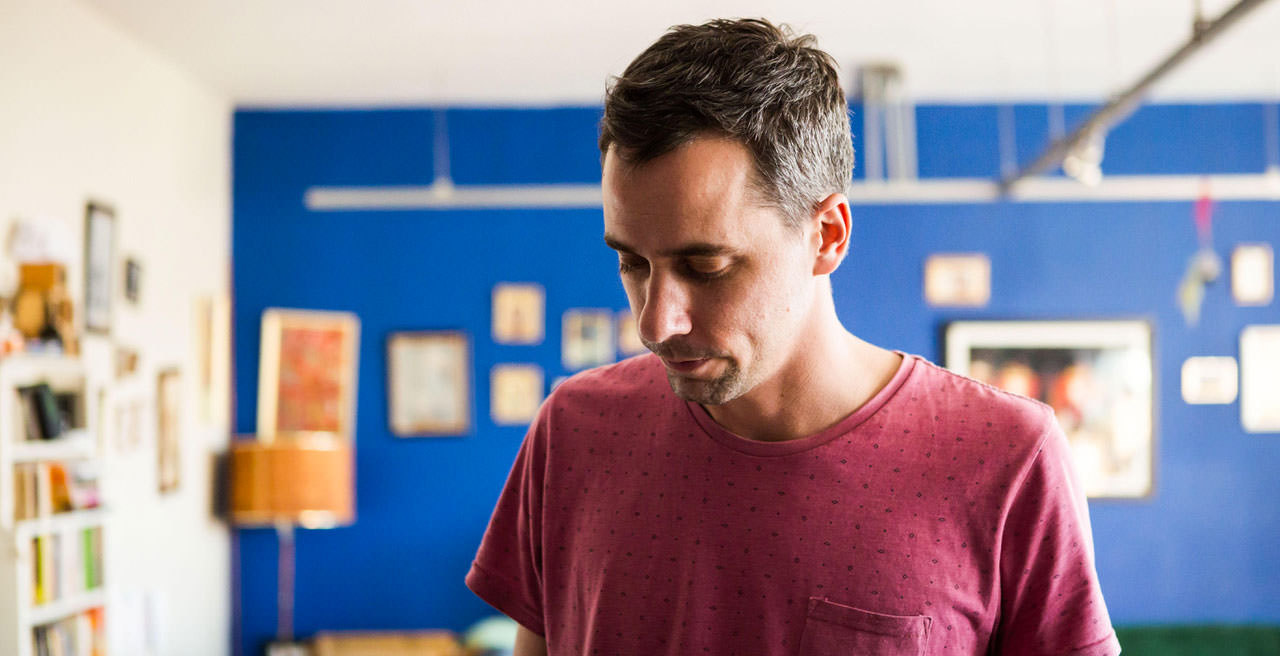 Aside from being blessed with a release on a label that would go on to become one of bubblegum’s standard bearers, these artists have something else in common: they all appear on Gumba Fire: Bubblegum Soul & Synth Boogie in 1980s South Africa, a new, 16 track compilation set for release on Soundway Records, compiled by Durbach and Soundway's founder Miles Cleret. To compress a decade long golden-era of pop from a nation as culturally diverse as South Africa sounds like a serious undertaking. I broach this topic with Durbach and he’s disarmingly modest about the whole thing. After Cleret approached him with the idea, the pair spent a week in Johannesburg on a journey through the jungle that is Durbach’s record collection. They decided to aim as high as possible in terms of quality and popularity at the time. “Miles himself as head of Soundway was able to open certain doors in the South African industry that I hadn’t previously been able to open to access the catalogue that we used for the compilation primarily.” 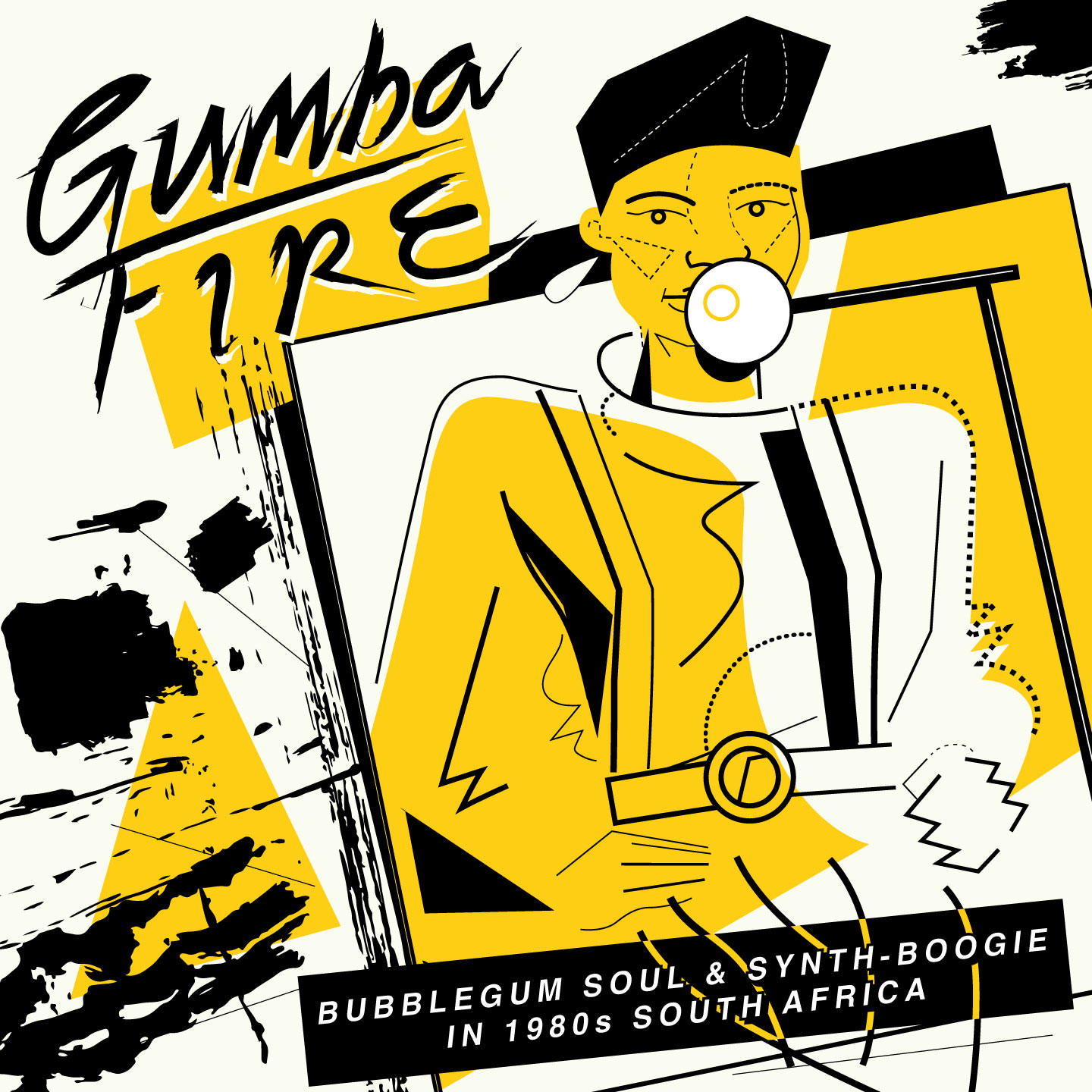 As bubblegum’s ambassador to the rest of the world, Durbach was entrusted by Cleret to take the lead on curation. Describing Gumba Fire’s outcome, Durbach says “the sound itself is primarily by full bands, not just producers, so this particular era that is covered mainly in the comp, at the time I think it was a reaction to where bubblegum was heading, as producers took hold and it became just a dance floor music. It was a kind of reaction to that by musicians who wanted to maintain the integrity of a full band sound. So in my opinion this is the pinnacle of musical complexity and musicianship of that era.” That he should be assigned the leading role for such an important project is testament to Durbach’s acutely refined ability as a selector, DJ, and subsequently, a true musical tastemaker. “Bubblegum from the beginning is often taken down as somehow not musical enough or ‘South African’ enough, but the songs selected hear, especially from the Teal catalogue which is I think like two thirds of the tracks, are by real bands. The sum total of multiple people working together instead of one guy putting out something on his own.” On the contrary, Durbach’s work as DJ Okapi demonstrates what one man’s determination and patience can do: unearth a cultural goldmine.