Music
Clockwork takes us on his 8 hour A Night With… journey this weekend at Basing House. Ahead of the marathon excursion we caught up with Francesco him for an, A Night With… discussion.
The simple concept behind the A Night With…series of parties, at which youre playing can be reduced to a sort of basic equation: 1 DJ/8 Hours. Whats the longest set youve ever played publicly, will this be it?
The longest I ever played was 6 hours and to be honest it was quite hard on me. I planned some segments of the set but I intend to improvise the rest of the way through, just to keep it Interesting for myself as well.
With such a long format, what kind of approach do you apply to your set? Have you got a few special extended versions in the bag, to cover toilet breaks? If so, what would you say is the greatest ever toilet break track?
As I said I did plan a few segments of roughly an hour each in which I’ll stick a little more to genres, but most of it will be a regular, improvised DJ set. Just a tad longer than what I’m used to playing. I do have quite a few 12 inches I could play as “toilet break” tracks but depending on how close the toilet is you can always play a (not such a long record) too. My favourite “toilet track” at the moment (if you can even call it that) has to be: Pulse – Markus Suckut on Stroboscopic Artefacts. 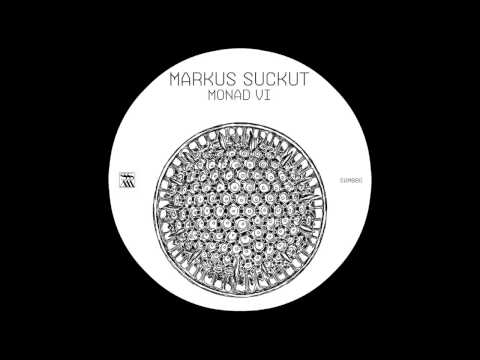 What were the key, seminal moments in your own discovery of electronic music?
Having had a classical conservatory upbringing until roughly the age of 14 I came across electronic music quite later than maybe other contemporary electronic musicians might of have. I started fiddling around and recording some of my own music but never really got anywhere as I just saw it as a fun mean to pass some extra time without having to play the drums or the piano or, as a matter of fact, read any music, but that conception soon changed. After a few years of fooling around with softwares and occasionally machines, I think had my first real connection with electronic music. I heard Apparat play a live set in ‘The End’ in London. I was 17 at the time and all I can remember thinking was “Holy Shit! I need to start getting my act together, I want to do this”. And that’s what I did.
If you had to send one record into space, to introduce extra terrestrials to human music, what record would you choose?
Cielo – Murcof from his 2007 LP – Cosmos.
If you were in charge of booking a fantasy A Night With…with any DJ – past or present, dead or alive – playing the entire eight hour duration of the night, who would it be?
Ryan Elliot. That would definitely ensure high quality music incorporated to real good times.
Please describe the best day of your life to date?
I had a few very good days of which I am very grateful for. Not at all sure which one would hit 1st place in that list though.
The most you’ve ever spent on a record.
I don’t think it’s actually calculable. I might start some ideas and just leave them for an unlimited amount of time till I’m either ready to go on with them or delete the whole project. Having said that, all the tracks I end up approving of are generally finished in limited amounts of time. I’m not a fan of the “over-working methodology”.
Whats the greatest live performance youve ever seen?
Chris Cunningham’s Live Audio + Visual show in London at Roundhouse.
Mind Blowing. That’s all I can say about that.
What piece of music makes you cry?
Austin Peralta – Mmhmmm (Flying Lotus + Thundercat cover) – LIVE at Cine Joia
If you could spend A Night With anyone – not necessarily music based – who would it be?
Larry David
Advance tickets available from RSN
SHARE
Facebook
Twitter
Pinterest
Reddit