South London has been churning out sonically gifted artists for quite some time now. Its contemporary jazz scene is well and truly alive, pulsing vivid ally with the sounds of multi-cultural, urban relevance and the greats of bygone eras.

Bubbling from within the creative hub is a thriving community who recognise the importance of the cross over. Rhythm Section and Church are two labels that wrap the warmth of ambient, left leaning house, shit hot jazz and the cultural fascinations of world music in a loving embrace. I remember stumbling across Church, Coastal Haze and All My Thoughts on Bandcamp and feeling like I had uncovered a gold mine. Imagine my surprise when I realised all three were created by the same person.

Seb Wildblood has been quietly uncovering some of the most exciting talents within electronic music. Each imprint has a distinct identity. Church has its contemporary jazz feel, while Coastal Haze conjures up vivid images of aquatic dreams and summer days.

All My Thoughts maintains a distinctly clubbier personality, whilst staying true to its self-reflective title. It’s the label that Seb has chosen for his most recent release, Grab The Wheel, arguably his most club ready outing to date.

I caught up with the hardest working man in electronic music to talk about his forthcoming LP, stumbling across contemporary jazz masterpieces on YouTube and dropping garage heat into his sets.

When were you first exposed to electronic music?

When I was 17 or so my brother lived in Manchester so I would visit most weekends. I’d say those were my first moments of ‘epiphany’. I then moved to London and got a job programming at Corsica Studios. There I was becoming deeply immersed in the scene and started to DJ at a weekly party.

Where does the jazz influence come from within your music? Releases on Church maintain a distinct contemporary jazz feel.

I never grew up with jazz, I came across it mostly through web searching. Then I started taking the small steps into discovering what jazz is. I wanted to incorporate some of those sounds into my productions, so I started digging deeper into it after sampling to discover what those samples meant culturally as well as sonically. If you look at South London / Peckham now jazz is so prominent, and that’s a lot to do with the labels here that have been a part of that. I recently started an alias to release this side of my catalogue going forward. The first record is a collaboration with another artist from South London who's been making some pretty big waves lately. This came out a month or so ago and shouldn’t be too hard to suss if you do your digging.

You run three different record labels – Church, Coastal Haze and All My Thoughts. Each one has a particular feel. Was that intended when you had the initial ideas for them?

Church was the first and has had a very organic evolution. With Coastal Haze there was definitely an initial idea of what the identity should be, solely based on the name as you can’t really get away from that. This year has seen releases from D.Tiffany, Ciel, OMMA & a bunch more so it’s been really great. All My Thoughts was intended to be a little deeper, be it an ambient album or a 4 track heads down club EP. I hope there’s a coherence within each imprint that can be recognised. All this being said, the labels are constantly evolving and I feel like there’s a lot more potential for crossover now than there maybe could have been a couple of years ago.

Yeah, lines are completely blurred now when it comes to genre. Even as a journalist, you can’t just group things up any more. There’s so much crossing over.

Definitely, I’m looking at the release schedule for the next 12 months and I must say what’s coming up for Church is a lot more eclectic than it has been. 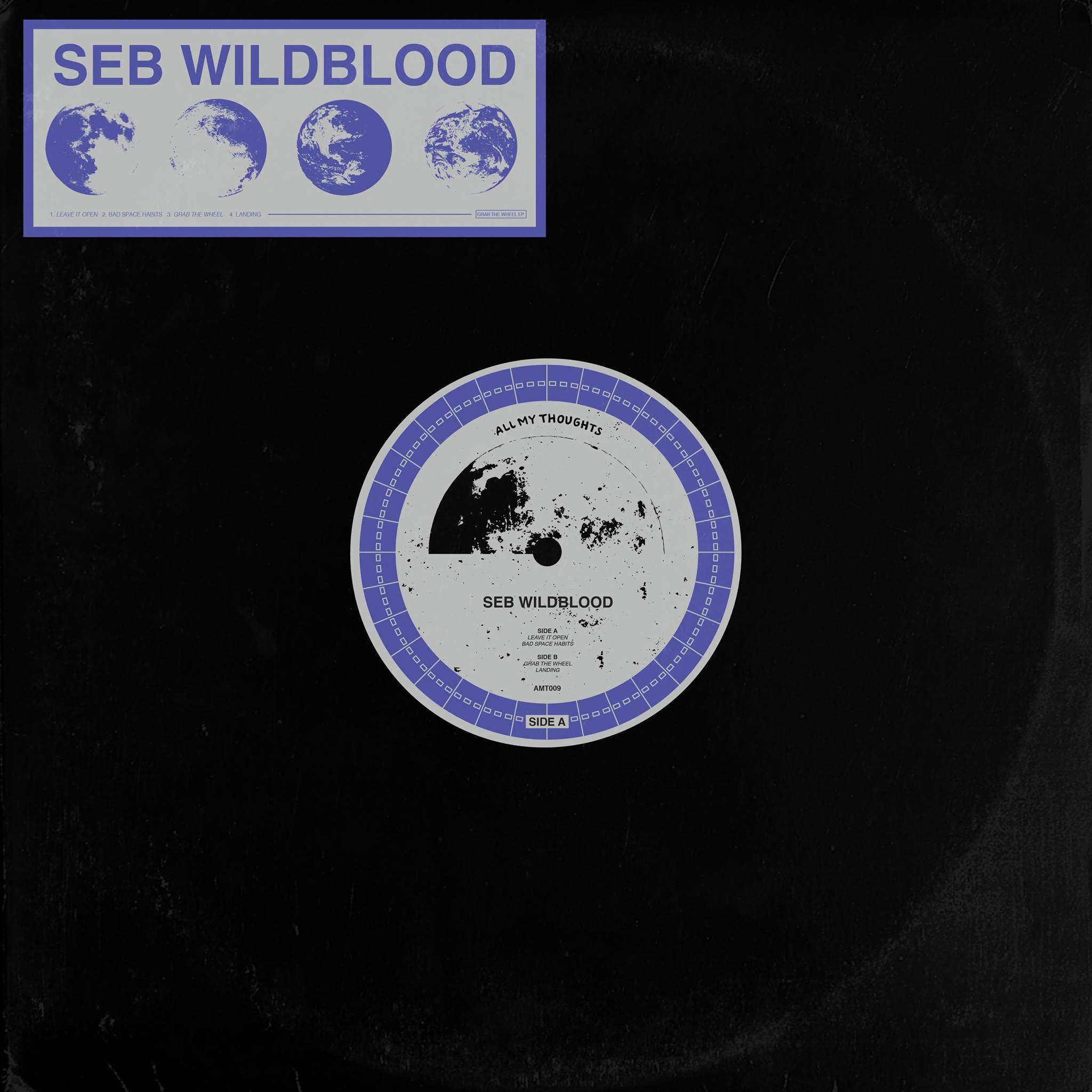 Your latest release, Grab The Wheel, was born while traveling and was inspired by the idea of traveling through space and time. Can you elaborate on that a little? What is it about the idea that fascinates you so much?

I was imagining the idea of traveling through space and time and how that would sound to me. Throughout the writing process, I wanted to build on that idea so naturally, some of the most interesting initial bits were started on my laptop on planes or in hotels. Lately, I’ve also been watching a lot of sci-fi…a dream of mine would be to score a soundtrack. I think there’s a common misconception of what a Seb Wildblood DJ set should / would sound like. Lately, I've been playing a lot of different festivals, clubs, and stages and this EP is also about trying to translate some of the sounds I’ve been DJing in clubbier environments to my own productions. This isn’t to say all my DJ sets will sound this way, I’d just rather not be pigeonholed.

We hear you have a forthcoming LP on the way? ‘Landing’ is very sensual, a lot more downtempo. Is that a sign of things to come?

That’s definitely an introduction to it but the LP will incorporate more live elements. It will probably be my most down-tempo record to date. It’s me jamming out with little to no samples. There’s also a live show in the works for 2019.

‘Bad Space Habits’ is inspired by your love of garage. We’ve discussed the misconceptions of your sets – you can play clubbier stuff and have been for a while. Is there any particular garage records you’ve been dropping in lately?

Are there any other projects that you’ve been working on that we should keep an eye out for?

A few artists that have released on Coastal Haze are putting together a collective record for the label. Early next year, we will be releasing Julius Steinhoff on Church as well as a Hidden Spheres project featuring Oscar Jerome… shout out to Yu Su on the remix! For all my thoughts, we still start a semi-residency at a new space in South London. I'll be inviting guests from all three labels to join me for all night long sessions.  Oh, and I’ve got a dog that needs walking, too